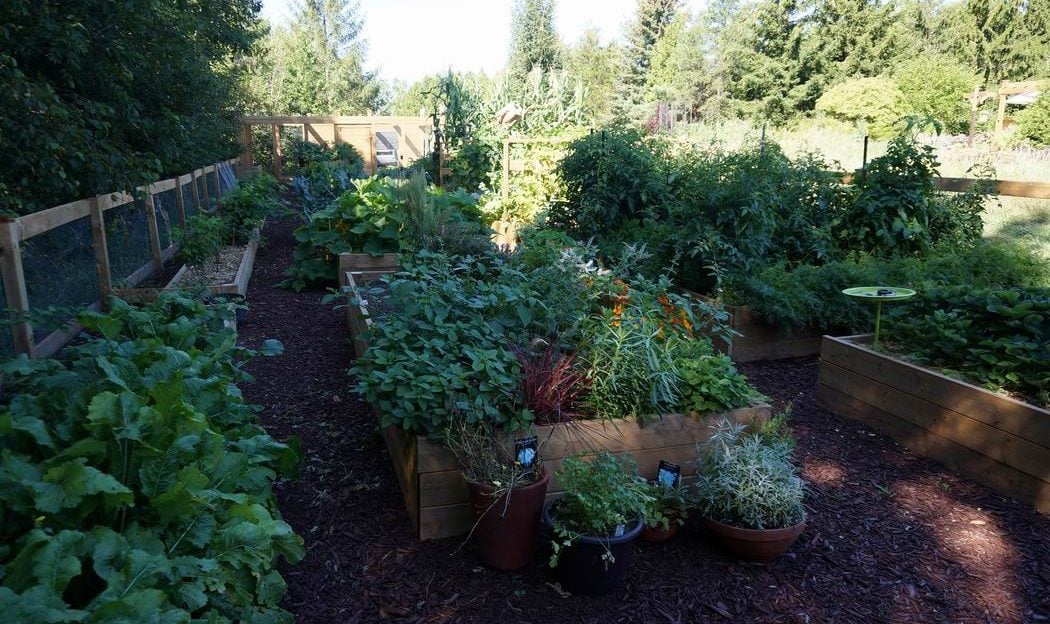 Carson Arthur is such a fan of raised beds that he has 25 of his own.
PHOTO CREDIT Courtesy Carson Arthur

The most requested outdoor feature for the 2019 backyard is… (insert drumroll here) raised vegetable planters.

Surprised? With so many Canadians growing their own vegetables at home now, the raised planter has become the must-have item. Over and over, I have clients asking to remove large sections of their backyard spaces to install vegetable gardens.

Part of this comes from the new Canadian food guide, which has an increased emphasis on eating plant-based food. The other factor: food prices continue to climb with an expected jump this year of 3.5 per cent.

When choosing the right garden for you, consider going with a raised planter. Raised vegetable planters have some significant benefits over just plowing out a section in the lawn.

Weed control: A large portion of weeds that live in our yards travel under the soil via rhizomes (rootlets). With a raised bed, you can place a liner of garden cloth at the bottom to completely prevent new ones from invading your soil.

Another simple trick is to put a good layer of cardboard in the bottom of your planter before you fill it. The cardboard will naturally stop any weeds from growing up into your raised bed. As it breaks down, the cardboard also feeds your plants!

Even the weeds that spread via seeds, like dandelions, have a harder time getting over the walls of your garden, providing less competition for your veggies.

Pest control: Vermin, like gophers and groundhogs, are limited in their ability to get into the beds because they don’t jump. A planter that is 50 centimetres tall is even effective in stopping some rabbits as they are reluctant to leave the safety of the ground. If you have a real pest problem, consider putting your planters on legs.

Better soil: While the soil in your yard might be great for trees and perennials, vegetables like to get special treatment. Filling your beds with a high-grade triple mix (topsoil, peat, and compost or manure) ensures that your tomatoes are getting the best.

Another benefit to adding your own soil is that you can better control compaction, making it easier for the roots of the plants to access more nutrients and water — and produce better returns for you!

Accessibility: A raised planter means gardening where you can reach it without having to bend over. It’s a dream for anyone who has strained their back digging on their knees in a vegetable bed.

Higher definitely makes it easier, but also consider that you can control the pathways in between the beds, making them level and more stable for walking.

One caution: don’t make your raised bed too wide. Keep them between four and five feet so that you can easily reach into the middle.

Appearance: No one can deny that a raised bed just looks good. They are neat and tidy, with all of the soil contained in one space. Having multiple beds is perfect for those like me who want organization, even outdoors. 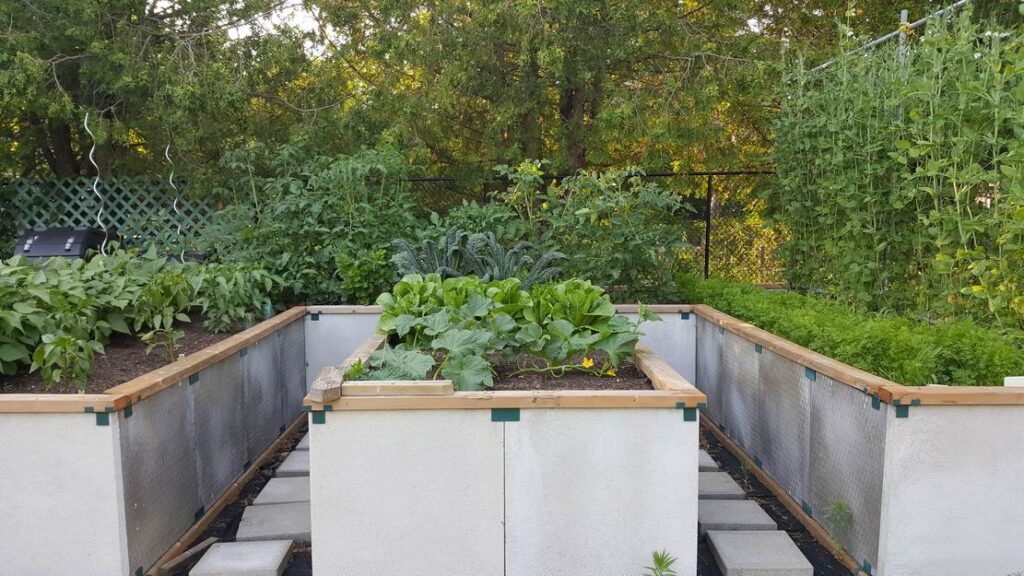 This raised bed, which is not one of Carson Arthur’s, is made with a wood frame and patio stone ‘walls’ in the shape of a giant E.

I’m such a fan of the raised bed, that I built 25 of my own raised planters, complete with trellises for beans and peas. My garden is probably a little big for most homeowners but adding a few raised beds is simple. It’s literally a wood box on the ground filled with soil. The key is using the right products for your bed.

The type of wood that you use is a big deal. Wood is porous; anything that is on the wood will eventually leach into your garden and get into your veggies. Using clean woods that can handle moisture are your best bet.

Cedar has traditionally been considered the best choice. It is a “clean” wood, which means that it doesn’t have any preservatives or chemicals. This product can be harder to find and often more expensive.

Pressure treated is a blend of woods that have been treated to withstand the elements longer. Up until recently, I would never consider using pressure treated because testing showed that the preservatives would leach out of the wood and into the soil, eventually being absorbed into the plants themselves.

However, new technology from MicroPro Sienna is making treated wood garden friendly. The copper used in the treatment of the wood goes inert when it comes in contact with the soil, allowing it to be used in vegetable gardens and children’s playgrounds and decks. It has also passed through environmental testing to be used around freshwater lakes and rivers.

A word of caution: Not all pressure-treated woods are safe. MicroPro is the only one that has been tested and proven to be garden safe. Read about its environmental certifications.

So, if you’ve been thinking of raised beds, now’s the time to get on trend with a vegetable garden perfect for your own family.