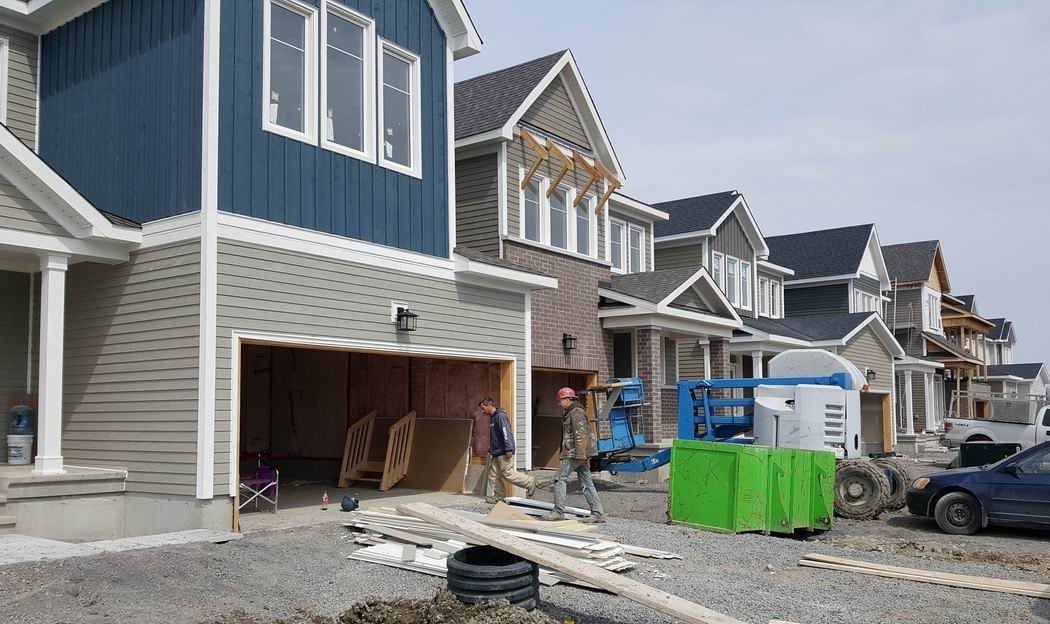 March new home sales in Ottawa were up 23 per cent from a year earlier.

Ottawa’s new home sales numbers in March were hopping, despite a winter that didn’t seem to want to end, with totals surging almost 25 per cent above what they were the previous year, according to the latest industry report.

The monthly report prepared by PMA Brethour Realty Group for the Greater Ottawa Home Builders’ Association recorded 582 new homes sold in March, a jump of 23 per cent over the 472 homes sold in March 2018 and more than 25 per cent higher than the five-year average.

The March tally was also more than 50 per cent greater than the number of homes sold in February (376), although it’s not surprising for numbers to jump as we come out of winter and slip into the busy spring market.

“The increase in March new homes sales over March of the previous year was primarily the result of significant pent-up demand aligning with new product coming to market,” says PMA’s Ottawa president, Cheryl Rice. “Pitched tents and long lineups at new openings and product releases have become more the norm than the exception, with some new home builders using a lottery system to manage crowds.”

Along with pent-up interest, Rice also attributes the higher sales numbers to an interest rate that remains unchanged for now, a federal election on the horizon, and savvy consumers who know that spring brings higher prices. “These are factors that can fuel demand and create a sense of urgency for buyers to ‘buy now’.”

March releases by Minto and Mattamy in particular generated 18 per cent of the monthly total of sales, Rice says. Mattamy released back-to-back townhomes at Wateridge Village and sold most of them, while Minto launched stacked towns at Morgan’s Creek (selling all units in the initial release) and brought more singles, towns and back-to-back towns to Quinn’s Pointe.

Townhomes are continuing their popularity, grabbing 56 per cent of the share of sales in March. Historically, townhomes and singles will jockey for the top spot in sales, with each hovering around 35-40 per cent, but in the past two years towns have been especially popular — when there have been any available to buy — attracting both first-time buyers and downsizers.

The resale market is also having an effect on new home purchases as a chronic shortage of resale homes available to buy has dragged on for more than a year.

U.S. vs. Canadian housing: Who won and who lost in the last decade