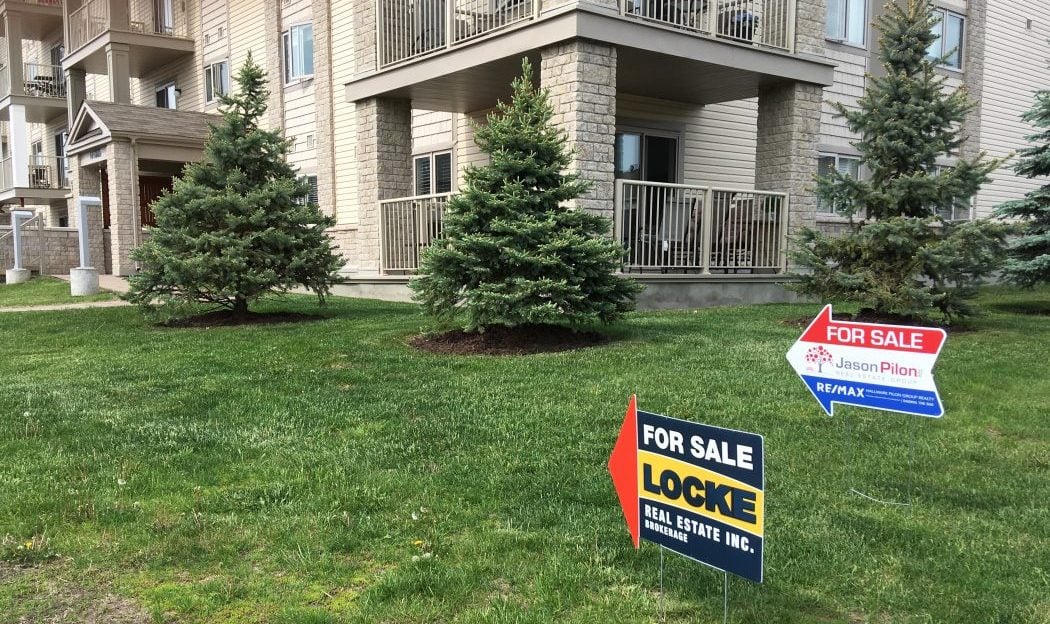 The pandemic sparked a precipitous drop in Ottawa’s resale market in April, according to numbers from the Ottawa Real Estate Board.

The board reported that its members sold just 913 residential properties through the Multiple Listing Service (MLS) System last month. That’s a 55-per-cent tumble from the 2,025 homes sold in the same month last year. The five-year average for April unit sales is 1,692.

On the plus side, at least for sellers, prices last month grew by over six per cent compared to April 2019.

“While the Ottawa real estate market statistics for April come as no surprise, they are a stark contrast to the previous month and the year-over-year figures for April 2019,” said board president Deb Burgoyne in a statement.

April’s sales included 700 in the residential-property class, down 56 per cent from a year ago. Condominium sales came in at just 213, a decrease of 51 per cent from April of last year.

Almost without exception, every type of property saw a drop in sales, from bungalows and two-storey homes to one- and two-level condos. This was true despite Realtors switching to technology by streaming open houses and offering virtual tours as a way of marketing their properties.

With potential home buyers locked down, a similar situation is emerging in cities like Toronto, Calgary and Vancouver, according to local real estate boards. In the Greater Toronto Area, for instance, home sales slid 67 per cent compared to April 2019.

April’s average sale price for a residential-class property in Ottawa was $521,694, an increase of almost seven per cent from a year ago. Condominiums averaged $327,813, up more than six per cent. Those increases continue the upward price trend this year, with residential-class homes up 18.5 per cent year-to-date compared to 2019 and condos up 15.1 per cent.

While prices were up last month, inventory dropped like a stone. The inventory of residential-class properties was down 45 per cent and condos 55 per cent.

When it came to prices, Burgoyne said, “While the number of unit sales has decreased substantially, residential prices are still holding their own and are up over last year’s figures, with properties often selling above the asking price.”

April prices were also up in the GTA and Vancouver but slipped almost eight per cent in Calgary, where tumbling oil prices have waged war on the province’s economy.

Despite the current market’s decline, Burgoyne remains optimistic about long-term prospects in Ottawa. “There is still a holdover of pent-up demand in our marketplace,” she said. “We believe that when the market opens up again, although it won’t be business as usual, sales will rebound and make up for the decline the spring market has experienced.”

A first timer buys in Ottawa during the pandemic

Can I buy a home during the pandemic?

Getting ready to sell your home: What you need to know

March resales slow in Ottawa in face of the pandemic