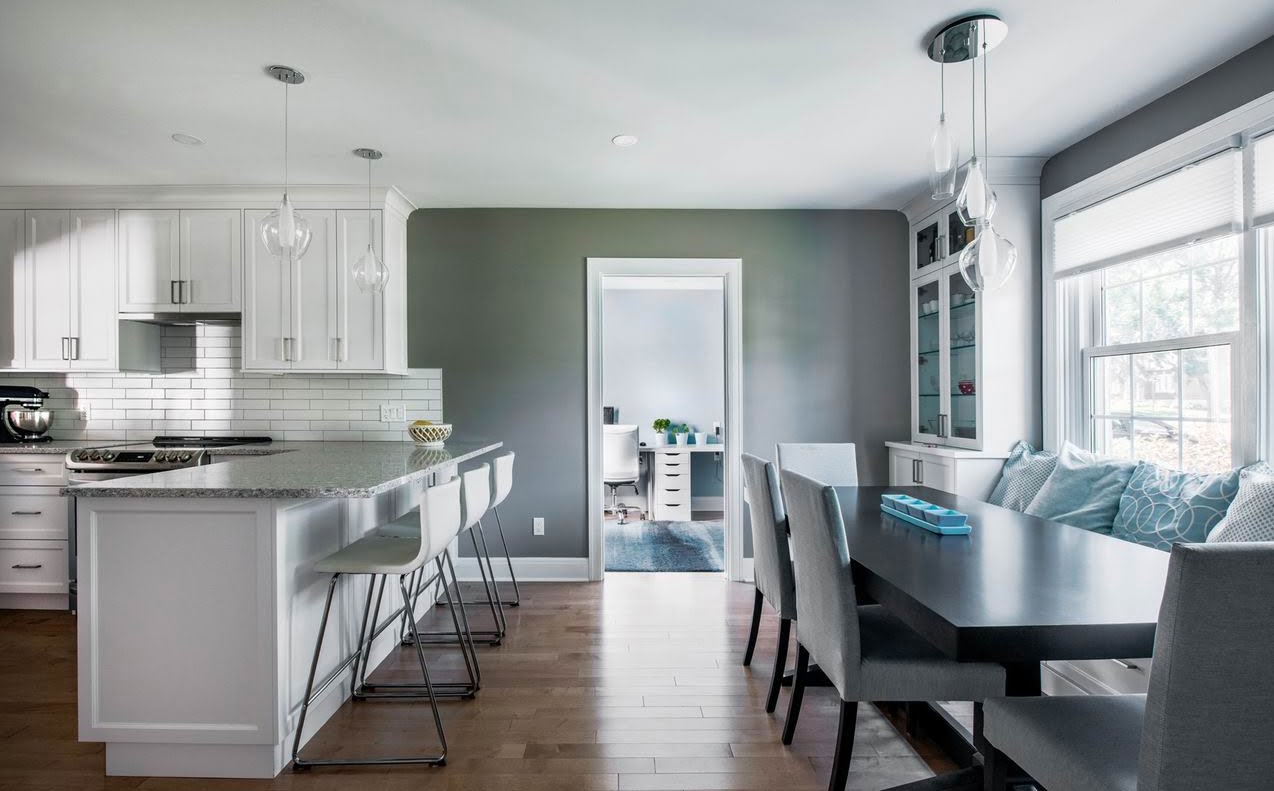 Photo credit: Gordon King Photography
An updated kitchen and dining room, plus the addition of a home office, has been a lifesaver for this Westboro family.

It’s almost as if they knew a pandemic was coming.

A timely renovation to their Westboro home that was finished mere months before the pandemic hit has meant a growing family of five could weather repeated lockdowns in a home that gave them the space they need to work, gather and find privacy.

“It couldn’t have come at a better time,” says Paulette MacGregor, a project co-ordinator with Amsted Design-Build, who oversaw the project.

The renovation began because owners Erin and Simon Kaegi could no longer live with their seriously outdated kitchen. In the home since 2003, they managed while the kids were young, but “we wanted a space that would work for our changing needs as our kids got older,” says Erin. The old kitchen was original to the 1940s home.

The kitchen was original to the 1940s home. That meant a decidedly dated look and a space that did not function well. It was sandwiched between a too-small dining room and an add-on family room, with clunky pass-throughs to both. And a large chunk of lower cabinets was missing from one side, although it made a handy under-counter dog bed for their golden retriever.

The Kaegis took advantage of the makeover to also convert a poorly built three-season porch off the dining room into a four-season home office, a move that proved to be particularly timely given that less than a year after the project was complete the pandemic hit, forcing the family to work from home.

“Both of us are in meetings basically all day and to have the office, to have an additional area where one of us can shut the door and have privacy, is critical with three kids running around,” says Simon.

The renovation was a 14-week project that involved the kitchen, the dining room and the porch-turned-office. The goal was to create spaces with improved flow and function.

The kitchen needed a major update. Features and finishes were old and failing, appliances were not in the best spots, it was dark and cramped and needed to be larger, with more storage, and better organized.

The dining room was the only space the whole family could gather to eat, yet it was small and cramped, with the traffic flow to the three-season porch very tight. And the porch needed to become year-round living space.

“A three-season room in Ottawa is really only a one-season room, and it wasn’t very well built,” Amsted president Steve Barkhouse explained in a CTV appearance last fall in which he shared the project. 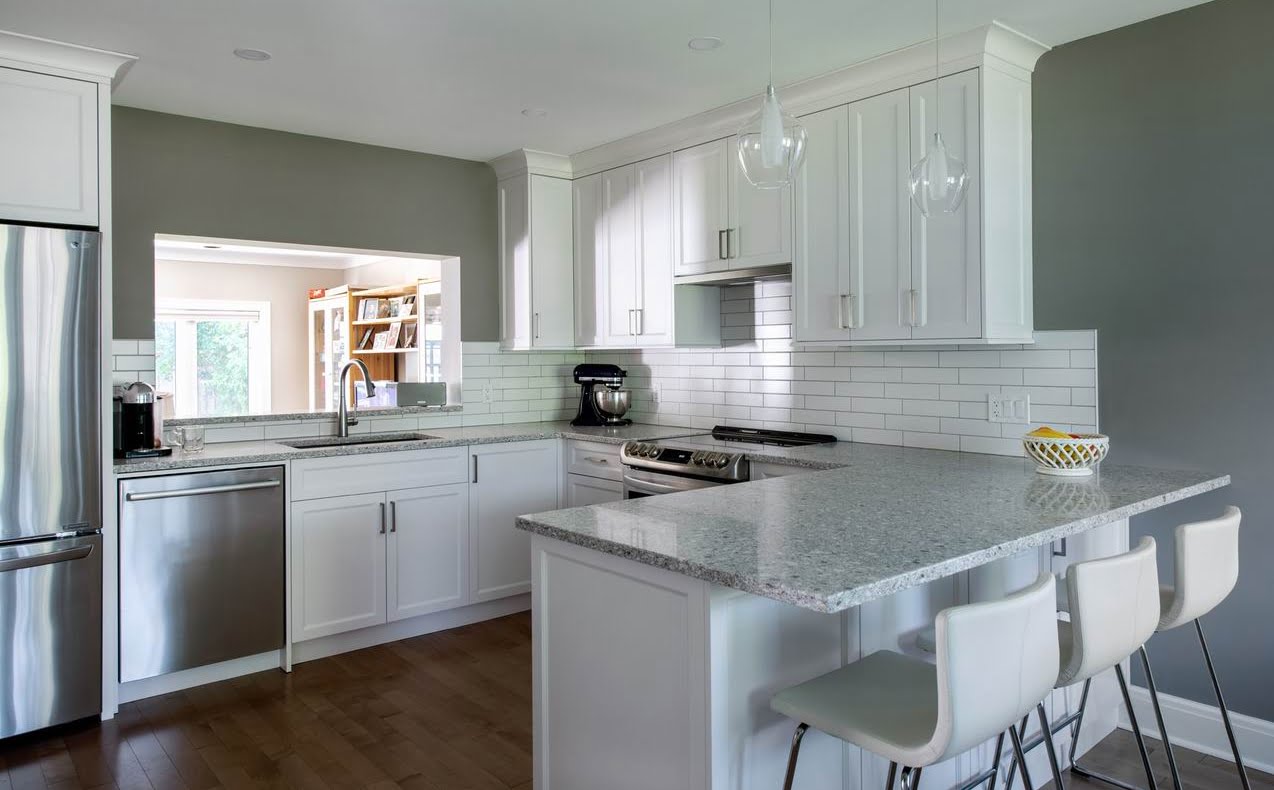 The new kitchen is open, light and airy, creating a better connection to both the family room and the dining room. Photo: Gordon King Photography

As the heart of the home, this kitchen had no heart. The solution was to gut it, blow out the wall separating it from the dining room and create a new, efficient layout that replaced the awkward wall with a handy peninsula for maximum counter space and casual seating.

“Peninsulas are really sought after right now,” Barkhouse says. “People love being able to pull the chairs up (and) they’re a really great work station.”

Fresh white Shaker cabinets add an airy timelessness to the home and the infusion of natural light (where there had been none before) creates a welcoming space.

Cabinetry that was lost in taking down the wall has been replaced by a full-wall pantry opposite the stove and the pass-through into the family room was widened, with the sink centred in the opening. 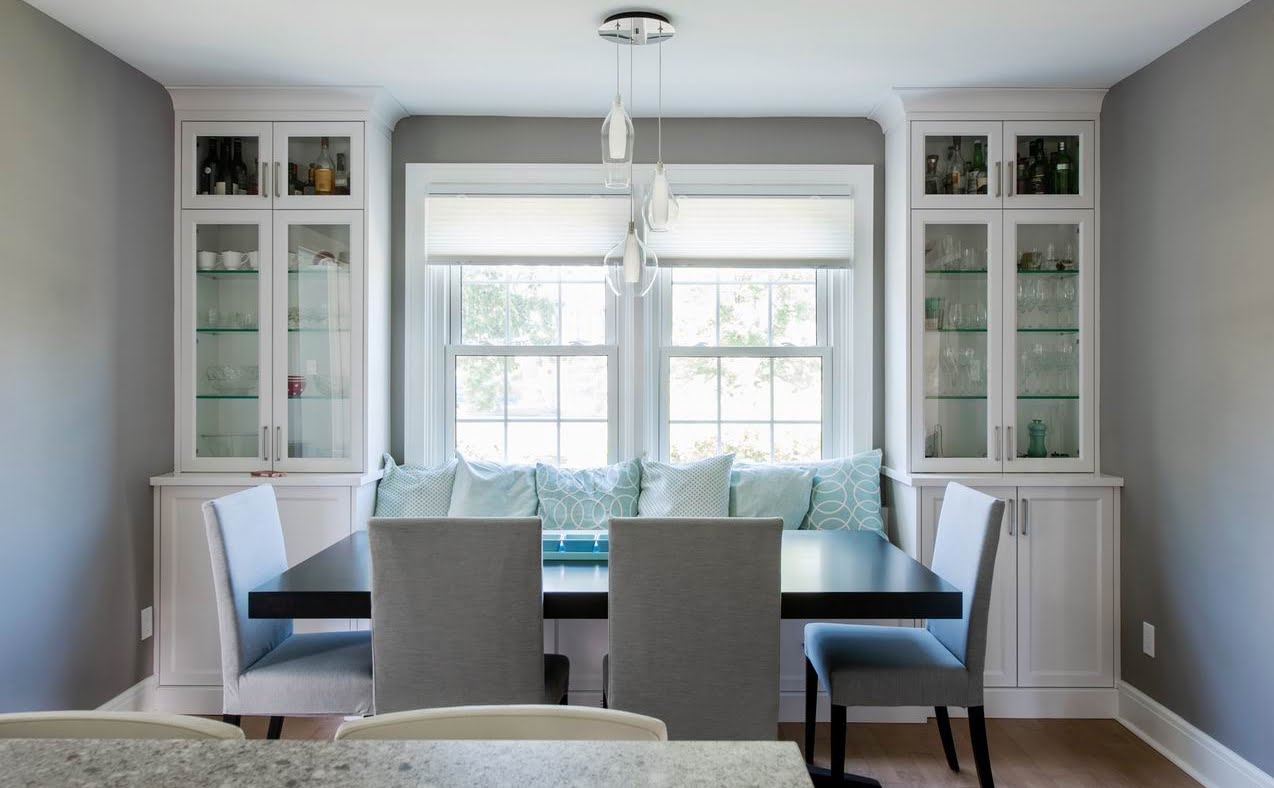 Creating built-in bench seating flanked by display cabinets saves space and gives the appearance of always having been there. Photo: Gordon King Photography

A built-in window bench flanked by storage cabinets has the appearance of always being there, adding to the charm of the space.

It also conveniently creates glassed-in storage for displaying favourite items (including Simon’s scotch collection) and easy family seating that still leaves room for everyone to walk through to the new office.

“We play family games there nearly every night over dinner, so it has become a congregating space for us, in the way we hoped it would,” says Erin. 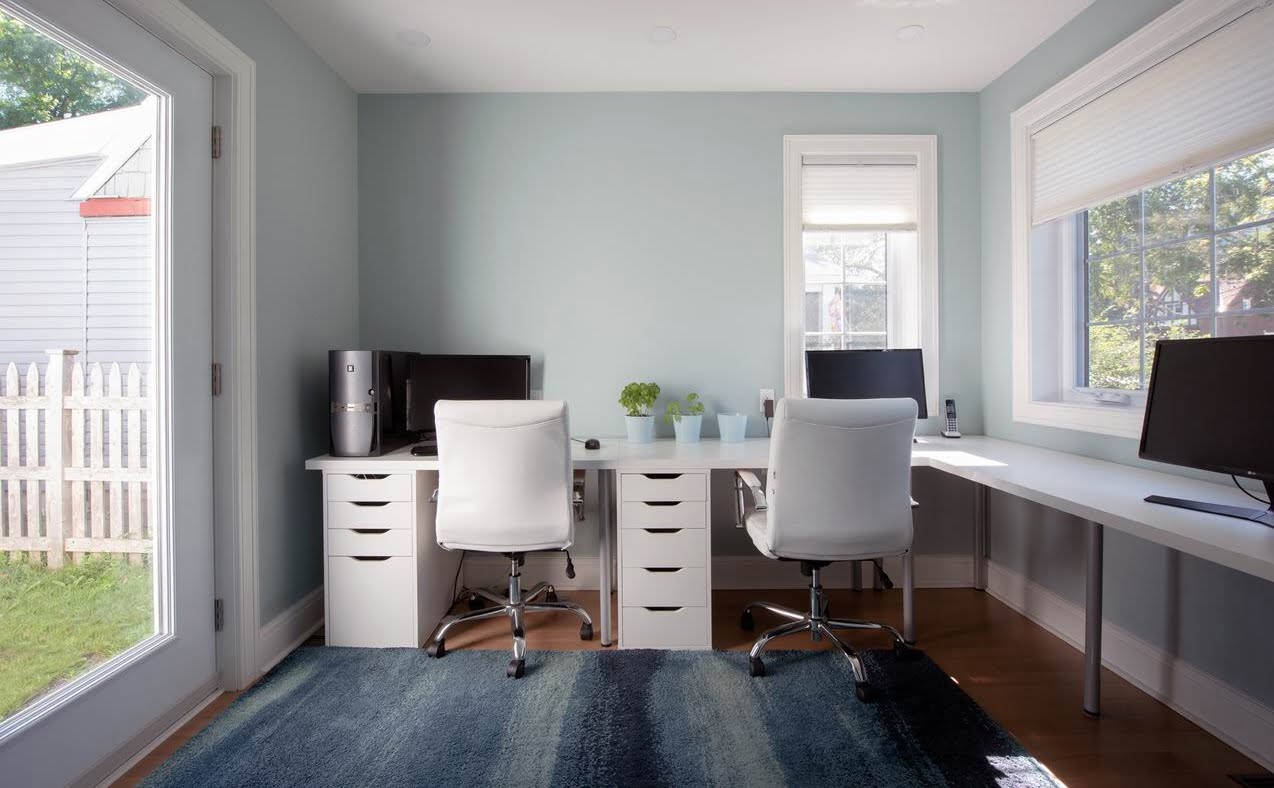 Before the renovation, a desk in the family room was an inconvenient option whatever the task — working, doing homework or relaxing.

Claiming the porch as indoor living space meant completely redoing the room. The addition was grandfathered on the width, which is very close to the home next door. That meant they could rebuild using the existing footprint.

Rather than creating a new foundation, the room is anchored using helical piers — essentially giant screws fastened into the ground — then closed in with cement board and parged to look similar to the rest of the home’s foundation.

“From the outside looking in it has a very cohesive finish,” MacGregor says.

Now a four-season room, the office is bright, easily seats multiple family members and offers a quiet space to work.

The renovation, says Erin, “really has transformed our ability to use our space and during the pandemic that has just been a lifesaver.” 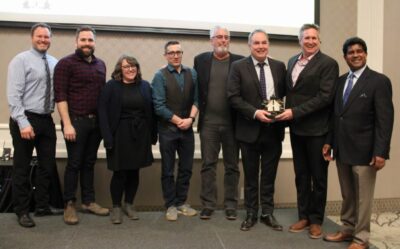 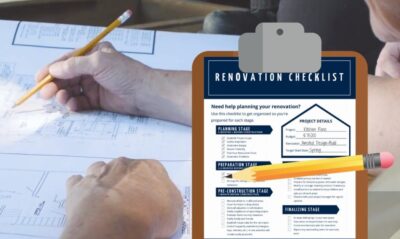 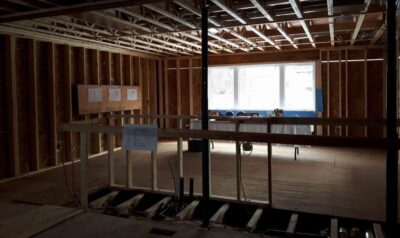 Getting ready for a renovation 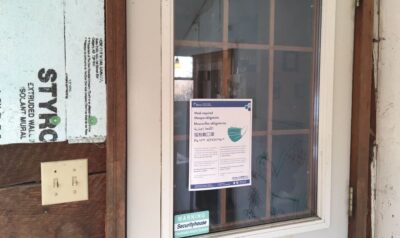 More from
All Things Home®
Planning a reno? Get tips & advice on doing it
Home improvement experts Check out our business directory
Mini Reno Guide Download your free copy to keep your reno on track
ADVERTISEMENT