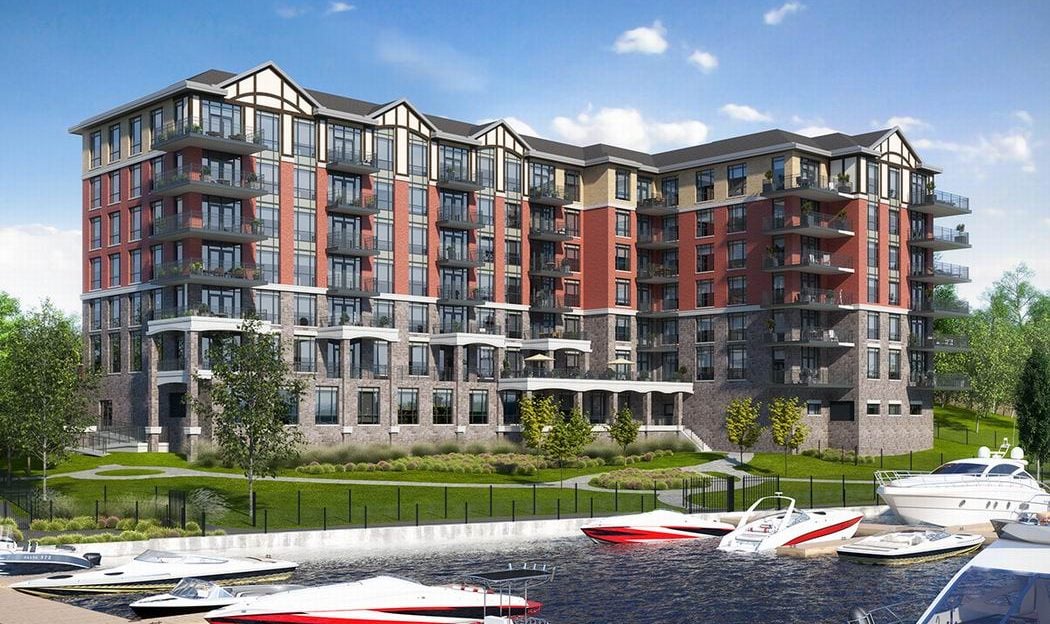 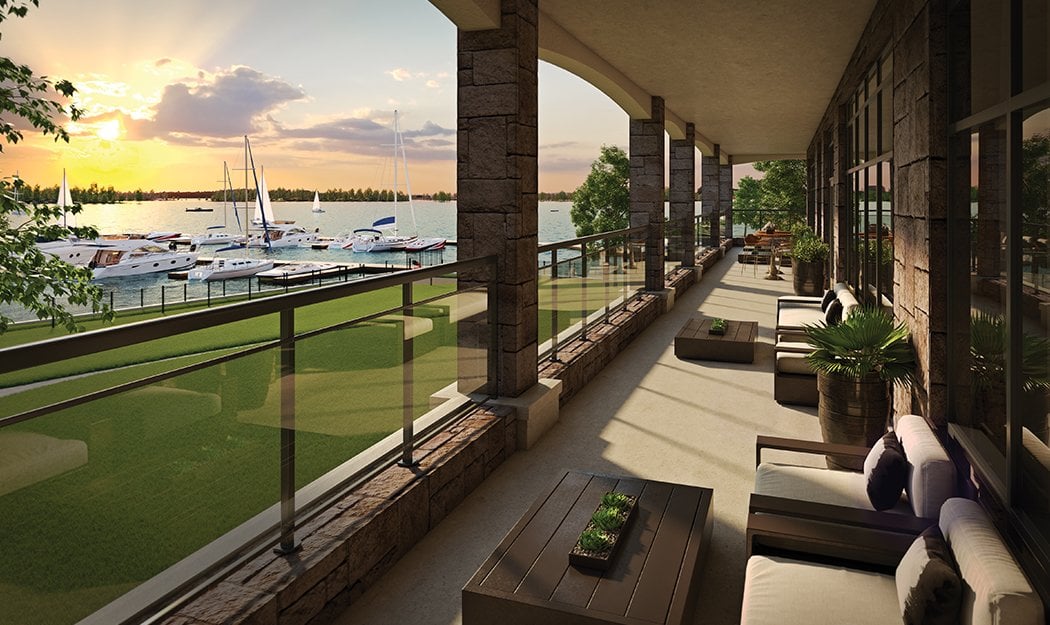 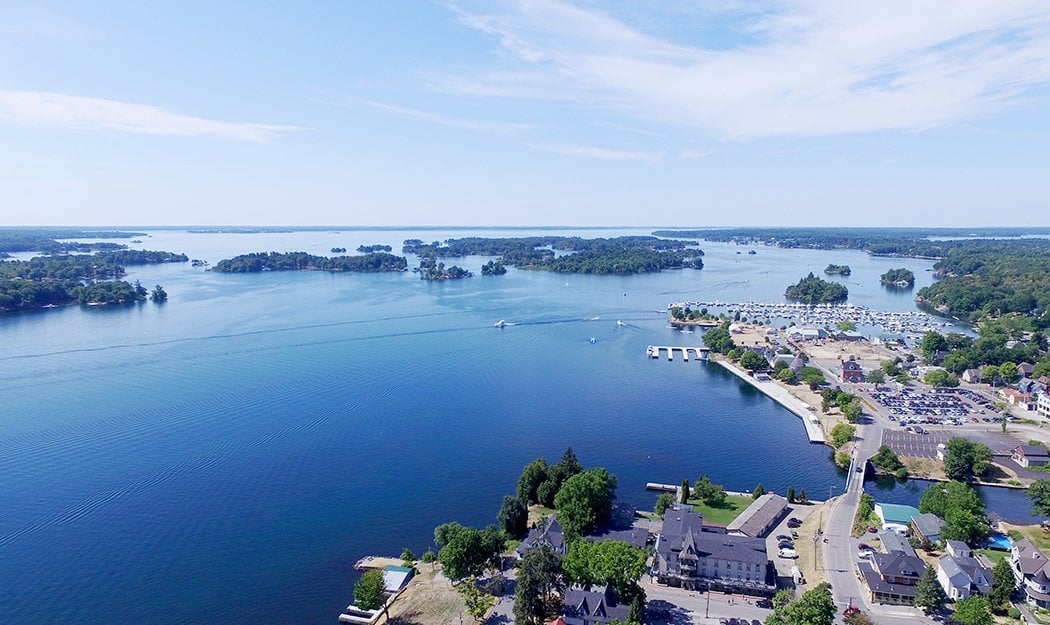 If you like the idea of a cottage with a concierge, the condo project Stone and South On The River in Gananoque is for you.

Marrying the best of cottage living – think fantastic water views, a private marina and relaxed atmosphere – with all the comforts of home, this unique development on the St. Lawrence River is perfect for downsizers, for those seeking a weekend retreat, or for anyone who loves waterfront living.

“You have the cottage feel, the water, all the recreational amenities that you want, but if you want to go to a play, if you want to walk to have a coffee, if you want to go to dinner, you can do that,” says Gennaro DiSanto, CEO of builder CaraCo Development Corp. He’s referring to the fact that Stone and South is located next to the Thousand Islands Playhouse, as well as other shops, services and restaurants of downtown Gananoque.

DiSanto has been so taken with project that he’s bought a unit for himself. 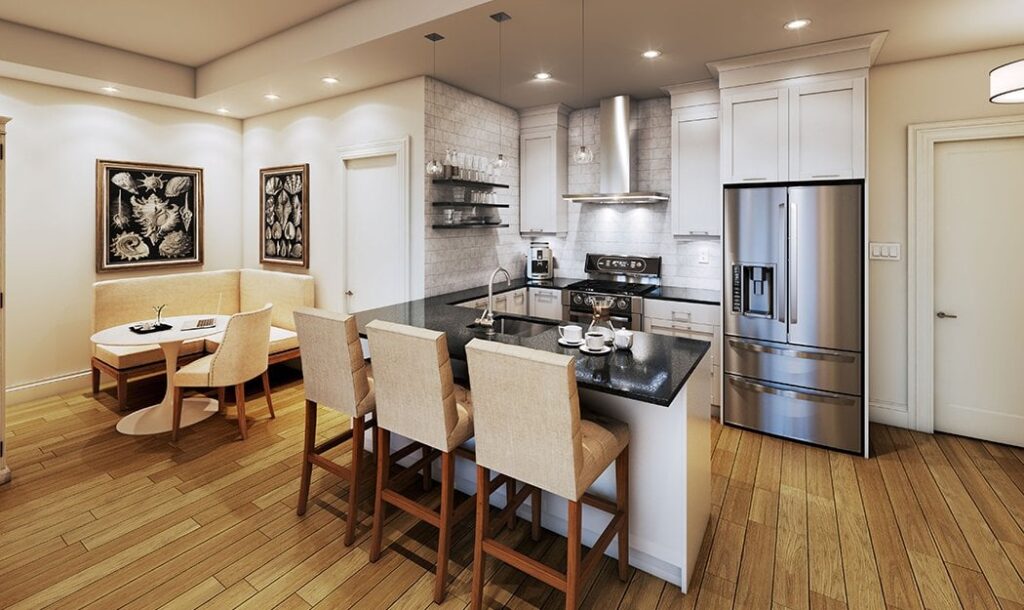 “A lot of the people moving in are people who are coming from larger homes and we want to give them the same kind of luxuries and conveniences that they have in living where they are now,” DiSanto says in explaining those amenities.

More: Check out our Stone & South project summary, including pricing

Originally launched about two years ago as a larger project, featuring 130 units in the first of two buildings planned for the site, Stone and South underwent a partial redesign when CaraCo realized the smaller units that faced away from the river were not popular.

“We quickly discovered that no one was interested in the non-water-view units even though they were priced significantly less than the water-view units,” says DiSanto. “It became abundantly clear that if you’re going to live on the water, you want to see the water.” 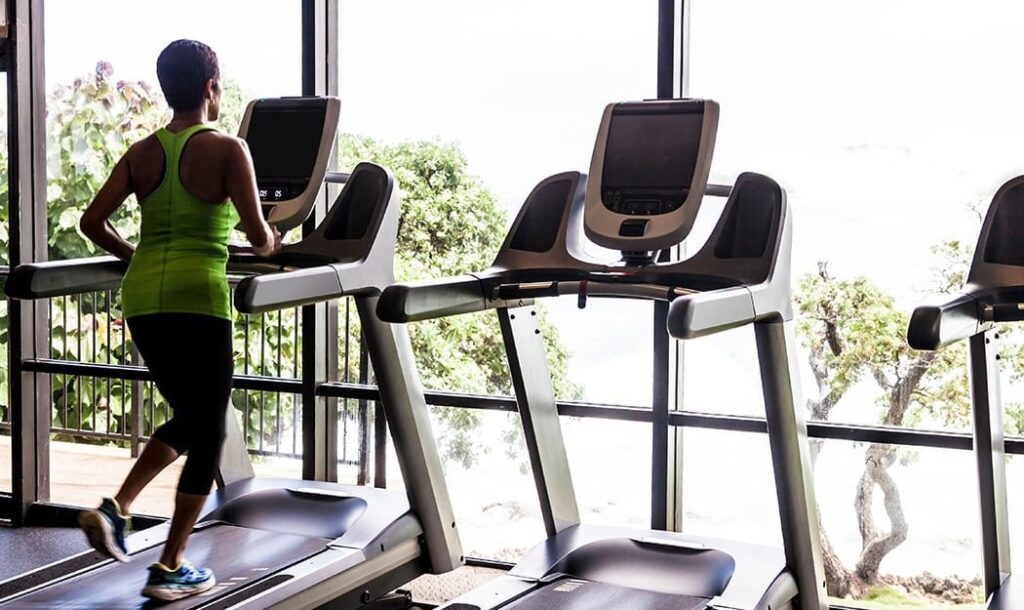 CaraCo basically cut the building in half, removing the north-facing units and leaving 41 south-facing ones. The effect has been to create a more intimate condo community of larger units that all have river views and are connected by open-concept hallways that have windows instead of across-the-hall apartments.

“And as soon as you open your door into your unit, you look across and there’s the water,” says DiSanto. “Basically, your entire south-facing exposure is views of the water.”

Relaunched over the Victoria Day weekend in May, about half the units have sold and construction is expected to begin in the fall.

DiSanto says the project is attracting buyers from both Ottawa and Toronto who appreciate the leisurely pace Stone and South offers without the isolation of a traditional cottage. 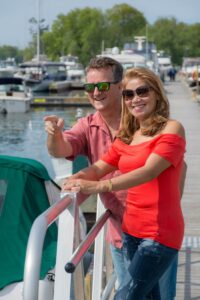 For Tessie and Luc Lalonde of Ottawa, who are looking to retire in a few years and love to travel, the appeal is both the lock-and-leave lifestyle and the great location.

“We love the water, and we really wanted our retirement home to be easy to maintain,” Luc says in a release put out by CaraCo. And thinking practically about aging in place, they see Stone and South as a “great place to relax and enjoy life, and looking ahead, we’ll also be close to health care centres and hospitals in the Kingston and Brockville areas.”

The Lalondes chose the 1,267-square-foot, two-bedroom Camelot Island unit, which includes a wraparound balcony for enjoying the river.

Remaining units are either two or three bedrooms and range from 913 to 1,579 square feet. They come with nine- or 10-foot ceilings, floor-to-ceiling windows, open-concept layouts, engineered hardwood and either quartz or granite counters.

Going for an urban rustic feel, Mariah Hamilton of The Milborne Group, which represents Stone and South, says the units are like having “a maintenance-free cottage in a resort setting. Completely unobstructed views, expansive windows overlooking the Thousand Island, large balconies: This is boutique small-scale living, not a high-rise.” 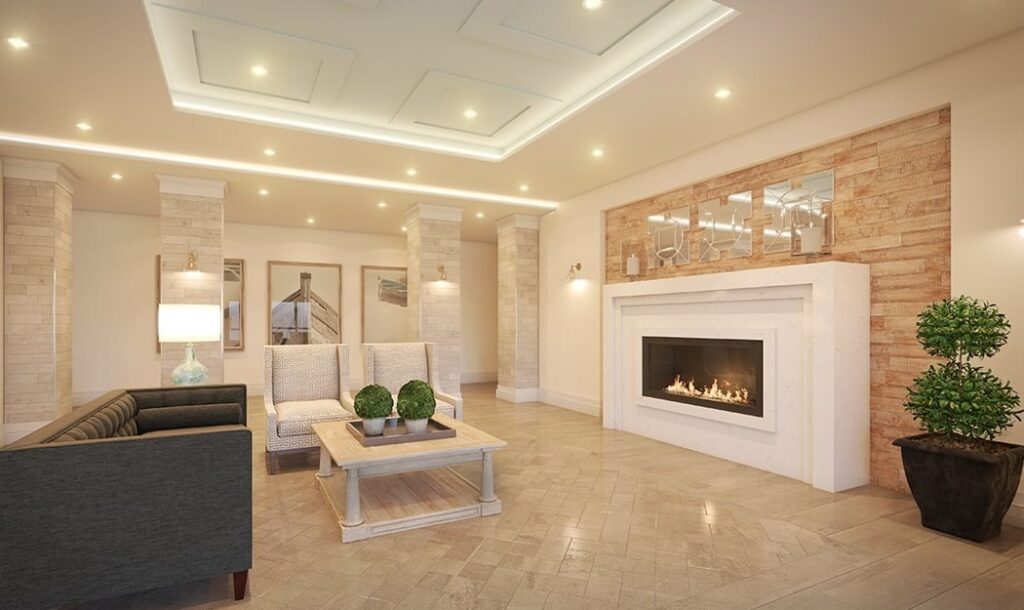 The lobby includes an elegant fireplace.

But, really, what it comes down to is the view, DiSanto says. “When you stand on the site, you understand why you want to be there. It’s breathtaking.”