A basement rental suite can be a smart investment 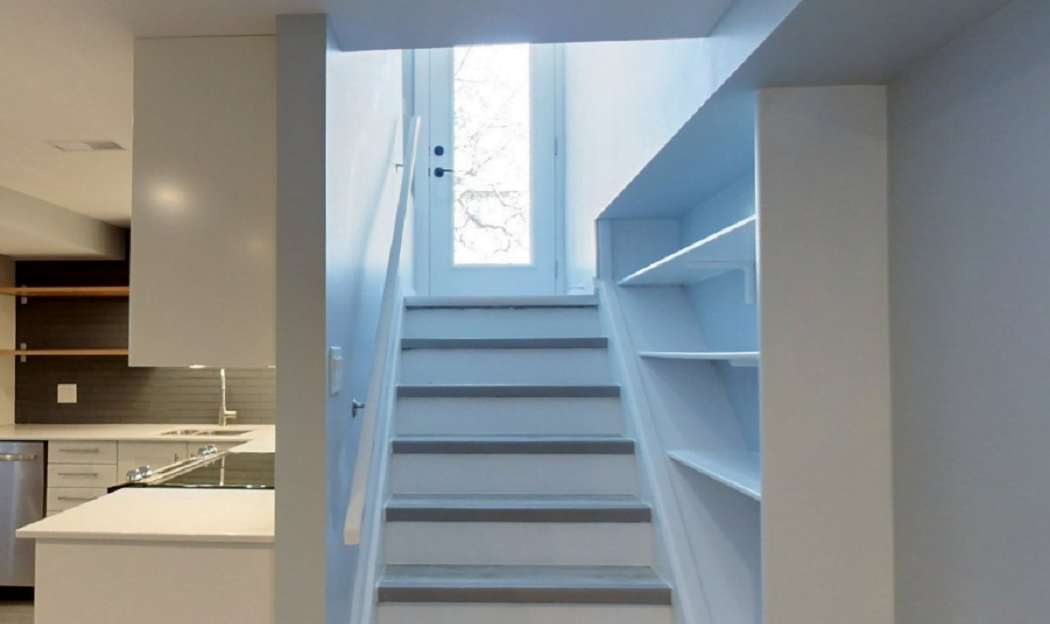 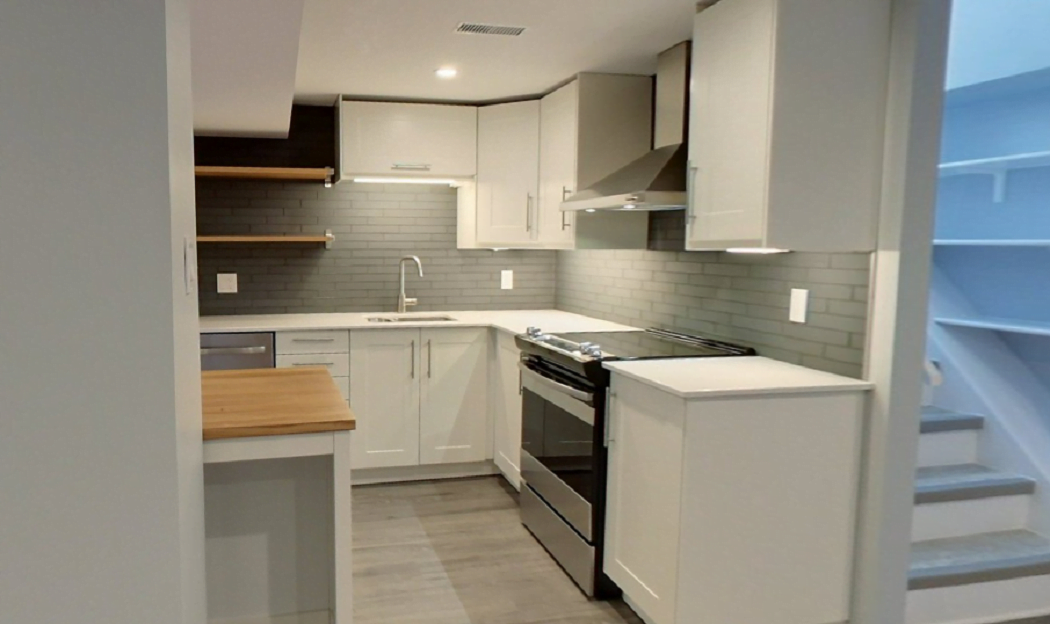 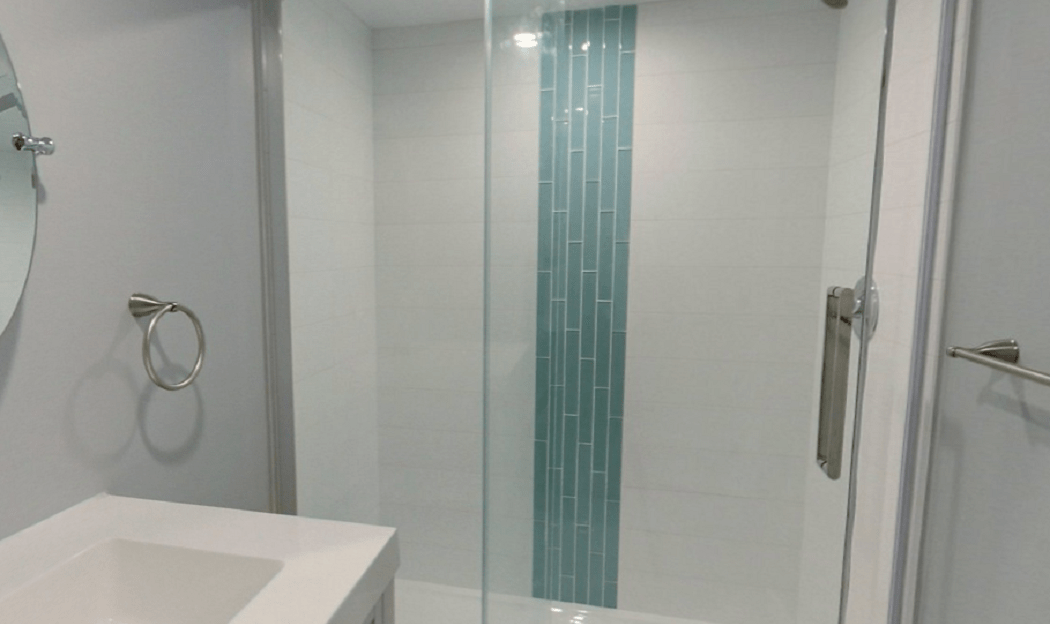 The brightly lit entrance to the basement rental suite with storage shelves.
The kitchen features clean, white cabinetry for a modern feel.
The compact bathroom includes a generous shower.

How much could you earn if you had a basement rental suite in your home?

In the case of a 1950s-era bungalow in Ottawa’s Pleasant Park neighbourhood, it’s a cool $1,800 per month. Tonya Bruin, owner of To Do — Done Renovations & Handyman Services, renovated the dingy, 70-year-old basement into a bright, comfortable two-bedroom suite last year and says this kind of project can be “very profitable.”

Bruin also did a bit of work on the home’s main level so that space could be rented out to a different tenant. All told, the house brings in about $3,600 per month.

Bruin took on the project on behalf of the homeowners —  a small team of astute guys, two of whom had done rental conversions in the past but this time decided to hire a general contractor instead of managing the project themselves.

“It was an opportunity for them to invest,” says Bruin. “But it’s not easy to be a general contractor yourself, making sure all the trades are lined up, and passing all the inspections and getting things back on track when they get delayed.”

Anyone who’s been through a sizable renovation knows what Bruin means when she talks about delays. There are inevitably surprises, especially in an older home.

This project involved more than just throwing up a bunch of studs to transform the roughly 1,100-square-foot basement into an attractive suite. There was already a back door that led to both the main floor kitchen and the basement, so it wasn’t difficult to seal off the kitchen and install a new entry door with glazing to increase the natural light downstairs.

And expanding the size of two existing windows to provide emergency egress (a building code requirement) and allow even more light (the code also requires a minimum amount of natural light in a dwelling) didn’t present any unforeseen difficulties either, although it did kick up noise and dust.

The basement floor was another matter.

For starters, Bruin’s team had to cut into it to run plumbing. The real problem came when they realized the floor wasn’t even. “They didn’t care too much about basement floors 70 years ago,” says Bruin. “But you can’t put flooring over an uneven surface because the flooring will buckle.” Normally, a contractor would find the highest point in the floor and raise the rest of it to that level, but that didn’t work because the distance from the floor’s highest point to the ceiling — which had to have a double layer of drywall as a fire break — wouldn’t meet code.

The solution: Grind down the basement floor. “Just that alone probably added a week (to the project),” says Bruin.

Time was also expended arranging separate hydro and other utilities for the two rental suites.

In the end, the project took about five months. She says that if they hadn’t encountered problems like the floor and plumbing issues, they could have wrapped up the whole thing in three months or less.

A project that paid off

Despite challenges, the end result is a clean, modern basement suite with an open-concept kitchen and living space, large closets in each of the two bedrooms, a bathroom with a shower, and a laundry room tucked into a corner with additional storage space.

There was no problem finding a tenant, says Danny Dawson, a broker with Royal LePage Performance Realty and one of the homeowners along with his Royal LePage colleague Mathieu Hudon. “We had a lot of applications and multiple people to pick from.” Being located in a desirable neighbourhood was a plus as was the fact that the vacancy rate in Ottawa is so low: 1.8 per cent in 2019, according to Canada Mortgage and Housing Corporation.

Dawson says he “definitely” plans to do another such renovation.

Boosting that enthusiasm is the city’s support of projects like this because they help meet Ottawa’s intensification goals.

You may even come out ahead if you have to borrow for the project.

And for first-time buyers, says Bruin, it’s “a fantastic way to get into the real estate market and add value to your home immediately. It’s a no-brainer.” 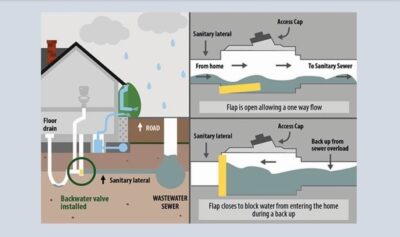 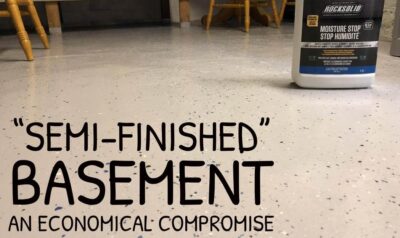 More from
All Things Home™
Home improvement experts Check our our business directory
Planning a renovation? Get tips and advice on how to do it
ADVERTISEMENT