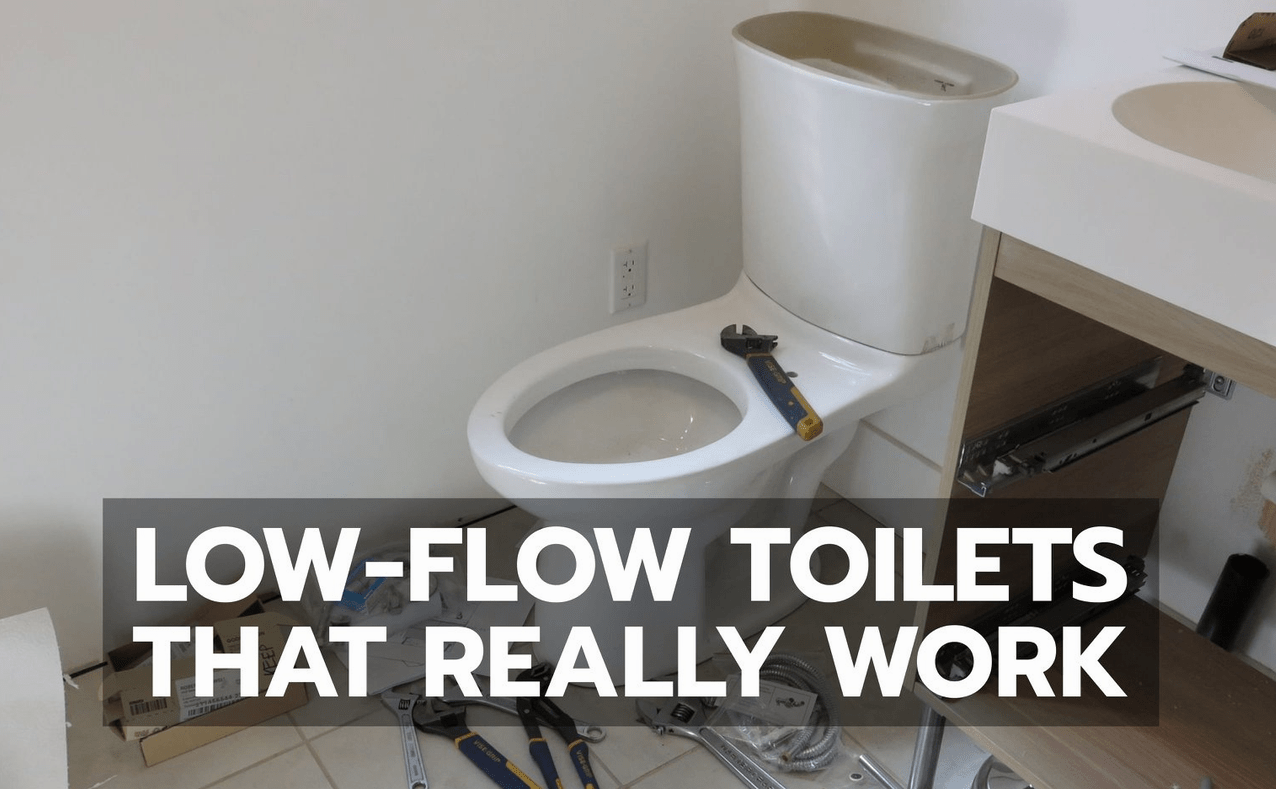 There are two common causes of "lazy flush syndrome."

Toilets rarely die a quick death. Most fade away slowly, gradually losing their ability to flush reliably, and this leaves more than a few homeowners puzzled, embarrassed and grossed out by their slow-flushing toilet. After all, a toilet’s either blocked or not, right? And more importantly, what’s the best way to fix the problem? Read on to find out. 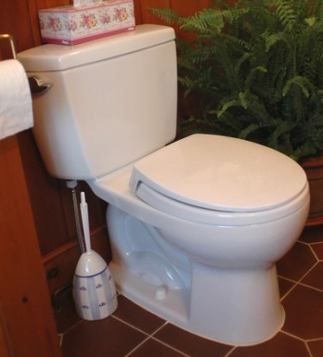 This TOTO Drake toilet is one of the best flushers in the world, according to independent testing. We have two of these at our place.

The usual case history of a lazy flusher involves a toilet of unknown age that simply won’t respond to the usual methods of unblocking it. More often than not, even professionally wielded drain snakes, camera inspection scopes and drain solvents don’t improve the situation.

At times like this, what you need is an understanding of what’s going on behind the scenes and a logical approach for looking at two obscure but very common causes of “lazy flush syndrome.”

Assuming your drain lines and toilet bowl really are free and clear (and this is the very first thing to determine), look at the plumbing vent pipe going through your roof. The purpose of this pipe is to allow air to enter all your drain lines, relieving suction that would otherwise be caused as wastewater flows out. Relieving suction is especially important for proper toilet flushing, too.

More modern, ABS plastic vents are much less likely to get blocked, though it’s still possible. As airflow down the vent pipe is constricted (perhaps by ice or frost if you live in a place that gets cold, like I do), it inhibits toilet flushing action by allowing a vacuum to build up in the pipes, holding back the power of the flush.

One of the telltale signs of vent trouble is a “glug glug” sound coming from nearby sinks when the toilet is flushed. The sound is caused by internal suction within the pipe drawing water out of neighbouring plumbing traps in an effort to equalize the air pressure. Running a drain snake down the vent pipe is a good way to clear any blockages that may be restricting air flow.

If your vent proves clear after all, and your toilet is older than anyone can remember, then your problem may have another source. You could have a case of internal mineral buildup in the toilet bowl itself.

Even small changes to the shape of internal passages inside a toilet can alter water flow to the point where flushing becomes slow and unreliable. If this seems to be the case, don’t fool around.

Your best bet is toilet replacement, especially given the fact that old toilets can use an outrageous amount of water, even when you don’t have to double flush them. Toilet replacement will certainly save you money and water in the long run, just be sure you choose that new toilet wisely. What you want is a water-saving model that has a proven track record for robust flushing. 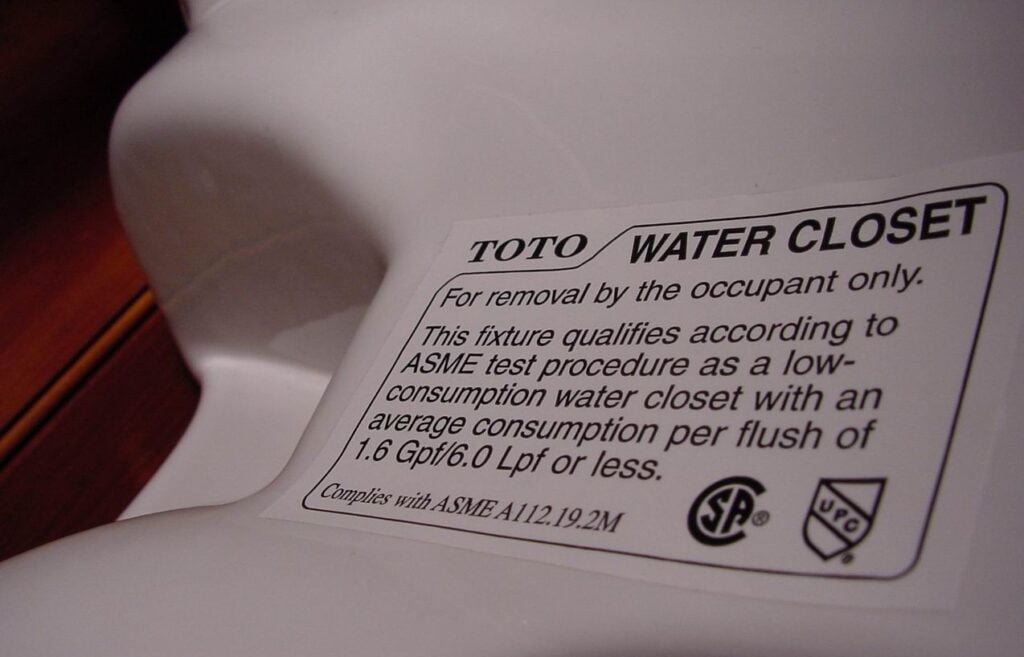 Stickers like this look impressive, but they’re no substitute for independent performance testing. Do your research before you buy.

For a long time, even some so-called new low-flow toilets still used a whopping 13 litres or 3½ gallons per flush, and they didn’t even work very well. You need to make your buying decisions based on unbiased information, not sales brochures.

When I replaced two lazy flushers in my own home back in the 1990s, I consulted the findings of a Canadian research firm called Veritec. They’re world leaders in toilet testing, and their findings highlight some extremely effective models.

You can check out the latest version of the Veritec report for free. To be considered acceptable, a toilet needs to be able to flush 250 grams of solid waste cleanly in their tests.

The best models in the Veritec report can flush more than 1,000 grams of “test media” in one go. Based on Veritec findings, I chose and installed two TOTO Drake toilets.

They’ve worked very well for more than 20 years, using only six litres or 1½ gallons of water per flush. They’ve suffered only the occasional plug-up, which is saying a lot when you’re raising a house full of big-eating teenage boys.

More from
All Things Home™
Maintenance checklist Stay on top of your monthly to-dos
Planning a reno? Get tips & advice on doing it
Home improvement experts Check out our business directory
Mini Reno Guide Download your free copy to keep your reno on track
ADVERTISEMENT