ADVERTISEMENT
»Home Improvement»Articles»‘That’s pretty huge’: On winning both custom builder and designer of the year

‘That’s pretty huge’: On winning both custom builder and designer of the year 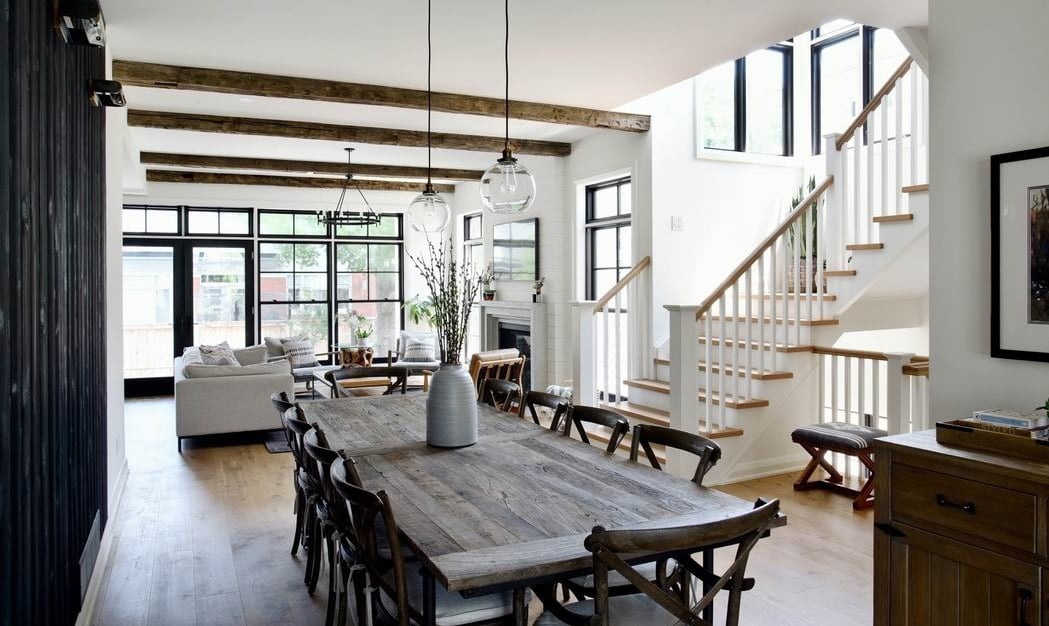 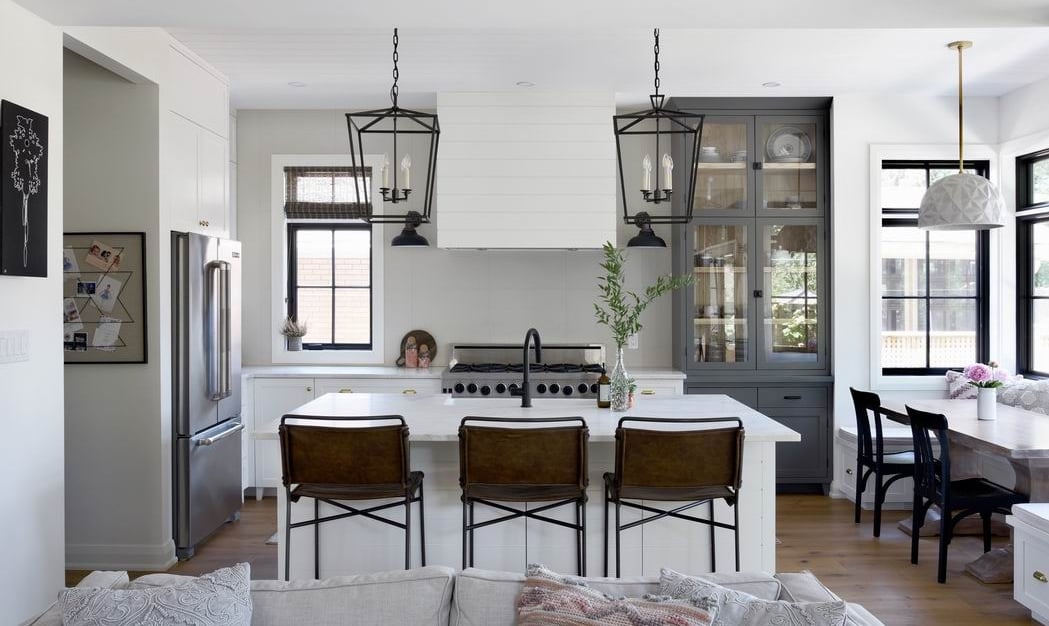 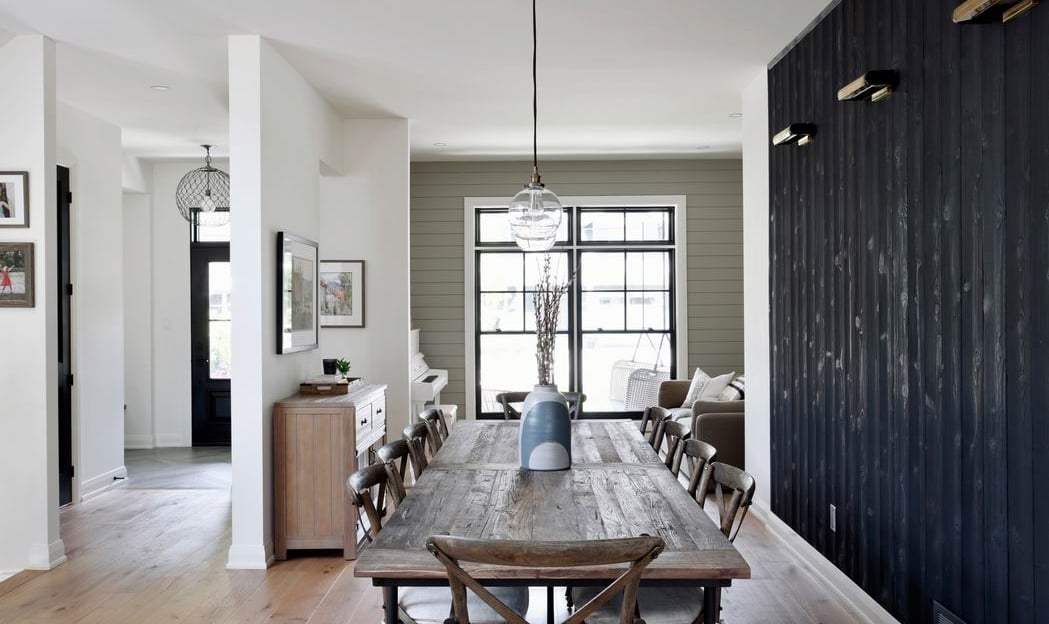 Gordon Weima achieved a remarkable feat at last fall’s Housing Design Awards. Not only did the veteran designer and builder win an award for a lovely modern farmhouse infill in Westboro, he scooped up not one but two of the special achievement awards, being named both custom builder and designer of the year.

“Winning both custom builder and designer of the year blew my mind,” he says. “I love designing and building homes and I’m honoured to be recognized by my peers for using the God-given talents entrusted to me.”

For him to win both awards, says architect and occasional collaborator Jason Flynn, “that’s pretty huge.  It’s so much more challenging to receive both awards. It’s challenging enough to get one… That’s a huge indicator of his ability.” 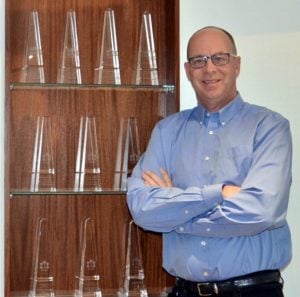 A floor-to-ceiling alcove in his home office displays some of the many award trophies Gordon Weima has received over the years. Photo courtesy Gordon Weima.

That ability shows through in the quiet confidence Weima exudes of someone who knows what he’s talking about. Yet in that confidence there is a humble, down-to-earth and approachable quality that likely stems from his deeply rooted faith in God, his focus on his family and his desire to do good.

In fact, as we tour through his newly built home — the first time in his 35-plus years of designing and building homes that he’s built one for himself — he’s quick to stress the importance of being honest and trustworthy.

That’s partly why he takes an open book approach to his builds, meaning clients can see where every dollar is being spent, including how much he is making on the job. 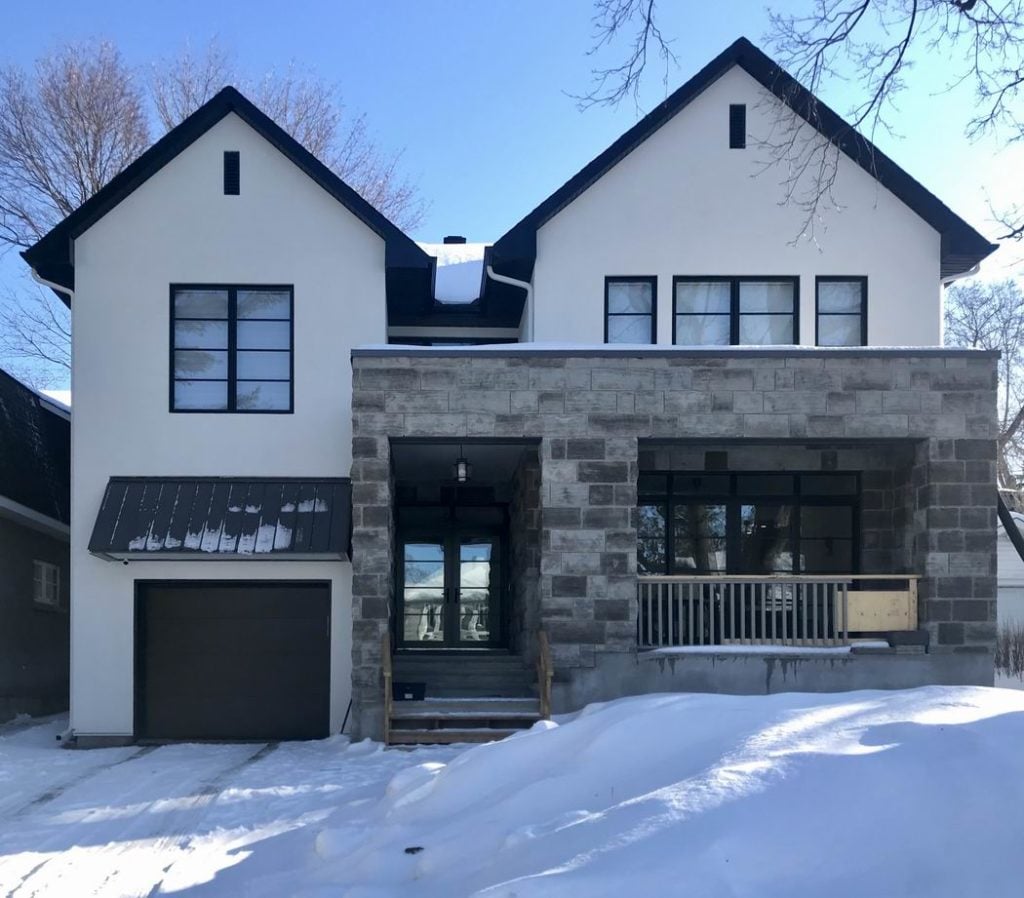 Another modern farmhouse in Westboro that Weima is almost finished building is ‘a modern twist to a modern farmhouse,’ he says. ‘I’m creating all these new little elements.’ Photo courtesy Gordon Weima.

But being able to win both designer of the year and custom builder of the year at the same time is about more than honesty and a desire to do good, although that’s certainly part of it.

“He has great vision,” says Leo Clement, an architectural technologist who has long been responsible for creating most of the drawings that come from Weima’s vision. “He doesn’t resist challenge; he is good at solving problems.” It also helps, Clement says, that Weima has a strong understanding of the theory behind the designs (Weima is also an architectural technologist; the two first met when they were studying at Algonquin College).

“That’s one of the big benefits for why he’s successful — he can explain properly to the clients what the intent is, how we’re going to solve a problem together,” says Clement.

For Jessica Gosbee and her husband, Neil, the owners of that award-winning modern farmhouse, going through the process with Weima taught them a lot. 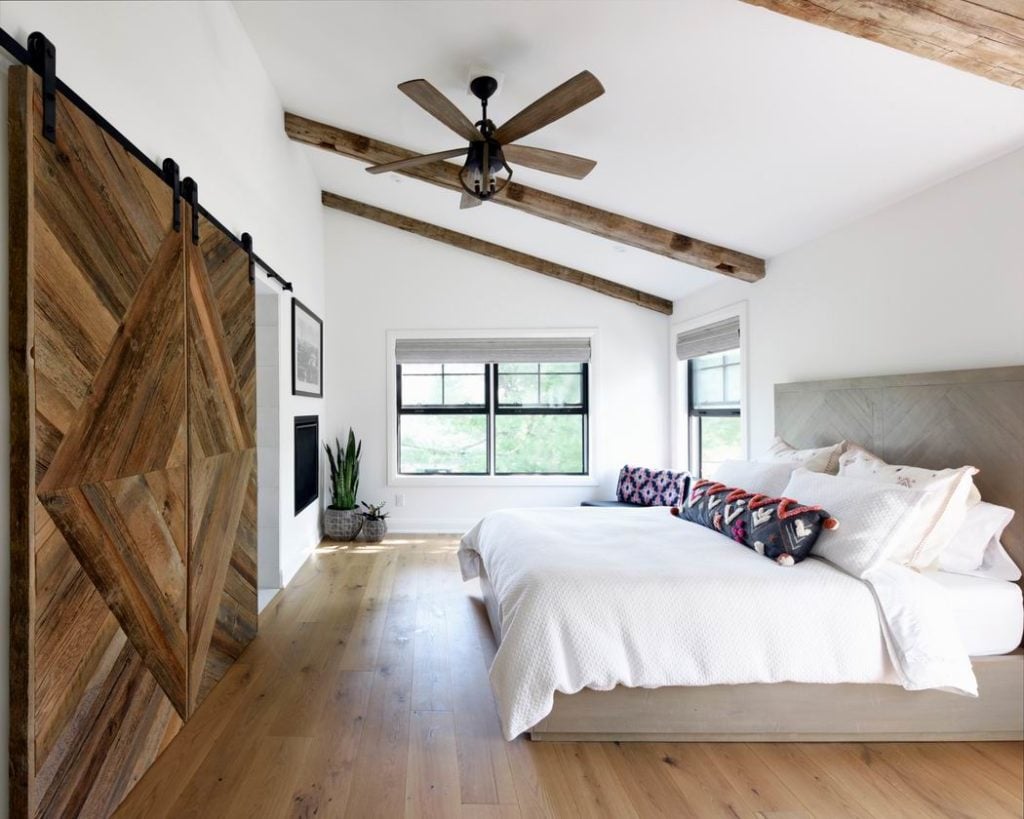 A striking barndoor in the master bedroom is in keeping with owner Jessica Gosbee’s desire to combine the rustic and the refined. Photo: Gordon King Photography

“One thing that Gord brings to it is a lot of thoughtfulness and forward thinking as well, because we have a young family now, but we won’t be at this stage of life forever. He was very good to be visualizing how the needs and the space could be throughout time and I certainly learned that from him when making design decisions,” Jessica says.

She chronicled the project every step of the way on Instagram, eventually building up a following of more than 4,000 followers, some of whom have since turned to her for design guidance themselves.

The home, which she prefers to call rustic refined, “is a little bit of Fixer Upper overload,” she says, referring to the HGTV show hosted by Chip and Joanna Gaines, whose style is big on shiplap, vintage, southern flair and farmhouse, with healthy doses of modern and glam.

“We wanted it to feel really welcoming; warm and nice but not too formal.”

In describing Weima’s work, Flynn says he’s “sort of hit that sweet spot that everybody seems to love… It’s the country modern feeling, the sense of home.” 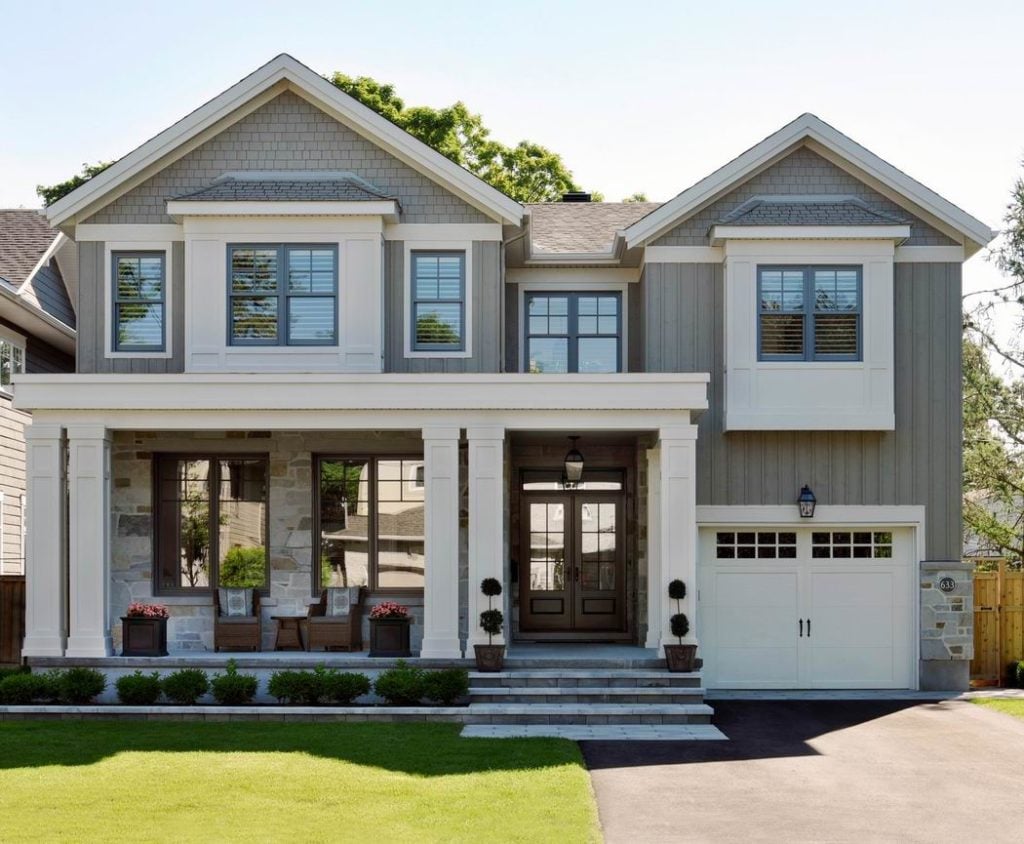 Another Weima modern farmhouse, this one designed with Ardington + Associates Design, won the People’s Choice Award in 2017, the same year Weima was also named custom builder of the year.

Before the Gosbee home, Weima’s most memorable award win was for another modern farmhouse that won the People’s Choice Award at the 2017 Housing Design Awards, which are put on by the Greater Ottawa Home Builders’ Association.

“They’re really identifiable by attention to detail. There’s some flashbacks to a finer craft in detailing,” Flynn says.

But Flynn also agrees that, despite his recent examples of the modern farmhouse style, Weima does not have a signature look to his work.

“That’s also important,” Flynn explains. “There’s attention to detail and good design that can sort of move around from different styles and still be successful.”

Says Weima: “This is why I think I’ve got the greatest job in the world. I’m not married to a specific style… I appreciate everything, so I try to get to know the clients, see what they like, see what their style is. People say, ‘Gord, it took you 35 years to build your first house.’ But they’re all my houses because, when I build a house I think, ‘If it was my house, what would I do? This is what I would do.’ And that’s how I approach all my projects.”

Then & now: Skating on the Jock River in front of Weima’s old home, circa 1989, and this winter in front of the new one that has replaced it. Photos courtesy Gordon Weima.

For his own home, which still needs a few final touches in art and furniture, he leans more modern, but with a warmth to it — and a definite emphasis on family. With six grown children and eight grandchildren (a ninth is on the way), family gatherings are frequent and large, just the way he likes it.

And he’s looking forward to putting his own home into this year’s Housing Design Awards. 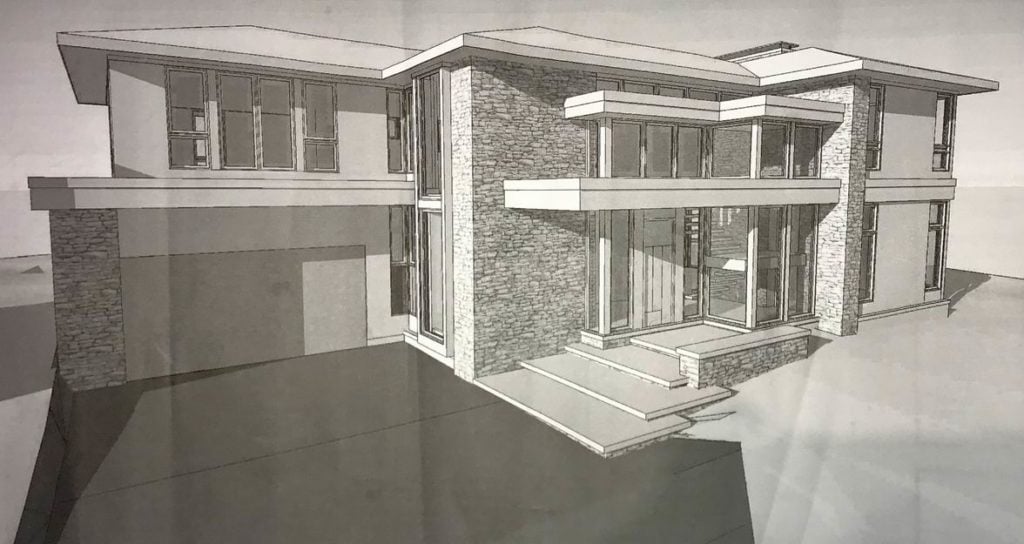 Not all of Weima’s recent homes are modern farmhouse. This contemporary custom home is under construction in the Mooney’s Bay area.

In the meantime, he’s just finished another modern farmhouse home — one “with a modern twist,” he says — that will likely pop up in this year’s awards, and he’s working on projects in the Thousand Islands (his home turf; he was born in Brockville and his mom still lives there), in the Mooney’s Bay area with architect Malcolm Wildeboer, and “a fun one” in Hintonburg that also comes with a set of challenges thanks to close neighbours and poor soil conditions.

After that, he’ll look at scaling back a bit. Although only 57 and an admitted workaholic, he’d like to spend more time travelling with his wife, Debbie, and focusing on his community work, which includes being the building chair for his church’s new building and serving on boards, including Holland Properties, a subsidiary of The Mission that helps transition clients into housing.

But don’t expect him to retire anytime soon.

“That would drive me crazy,” he says.