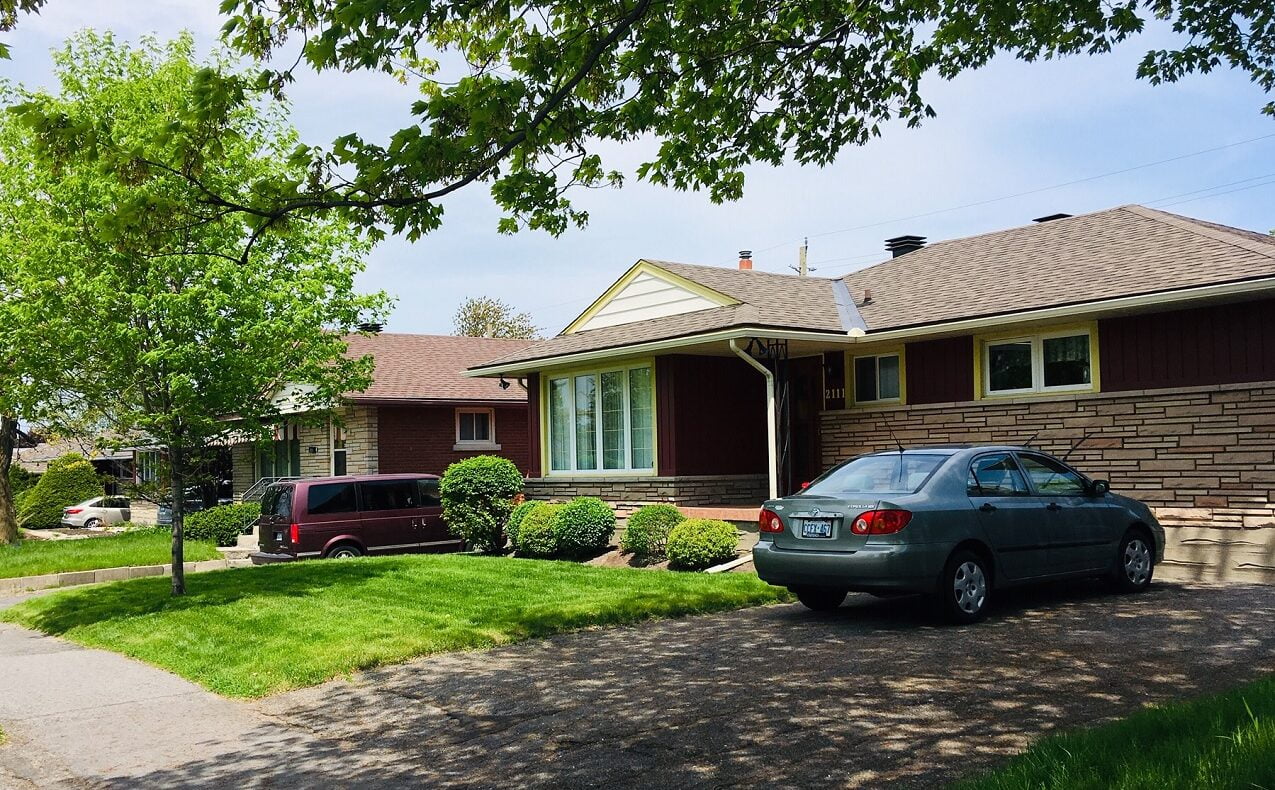 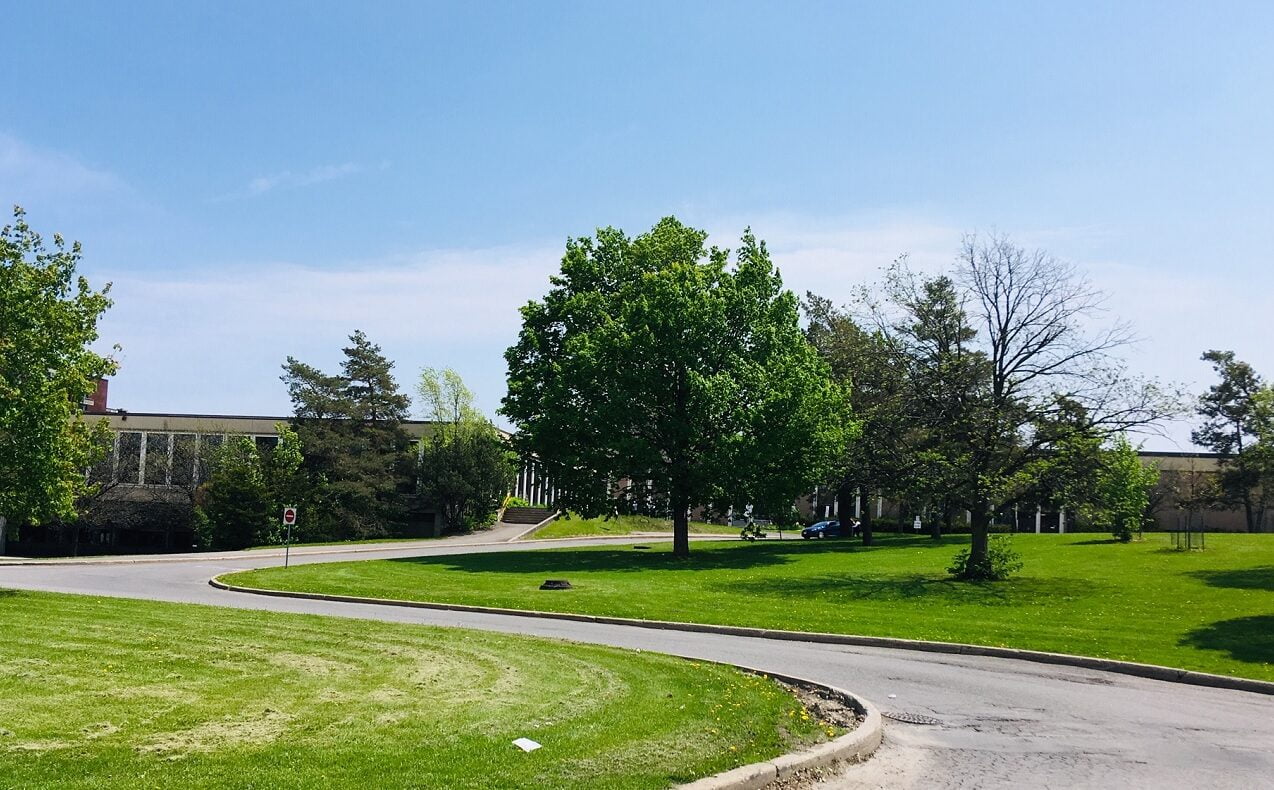 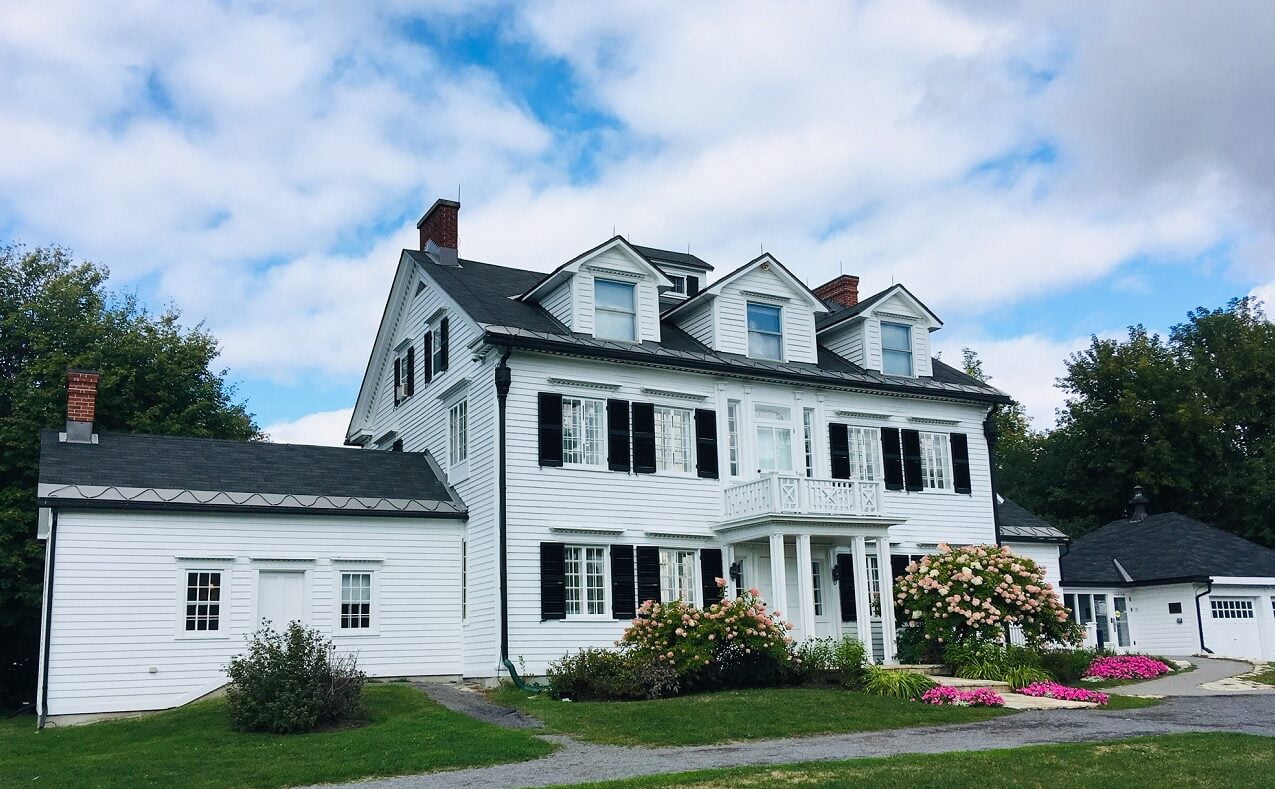 Elmvale Acres is notable for its mid-century bungalows
Canterbury High School has graduated many well-known figures in Canada’s arts scene.
The Billings Estate is an Alta Vista landmark and a National Historic site. 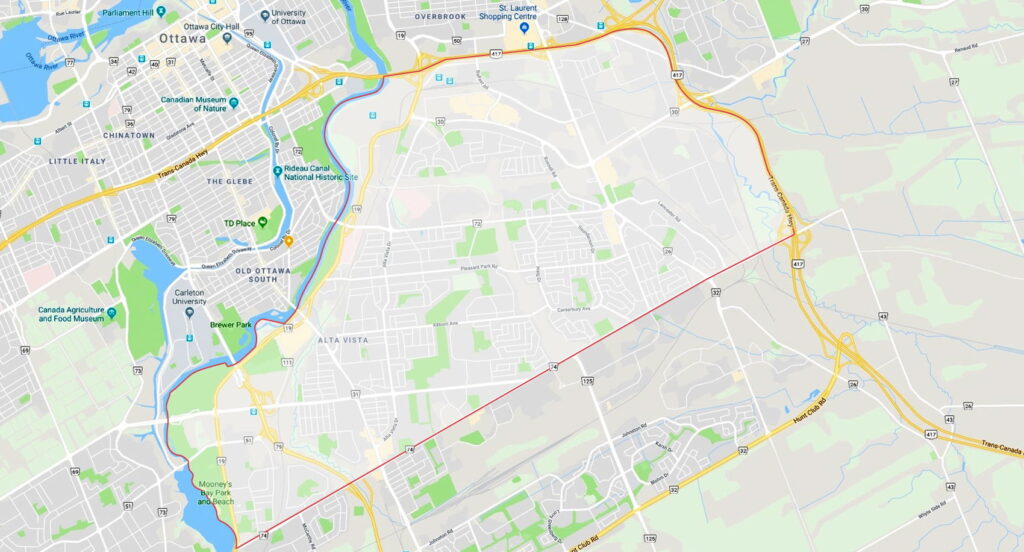 Braddish Billings was one of the area’s first European settlers. He built a home overlooking the Rideau River in the late 1820s. Now known as the Billings Estate National Historic Site, it is the city’s oldest remaining wood-framed house. Billings and other farmers in the area gradually sold off property for developments such as Rideau Park, which dates to 1892. The area’s suburbanization took off after Ottawa annexed it in 1950. Some lots were sold to individual families, while larger parcels were sold to builders such as Robert Campeau, who developed Elmvale Acres. Today, small post-war homes on large lots in parts of Alta Vista are often being replaced by larger, more luxurious houses.

The neighbourhood is home to multiple health and medical facilities, including hospitals, the University of Ottawa’s medical school and the national offices of medical organizations.

The area is home to numerous neighbourhoods, including:

This neighbourhood is home to several major employers, including the Ottawa Hospital (General and Riverside campuses), the Children’s Hospital of Eastern Ontario, the Conference Board of Canada and Canadian Blood Services. Industrial areas on the area’s eastern edge provide further employment. Businesses include:

The community is served by multiple public transit routes. The Transitway runs along the northwestern edge of the neighbourhood, connecting to the LRT’s Confederation Line at Hurdman Station. On the far western edge of the neighbourhood is the Mooney’s Bay Station of the LRT’s Trillium Line. For more details, go to octranspo.com. The area also has bike paths and the northern end is close to the Ottawa Via Rail Station.