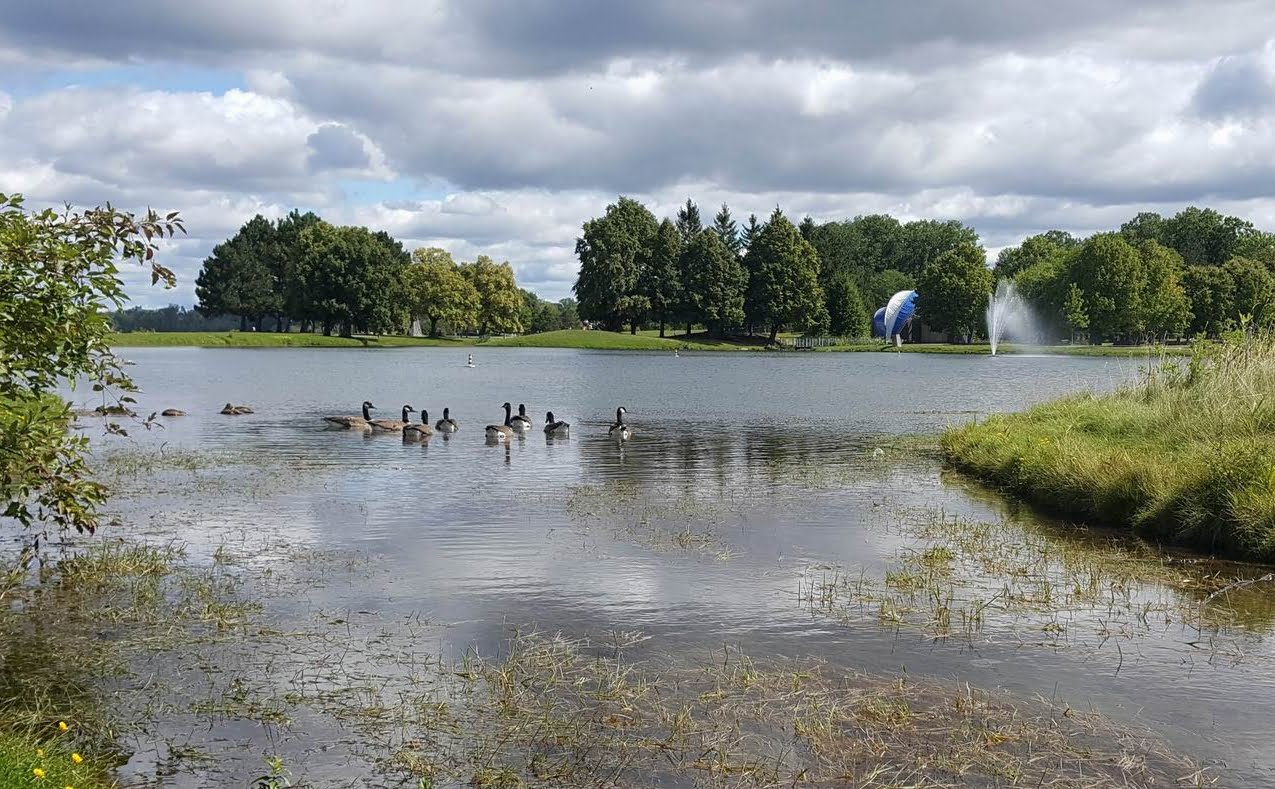 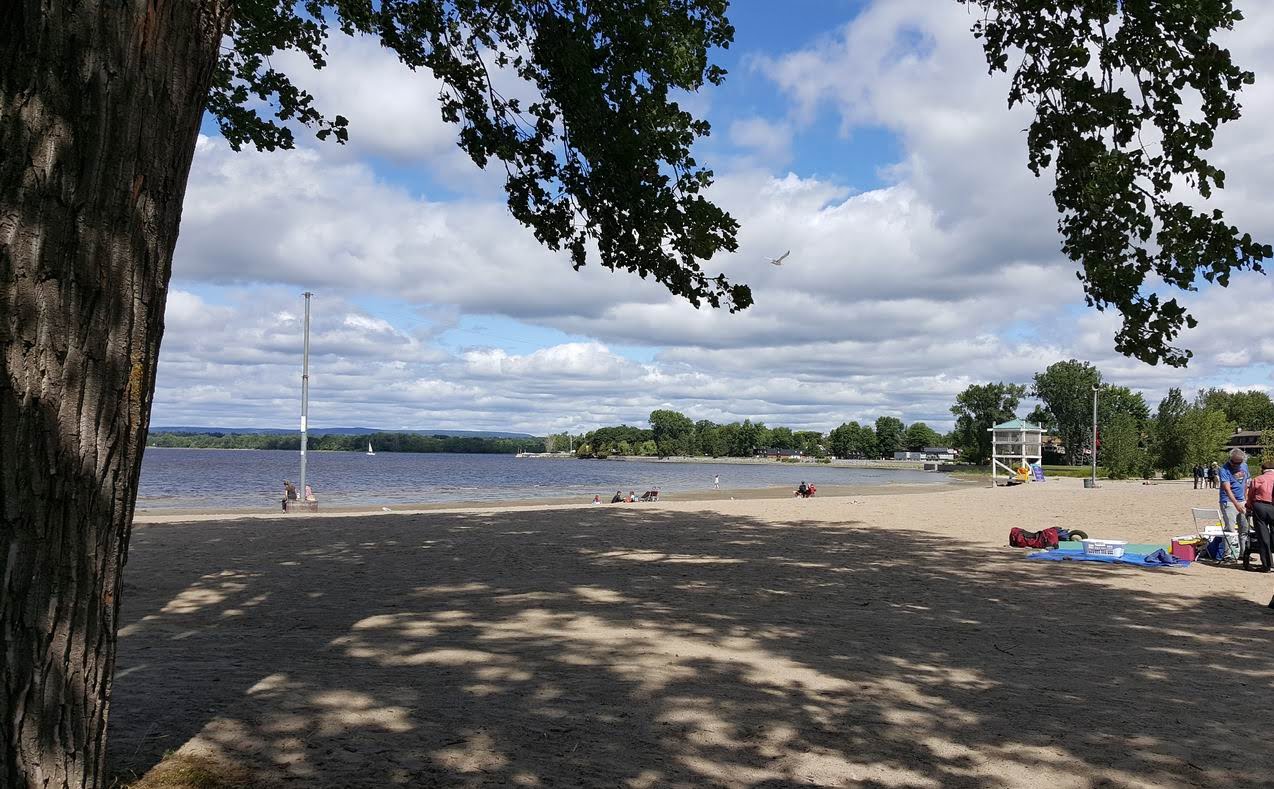 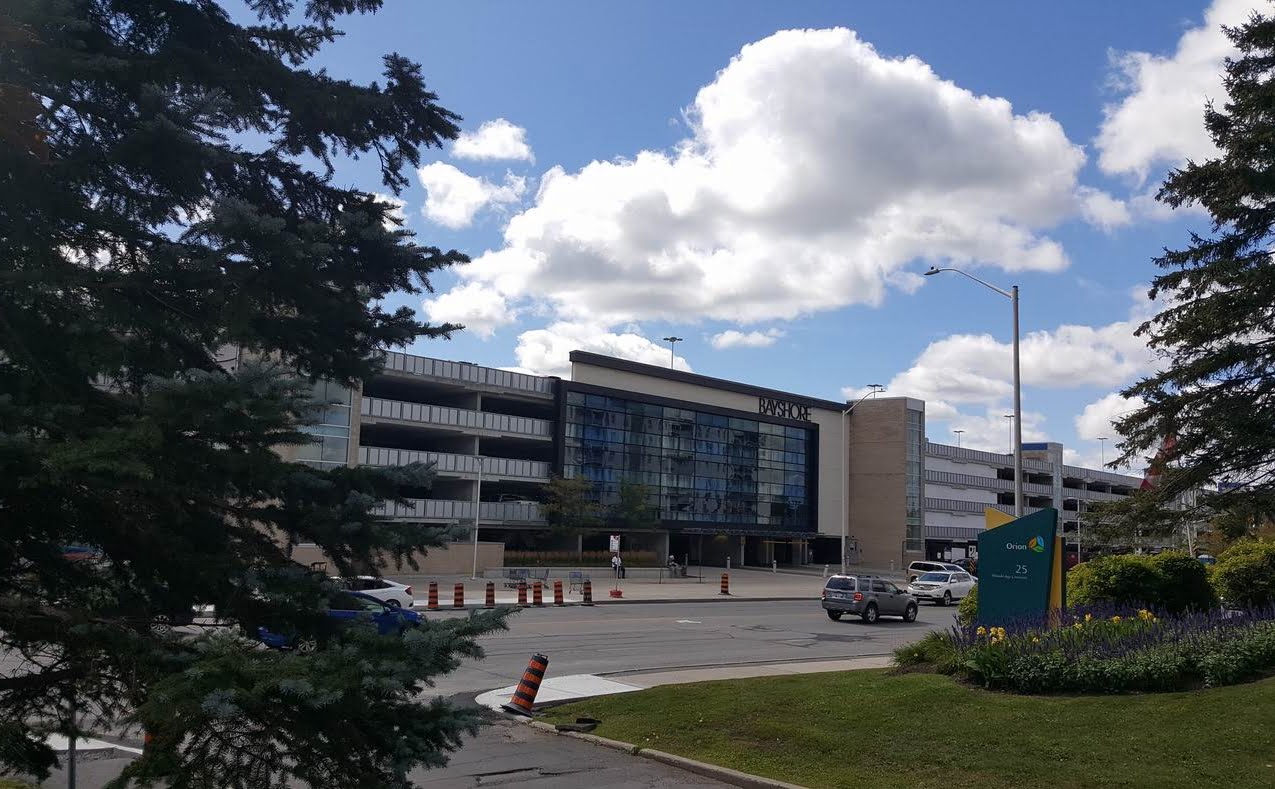 The Ottawa River to the north, the Sir John A. Macdonald Parkway and the transitway to the east and Rifle Road to the west. The southern boundary follows the Queensway (Hwy. 417) to Moodie Drive before turning north to Carling Avenue. 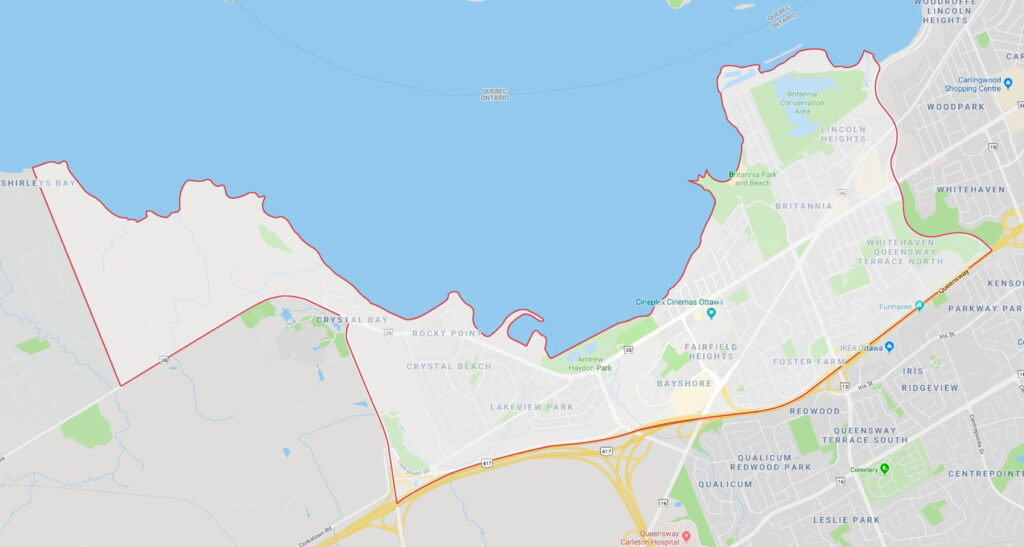 One of the area’s oldest settlements, Britannia Village, developed in the 1820s around mills on the Ottawa River. It became a popular day trip and summer cottage destination in the early 1900s; people travelled from downtown on the Ottawa Electric Railway to enjoy the beach, pier, pavilions and other amenities in what is now Britannia Park. After the Second World War, suburban developments sprang up, and many Britannia cottages were converted to year-round homes. The streetcar line closed in 1959, and the former railbed is now part of the city’s multi-use recreational pathway system. Significant development of most of the neighbourhoods to the east, west and south of Britannia began in the 1950s and 1960s. The opening of Lincoln Fields Shopping Centre in 1972 and Bayshore Shopping Centre the following year spurred further growth.

This area boasts some of the most accessible waterfront areas in the city, including Andrew Haydon Park, the Nepean Sailing Club, the Lac Deschênes Sailing Club, Britannia Park, Britannia Beach and the Britannia Yacht Club on the Ottawa River. Mud Lake, a pond in the Britannia Conservation Area, is popular with birders looking for ducks, warblers, herons, hawks and other species.

The area’s many neighbourhoods include:

There are currently no major projects. RioCan has closed the Lincoln Fields Shopping Centre and has proposed to redevelop it as a mixed retail-residential hub, to open around the same time as the expected Stage 2 expansion of the LRT in 2025.

Housing stock in Bayshore-Britannia is extremely diverse, ranging from waterfront mansions and modest bungalows to apartment towers and Ottawa Community Housing units. As well as boasting abundant parks, schools and shopping, Bayshore-Britannia has the Greenbelt on its western edge. The area also has several notable amenities just outside its borders, including the Queensway-Carleton Hospital, IKEA and the Académie de la Capitale IB World School.

All four major school boards are represented. In most cases, their elementary and secondary schools are found in the community or relatively nearby:

The area is also home to the Crystal Bay Centre for Special Education and Abraar Secondary School.

One of the largest employers in Bayshore-Britannia is the Department of National Defence, at Carling Avenue and Moodie Drive. The area is also home to retailers and other businesses, including:

Bayshore-Britannia has a wide range of amenities, including the Ron Kolbus Lakeside Centre in Britannia Park, a popular event venue that is also home to the Lakeside Players community theatre troupe. As mentioned earlier, the area also has several large waterfront parks along the Ottawa River. Other amenities include:

Bayshore-Britannia has a full range of shops, services and amenities, including churches, service clubs and medical offices. The Queensway-Carleton Hospital is located just beyond the community’s southern edge. There are a number of community associations, including:

The Queensway (Highway 417) is a primary route to and from Bayshore-Britannia. Carling Avenue and the Sir John A. Macdonald Parkway are secondary east-west routes.

The Great Trail (formerly the Trans Canada Trail) also runs through Bayshore-Britannia, allowing cyclists to ride safely and conveniently downtown and to many other parts of the city.