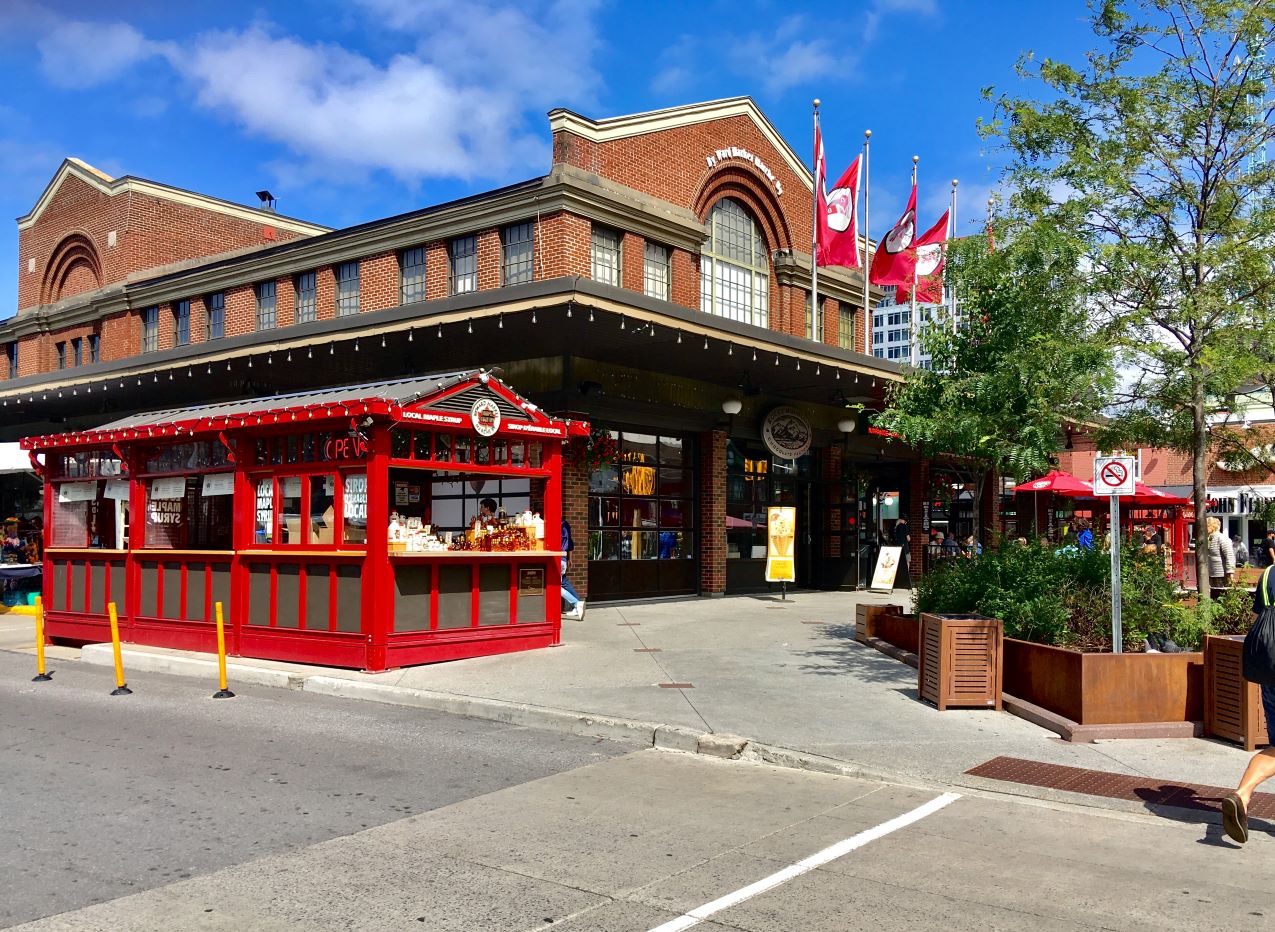 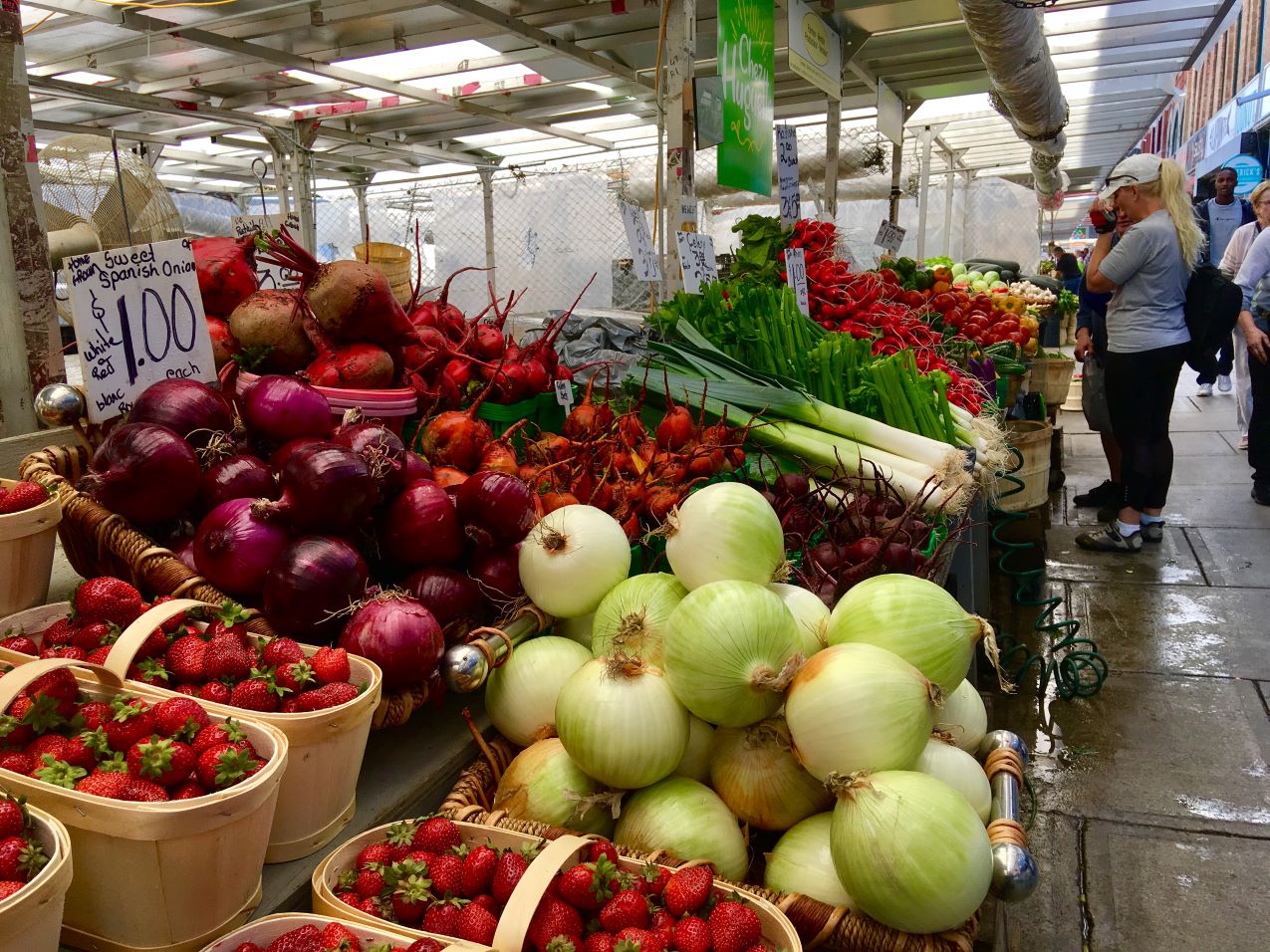 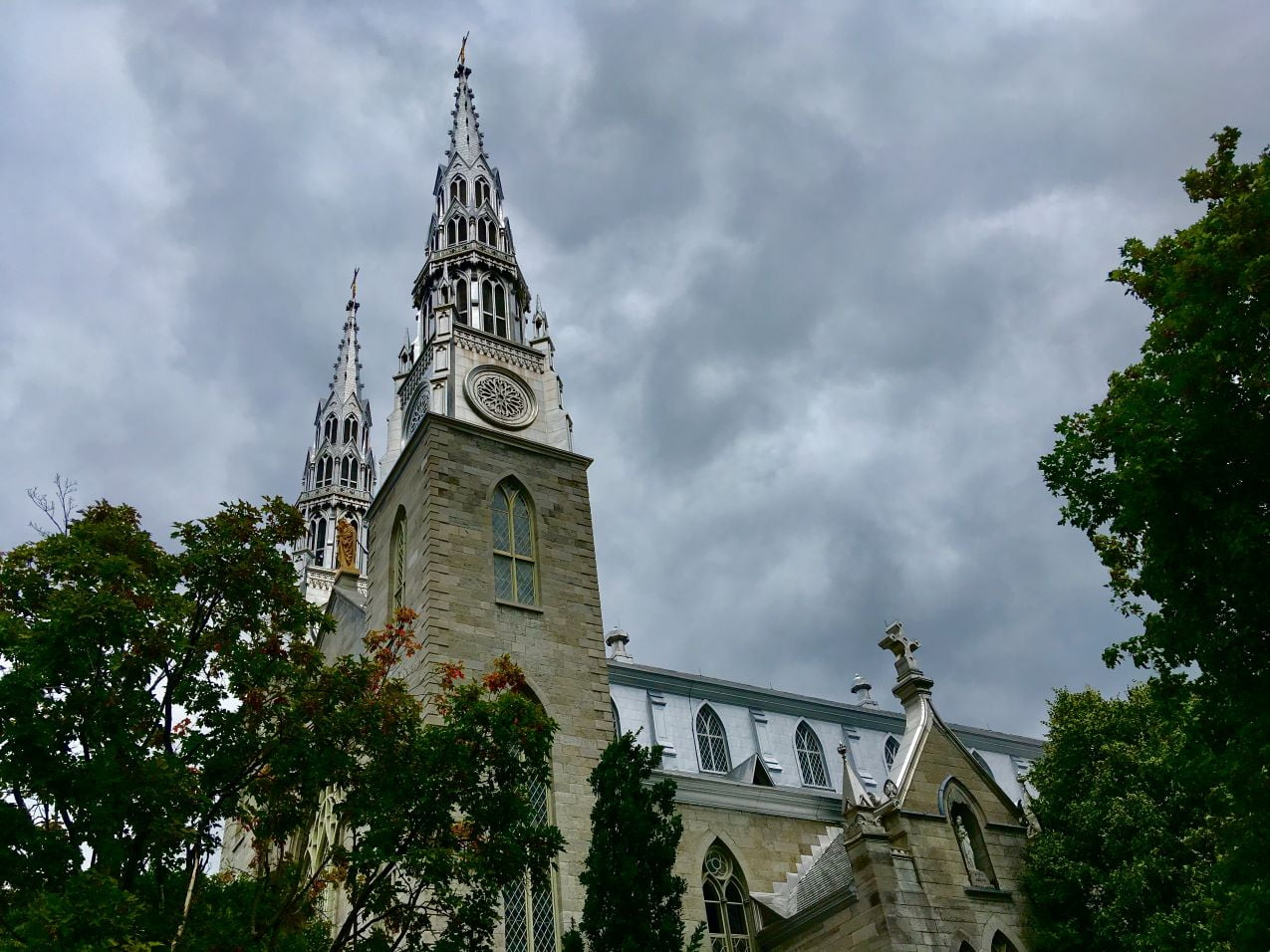 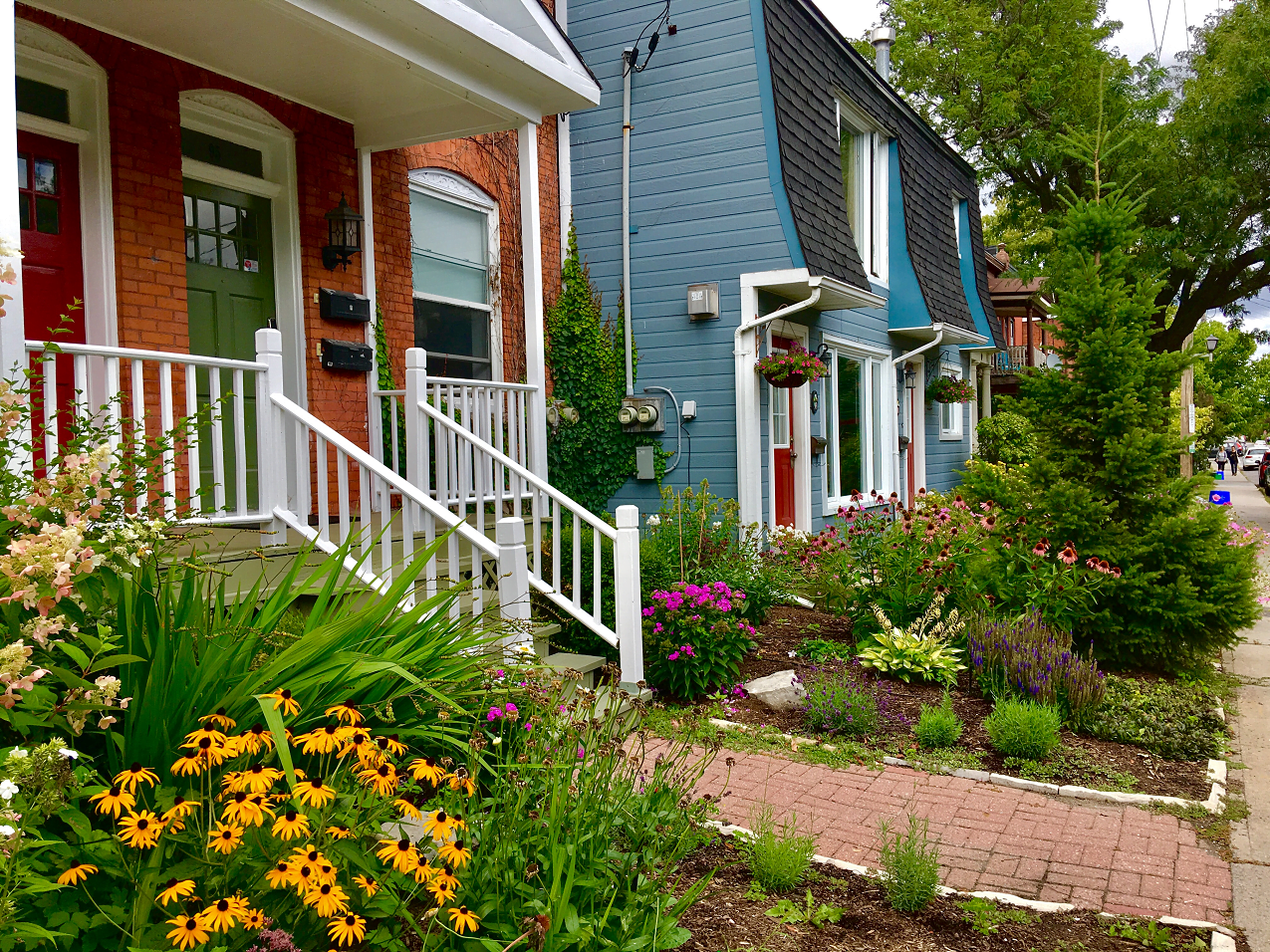 Most people consider the area’s boundaries as the Rideau Canal on the west, the Ottawa River on the north, the Rideau River on the east and Rideau Street on the south. Statistics Canada also includes the Rideau Centre and several blocks immediately east of it, so we’ve included those here. 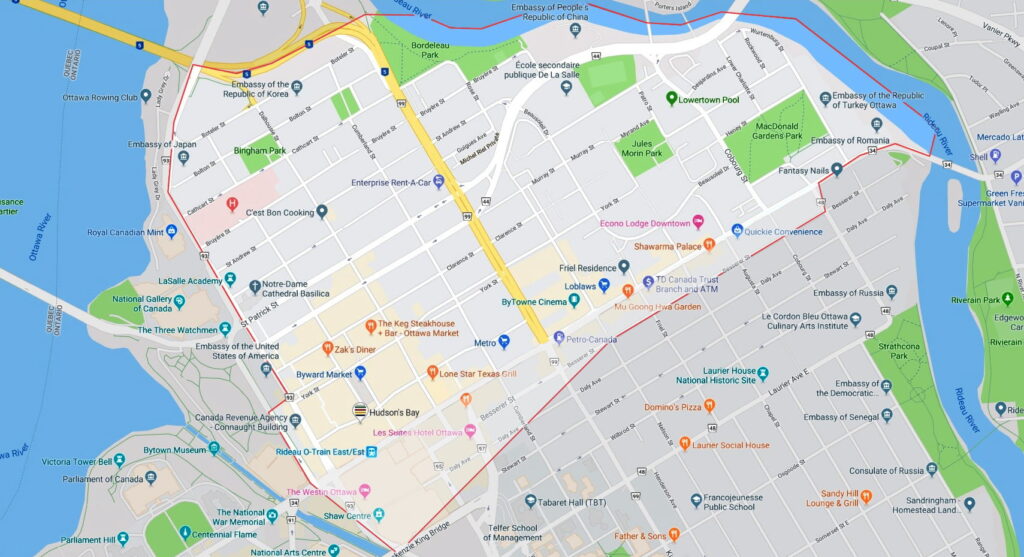 While the Rideau Canal was being built, beginning in 1826, French and Irish labourers settled ByWard Market/Lowertown. When the canal was finished, a waterway called the By-wash (running along today’s York and George streets) gave merchants an easy way to bring in goods by boat. As a result, the ByWard Market became the heart of Bytown’s commercial activity. Civic institutions soon followed, including the city’s first hospital (1845), Notre Dame Basilica (1846) and what is now the University of Ottawa (1848).

The neighbourhood was also a flashpoint for clashes between its working-class, largely Catholic residents and the richer, Protestant residents of Upper Town (now Centretown), most notably during the Stony Monday riot in 1849. Five years later, the Bytown and Prescott Railway opened, with a station at the north end of Dalhousie Street, giving nearby businesses another convenient way to ship and receive goods.

The By-wash was filled in in 1874 and the neighbourhood continued to grow, with additions such as St. Brigid’s Church (1890), the Adath Jeshurun Synagogue (1904) and the Champagne Bath (1924). In the 1960s, King Edward Avenue was redeveloped as a truck route, and the National Capital Commission expropriated and redeveloped a significant number of Lowertown properties. To grapple with problems of prostitution and drug dealing, the City altered traffic patterns in parts of the neighbourhood, beginning in the 1980s.

Today, ByWard Market–Lowertown is home to just about every type of housing, from inexpensive apartments and co-op townhouses to luxury condos and large heritage homes.

The ByWard Market Building — which takes up an entire block bounded by ByWard Market Square and George, William and York streets — is the fifth market building on this site. The first was commissioned by Colonel John By himself; the current building opened in 1928. Heritage activists and the National Capital Commission saved it from demolition in the early 1970s, and the building has since been extensively renovated twice. Vendors sell food, crafts and other products inside the building and from stalls on adjacent streets. Inside, a colourful papier-mâché sculpture of market vendors hangs from the roof. Called McClintock’s Dream, it’s a 1978 work by artist Victor Tolgesy.

ByWard Market–Lowertown, one of the core’s more bilingual neighbourhoods, is also economically and architecturally diverse. There are lots of apartment/condo towers, particularly in the ByWard Market area. The central part of the neighbourhood is home to a number of affordable housing projects and social service agencies. Closer to the Ottawa River, you’ll find heritage row houses and singles, along with several embassies. Attractions include:

As one of the city’s liveliest retail areas, the ByWard Market is home to countless businesses. Here are just a few of the many shops and restaurants:

The area has several small parks. Bingham Park on Cathcart Street features a playground, baseball diamond, wading pool and other recreational amenities. MacDonald Gardens Park is popular with dog walkers. On the neighbourhood’s northern edge, there’s an outdoor basketball court near the intersection of King Edward Avenue and Sussex Drive. Other amenities include:

This neighbourhood is well served by transit, with at least nine OC Transpo routes connecting ByWard Market–Lowertown to Centretown and other central areas of the city. Several STO (Gatineau public transit) routes also pass through the neighbourhood. The Rideau LRT station is in the neighbourhood’s southwest corner, and residents also have easy access to the Mackenzie King Transitway station. Nicholas Street and Vanier Parkway/Riverside are the main Queensway interchanges serving the area. Sussex Drive, which becomes the Sir George-Étienne Cartier Parkway, provides a link to the east end, as does the Cummings Bridge over the Rideau River. The Alexandra (Interprovincial) and Macdonald-Cartier bridges offer direct connections to Gatineau.