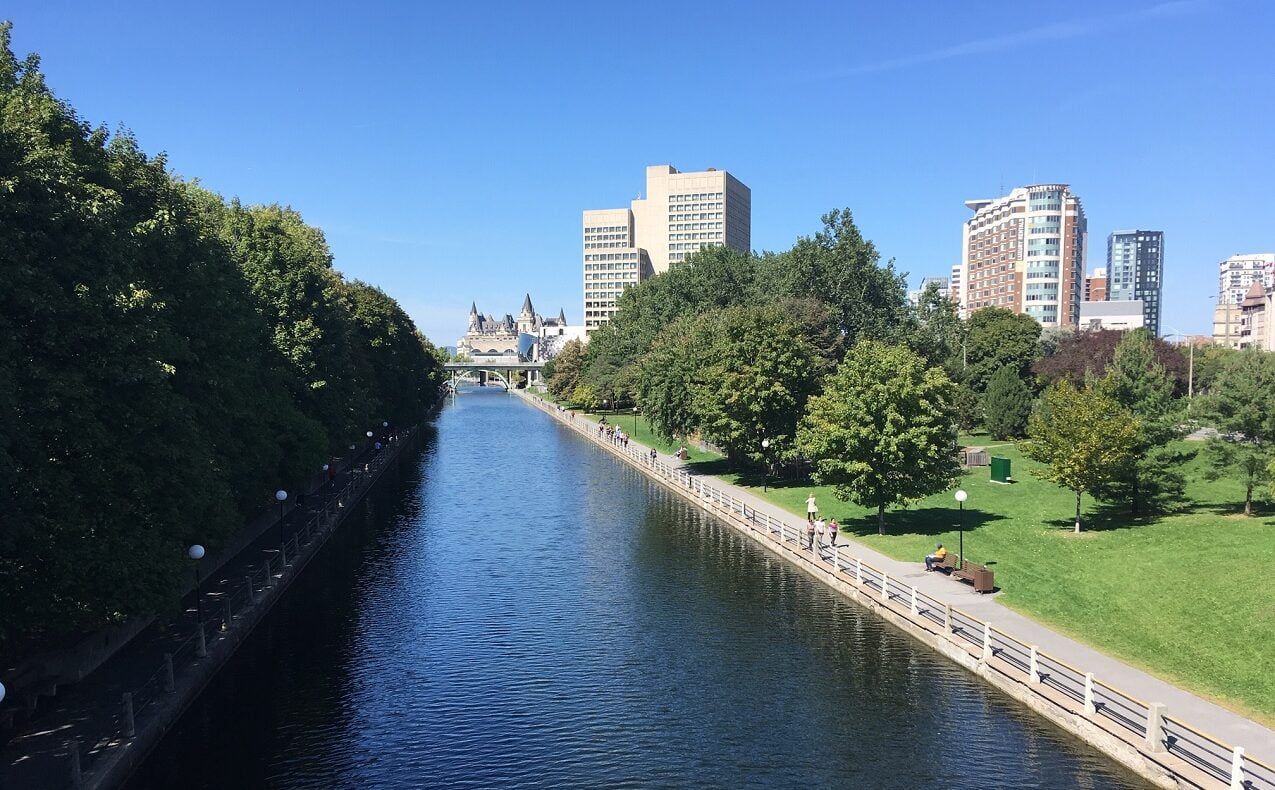 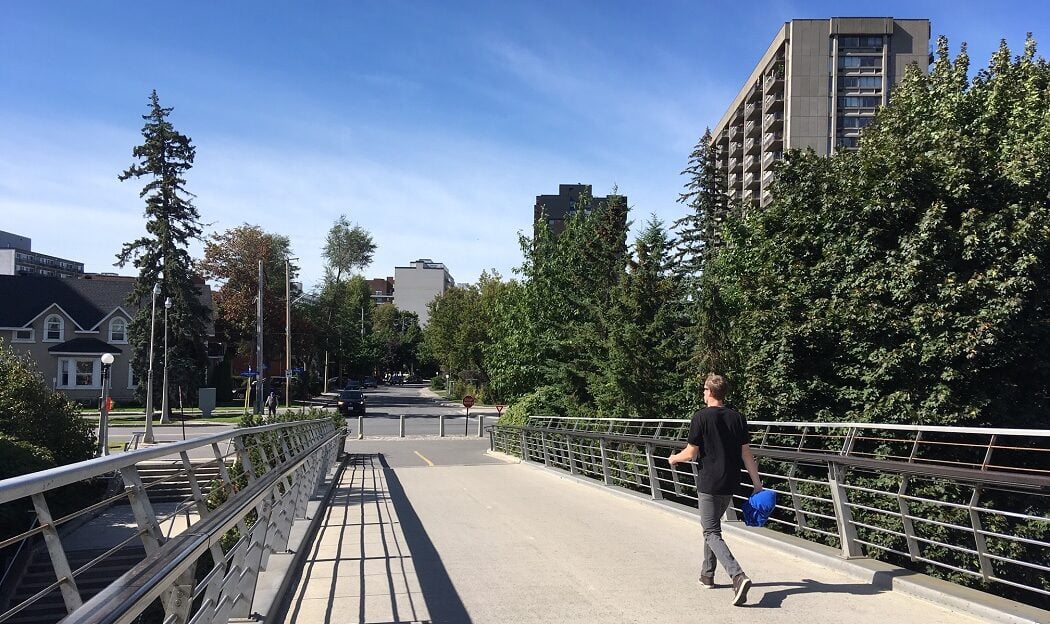 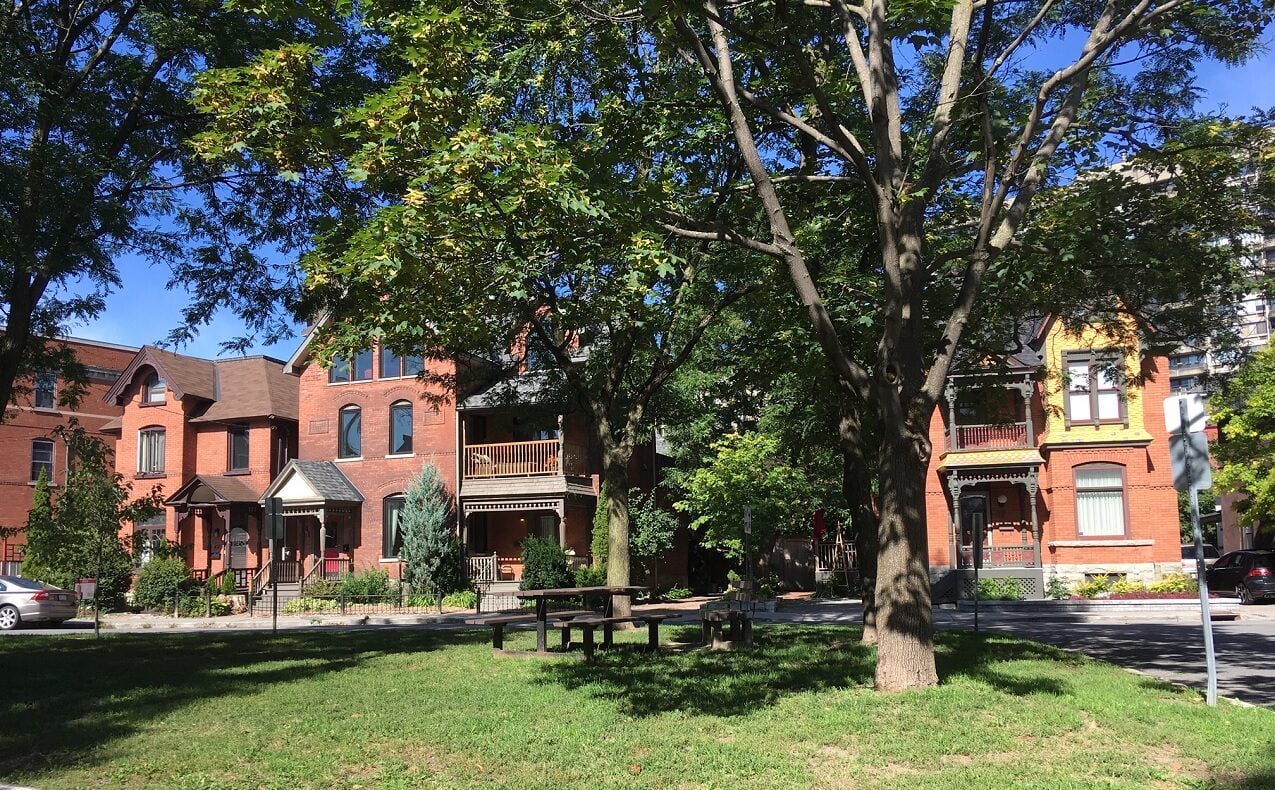 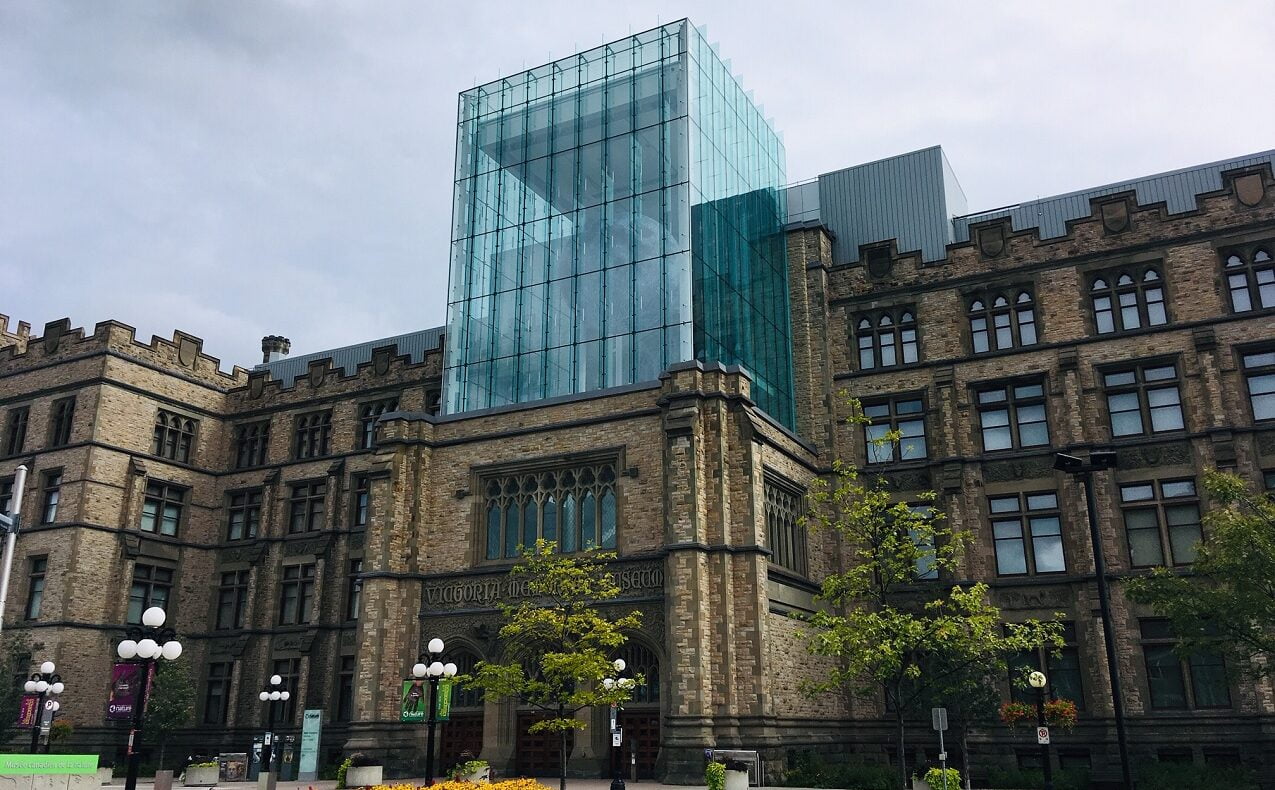 Centretown–Golden Triangle is bordered by Gloucester and Lisgar streets on the north, Bronson Avenue on the west, the Queensway on the south and the Rideau Canal on the east. 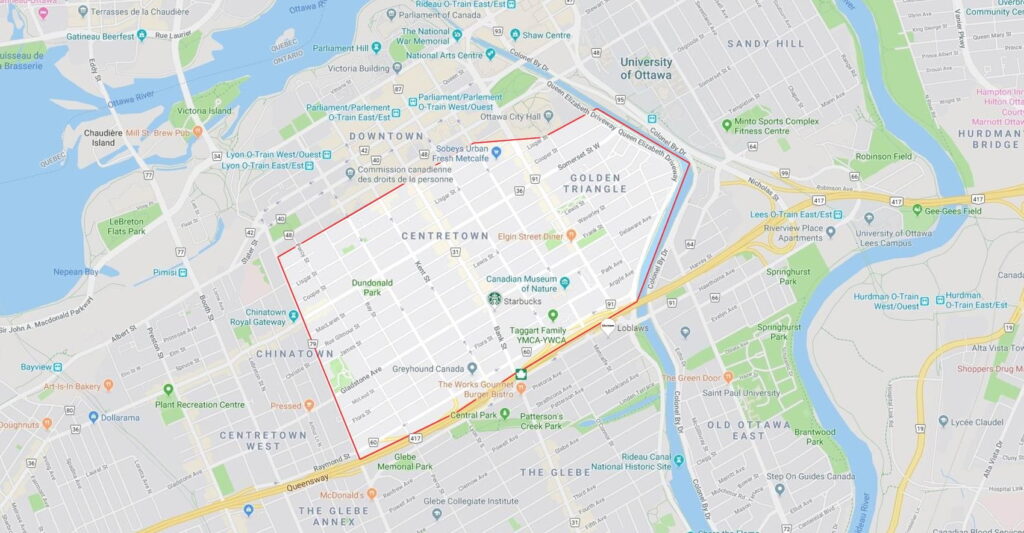 Until late in the 19th century, most of the development in urban Ottawa took place in Lowertown, Sandy Hill, and the area between Parliament Hill and today’s Laurier Avenue West. Residential development expanded south of Laurier in the 1890s, with buildings such as the elegant Hollywood Parade row houses on James Street and merchant Thomas Birkett’s grand mansion on Metcalfe Street (now the Embassy of Hungary). While the core shopping and entertainment district was further north, attractions in the neighbourhood included the Imperial Theatre (now Barrymore’s), built in 1914, and the now-demolished Rialto Theatre at Bank and Frank streets, which opened in 1931.

Until the early 1970s, the National Capital Commission restricted building heights in Centretown to no more than 149 feet (45.5 metres), so they wouldn’t block views of the Peace Tower. Once that rule was relaxed, new high-rise apartment and condo buildings sprang up in Centretown, mainly north of Somerset Street. Much of the neighbourhood’s southern section is still home to single-family homes, row houses and low-rise apartment blocks. The stretch of Elgin Street between Nepean Street and Gladstone Avenue, lined with bars and restaurants, became a hub of celebrations during the Ottawa Senators’ 2007 Stanley Cup run; city council later officially dubbed it “Sens Mile.” The Golden Triangle area, east of Elgin Street, has one of the community’s highest concentrations of well-preserved heritage homes.

One of Centretown’s grandest structures is the Victoria Memorial Museum Building, better known as the Canadian Museum of Nature. The first building in Ottawa constructed specifically to house a national museum, it opened in 1912. Government architect David Ewart originally included a large tower at the entrance, but it was removed in 1915 — three years after the building opened — because it was sinking into the Leda clay under the museum. After the 1916 Parliament Hill fire, MPs and senators met in the museum until the Centre Block was rebuilt. All sorts of Canadian plants and animals are carved into the museum’s sandstone walls, including beavers, foxes and acorns, as well as two large moose heads above the entrance doors.

The main section of the neighbourhood, west of Elgin Street, is known simply as Centretown; the compact section between Elgin and the Rideau Canal is often called the Golden Triangle.

Alternative schools in the Centretown include St. Patrick’s Adult School (English as a second language and computer classes) and the Richard Pfaff Secondary Alternate Program.

There are many independent and chain shops and restaurants in Centretown–Golden Triangle, mainly along Bank, Somerset, Elgin and Gladstone. Businesses include :

The Queensway runs along the southern edge of Centretown, with access points from Centretown–Golden Triangle. Queen Elizabeth Drive (also known as simply “the Driveway”) and the recreational pathway beside it provide a scenic walking/cycling route along the Rideau Canal to downtown, Dows Lake and other points. Bronson Avenue, on the neighbourhood’s western edge, becomes the Airport Parkway south of Carleton University and connects drivers to the Ottawa International Airport.

There are multiple designated cycling lanes in Centretown–Golden Triangle.