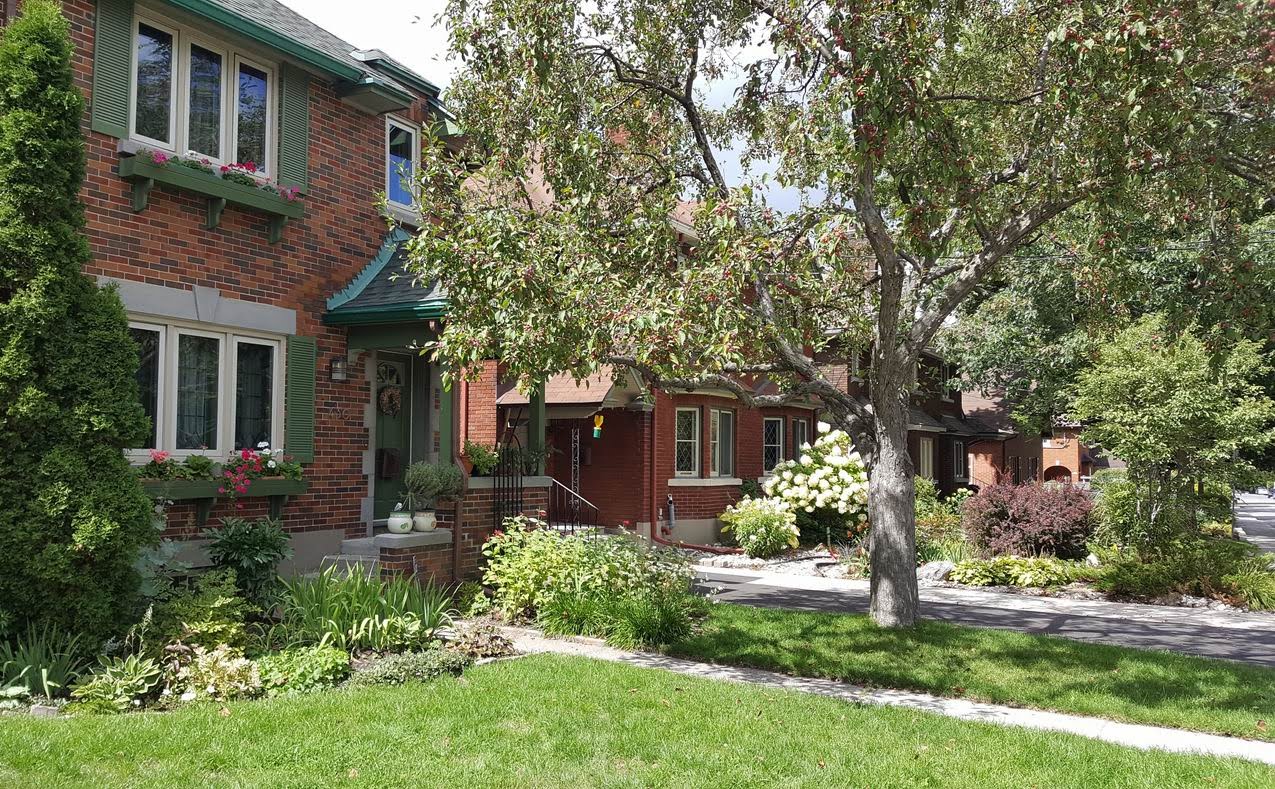 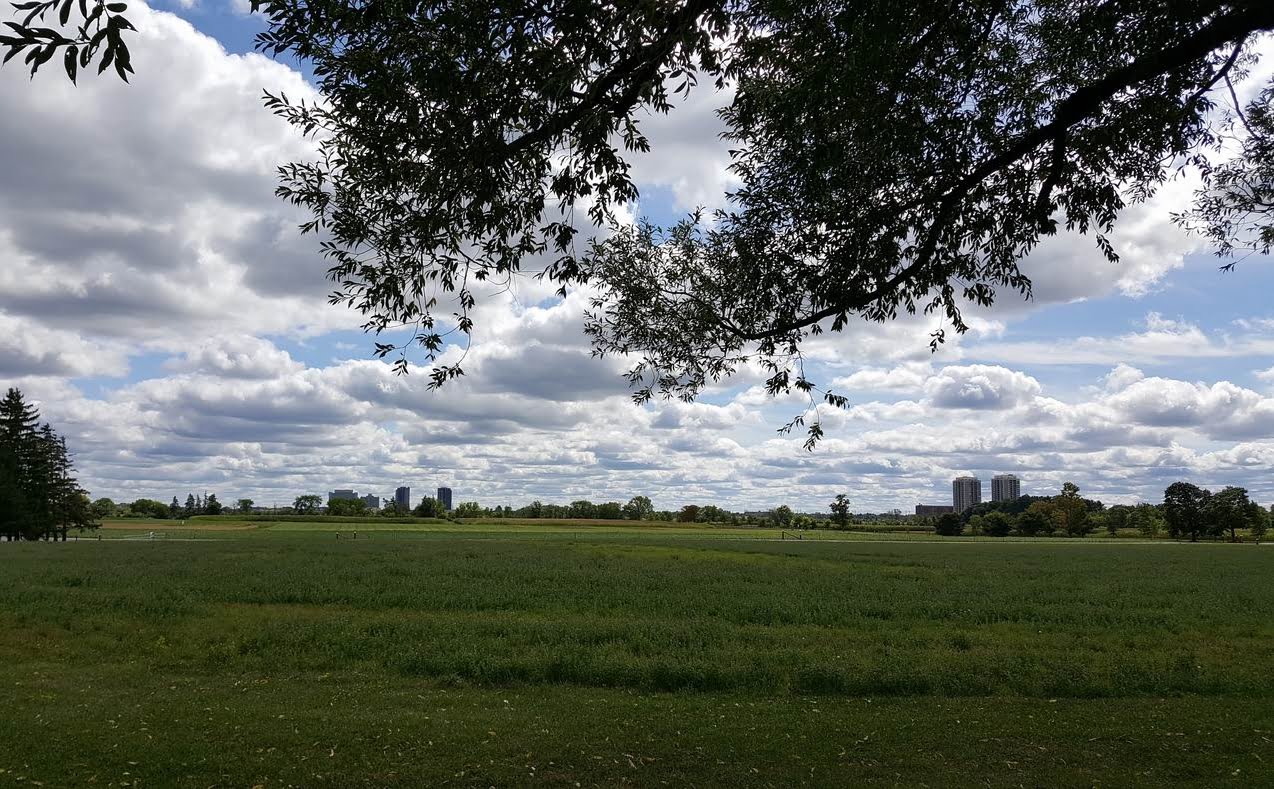 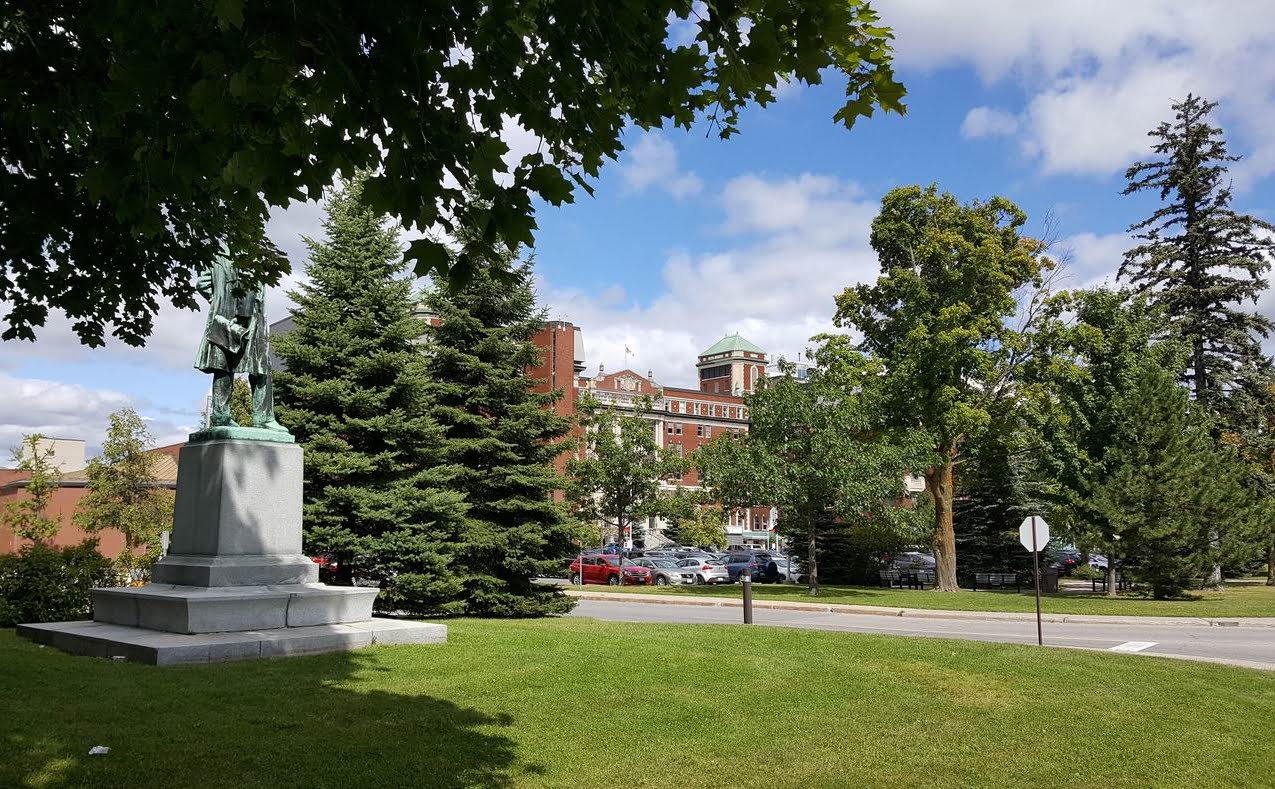 Hwy. 417 to the north, Baseline Road to the south, Woodroffe Avenue to the west, and Prince of Wales Drive and Preston Street to the east. 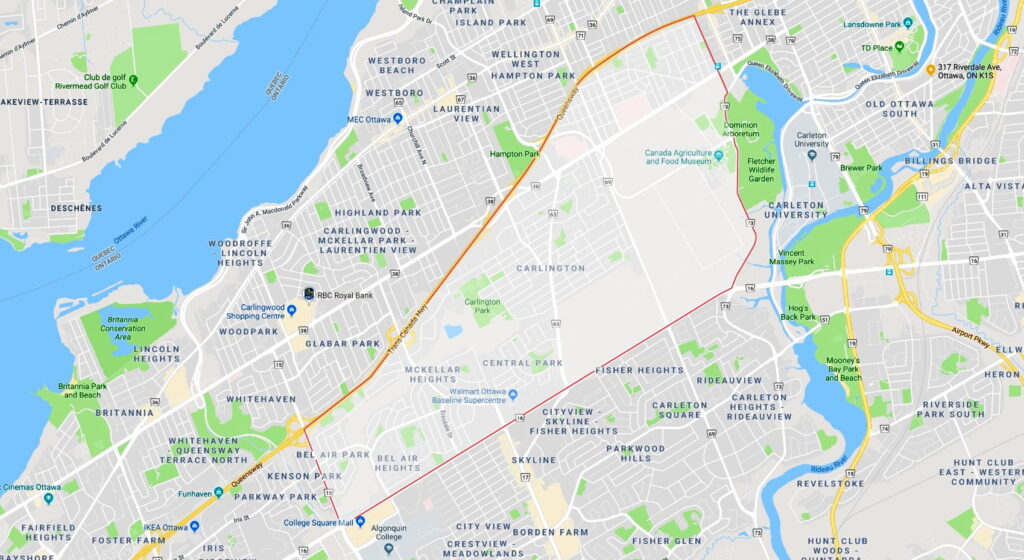 Farmers began settling the Civic Hospital area in the 1820s, and the Central Experimental Farm was established in 1889. Residential development was sparse until the Ottawa Civic Hospital opened in 1924. To the east, an Italian-Canadian community was growing south of St. Anthony of Padua Church, which began as a small chapel in 1908. South of the Experimental Farm, J.R. Booth maintained vast lumberyards in what is now Carlington well into the 1920s, at least; after the Second World War, much of the land became a development called Happy Valley, with small “veterans’ houses” for returning soldiers and their families. On Civic Hospital–McKellar Heights’ western edge, Bel-Air Park and adjacent areas were developed in the late 1950s and early 1960s. Central Park was created on former Central Experimental Farm lands in the late 1990s and early 2000s.

The Central Experimental Farm, a wide swath of agricultural land adjacent to Dows Lake and the Rideau Canal, is popular with cyclists, runners and dog walkers.

A diverse area south of the Queensway, Civic Hospital–McKellar Heights also includes the neighbourhoods of:

The area features a diverse range of housing, from well-preserved prewar homes near the Civic Hospital and small veterans’ homes in Carlington to 1960s singles in Bel Air Heights and newer townhouses and singles in Central Park. Condo towers are proliferating near Dows Lake. College Square and Algonquin College are just beyond the neighbourhood’s southwestern corner, while Carleton University is immediately to the east. Attractions include:

The neighbourhood is also home to several private schools, including the Turnbull School, Torah Day School and Parkdale Montessori.

The Civic Campus of The Ottawa Hospital, the Royal Ottawa Mental Health Centre, and Agriculture and Agri-Food Canada are three large employers in the area. Other businesses include:

The community is served by multiple public transit routes: octranspo.com. The Carling Station on the LRT’s Trillium Line serves the area. The Iris and Baseline Transitway stations, just beyond the neighbourhood’s northwest border, are slated to become LRT stations during Stage 2 of the Confederation Line’s western extension.