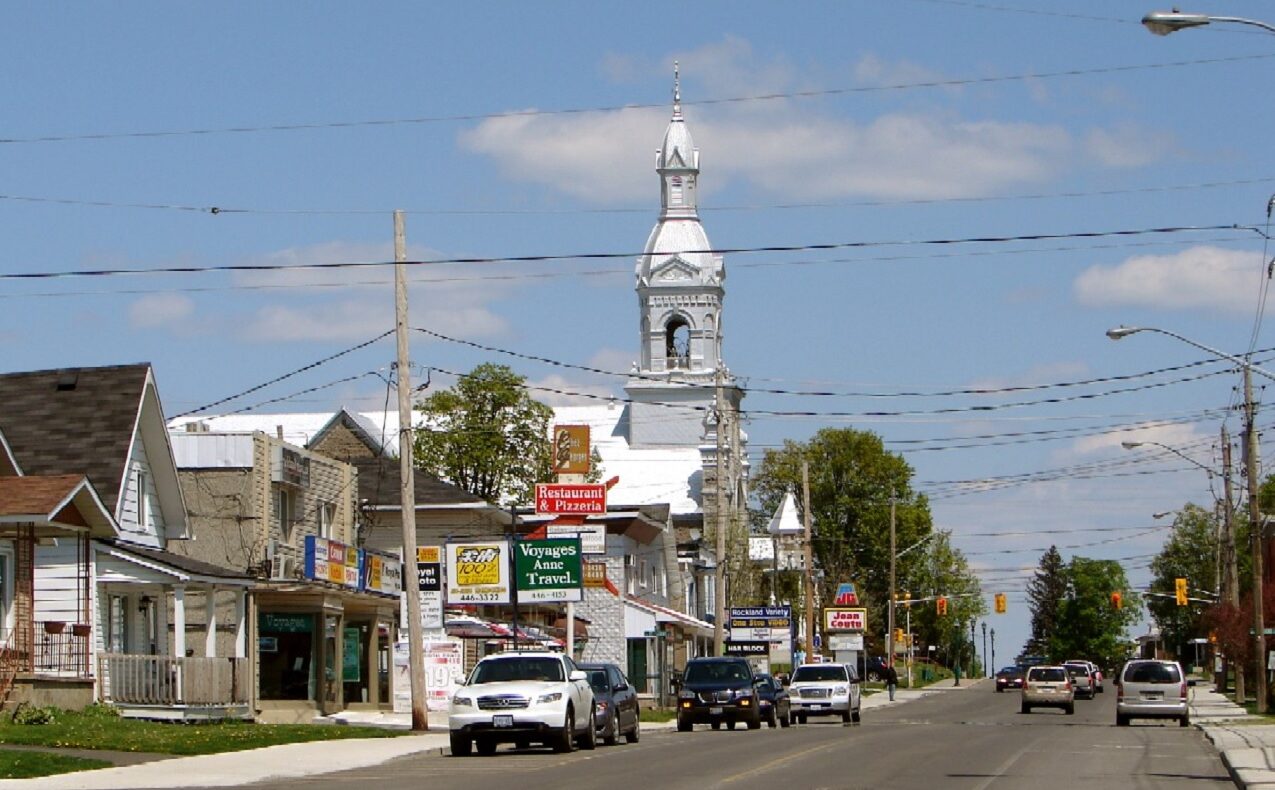 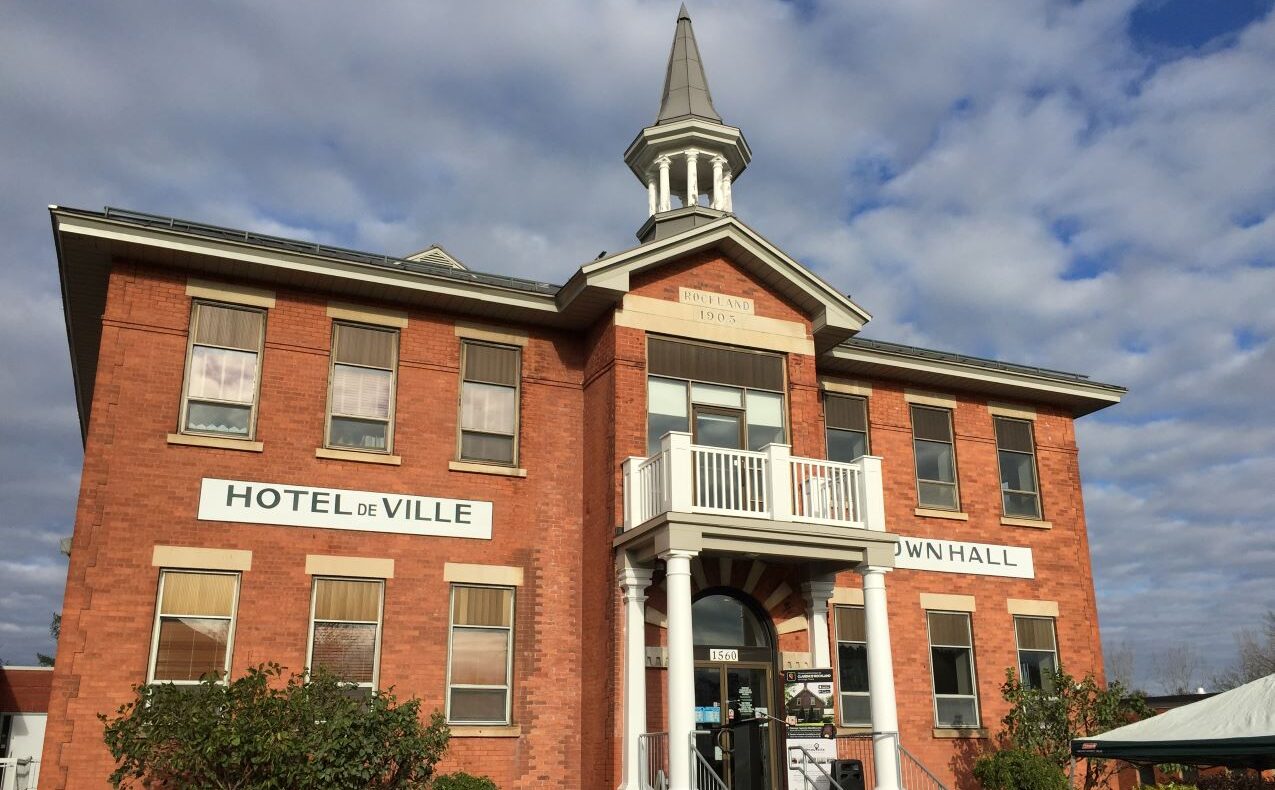 The boundaries of Clarence-Rockland are Cambridge-Clarence Road on the south, Canaan Road on the west, the Ottawa River on the north, and Division, Boudreau and Robillard roads on the east.

European settlement of this region began in the second half of the 19th century, spurred by railroads and agriculture. W.C. Edwards opened a sawmill in Rockland in 1868 that employed more than 1,000 people at its peak; when it closed in 1926, many moved to Quebec to seek work. The area’s fortunes rebounded in the post-war years, as returning veterans settled there. Highway 417 between Gloucester and the Quebec border opened in 1975, improving commuting times between the southern part of the community and Ottawa. Today, Clarence-Rockland is predominantly francophone but officially bilingual.

Rockland’s most prominent landmark is the 53-metre-tall silver tower of Très-Sainte-Trinité Church on Laurier Street. Completed in 1919, this is the third church on the site (the first two burned down). The parish occasionally hosts concerts in the church, which has excellent acoustics.

Beyond Rockland, much of this township is rural, appealing to home buyers who are looking for large properties and proximity to nature. Attractions in Clarence-Rockland and nearby include:

T.R. Leger School, which offers adult education and alternative programs, has a campus in Rockland.

Clarence-Rockland has a few independent stores and a good range of chain shops and restaurants, including:

Clarence-Rockland residents have access to a range of services, particularly in Rockland, including doctors’ and dentists’ offices, florists, grocery stores, day care centres, veterinary services, and banks. The nearest hospitals are in Ottawa and Hawkesbury.

In non-rush-hour traffic, Rockland is about 30 minutes from downtown Ottawa via County Road 17/Highway 174. From more southern communities in Clarence-Rockland, many commuters use Highway 417. Leduc Bus Lines provides weekday commuter service between multiple points in Clarence-Rockland and Ottawa. The Ecolos ferry connects Clarence to Thurso, Quebec.