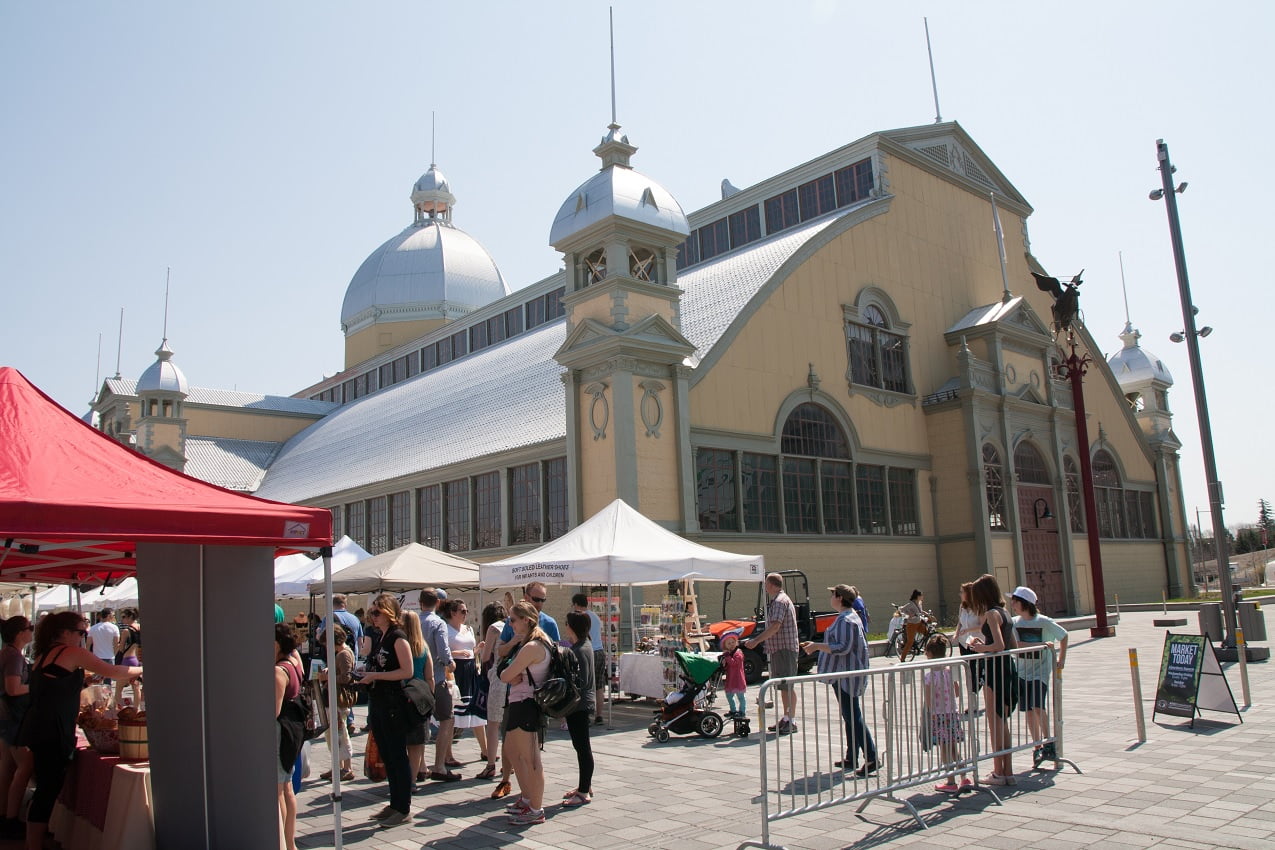 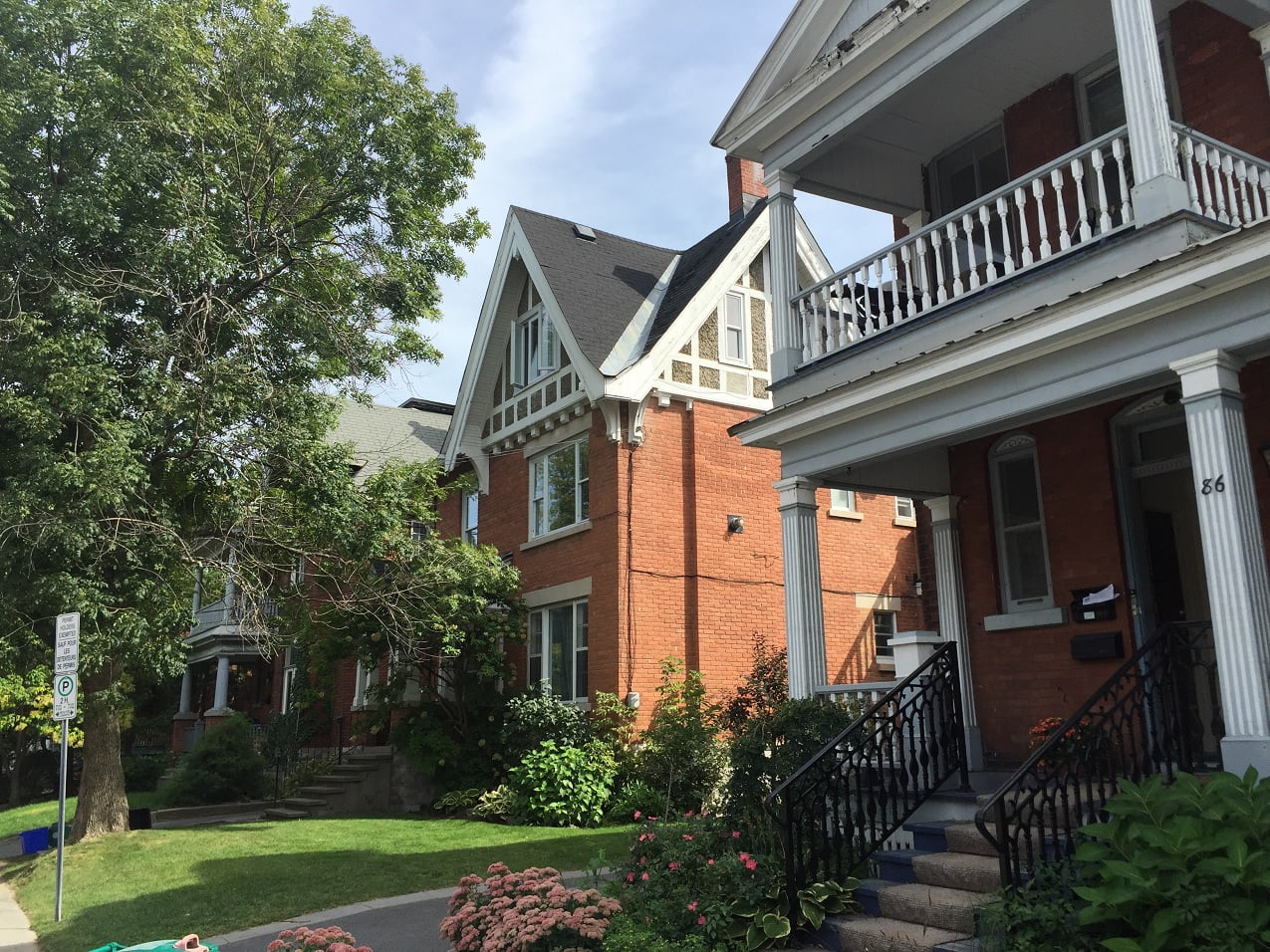 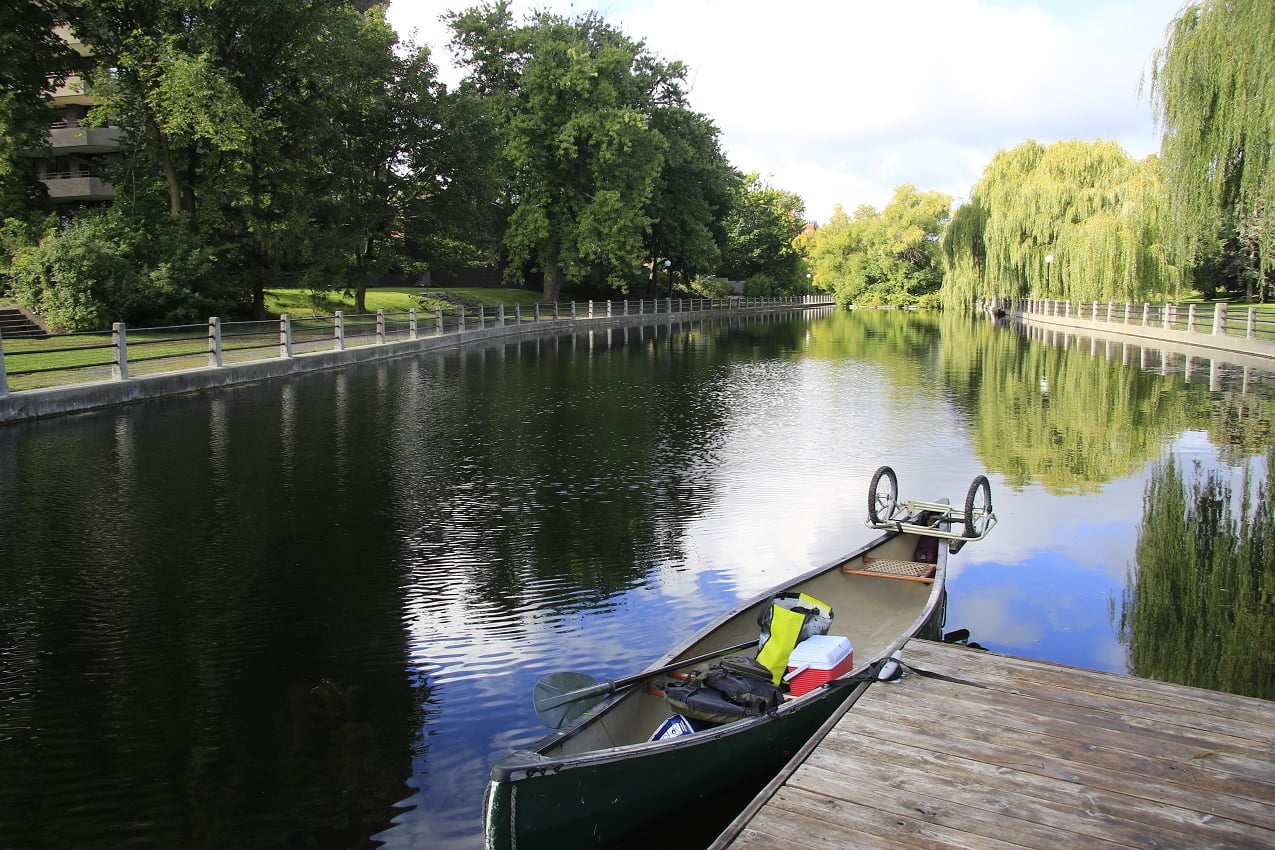 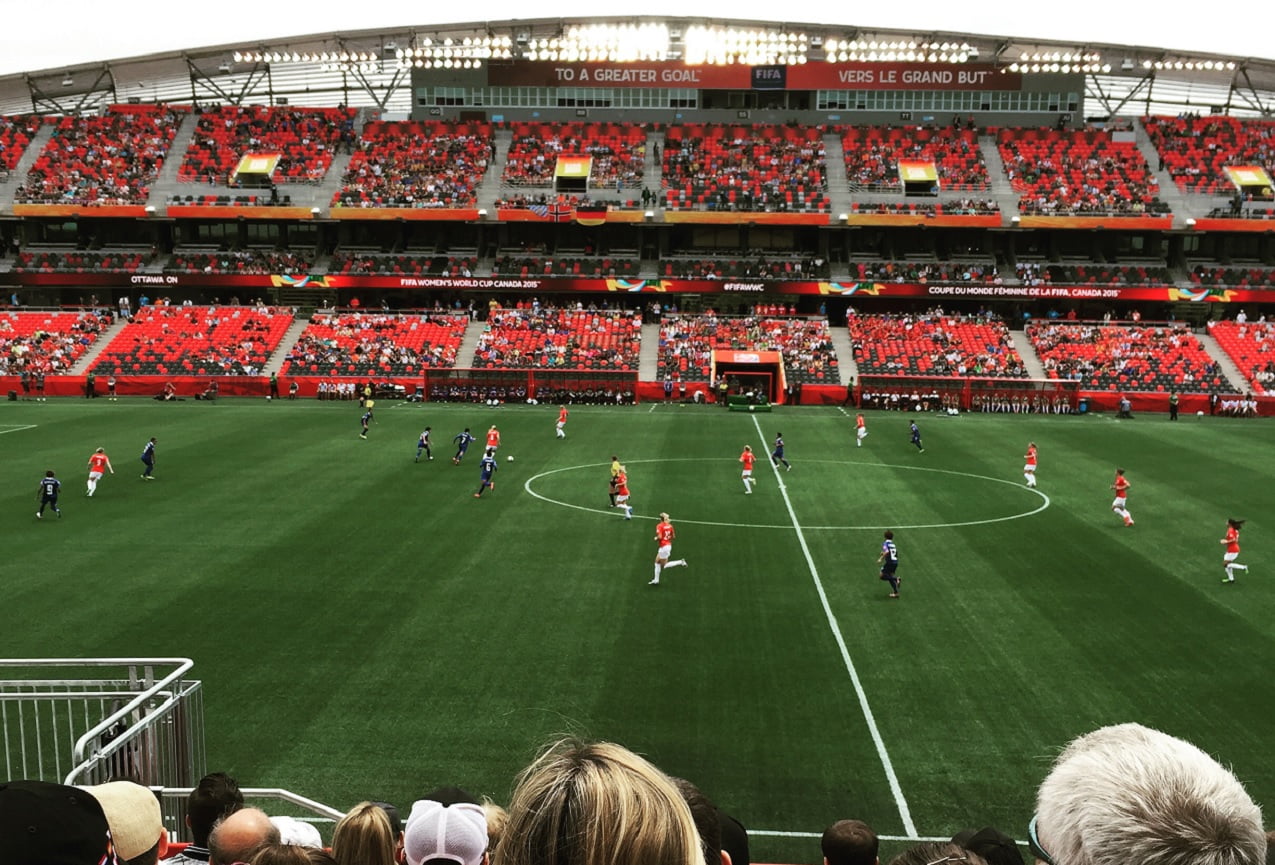 Many people define the Glebe as the area bounded by Bronson Avenue on the west, the Queensway on the north, and the Rideau Canal on the east and south. Statistics Canada also includes the residential streets around Dows Lake, south of Carling Avenue and west of Bronson Avenue, so we’ve included those here. 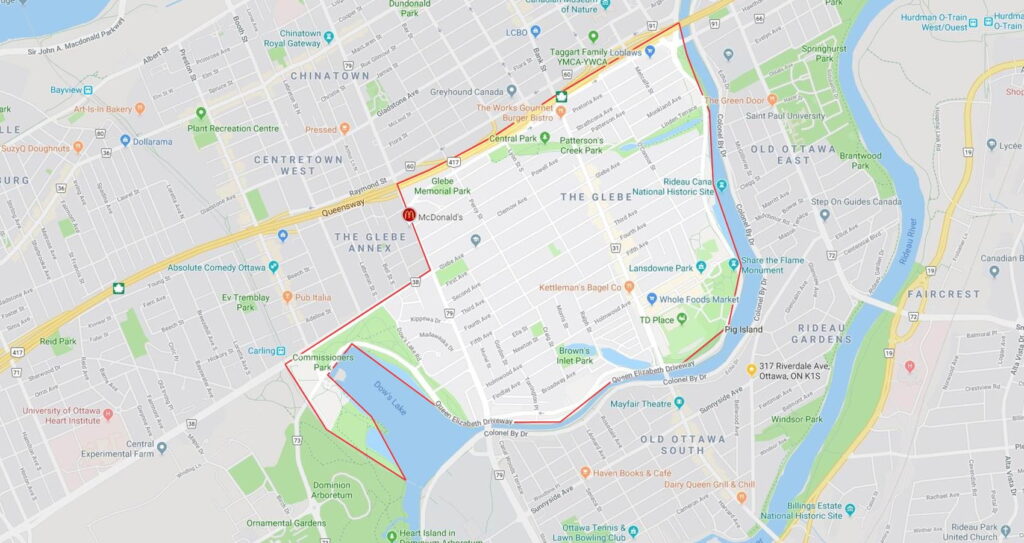 George Patterson, one of Colonel John By’s soldiers, built the first house in this area around 1826, just north of today’s Patterson Creek. Between 1826 and 1832, the construction of the Rideau Canal and the draining of Dows Great Swamp to create Dows Lake made the area much drier and healthier, as the swamp had been a mosquito breeding ground.

In 1837, the government of Upper Canada granted much of what is now the Glebe to St. Andrew’s Presbyterian Church (“glebe” means church lands). Development didn’t really take off until the late 1800s, when several things happened: the City of Ottawa annexed the area; the church began selling significant chunks of land; a streetcar line from Parliament Hill to Lansdowne Park opened along Bank Street; and two elementary schools were built.

A flurry of construction took place in the 1910s and 1920s, spearheaded by architect W.E. Noffke, who designed grand mansions and at least one apartment block. Carleton College set up shop in the Glebe in 1942 and stayed until 1959, when it became Carleton University and moved to its current location. Today, the Glebe is one of the most sought-after central residential neighbourhoods due to its heritage homes, canal access, pedestrian-friendly streets, Lansdowne Park amenities and lively Bank Street retail strip.

Lansdowne Park traces its roots to 1868, when the City of Ottawa Agricultural Society acquired 19 acres of land along the Rideau Canal. The first Central Canada Exhibition took place there 20 years later, in 1888, and the Aberdeen Pavilion (now a National Historic Site of Canada) opened in 1898. Over the years, the park has hosted sports games, military encampments, concerts, parades and more. In 1967, the Civic Centre arena opened below the existing football stadium. In the 2010s, the stadium/arena was extensively renovated and renamed TD Place, new condos and townhouses sprang up along the park’s edges, and a range of new shops, services and restaurants opened.

The main section of the neighbourhood, east of Bronson, is known as the Glebe; the residential section in the far southwest corner takes its name from adjacent Dows Lake, and Lansdowne Park forms a newer neighbourhood.

The Glebe attracts home buyers who like tree-lined streets, century homes or modern infill properties, proximity to Lansdowne Park and the Rideau Canal, and the chance to commute to downtown jobs without driving. Attractions include:

Alternative schools in the Glebe include the Glebe Montessori School and the Element High School.

The Glebe is packed with independent shops and restaurants, as well as several national chain stores. Businesses include:

Most of the Glebe’s sports amenities — including basketball courts, an outdoor skating rink, a skateboard park and a children’s play area — are clustered at Lansdowne Park. The neighbourhood also offers easy access to the Rideau Canal, including a large warming hut and several food stands at Fifth Avenue during skating season. Other amenities in the Glebe or nearby include:

OC Transpo routes connect the Glebe to downtown, Billings Bridge and other central areas of the city. The Queensway runs along the northern edge of the Glebe. Queen Elizabeth Drive (also known as simply “the Driveway”) and the recreational pathway beside it provide a scenic route along the Rideau Canal to downtown. Just south of the neighbourhood, Bronson Avenue becomes the Airport Parkway, leading to Ottawa International Airport.