Caivan launch of The Ridge in Barrhaven proves popular 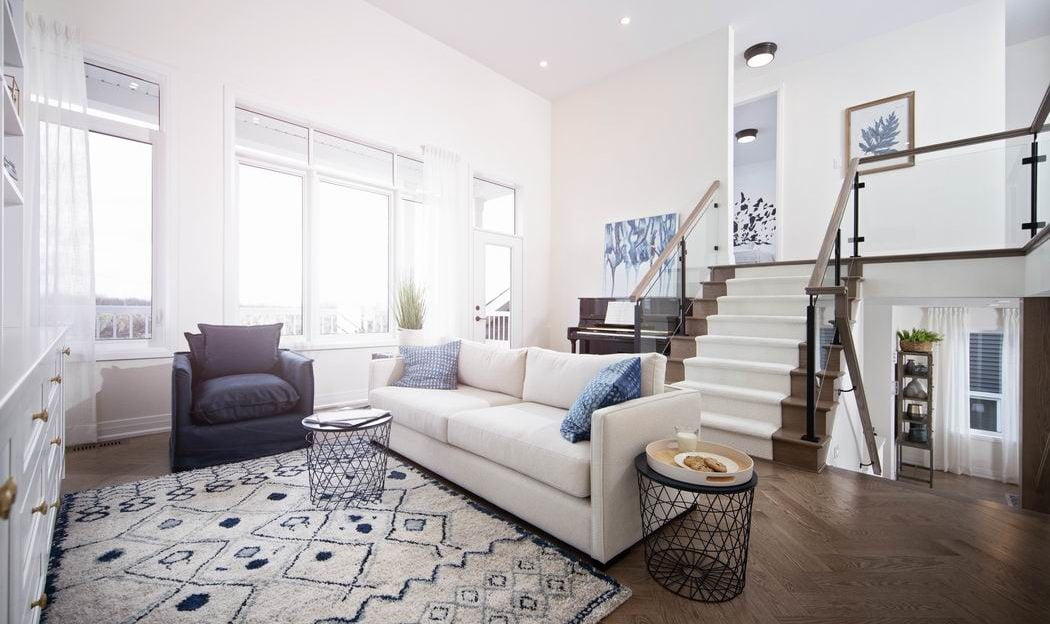 The Ridge is a development of about 1,000 homes south of the Jock River.

Buyers in Barrhaven can’t get enough, a point that was illustrated once again with the recent launch of The Ridge, Caivan Communities’ second project within the span of a year in the bustling suburb.

The Ridge is a development of about 1,000 homes set on 100 acres south of the Jock River between Borrisokane Road and what will be a realigned Greenbank Road.

The demand evident at the project’s launch on Oct. 5 was a further indication of Barrhaven’s continued popularity among new home buyers. For more than a year, the south end of the city, of which Barrhaven makes up a large portion, has topped the market share for homes bought, according to industry analyst PMA Brethour Realty Group.

And in October, the month when The Ridge launched, the south end scooped up almost 50 per cent of the city’s sales, while Caivan alone accounted for 25 per cent of the homes sold, with most of those being in Barrhaven.

“By the time we opened the doors on Saturday morning, there was probably about 90 people in line,” director of sales and marketing Jonathan Wiseman says of launch day. Demand was so strong that the initial 110 lots released were not enough and another 40 were offered as opening weekend progressed.

So far, close to 150 homes have been sold at The Ridge and Caivan is temporarily sold out of townhomes. Meanwhile, Caivan’s other Barrhaven community, The Conservancy, is sold out until the next phase. (It’s a similar story throughout Barrhaven, where other builders have either launched or released with most, if not all, lots quickly snapped up.)

That was part of the reason for launching The Ridge now, says Wiseman. But it was also “to broaden our offering in the south,” he says.

Both Conservancy and The Ridge offer singles and towns, but where Conservancy had rear-lane towns, The Ridge is selling 25-foot, two-storey townhomes from its recently introduced townhome line.

“The Ridge does have a different layout and feel than Conservancy,” says Wiseman. Although located farther south than Conservancy (Conservancy is north of the Jock River), it’s still “surrounded by quite a few existing communities, so there’s lots of amenities that are already established nearby.”

It also offers “a very different feel to the community in the sense that The Ridge is topographically very elevated compared to the neighbouring neighbourhoods,” he notes. Hence, the name The Ridge, since parts of the community actually sit on a natural ridge that will allow key lots to see as far as the Gatineau Hills on clear days, he says.

“It is a very interesting location and will really have some beautiful views.”

The project will also boast a large park located centrally within the community. “There are quite a few lots that either back onto the park or face the park,” Wiseman says. “That creates a really nice look and feel for the neighbourhood.” 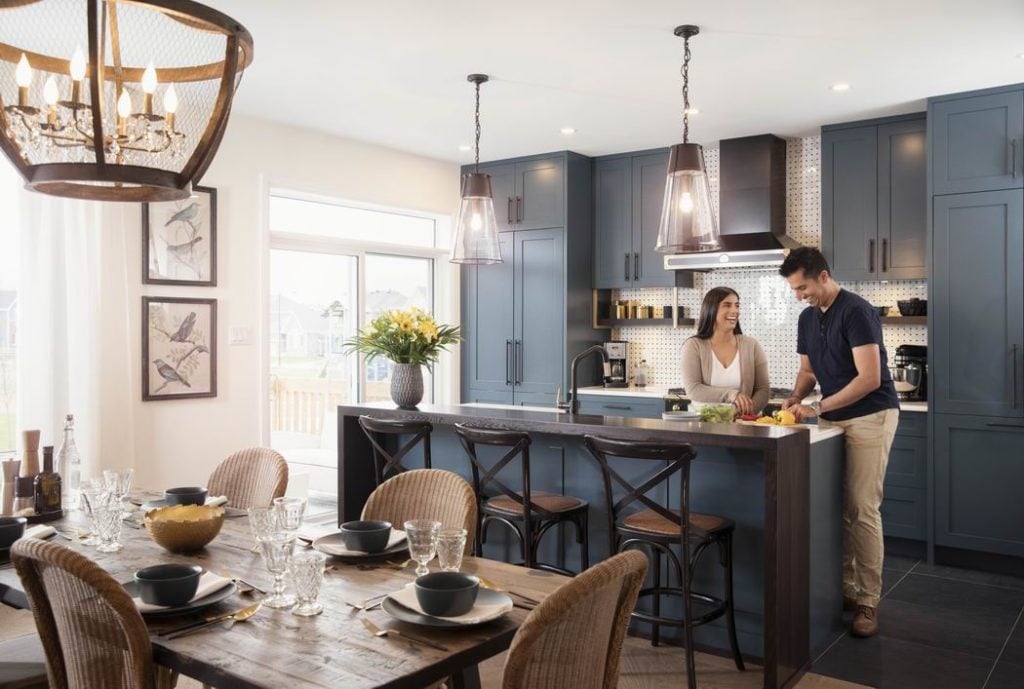 Caivan’s newest model home (built at its Orléans location but available at The Ridge) is the two-storey Plan 3 from the 42-foot collection. Photo: Roth and Ramberg

When it comes to the homes, Caivan has championed floor plans are open concept, with spaces that offer flexibility while encouraging family connections. Caivan has even trademarked its OpenPlan philosophy of design, in which bulkheads, bump-outs and columns are virtually eliminated to take the layout a step beyond open concept.

Lots for single-family homes at The Ridge range from 35 to 50 feet wide and include bungalow options. Included features range from finished basements and main-floor hardwood to granite kitchen counters and nine-foot ceilings on the main floor.

Typical buyers have some connection to Barrhaven, Wiseman says, either already living there, originally from the area or looking to be near family members. And, thanks to the variety of homes on offer, “we really do see a mix of young families, families with school-age children or slightly older children and we do see some people who are looking to downsize.” 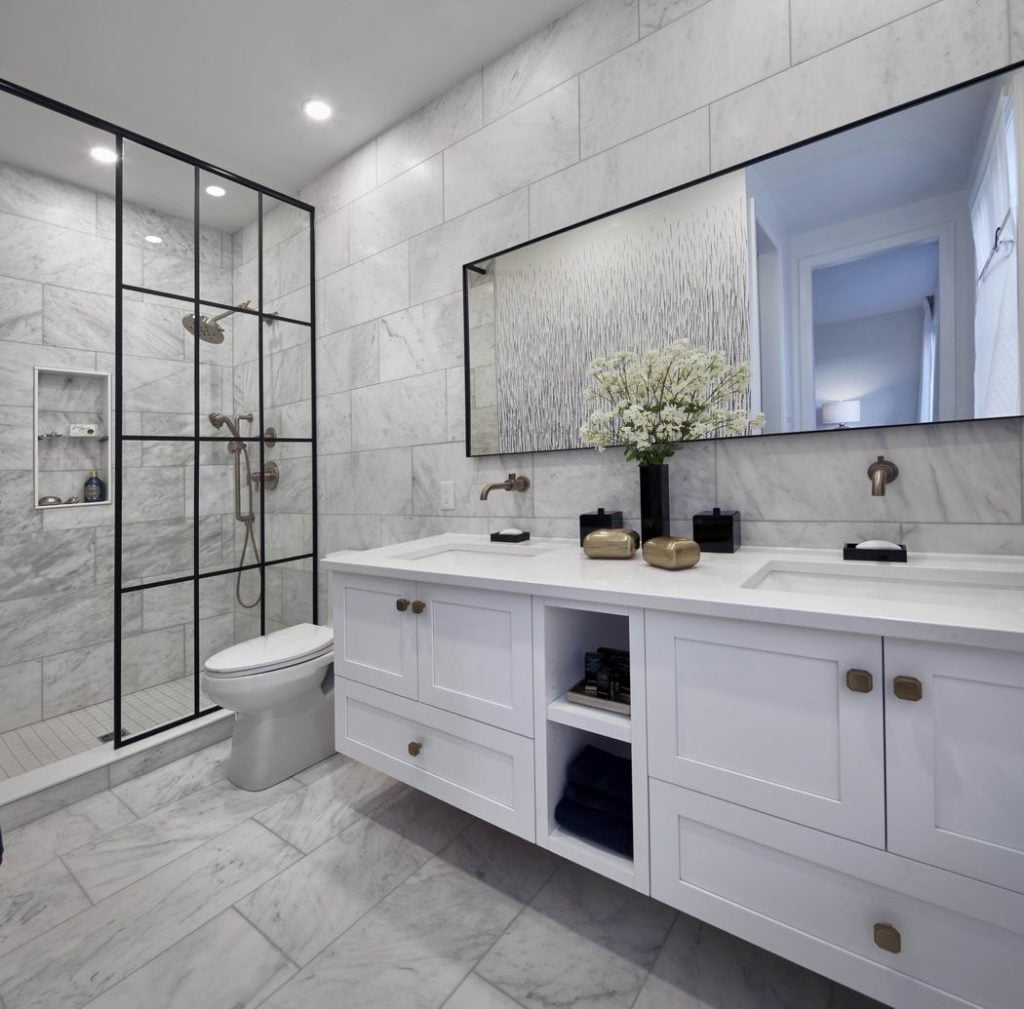 Aside from the townhomes, a popular model has been the floor plan of a new model home Caivan opened at its Orléans Village location on the same weekend as The Ridge launch.

From the builder’s 42-foot collection, the model (Plan 3) is a split-level with 2,573 square feet. It features a bright yet cosy family room above the garage that’s located halfway between the main and second floors. As a result, it’s both separated from the main floor while still being connected.

“Split levels are always quite popular, but this one being on a 42-foot-wide (lot) really does give it a unique feel with those very large windows in the front and back of the house that our OpenPlan designs include,” says Wiseman.

Initial occupancy is expected in March 2021. For more information and current pricing, check our development profile of The Ridge. 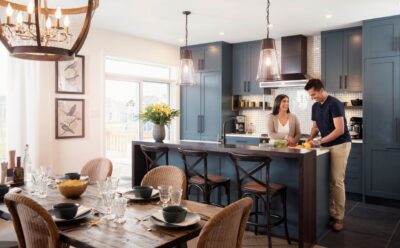