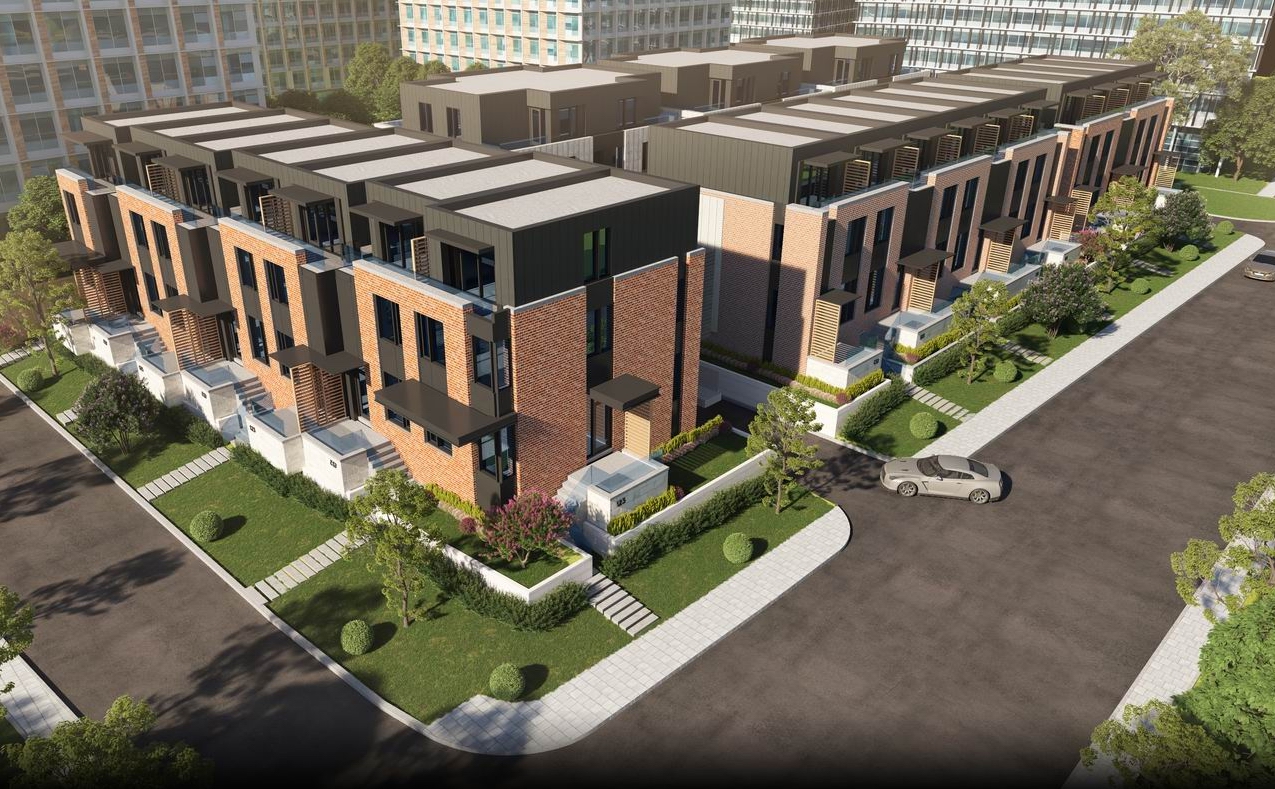 The Gramercy Westboro is an enclave of 29 contemporary townhomes between Scott Street and Richmond Road.

Inspired by the brownstone walk-ups of Gramercy Park in New York City, a group of investors known as Clifton Properties Group has come together to turn a handful of lots in Westboro into an enclave of 29 walk-up townhomes.

Designed by Hobin Architecture and to be built by well-established construction company Ed Brunet & Associates, the project — called The Gramercy Westboro — offers a type of home distinctly lacking in the popular neighbourhood, which typically sees expensive custom infills or mid- to high-rise condos when it comes to redevelopment.

The aim “was to create a high-density low-rise project when everyone else is building high-rise rental,” says Hobin Architecture founder Barry Hobin. “There are almost no townhouse projects or zonings in the best inner-city neighbourhoods: Glebe, Westboro or Old Ottawa South.

“The landscape is dominated by semi-detached and high-rises. The Gramercy focuses on a buyer who wants to live in a great area without being able to afford the upscale semi and (who) does not want to be in a condo.”

The homes will be built on what had been a block of single-family home lots along Clifton Road, between Scott Street and Richmond Road and backing onto the Farm Boy and Bridgehead on McRae Avenue. As a result, they create a stepped transition between the mid- and high-rise buildings to the west and the single-family homes to the east.

While there was initially some thought to building a mid-rise rental on the site, Hobin and the area’s councillor, Jeff Leiper, “really steered us in the direction of townhomes, and I think it was very good advice,” says Clifton spokesman James Macmillan. “It’s a product that’s somewhat unique for the area and also sort of fits the times.”

The units offer flexibility for families, those working from home and those seeking the low-maintenance lifestyle of a condo while still having a private residence.

“Our units are all three bedrooms and two-and-a-half bathrooms and that’s somewhat of a COVID-friendly layout,” Macmillan says.

There are three floor plans to choose from, with the Hobin team driving the design look and feel, he says. “We wanted something that presented as contemporary but not ultra modern and to make use of bricks and stone that were the traditional building materials of Westboro.” 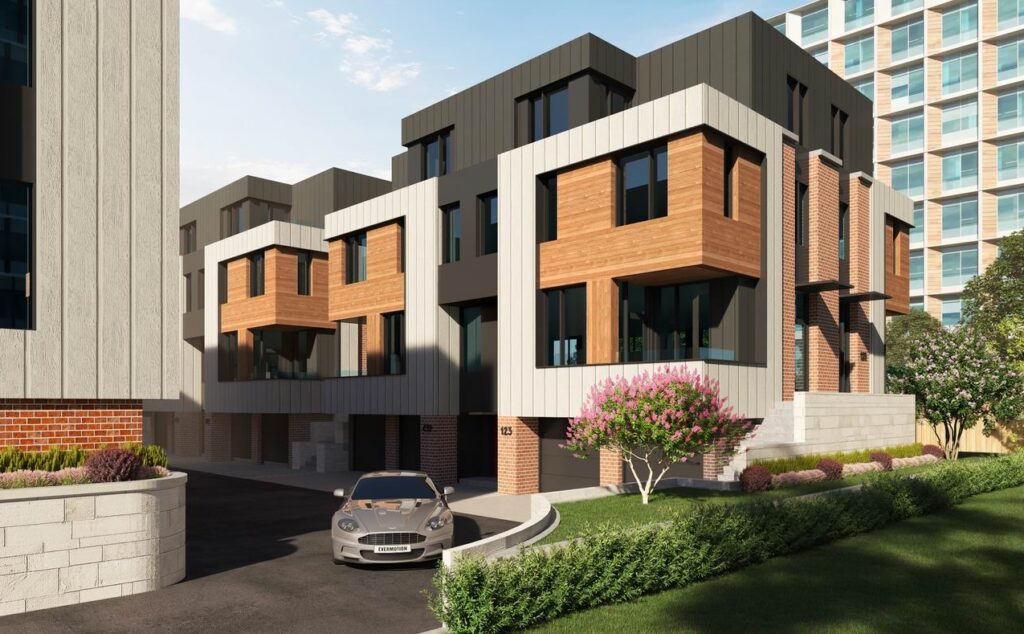 Tucked in behind the street-facing units are 12 back-to-back towns with garages for all located under the front unit.

The 17 units facing Clifton Road and Wilbur Avenue are designed to have a more transitional presence, while the 12 back-to-back units tucked in behind on a private lane have more of a modern feel, he says. Square footage ranges from 1,515 to 1,931 square feet.

Technically, the garage level is considered the basement, with the main living level slightly elevated from the street, hence the walk-up. Some units include a family room on the garage level, some have a backyard patio space, and all feature a balcony off the third-floor master suite.

“We wanted to provide a master bedroom that has all the amenities that people are looking for in terms of ensuites and walk-in closet space,” says Macmillan.

The master bedrooms take up the whole third floor, offering privacy, with secondary bedrooms on the second floor along with the laundry room.

The main living level, meanwhile, is open concept, with kitchen, dining room and living room creating a place to congregate. “We wanted to work within the footprints that we have to provide flexibility for what we think will be a variety of different types of buyers,” Macmillan says.

Although The Gramercy has not yet begun sales — Macmillan expects that to start in the next few weeks and pricing is being finalized — the project is seeing a lot of interest “from Westboro residents who are possibly thinking of downsizing or making different real estate decisions.” He also expects the homes to appeal to younger professionals and those with shared custody arrangements who want to stay close to the family home.

“Our location is fantastic,” he says. “We’re a great mix of being in one of if not the most desirable locations in Ottawa, where you’ll be able to get a space that provides you with room, is new, and provides you the opportunity to put your personal touches on it.”

Clifton Properties hopes to begin construction in the spring, with demolition and site servicing starting before the end of this year. That would put initial occupancy at fall 2023.