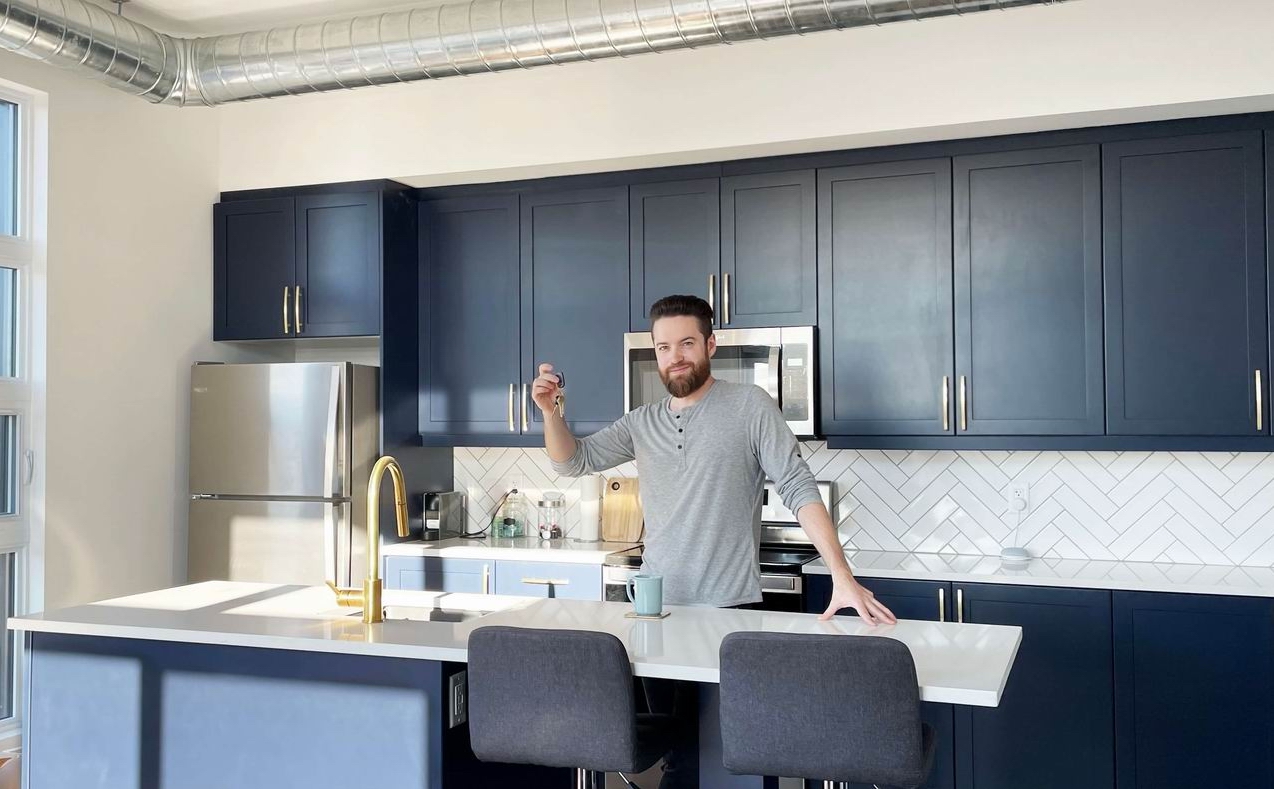 Inspired by the white, walk-up rowhouses of Kensington in London, England, developer Orange Design Build has created its own take on the style with a white four-storey building in Hintonburg.

Called Kensington Lofts, the 26-unit condo is clad in white brick with black accents and ground-floor units that have private walk-up (or down) entries, bypassing the common hallway of the rest of the building.

“I basically took a couple things from Kensington, like the white-and-black themes of the buildings, and tied that in with my own kind of style and my own design,” says Ryan Macintosh, principal owner of Orange. The walk-ups were included, he says, because “it made a lot more sense to have walk-ups to create consistency” in the area’s streetscape.

It’s an unusual approach in Ottawa, yet it fits in well at Pinhey and Armstrong streets, a block south of Wellington Street West and on a corner that has seen much redevelopment in recent years. 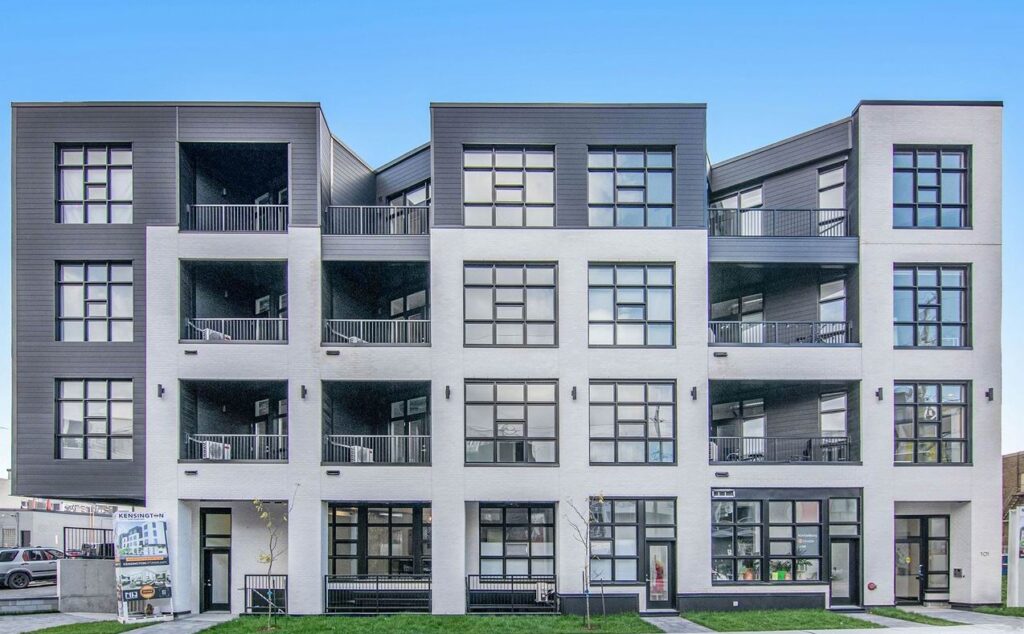 “I wanted to do something that was more human scale… what I think is proper gentrification in the neighbourhood,” says Macintosh, who studied urban sustainable development at Carleton University, including a project on the gentrification of Hintonburg.

In another unusual approach, Macintosh went ahead and built the building before putting it on the market.

“We wanted people to see the spaces,” he says, feeling it would make for a better buyer experience. Constructed during the pandemic, which Macintosh says was “quite the journey,” the project launched this summer through the real estate firm New Purveyors. Nine units remain. 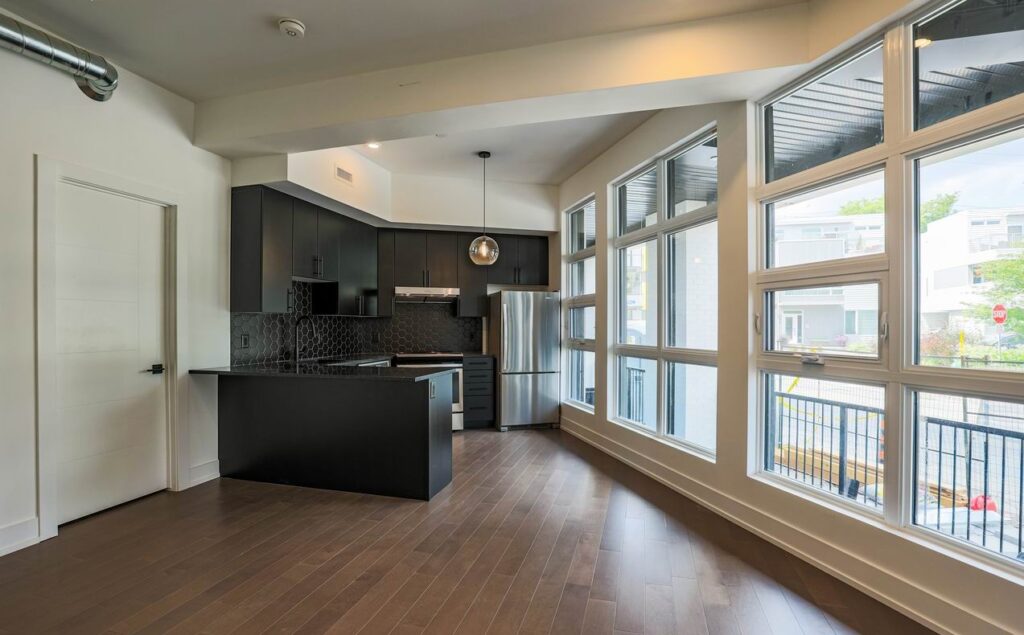 “People have liked it. A buyer can walk in and understand everything that they’re seeing, versus a floor plan, which many people struggle with,” says New Purveyors’ Matt Richling.

Having lived in the area for some time and seen smaller projects by Orange nearby, he was intrigued when Kensington Lofts came along and signed on early.

“I really like modern-looking buildings and good use of design. I really like the white brick and how it plays a contrast with the black metal siding.”

And now that he’s working from home thanks to the pandemic, having the second bedroom is coming in handy as his home office.

He’s met some of his new neighbours and says they seem “like a nice diverse crowd.” 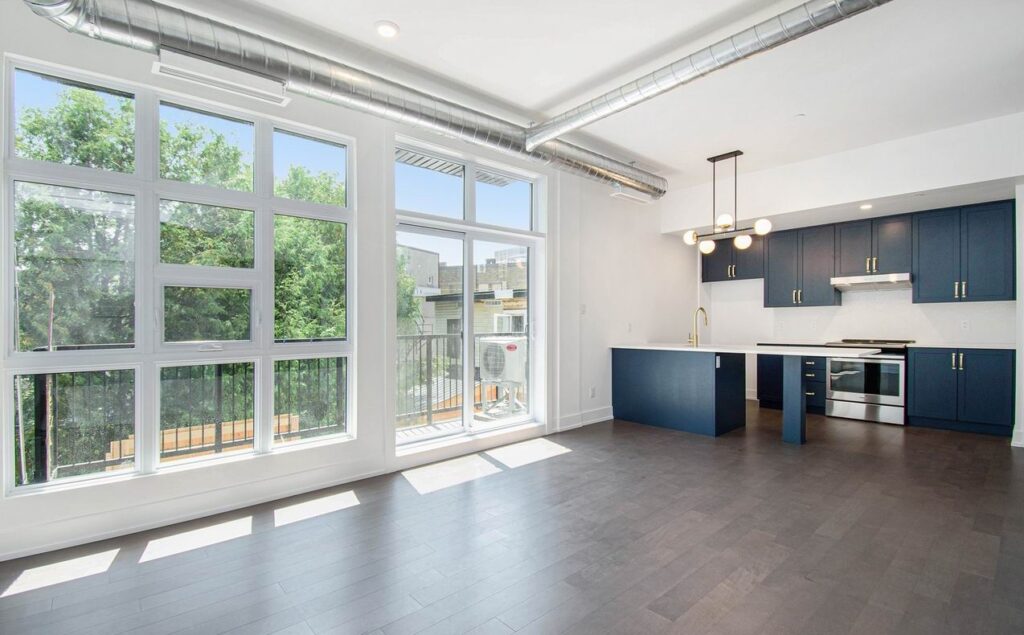 Richling agrees, saying they’ve seen a mix of buyers from young professionals to downsizers. “You’re looking for people who want to be in a condo, they don’t want to be right downtown, they want the lifestyle. This building location-wise has been really good.”

Jackson-Spentzos loves the area. “It feels like a close-knit community type of place and everything is walking distance from each other,” he notes. A typical Sunday for him is getting a coffee and muffin in the morning from Les Moulins La Fayette bakery, then going across the street to the Marché Hintonburg Market to pick up groceries for lunch or dinner, and later a pint at the Elmdale Oyster House & Tavern or Tennessy Willems.

“This area is getting a reputation for itself as an up-and-coming area,” he says. 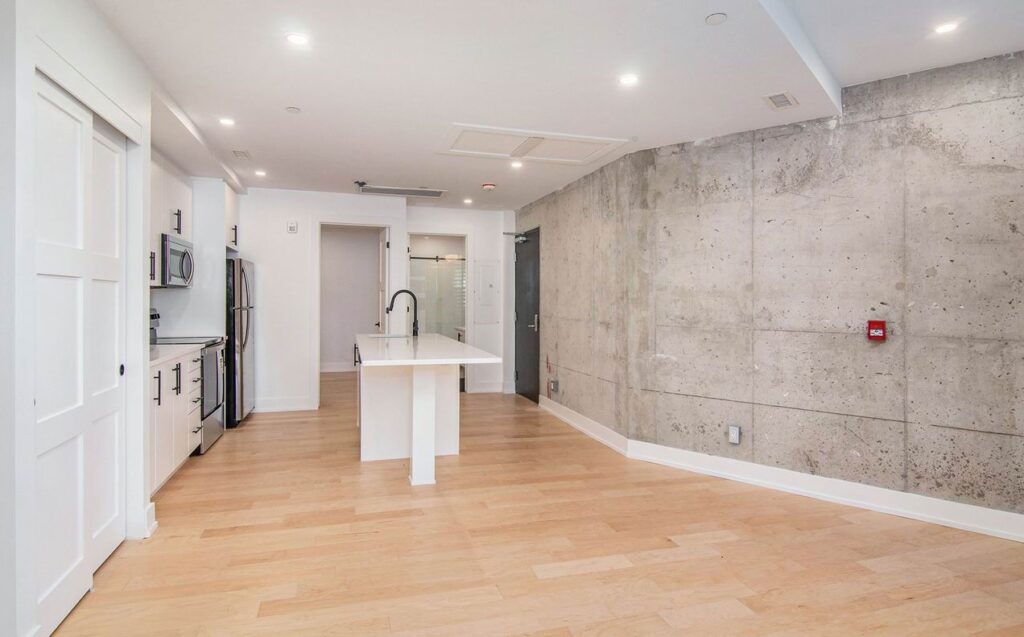 Of the nine units that remain, pricing starts at $391,900 and suites range from a 548-square-foot one-bedroom with a private entrance to a barrier-free top floor unit with two bedrooms, two bathrooms and 872 square feet. Units come with 10-foot ceilings, five appliances and higher-end finishes chosen by KODA Interiors.

London flats was the starting point for building the interior design packages, “but then we felt we really wanted to tune in to what was trending — the mid-century modern, the farmhouse style” to offer flexibility when it came to customizing each unit, says KODA’s Jasmine Morvay. “I was really pleased with how they turned out… If you buy a unit, your neighbour’s unit is not going to be the same.”

Jackson-Spentzos “went with kind of a modern look” that includes navy blue with gold accents in the kitchen and a herringbone tile backsplash. He loves how big his kitchen is. “That’s where you spend most of your time, cooking delicious food and making memories.”

The building’s amenities were purposely kept in check. “(Orange) wanted to make it very attainable,” says Richling. That means there is a 1,500-square-foot rooftop terrace — “When I first went up to the rooftop, I was kind of mind-blown,” says Jackson-Spentzos — and a pet-washing station in the garage, but little else.

“There was no reason to have amenities; there’s tons of stuff around there,” says Macintosh. “It’s a building that’s going to age well.”

For more information about Kensington Lofts, see our development summary. 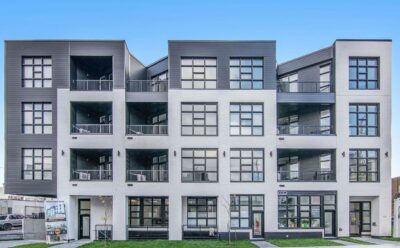