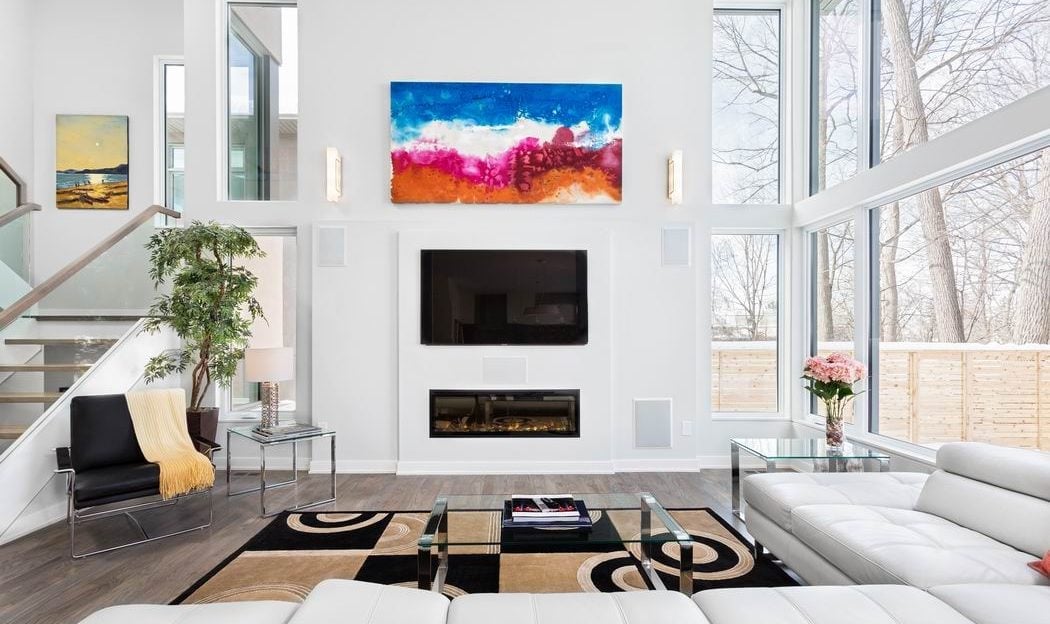 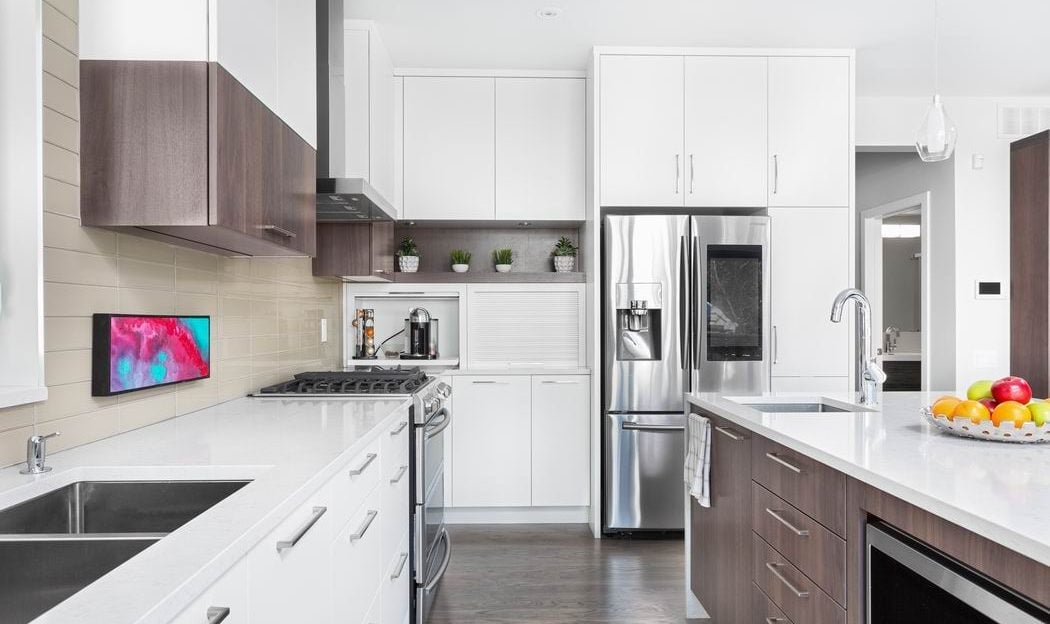 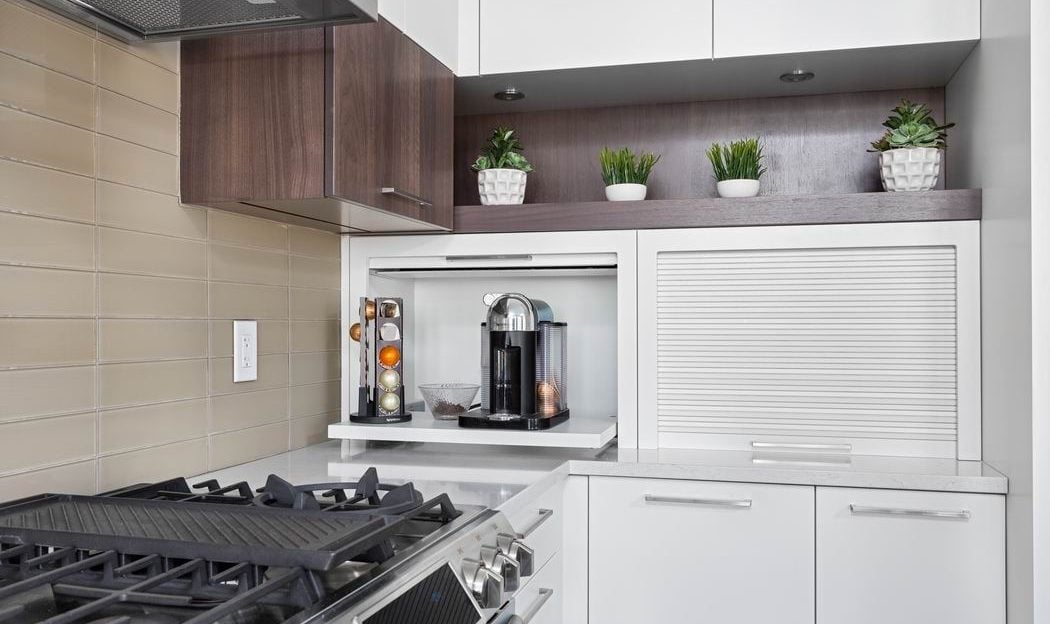 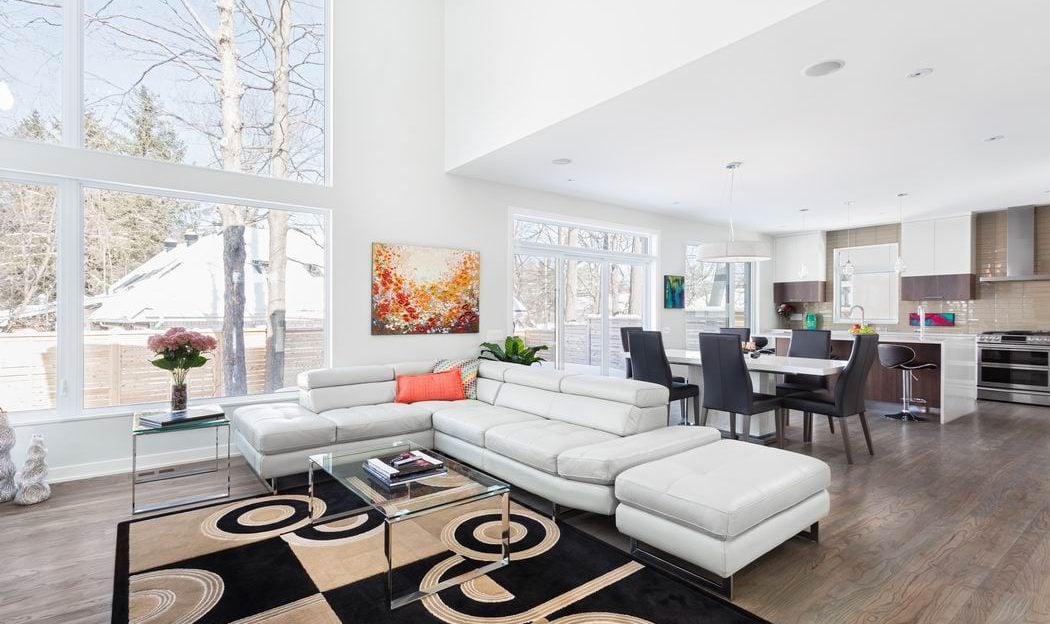 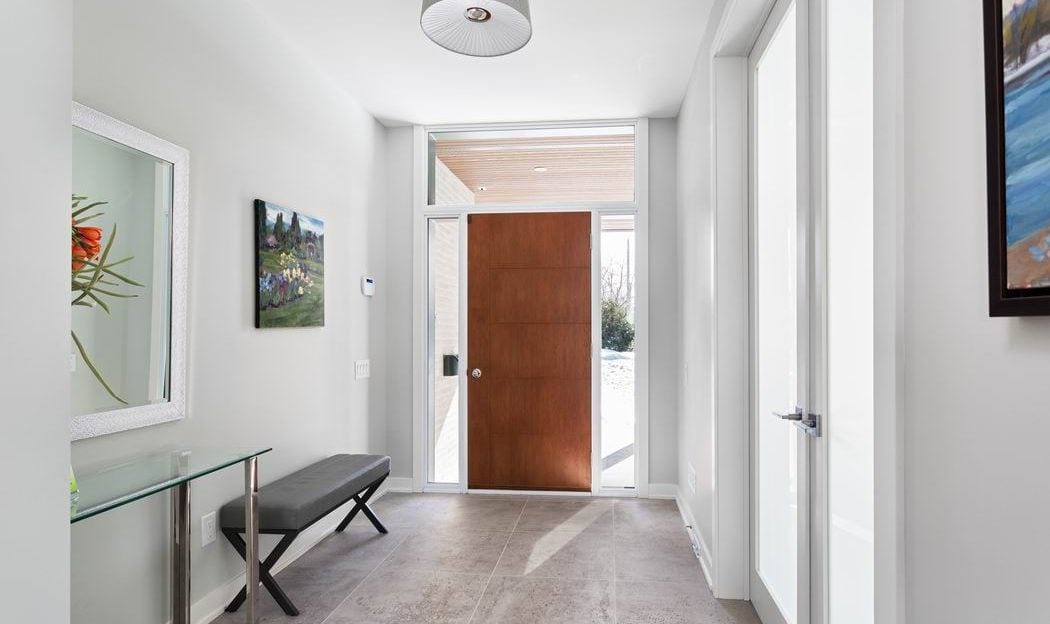 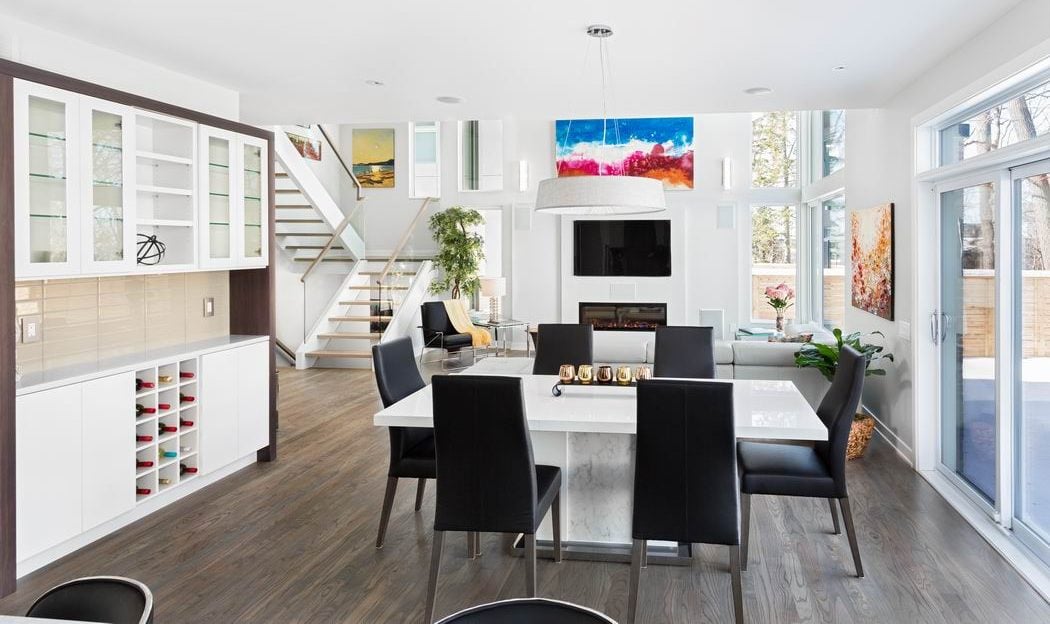 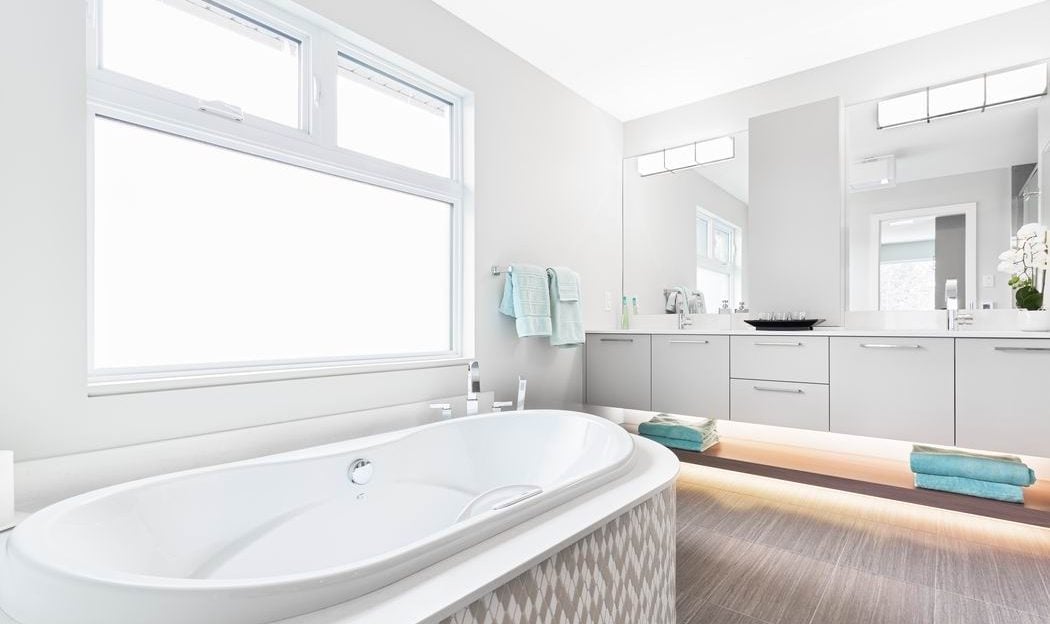 Two-storey windows are triple-paned for greater energy efficiency.
In the kitchen, two-tone cabinets add a distinctive element without overpowering the space.
An appliance cabinet keeps things close while being tidy and open shelving allows for display space.
Despite a wall of windows, this home is comfortable and energy efficient.
A generous and bright foyer creates a welcoming entry.
The open-concept floor plan is perfect for entertaining.
A curved and tiled skirt adds an elegant touch in the master ensuite, as does the motion-sensor under-cabinet lighting.

It’s appropriate that RND’s stylish sustainability is part of its motto, because the company’s latest model shows exactly how to make green look good.

The last of a quartet of custom-like homes built in Riverside Park South, the model is a temporary base for RND Construction: the home has been sold and the new owner will be taking over by the end of the month. But it also provides a great example of RND’s stylish sustainability and what to expect at RND’s next project, an infill community of 10 semi-detached and single-family homes backing onto the Experimental Farm and called Farmside Green.

RND president Roy Nandram chose to include “green” in the development name because, really, that’s what he’s all about. He’s been a leader in sustainable building since launching RND in 1990, including heading the green building and innovation committee of Ottawa’s housing association and winning a slew of green awards.

While the homes at Farmside Green won’t be the same floor plan as the Meadow, they will give a sense of what to expect.

“We’re trying to show people the quality of the work,” Nandram says during a recent tour.

The Meadow is a 2,814-square-foot two-storey with four bedrooms. The open-concept main floor features a contemporary design with cathedral ceiling, floor-to-ceiling windows, ash floors from trees that had to be taken down due to the emerald ash borer infestation in Ottawa and stylish yet affordable fixtures.

“People love this house,” Nandram says of those who come to visit. “They want to know if they can buy it.”

While this one’s not available, they can buy one at Farmside Green. The main difference between the two is in the architect designing them. The Meadow model was designed by RND’s long-time building collaborator, architect Christopher Simmonds. At Farmside Green, another industry veteran is taking the design lead: Barry Hobin of Hobin Architecture.

“Barry captured the heritage nature of the neighbourhood with the proportion of the homes,” says Nandram. That means floor plans are smaller than the Meadow model, ranging from 1,807 to 2,454 square feet. And while still contemporary homes, the facades have a softer look.

The Meadow will be open weekends from noon to 4 p.m. until March 25. The home is at 789 Fielding Dr.