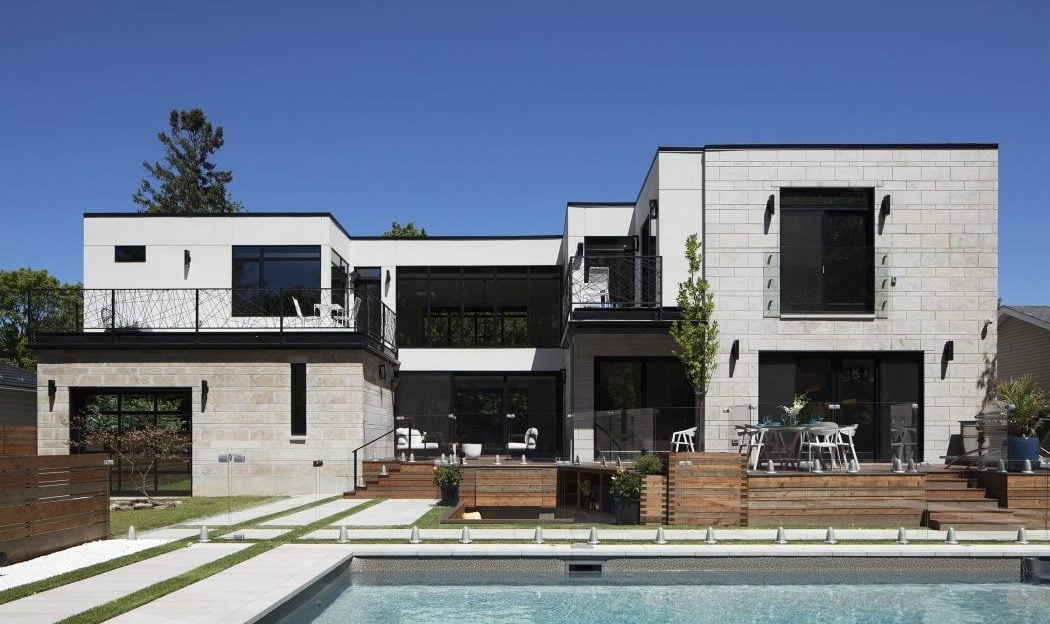 The People’s Choice Award is decided by members of the public, who vote in preliminary and final rounds for their favourite custom and production homes, renovations, kitchens, bathrooms and housing details. Over the course of several weeks, almost 5,000 people voted, whittling down a list of 184 entries in 53 categories to 14 finalists and, ultimately, the top competitor.

This year’s winner is a relative newcomer to the local housing industry that’s making folks sit up and take notice. Launched five years ago by owner Shneur Bielak, Neoteric builds luxury custom homes and had a record-setting four projects competing for the People’s Choice Award. Three of the company’s projects were from the same home — Bielak’s own residence, as it turns out — and the exterior living space entry walked off with the trophy.

Nicknamed The Getaway, the space is exactly that: A luxurious retreat no further away than the backyard. “We wanted to feel on vacation at home,” says Bielak, an enthusiastic fellow whose poise under the spotlight doubtless stood him in good stead during his previous career as a cantor. 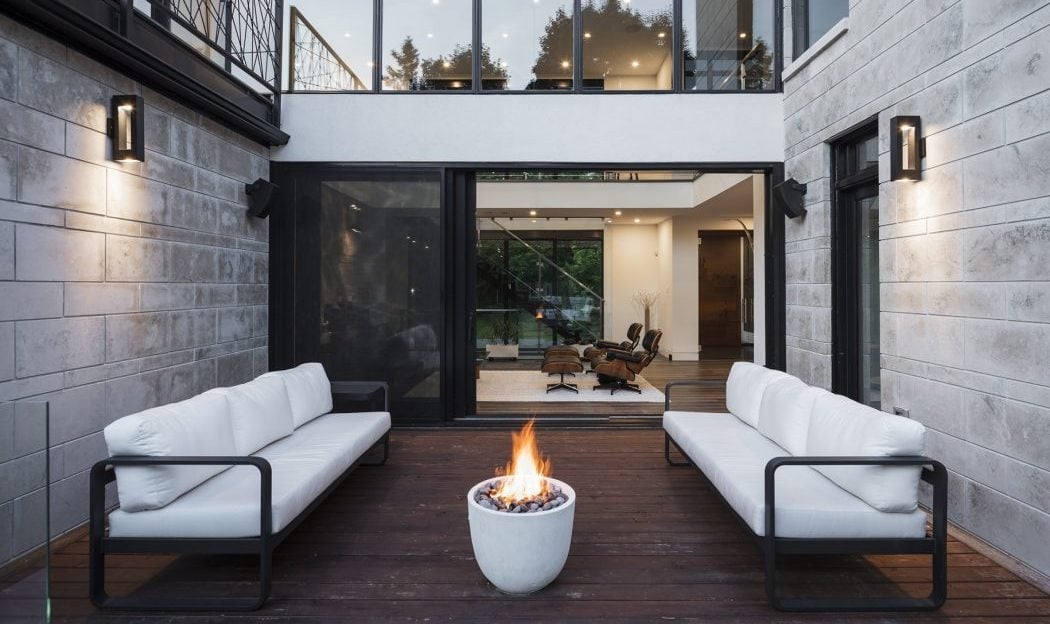 The lounge area with its custom concrete fire pot is a transition between interior and exterior.

“The idea behind the backyard is to have different areas for people to congregate,” he says. “There’s an eating area, a lounge area (the fire bowl between the two chairs is custom concrete), a hot tub area with seating and a view of the outdoor theatre. We have surround sound in every zone.”

The modern-themed lap pool sports a swim-up lounge area, stream jets that put on a water show, and a frameless, LED-lit glass wall for safety while keeping the pool visually connected to the home. A similar glass wall encases the wood deck with its open-to-the-stars dining area.

Bielak says the pool’s modern design was inspired by what he and his family have seen during their extensive travels. “The rest of the space was inspired by growing up with a cottage and being one with nature.”

The spider web feature of the second-storey terrace enclosures also echo nature, albeit with a modern interpretation. The terraces, one off the master suite, the other off the gym, offer additional outdoor gathering spaces.

There are other zones, including a space where his six-year-old daughter — “She’s my little jewel,” says Bielak — can play or garden.

The theme of multiple backyard zones that flow into and complement each other accords with the massing of the home, which consists of distinct blocks, some thrusting and some retreating, but all integrated into a pleasing whole.

The close relationship between home and backyard, heightened by the large windows looking out on the exterior living space, was part of Bielak’s original vision. “For me, the feeling is indoor and outdoor spaces without a feeling of transition.” 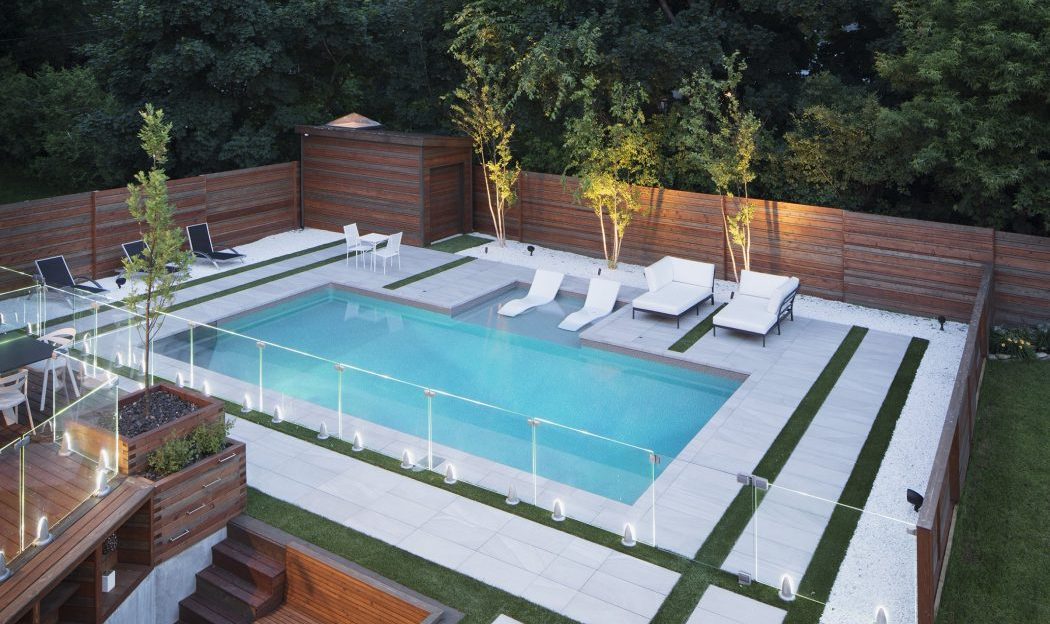 In creating the backyard, he also wanted “to go slowly” from nature, including the row of trees at the rear of the property, toward the home’s clean, modern design. The cedar fence, running from the trees toward the home, supports that visual movement: Built of different sized boards stained in three shades but with an overall regularity, it suggests both the unpredictability of nature and the deliberate design of the home.

Such homes, where careful forethought and execution have been lavished on every element, don’t come cheaply. Bielak, who is 38 and grew up in Toronto where pricey homes are the norm, was warned that Ottawa is cost-conscious. But the builder, who learned about construction from his family’s DIY philosophy, says he’s built six homes in the $2 million range in Ottawa this year. One of his current projects will feature an indoor waterfall over a glass elevator.

“It took a little bit of pumping for people to appreciate that I wasn’t going to water down the niche market I was looking to build (in),” he says. “I’m passionate about details; I really love building outside the box.”

He says the homes he builds are an opportunity to show people ideas they may not have considered as options.

This year is the first time Neoteric has competed in the local design awards. Bielak views winning the People’s Choice Award as another confirmation that he’s on the right track with his luxury building philosophy.

“It’s an acknowledgement that people respect what we’re doing. We’re going to keep pushing the envelope.”

Who won at the 2018 Housing Design Awards