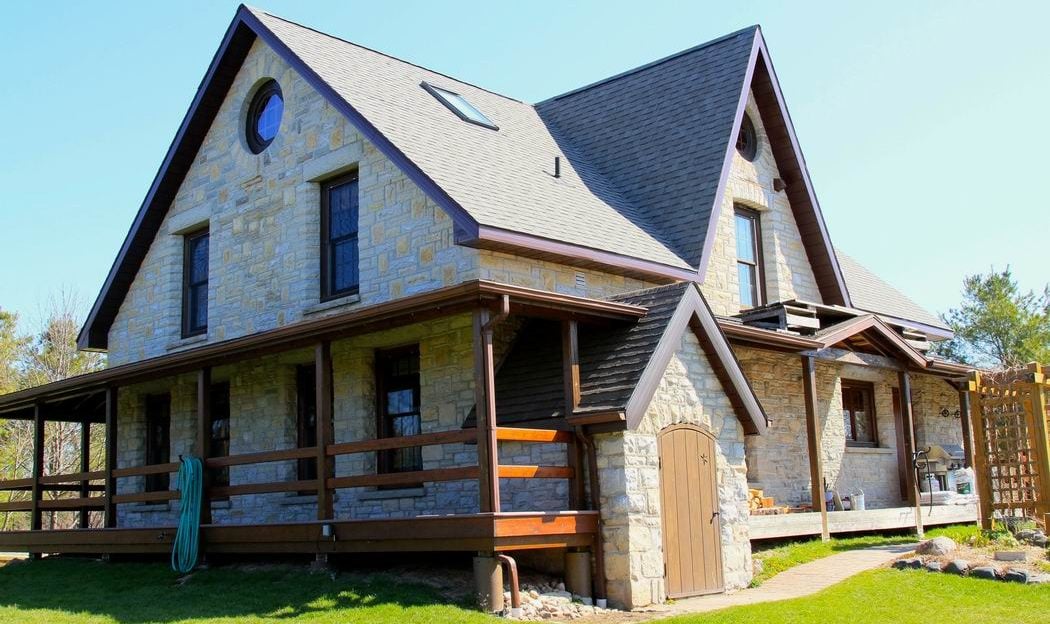 There’s more than one motivation for building a house and homesteading, and mine goes back to the summer of 1974. I was 11, and my grandfather took me to see the movie The Life and Times of Grizzly Adams. When it was over, the seed had been planted for a homebuilding and lifestyle adventure that I’m still living today.

The movie tells the story of a 19th-century man making his way in the wilderness with his own hands and wits, and the idea grabbed me. By my late teens, I was eager to move away from the sprawling suburban neighbourhood where I grew up, hungry for a piece of land large enough to let me dream big, get my hands dirty, and forge a sustainable and beautiful partnership with the natural world.

Now, some 30 years after setting out, let me give you a quick tour of where that dream led me.

I was 22 when I bought our 91.5-acre parcel of farmland and forest on Manitoulin — an island nestled along the north shore of Lake Huron, in Ontario’s cottage country. It would then be five years before my wife, Mary, and I settled into the stone-and-timber home we designed and built with our own hands.

We have shared this place with our five kids, earning our modern homestead living without leaving the property. It’s not exactly Grizzly Adams, but close enough. 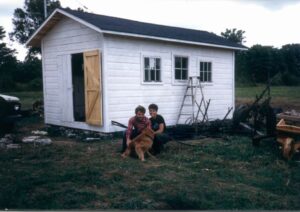 One of our founding principles has always been to avoid debt, and I still consider this essential advice for anyone beginning a sustainable backwoods homesteading adventure. This is especially true when it comes to buying land and building a home.

The Victorian design we created has 3,000 square feet of living space on three floors, and though it’s not an old house, even professional builders ask us about how we “restored” the place. That makes me feel good since the best old houses always impress me. 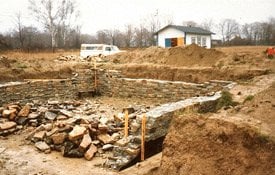 One reason for the old look is the traditional stonework of the above-ground walls and the stone basement underneath. I’m a stickler for authenticity, so I figure a real stone basement is the only honest choice under a home of stone.

If I’d known it would take 2,500 hours to build the 34-foot by 44-foot limestone foundation with its 24-inch-thick basement walls, I probably wouldn’t have had the courage to start. But sometimes optimistic ignorance is a great thing, especially when you’re young. 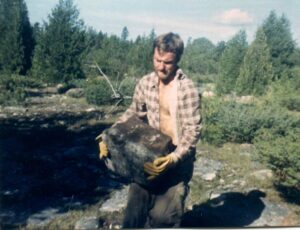 We quarried 350 tons of natural limestone blocks using pry bars and sledge hammers, then shaped the stone with pitching hammers in the old-fashioned way to build the foundation. These walls sit on smooth bedrock seven feet below soil level.

Total cost for the basement was less than $1,000 for cement and sand. The basement floor is the smooth limestone bedrock itself, still showing scratch marks from the movement of the last glacier.

Less than $1,000 for the basement. Photo: Steve Maxwell

It took me five years of trial and error to master the art of quarrying, cutting and shaping limestone in traditional ways, and one reason it took so long is that there’s almost no one around to teach these old skills.

Cutting and shaping are the essence of the craft and I had to figure out how to do it by studying the way old stone buildings were made. The tools are hard to come by these days, with just a handful of remaining suppliers world-wide. I like the results of stonework enough that I’ll always have a project on the go. 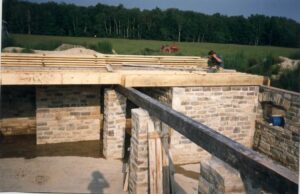 Until the mid-1990s, I quarried and shaped all building stone by hand from rocky outcroppings using a 14-lb. sledge hammer and smaller spalling hammers.

Besides being a lot of work, it was challenging to create blocks of the precise length and height necessary for the kind of work I find pleasing. That’s why I began using a gas-powered masonry saw for initial cuts. I wouldn’t tackle stonework without one now, though hand tools are still essential.

Wood is a big part of our house, including visible timber posts and beams inside. Since Mary and I were working alone, we couldn’t build and lift a traditional timber frame ourselves, so I settled on a hybrid approach. 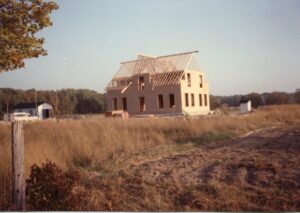 Stud frames make up the exterior walls, with exposed white pine timbers where they’re seen. Manitoulin Island still has a few small sawmills around, which is where we got the 6x8s, 8x8s and 8x12s we needed for the work.

I made the trim, cabinets, furniture and most flooring from locally sourced wood, in part because I’m cheap and in part because I love real woodwork. It’s hardly ever seen in new homes these days, so I want to do my part to keep the legacy of traditional cabinetmaking and millwork alive. 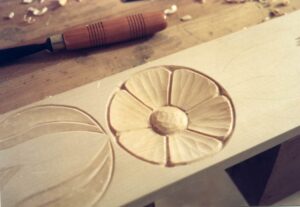 Looking back on our life and home, we’re far less primitive than Grizzly Adams, but that’s OK. There’s still something of the old story in what we’ve done.

More than anything, we’re thankful that the crazy dream that settled into the heart of an 11-year-old kid in a movie theatre somehow managed to become real.

There are many styles of stonework in the world, and each is the product of different techniques. 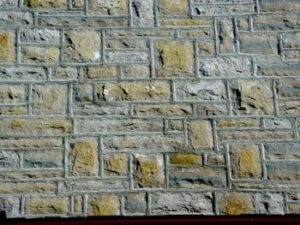 The pattern I love most is called broken ashlar. That’s what you see here, and I like it best because it combines refined, square-edged blocks in a rhythmic pattern, along with surface textures that create a varied and interesting appearance.

Notice how tall, square stones are separated by shorter, thinner ones. There’s a rhythm to the pattern that’s also open to variation. That’s why I consider broken ashlar to be the jazz of stonework patterns.