In praise of pro-grade tools for non-pros 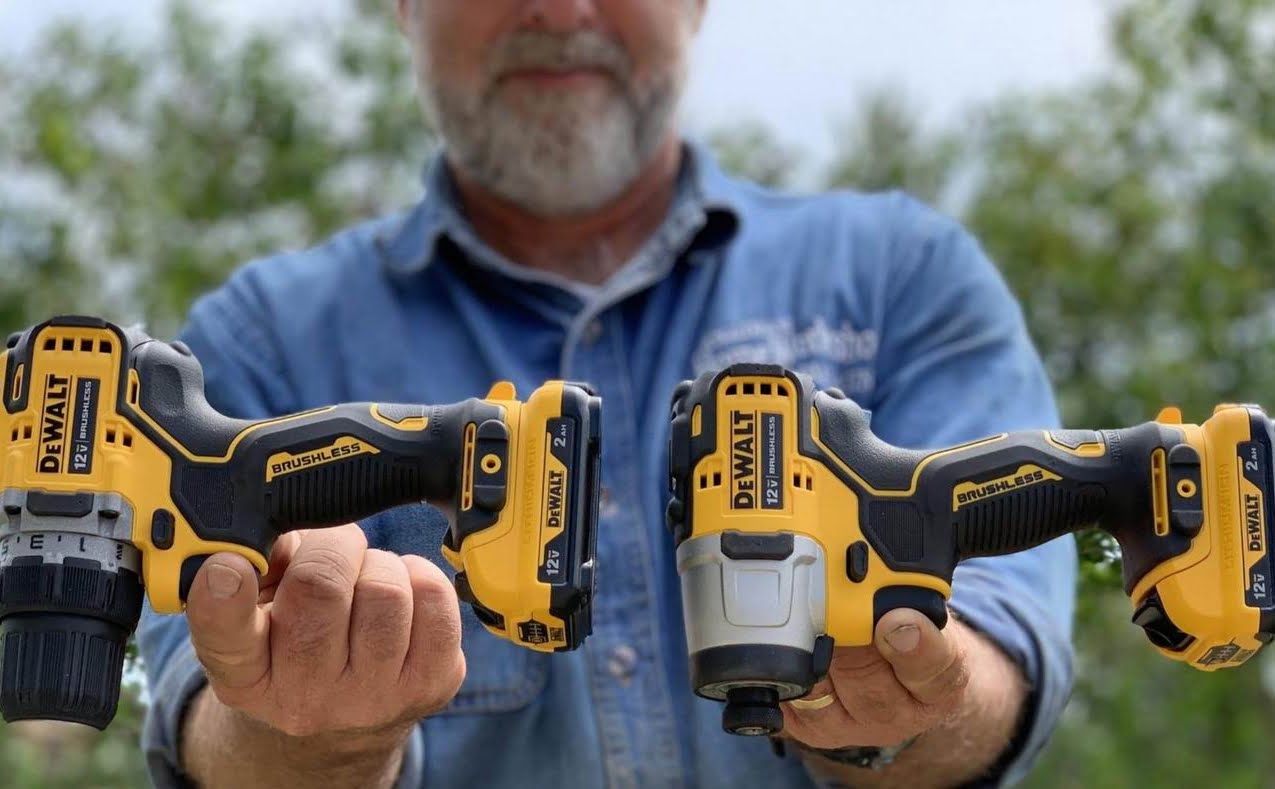 Balance is one feature that pro tools have over some cheap econo models. This drill and impact driver balance right on the trigger — exactly where you want the balance to be.

Pro-grade tools are worth the investment. When I was 10 years old, my dad began renovating our kitchen. And that event has affected me to this day.

Dad was cutting some ¾-inch plywood with a shiny silver bargain-basement circular saw he bought through a mail-order flyer that came to the door.

There are two things I remember about that. First, even though the saw was quite new, it filled the house with the toxic smell of burning wires as the motor died. And second, failing to cut that plywood accurately was one of the only times I saw my mild-mannered dad get angry.

The frustration of having critical work halted, coupled with the regret of buying a cheap saw that turned out to be quite expensive on a per-cut basis made for a less-than-ideal day for Dad, and it also helped form my attitude towards tools ever since. 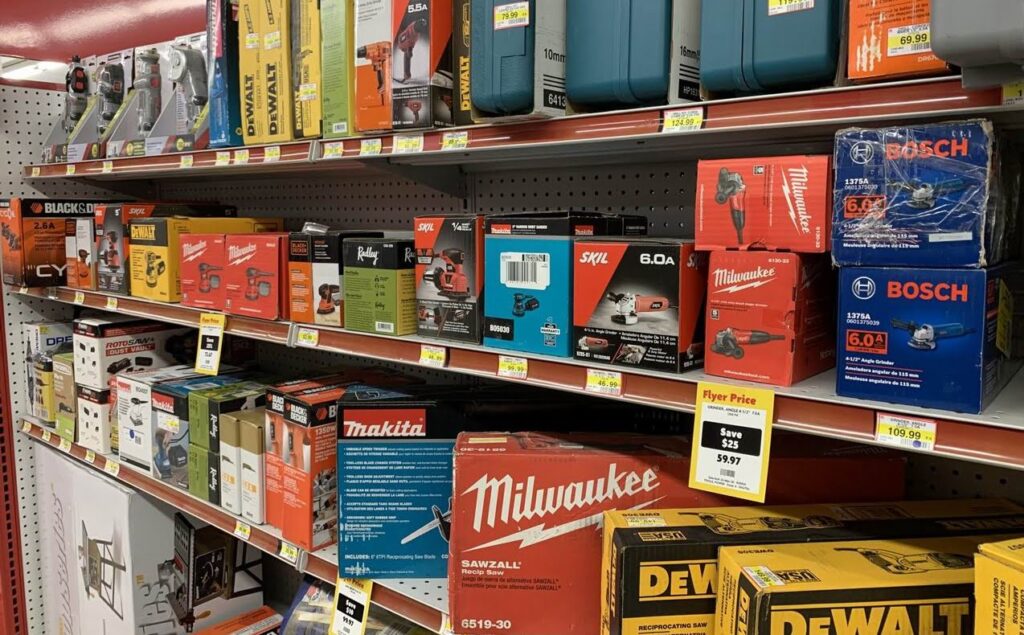 Store shelves are typically stocked with a mix of cheap, poor-quality power tools right next to high-end, pro-grade models. Knowing where to vote with your dollars is an important part of being technically competent.

I like bargains as much as the next person. But when it comes to power tools, bargains can definitely be taken too far.

That’s the root of the problem my dad experienced. And it’s even more likely to happen today.

Downward price pressures have been active in the tool world for decades. And this is a good thing for tool users. Some power tools today are much better and much cheaper than they used to be precisely because of this pressure.

But a conversation I had a few years ago illustrates how this can go wrong by going too far. At a woodworking show, a tool executive I know explained how it works selling tools through big box stores.

In many cases, he explained, these retail behemoths simply dictate a final retail selling price they’re willing to pay for, say, a cordless drill. Manufacturers take this number, then reverse engineer a tool backwards to be that cheap. Isn’t it easy to see how quality takes a back seat in this scenario?

All of this takes me to a bit of simple advice that will pay off for you. If you think you need a power tool, then buy better than a bottom-of-the-barrel model, especially if you’re anything more than an occasional weekend home improvement warrior.

Your DIY life will be much improved over the long haul with pro-grade tools for at least some of your needs. Believe it or not, the first reason for this is economy.

Professional tools typically deliver the lowest cost of operation over their working lives, particularly when they’re owned by a careful DIYer. Pro-grade tools are also often made to be rebuilt, which can extend their working life even more. So, there is yet another reason to invest more up front. 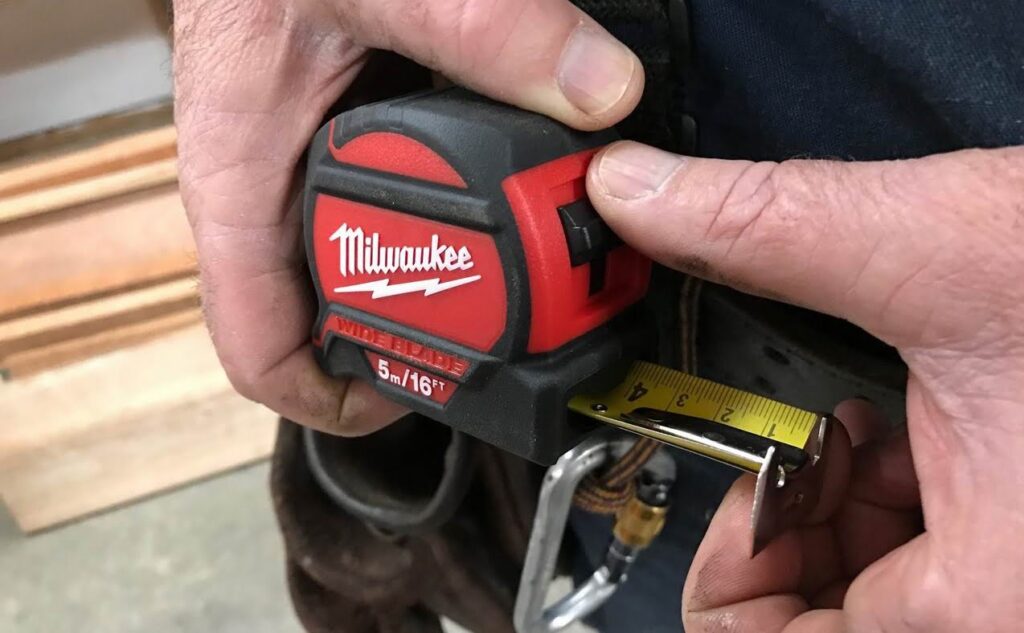 This pro-grade tape measure is a prime example of how paying a few dollars more up front yields much better value over the long haul.

All else being equal, high-quality power tools deliver better results and deliver them more quickly than cheap alternatives. And the crazy thing is, today’s professional tools cost about the same amount as bargain tools did years ago when adjusted for inflation.

I bought my first table saw in the early 1980s and it was a very basic, very weak, very small model. It cost more in today’s money than a high-end professional-grade portable table saw does today. The great bargains of the best tools are hidden by the fact that there are so many cheap models out there to compare to.

The bottom line is simple. If you’re interested in developing your capabilities as a handy homeowner or woodworker, take the long view and invest accordingly. I’ve never regretted paying good money for a great tool, though sometimes I have wished I’d bought better after purchasing a low-price economy model. Build a foundation of quality and you won’t regret it.

Check out this video of an extreme torture test I did on a pro-grade tape measure. I didn’t think this tool would be able to stand what I threw at it.