ADVERTISEMENT
»Home Improvement»Articles»Killing mould: Reliable advice to safely get rid of it

Killing mould: Reliable advice to safely get rid of it 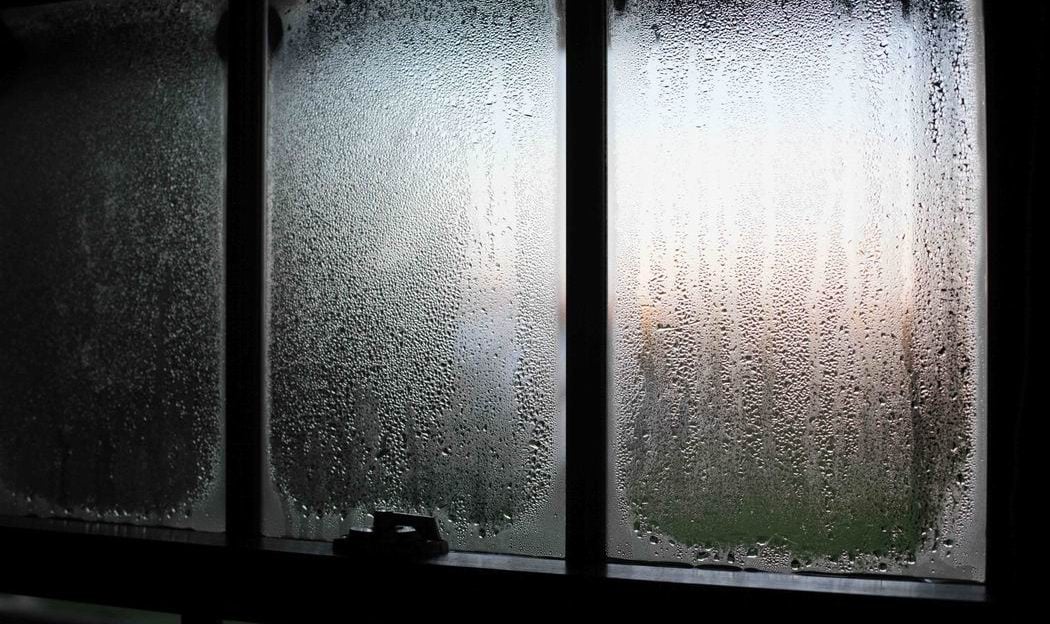 A common spot for mould growth is around windows that form condensation as cold temperatures settle in.

Killing mould is not always a DIY task, but there are times when it can be.

Household mould isn’t always dangerous, but how can you tell? That’s why it’s wise to treat all mould with caution, particularly as the return of cold weather means conditions that lead to mould growth will increase. The trick is understanding the steps behind the effective and safe ways of killing mould on your own.

Step 1: Size up the situation 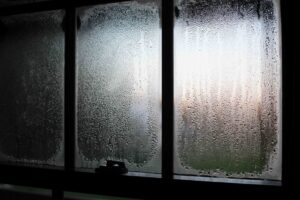 You may be tearing out an old basement, working in an attic or find you have mould growing around windows that form condensation as cold temperatures settle in. Homeowners discover mould all the time in ways like this.

The main issue is how big and bad your mould growth is. With the proper know-how, precautions and the treatment strategies, you can tackle any situation up to the size of a few sheets of plywood. If the mouldy area is bigger, or if it seems to be associated with some kind of sewage leak, consider calling in a mould abatement professional. 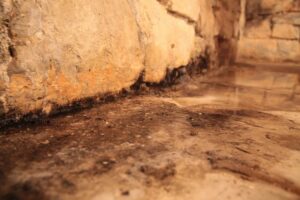 Mould never appears without moisture so you need to start your work by finding and drying up the water that’s causing the problem.

Liquid water is easy to spot, but most hidden household mould is probably due to condensation or some other form of water vapour. You’ll almost always find mould in the fibre insulation stuffed into the rim joists where basement ceilings meet outside walls in cold climates, for instance.

Basements and crawl space walls and floors are also a common breeding ground for mould, but don’t make the mistake of thinking this is always because of a lack of ventilation. Fresh air is usually great and necessary, but not when it’s warm and humid outside.

The leading cause of mould and musty basements and crawl spaces is ventilation during hot summer months. When warm, moist, humid outdoor air makes its way into a cool basement, water condenses out, kickstarting the mould growth process.

There are other sources of mould-inducing moisture, but you get the picture. 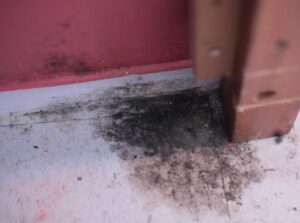 Not all mouldy surfaces should be treated. Sometimes tearing out mouldy materials and replacing is better.

Mouldy drywall, fibre ceiling tiles, carpets, wood paneling and other non-structural materials are best removed rather than decontaminated. Just don’t be careless about the work. Since it’s not always easy to tell whether the mould is harmful, you should always wear a HEPA-rated respirator.

Depending on the time of year, different drying strategies are needed. In winter, adding heat makes a huge difference. The warmer the air is, the lower its relative humidity. And air with a low humidity is hungry to dry up wet areas quicker.

Just don’t use any kind of propane heater for the work. Besides the obvious dangers of carbon monoxide, burning propane gives off tons of moisture that will make the air wetter than it was when cool, not drier.

And while it doesn’t sound like much, air circulation with simple household fans really boosts drying action. Just be patient about it. Don’t rush ahead and work with a damp situation simply because it suits your schedule.

Step 5: Get rid of the organisms

Bleach is the first thing most people reach for when it comes time to nuke mould, but this is a mistake.

First, bleach is only minimally effective at killing mould, especially mould on porous surfaces, because it can’t penetrate deeply enough into wood or concrete to kill the hidden roots of the mould that are growing below the surface. Bleach-killed mould comes back easily.

Bleach also makes surfaces lighter in colour. This isn’t always a problem, but why risk making matters worse with spatters of light colour where they’re not supposed to be?

And finally, bleach stinks and is bothersome to some homeowners, especially when it’s used over a large area.

A registered fungicide is what you want to use for mould. Registered fungicides are government-assessed for how well they work. The best are odourless liquid products that kill mould and mould spores by mechanical action, physically crushing all parts of the mould organism as it dries. This explains how something that’s non-toxic can still kill a tiny organism like active mould and mould spores without hurting people.

I’ve used these products before and they’re as pleasant as water, which is one reason they’ve become so popular with mould-abatement professionals. The best are even thin enough to run through an electric fogger for treating really large areas, if you opt to do that.

Step 6: Stop it from coming back

This is trickier than it seems, and you’ll want to look at using some kind of fungistat, which will inhibit mould regrowth. Some of the best mould control products are also proven fungistats.

That said, no fungistat is magic. If areas of potential mould get moist again and stay wet, mould will grow back eventually, no matter what you do.

That’s why you’ve got to look at boosting the right kind of ventilation, while also eliminating places where winter condensation can occur. Most of this is very simple — ridge vents on roofs, keeping soffit areas open and free from insulation, dealing with basement leaks — but other mould problems aren’t so simple.

The biggest single cause of mould in homes in cold-weather climates is insufficient winter ventilation. This accounts for everything from the mould growing along the bottom of windows to mouldy exterior wall corners and even internal mould growth within walls.

A heat recovery ventilator (HRV) is one of the most powerful anti-mould items you can install in your home. Unfortunately, building codes usually under-emphasize the need for mechanical ventilation, but having one is an excellent option. This is especially true if the renovations you’re doing will tighten the house with new windows and air-sealing strategies.

Are HRVs new to you? Here’s a video on how they work and why they’re such a good idea: 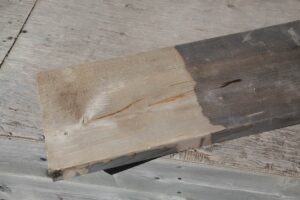 This isn’t always as easy as it looks. Mould stains can be almost impossible to get off with a scrub brush, and while bleach, hydrogen peroxide or oxalic acid all work to remove stains, they also lighten the colour of surrounding surfaces.

The best option I’ve found so far for removing mould stains is the relatively new family of oxygen-based products made by different companies. The best take the form of a white powder that you mix with warm water and let sit for 10 minutes before sloshing onto the surface.

Occasionally you might need to do a bit of scrubbing after the solution goes on, but most times it simply removes staining all by itself, without lightening surrounding areas. I’ve even had excellent results using these products to remove grey weathering from exterior wood, without getting rid of the underlying woodgrain.

Learning to control mould effectively doesn’t take a long time, but the health value is high. Kill mould where you find it, boost ventilation, then see how easy it is to prevent mould from ever coming back.

Sign up for our handy home maintenance reminder service

More from
All Things Home®
Home improvement experts Check out our business directory
Planning a reno? Get tips & advice on doing it
Maintenance checklist Stay on top of your monthly to-dos