Loud bangs in cold weather: Understanding why houses go bump in the night 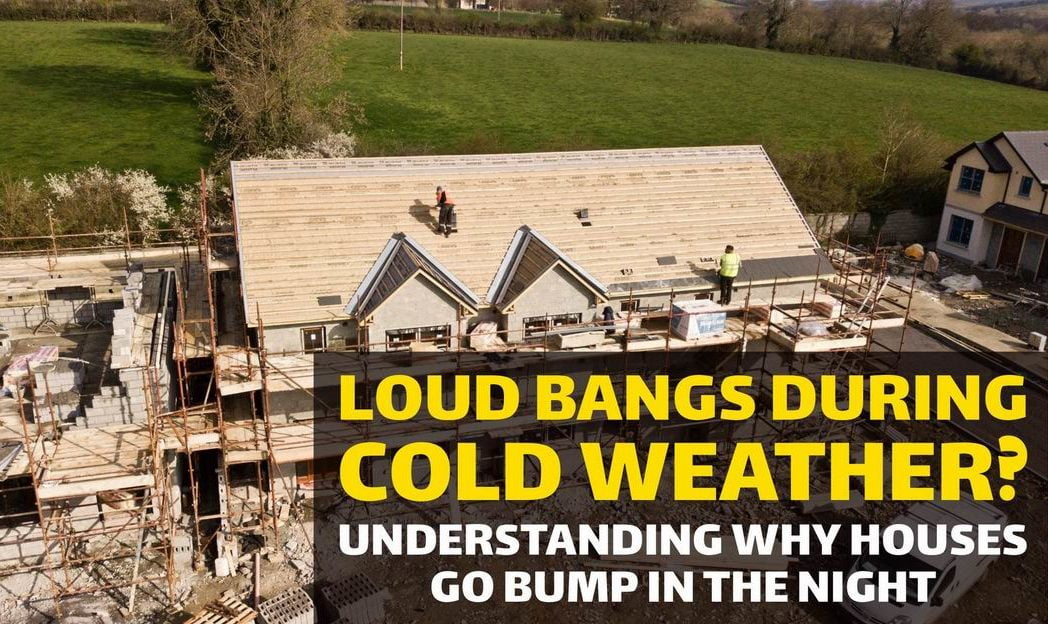 Neither the booms nor the gaps are signs of serious structural trouble, despite what they look like.

Does your house make loud bangs in cold weather? Do unexplained seasonal gaps appear along the tops of interior walls, especially near the centre of your home?

Thousands of houses exhibit worrying symptoms like these, and the cause has to do with the way modern roofs are usually built. But you can relax; neither the booms nor the gaps are signs of serious structural trouble, despite what they look like. 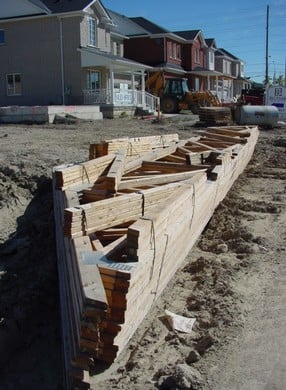 This pile of roof trusses are on a construction site waiting for installation.

Since the end of the Second World War, roofs on most new homes have been framed using factory-built wooden assemblies called trusses. These are typically triangular frameworks made of relatively narrow pieces of wood (2x4s are typical), connected into an arrangement that’s both strong and lightweight.

Trusses have taken over from traditional approaches to roof framing that use rafters because they go up faster and they use smaller, less expensive pieces of lumber. Putting up trusses doesn’t demand nearly as much skill as working with rafters, either.

And while all this is good, there’s a problem. Unless you understand the physics behind trusses, you can mistakenly assume that something is wrong with your roof when it goes bang — usually on a frigid winter night — even though it’s fine. It all has to do with different rates of expansion and contraction in connected parts of every truss.

Most trusses are triangular in shape, with two sloped sides connected together at the bottom by a horizontal span of wood. This bottom section of the truss triangle stays more or less constant in temperature and humidity year round because it’s buried within the insulation in your attic.

But with the other two sides of a truss — the angled ones that form the slope of your roof — the situation is entirely different. These parts are subject to very wide swings in temperature and humidity because the attic space that surrounds them is ventilated and open to outdoor air.

In summer, as attic temperatures rise, the top two sides of the truss get hot and dry. In winter, they cool off and absorb moisture, all while the bottom side remains about the same. And of these two seasonal trends, it’s the wintertime one that leads to the most homeowner distress in a process called truss uplift.

In some cases, truss uplift can cause the ceiling to rise as much as two inches above the tops of interior partition walls. The problem is most pronounced near the centre of a home, where the largest amount of truss-based ceiling deflection occurs.

As truss stresses build up in a roof frame, they can break free and release quickly, resonating like thunder through your house. It’s something like the way internal pressures within the Earth’s crust build up for years, then suddenly let go in the form of an earthquake.

There are two crucial things to understand. First, truss uplift isn’t a sign of structural weakness. But while the movement itself is an inevitable part of building a roof this way, the visual problems aren’t.

If interior walls and ceilings are built so they can move independently of each other, then your home will roll with the punches, avoiding the conditions that cause things to go boom as truss components struggle against each other.

This is an issue that needs to be addressed as new homes are going up. Ask your builder how it’s going to be dealt with.

Do you live in a house with gaps above walls that keep getting larger and smaller, driving you crazy in the process? Here’s a fix. 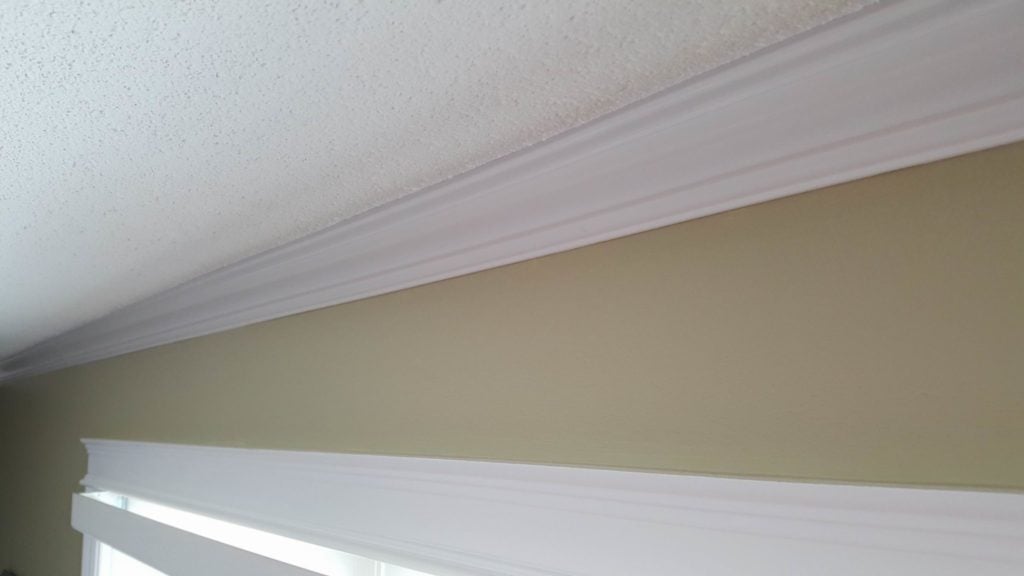 Consider having some type of crown moulding installed along the top of the offending walls, but only fasten it to the ceiling. Push it tight against the wall, but don’t drive any nails there.

This approach allows the ceiling to rise and fall (along with the crown moulding) without you having to see the resulting gaps as they grow and shrink. Just remember to paint the trim and wall when truss uplift is at its worst so that no bare gaps appear.

Understanding the physics behind truss uplift might not keep you from waking up the next time your house complains loudly about cold weather. But at least now you can fall back to sleep knowing that you don’t owe a mortgage worth of money on a house that’s about to collapse around you.