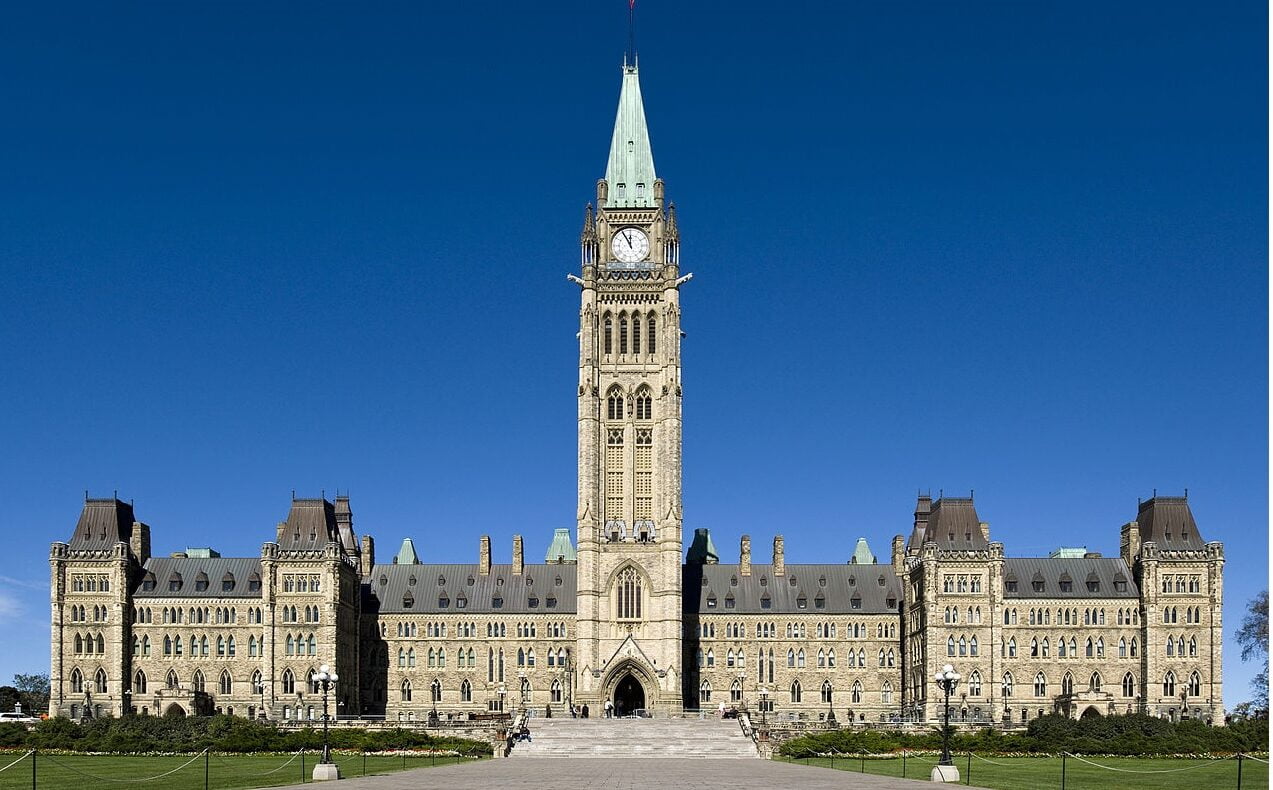 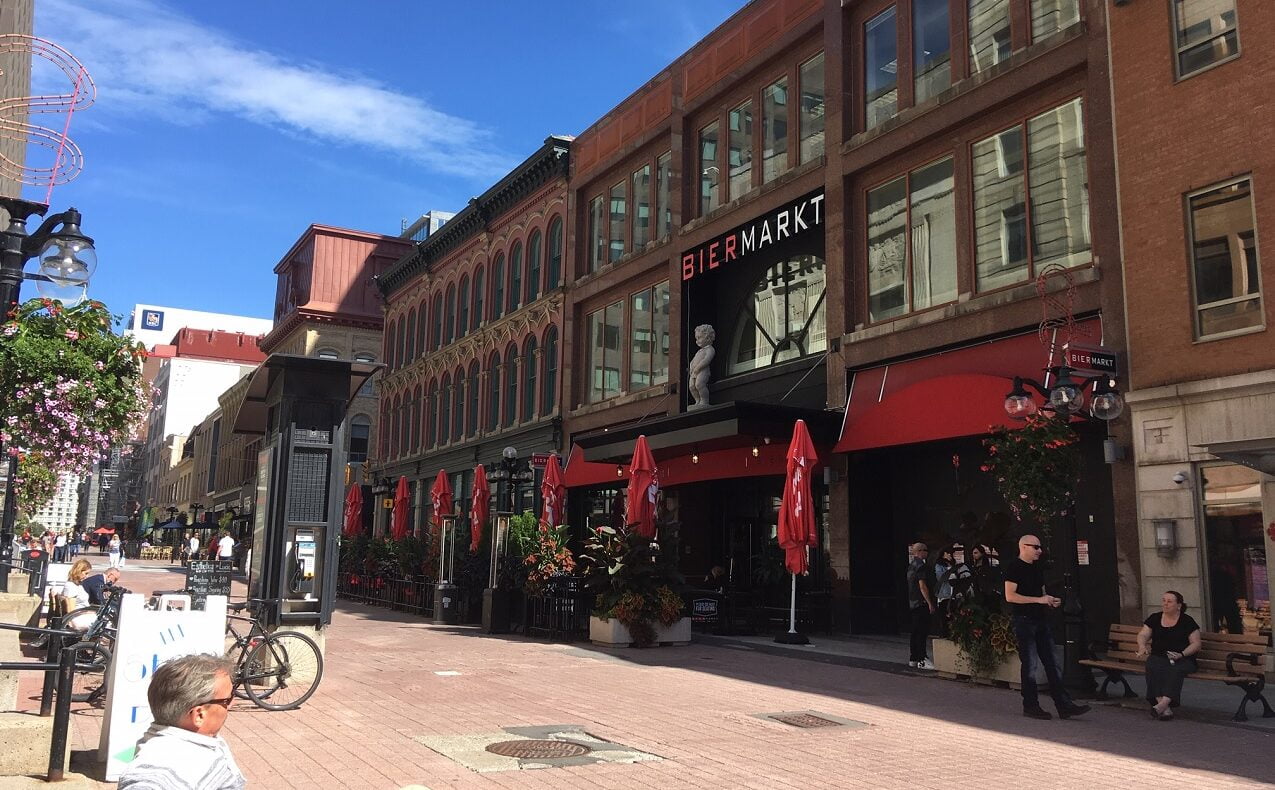 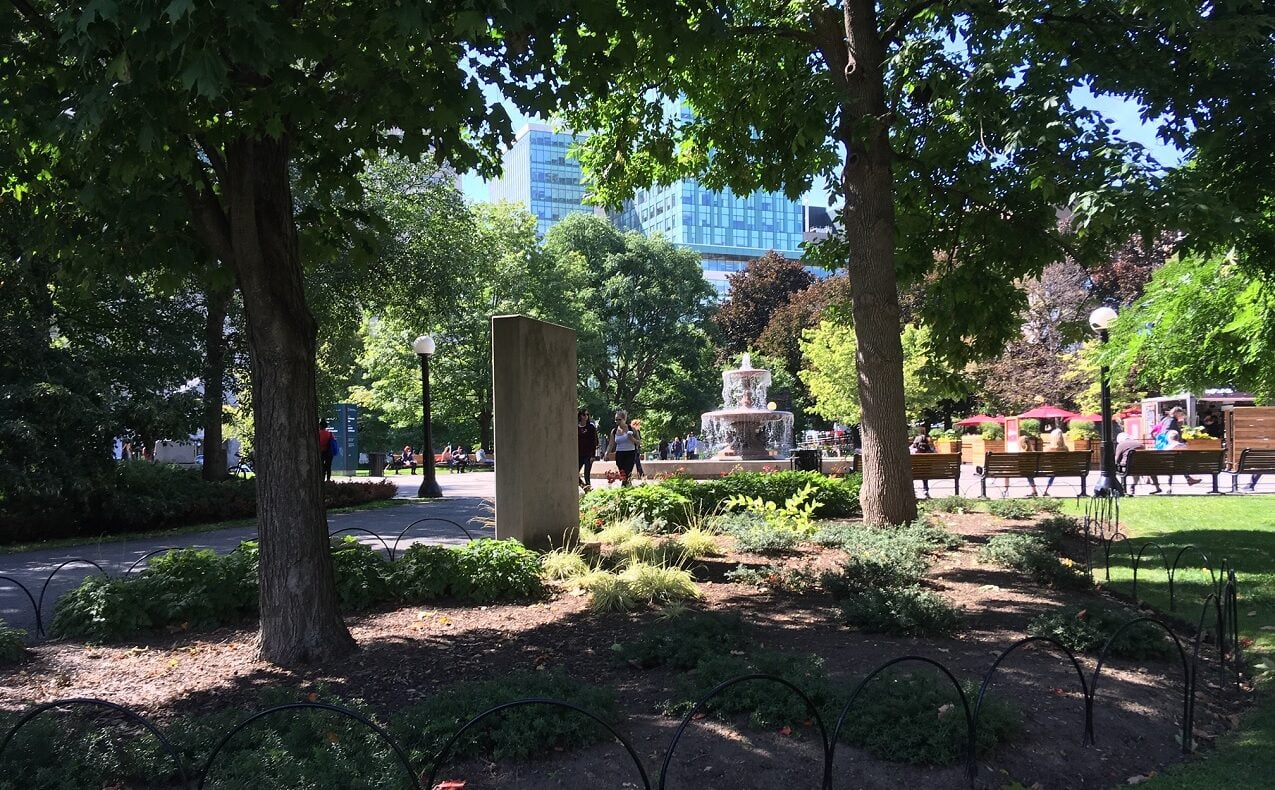 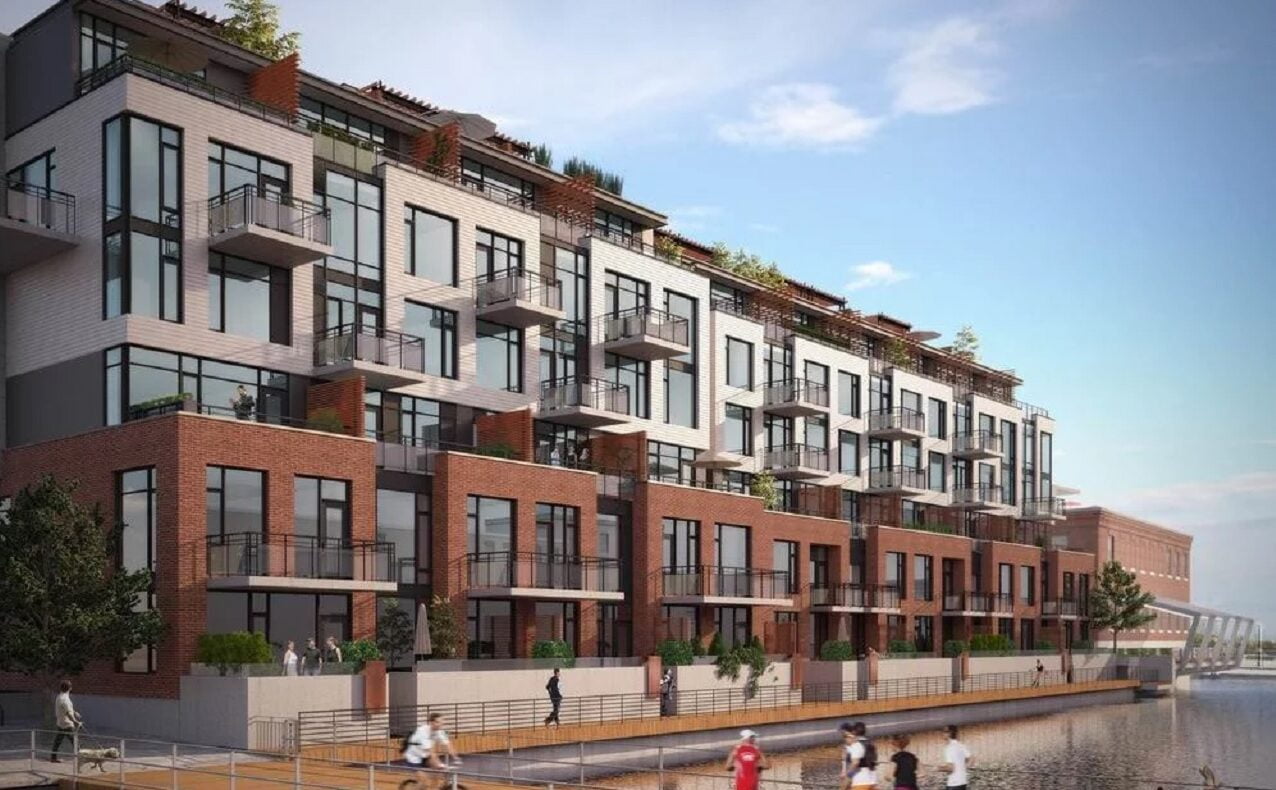 Centre Block on Parliament Hill is built in the Gothic Revival style.
Photo credit: AllThingsHomes.ca
The Sparks Street Mall runs several blocks as a pedestrian shopping area and thoroughfare.
Photo credit: AllThingsHomes.ca
Confederation Park in downtown Ottawa is a favourite spot for strolling and relaxing.
The Zibi project on the Ottawa River is a green community of homes and commercial properties. 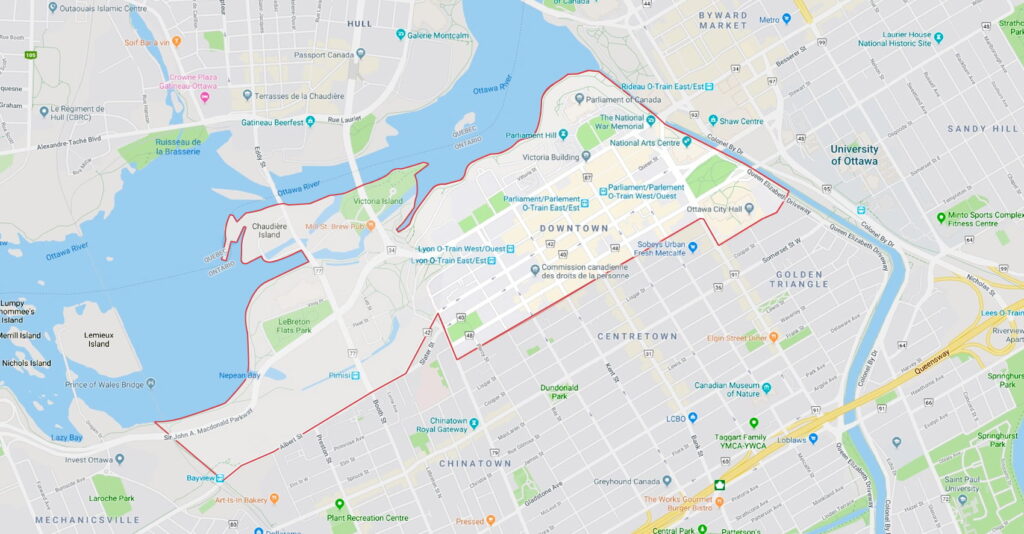 Ottawa’s first city hall opened on Elgin Street in 1849, but development of Upper Town was relatively slow until the Parliament Buildings opened in 1866. Other institutions followed, churches and hotels opened or expanded, and government offices sprang up beyond Parliament Hill. The area continued to grow as a commercial and entertainment hub, with attractions such as the now-vanished 2,530-seat Capitol Cinema, built at the corner of Queen and Bank streets in 1920, and the National Arts Centre, which opened in 1969. The downtown area is now seeing condo construction.

LeBreton Flats, north of Albert Street and west of Bronson, has a fraught history.  A mixed community in the 19th century, it was devastated by the Great Fire of 1900 and rebuilt as a vibrant working-class neighbourhood. The area was expropriated for redevelopment in the 1960s but then sat vacant for decades, until the Canadian War Museum was built in 2005 and some condos sprang up. A grand plan for redevelopment, including a new Ottawa Senators’ hockey arena, fell apart in 2019 amid lawsuits and insults. LeBreton Flats continues to host Bluesfest each July.

Zibi is a new, ultra-green 34-acre community being built on the former Domtar industrial site on the Ottawa River. The project has had its own controversies, principally over the use of lands that First Nations people consider sacred. Despite this opposition, the project is well underway and includes the refurbishing and repurposing of industrial buildings as well as construction of condos and townhomes.

Parliament Hill with its fine Gothic revival buildings is both the centre of Canada’s government and a gorgeous landmark with expanses of lawn in front and a commanding view of the Ottawa River behind. The original Centre Block was destroyed by fire in 1916 and its soaring replacement completed in 1927. Despite increased security over the past several years, Parliament Hill remains an accessible public space enjoyed by tourists and residents alike. It’s also the site of several important monuments, including the centrally located Centennial Flame, dedicated by then-Prime Minister Lester B. Pearson in 1967 to mark Canada’s centennial.

The Rideau Canal is another of downtown Ottawa’s claims to fame. Built under the supervision of Lieutenant-Colonel John By as a precaution in case of war with the United States, it opened in 1832. The 202-kilometre canal bisects the downtown area and is popular among Ottawa residents and visitors in both summer and winter, when it is open to skating.

Downtown Ottawa abounds with national attractions, shopping and more, including:

There are none in Ottawa’s downtown, but there are nearby schools:

There are many independent and chain shops and restaurants in downtown. They include:

Downtown brims with amenities for every taste and interest, including:

Downtown services range from salons, spas and gyms to dental and other medical offices, multiple banks, language schools, churches, and a car wash.

The Transitway runs along Albert and Slater streets, offering buses to just about every part of the city. The LRT (light rail transit) Confederation Line includes two downtown stations in the downtown (Parliament and Lyon).

The Queensway is two kilometres from downtown. Running beside the Rideau Canal, the scenic Queen Elizabeth Drive (“the Driveway”) and the recreational pathway beside it connect to Dow’s Lake and elsewhere. Bronson Avenue becomes the Airport Parkway south of Carleton University and goes to Ottawa International Airport.

Ottawa Neighbourhood Study (where downtown is considered part of Centretown)

Centretown Buzz (community newspaper) is available in the downtown area