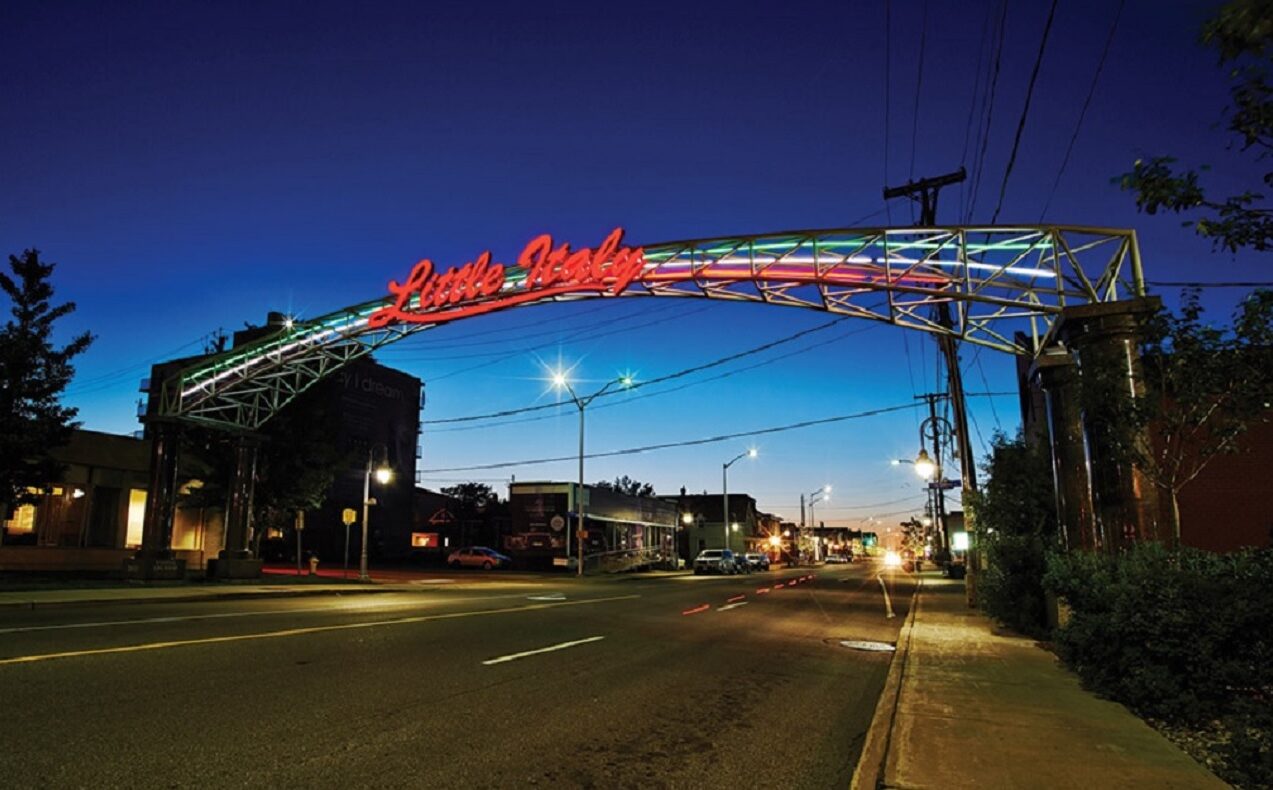 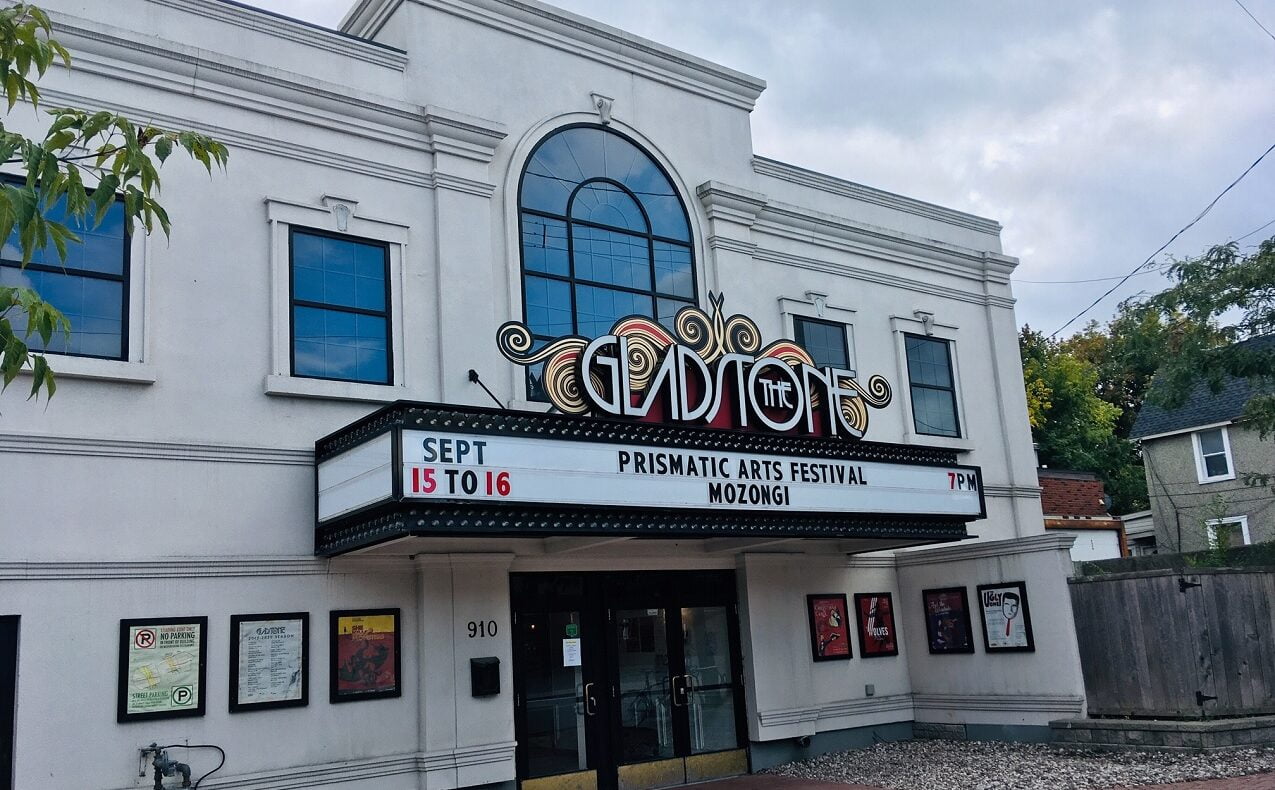 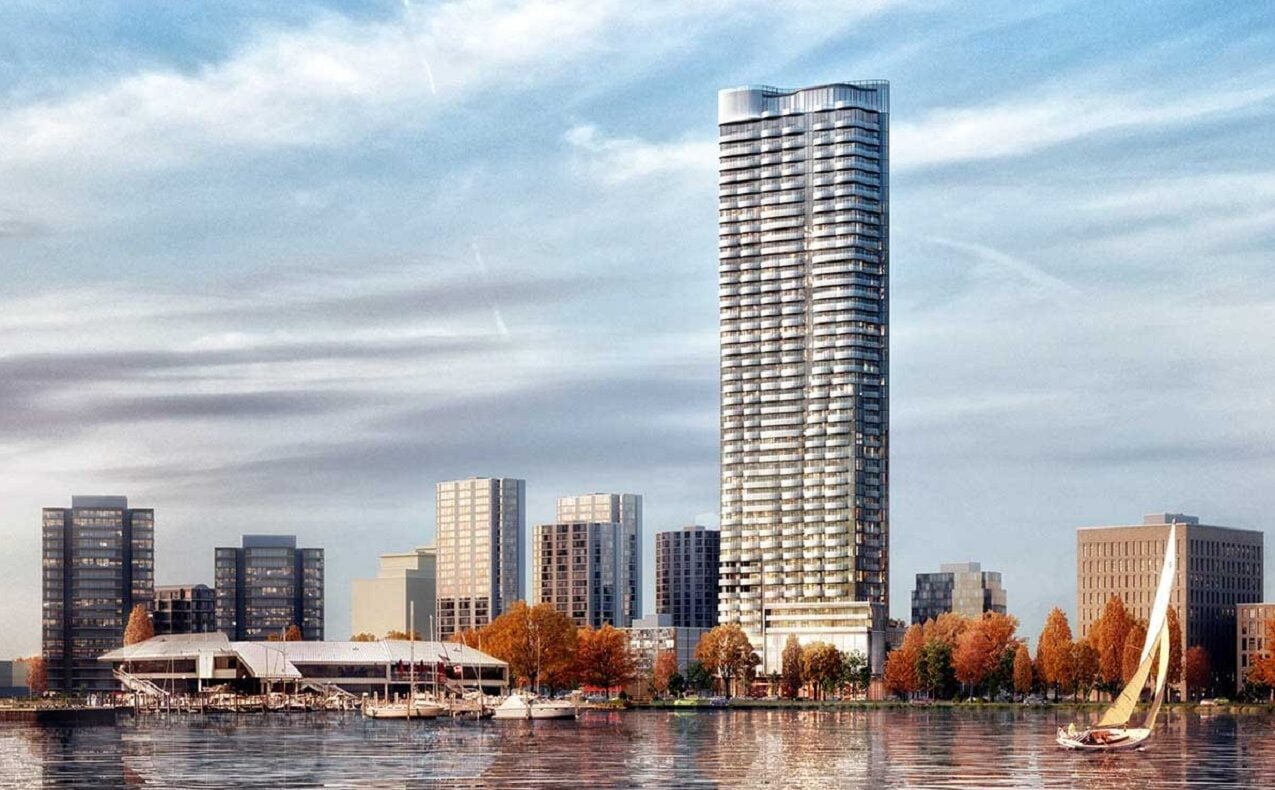 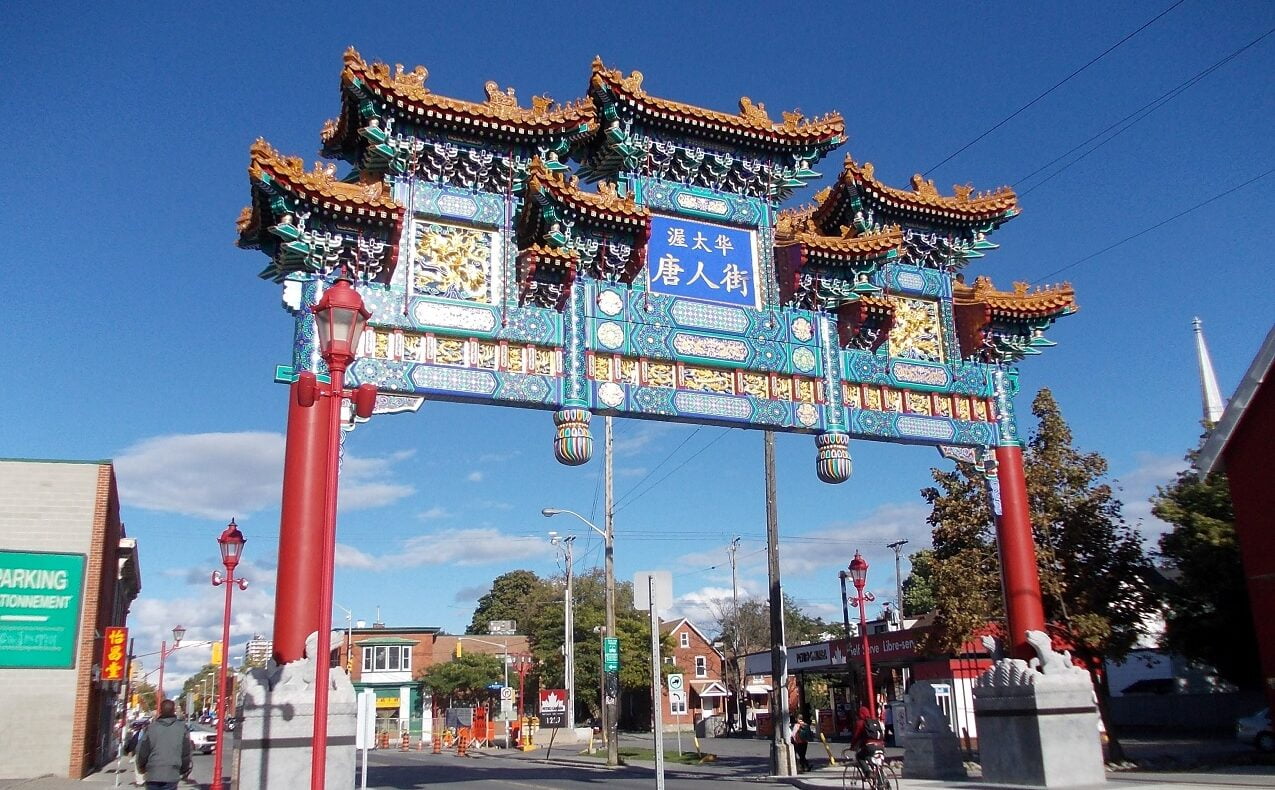 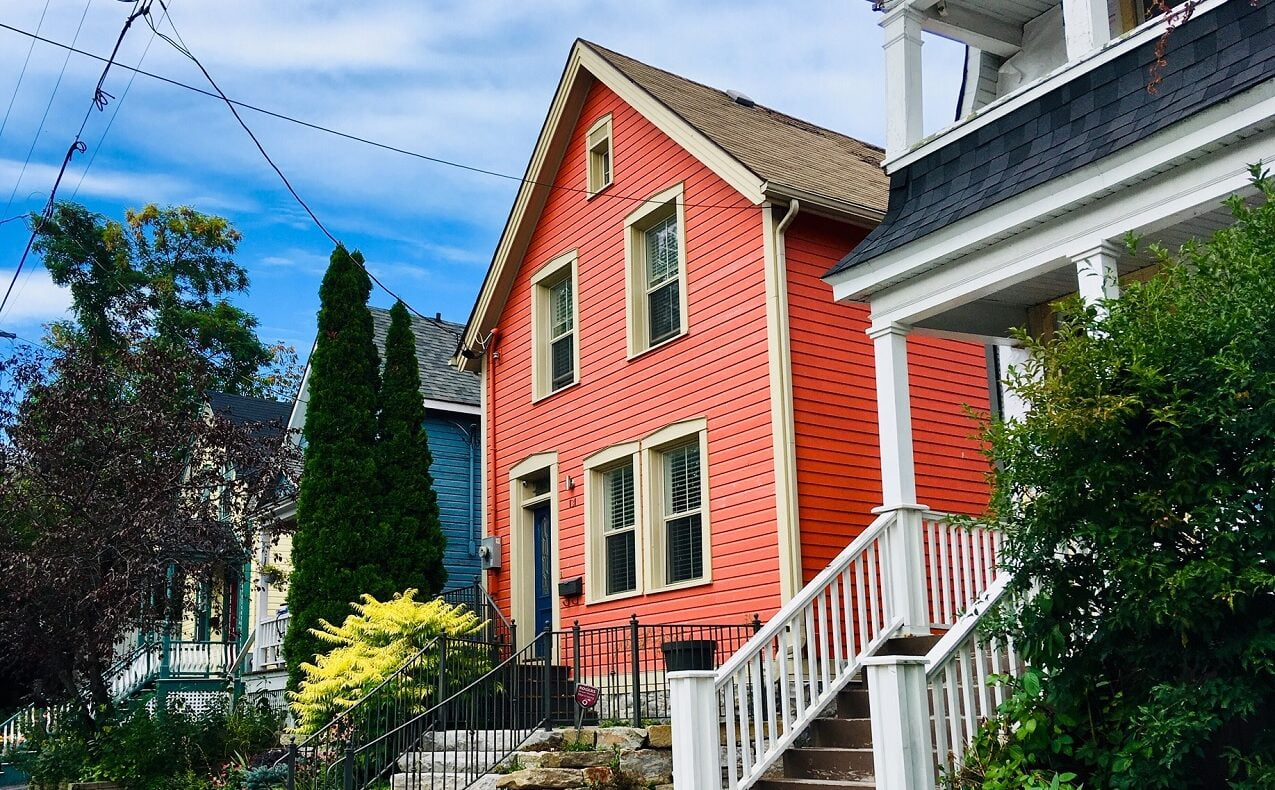 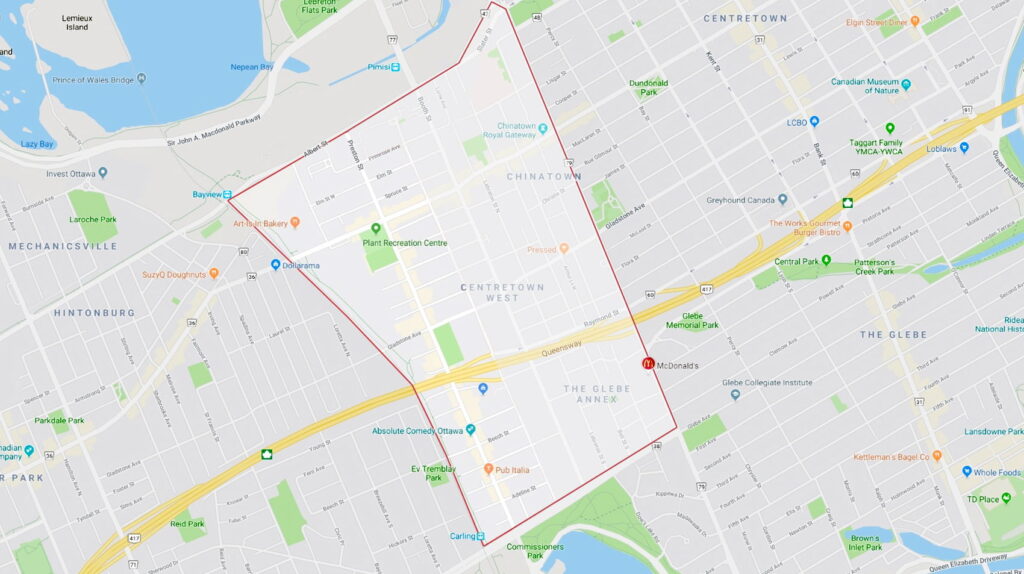 One of the first non-Indigenous settlements in what we now call Little Italy–Chinatown was the village of Rochesterville, covering much of the current neighbourhood and named for farmer, landowner and lumberman (and later mayor) John Rochester. The area had a tannery, lumber mills and a four-room brick schoolhouse by the late 1800s, around the time the City of Ottawa annexed it — just before the Ottawa-Hull fire of 1900 destroyed the entire neighbourhood.

Interestingly, Little Italy–Chinatown was not the first Ottawa home for the city’s Italian or Asian communities. Italian-Canadians originally settled in Lowertown and didn’t move in great numbers to what is now Little Italy until St. Anthony of Padua Church opened at Booth Street and Gladstone Avenue in 1913. Other Italian-Canadians arrived after the Second World War. Despite some heavy-handed city attempts at “urban renewal” in Little Italy in the 1960s, when several blocks were razed to build what is now the Adult High School, the Italian community stayed.

Similarly, Ottawa’s first Chinatown sprang up around Kent and Albert streets in the 1930s. When office towers began replacing low-rise buildings there in the 1960s, the Chinese-Canadian community relocated to Somerset Street West. In the early 1980s, many Vietnamese refugee families settled in the area, which is now also home to residents from other parts of Asia.

The Ottawa Chinatown Gateway, on Somerset Street West just west of Bronson Avenue, has welcomed visitors to the neighbourhood since October 2010. Built for roughly $1 million, it celebrates the neighbourhood’s Asian heritage, the twinning of Ottawa and Beijing, and the 40th anniversary of diplomatic relations between Canada and China. The City of Beijing designed the gateway, and sent tradespeople and materials to build it. Golden tiles cover the gateway’s nine roofs, dragons and other mythical creatures decorate the structure, and five coins — including one from the Tang dynasty dating back at least a millennium — are embedded in it to bring good luck to those who pass under it.

Alternative schools in and near West Centretown include the Adult High School and Heritage Academy.

Little Italy–Chinatown’s primary shopping streets are Preston Street, Somerset Street and, to a lesser extent, Bronson Avenue and Gladstone Avenue. Businesses in the area include:

Amenities in Little Italy–Chinatown include:

Several OC Transpo routes run along major neighbourhood roads, including Somerset Street, Bronson Avenue, Gladstone Avenue, Carling Avenue and Preston Street. The O-Train Trillium line (along the community’s western border) provides transit access to many parts of the city, as does the LRT’s Confederation Line with its Bayview and LeBreton stations open on the area’s northern edge. The Queensway bisects the neighbourhood; drivers can enter or exit at Rochester or Bronson. On the northern edge of the neighbourhood, the Chaudière Bridge connects West Centretown to Gatineau via Booth Street.