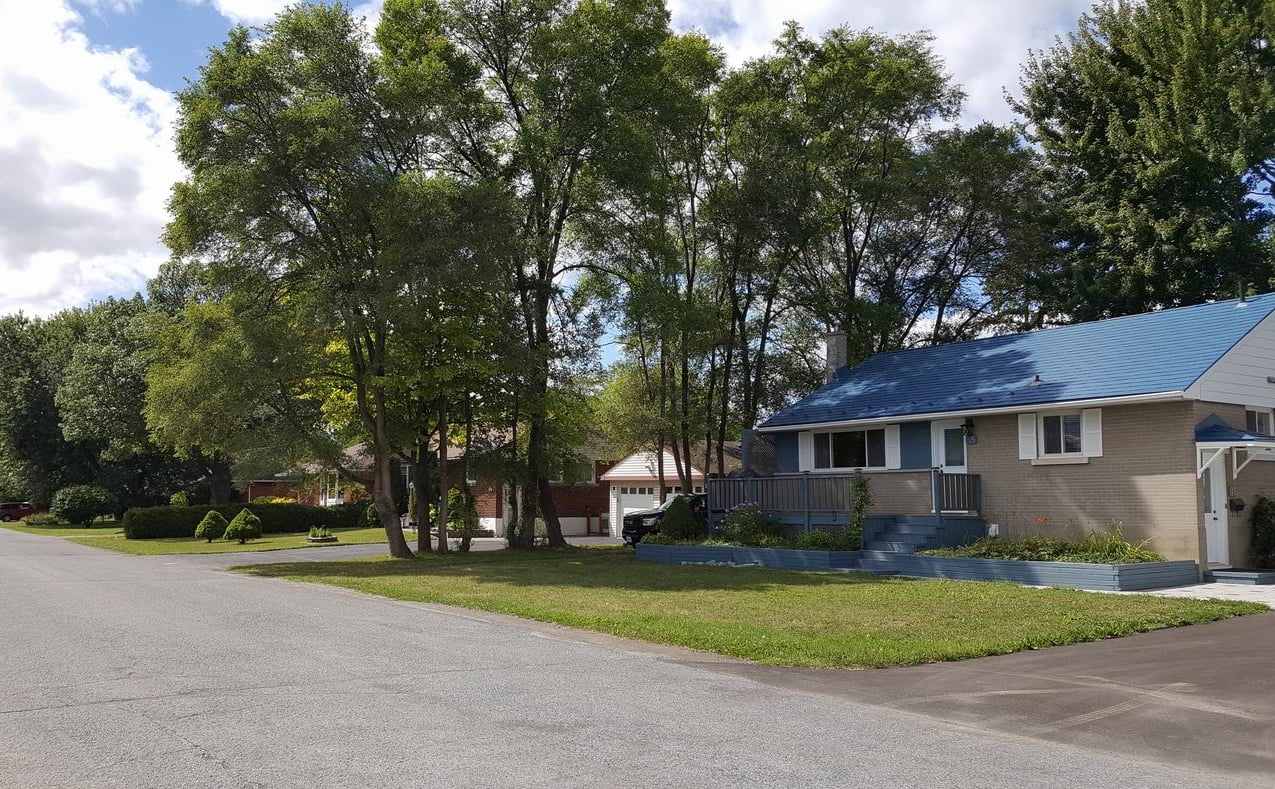 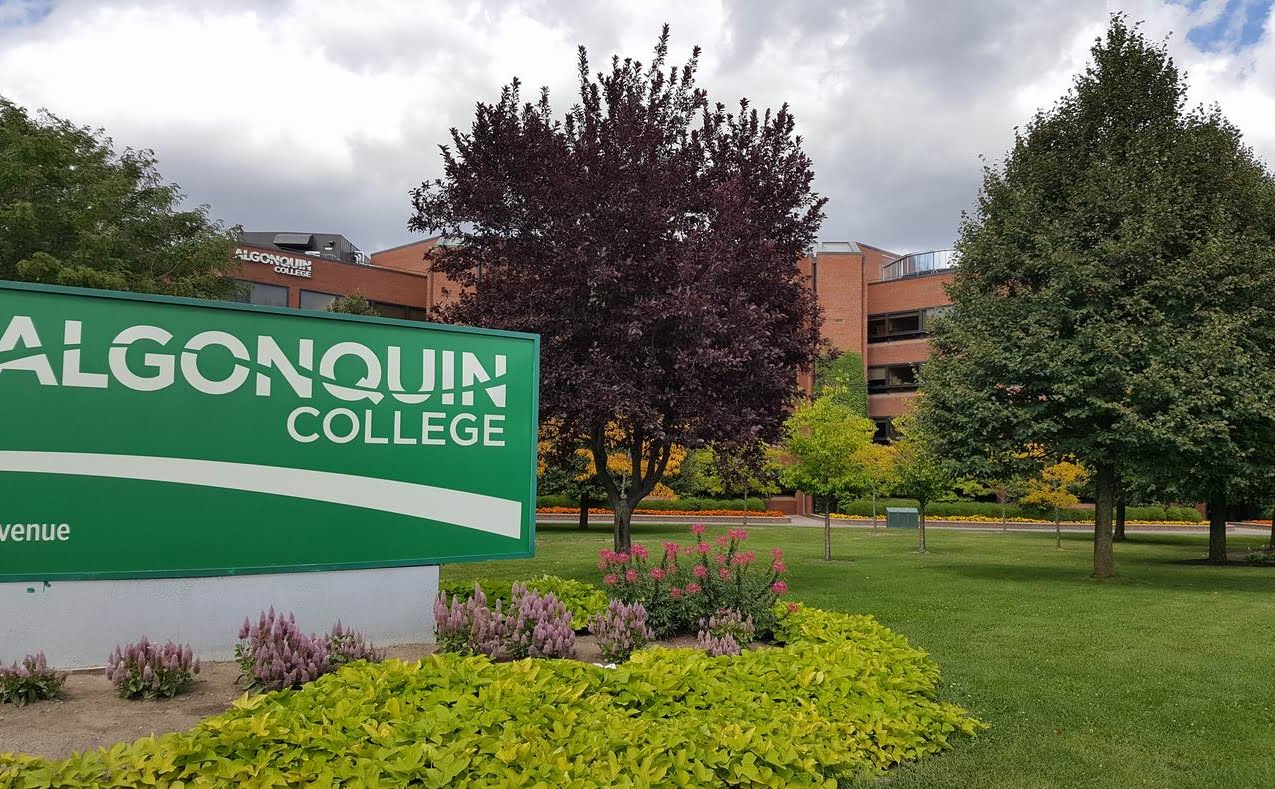 Baseline Road to the north, Woodroffe Avenue to the west, Black Rapids Creek to the south and the Rideau River to the east. 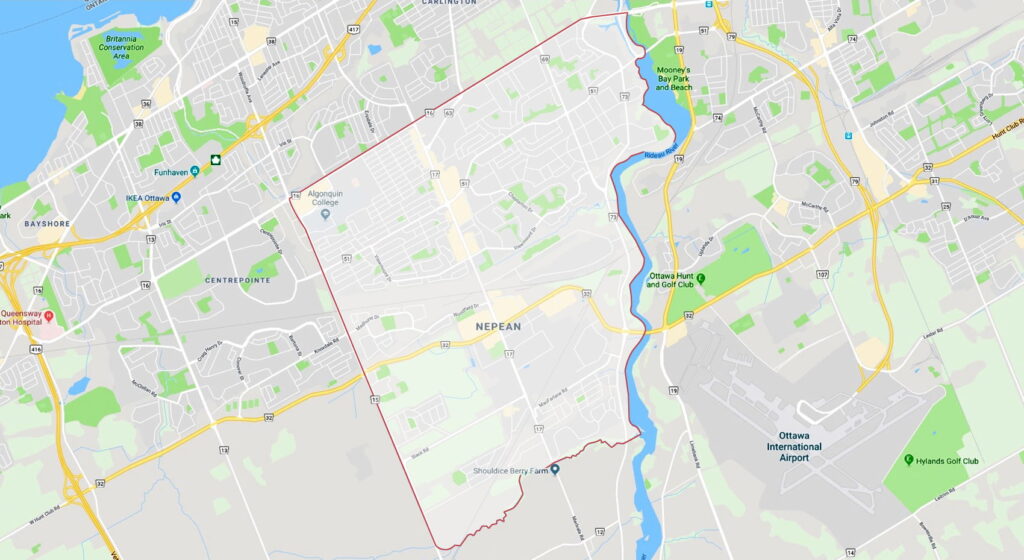 This area was part of Nepean Township, later the City of Nepean, before amalgamation with the City of Ottawa in 2001. It was predominantly farmland until the 1950s. Carleton Heights began as a neighbourhood for veterans returning to Canada after the Second World War. Much of the rest of the northern part of the neighbourhood was developed in the 1950s and 1960s by companies such as Minto and Campeau. Further south, most of Country Place was built in the 1970s, while Borden Farm emerged largely between the late 1960s and the early 1990s. Small pockets throughout Meadowlands–Fisher Glen have been developed since, such as the luxurious riverside enclave called Prince of Wales on the Rideau that Campanale began creating in the early 2000s.

With Algonquin College in its northwestern corner and Carleton University just beyond its northeastern edge, this neighbourhood is a convenient base for students, faculty members and employees of either institution.

Neighbourhoods in this large and diverse area include:

Single-family homes predominate in this area, although there are clusters of apartment buildings, particularly around Meadowlands Drive and Merivale Road, and the corner of Prince of Wales Drive and Hogs Back Road. Carleton University, the Central Experimental Farm, Mooney’s Bay Park and Beach, the Ottawa Hunt and Golf Club, Meridian Theatres @ Centrepointe, and the Ottawa International Airport lie just beyond the neighbourhood. Attractions in Meadowlands–Fisher Glen include:

Meadowlands–Fisher Glen has English public and Catholic elementary and high schools. It also has a French Catholic elementary school and a French public high school; other schools are more distant. In addition, the neighbourhood is home to the Abraar School (Muslim elementary), the Ottawa Islamic School (JK to Grade 12), Redeemer Christian High School and Little Scholars Montessori–Centrepointe.

While primarily residential, the area includes the perennially busy Merivale Road commercial corridor, the Colonnade Road Business Park, a cluster of big-box stores at the intersection of Merivale and West Hunt Club roads, College Square, and Algonquin College. Businesses include:

The community is served by multiple public transit routes: octranspo.com. The neighbourhood is adjacent to the Baseline Transitway station, which will become an LRT station when Stage 2 of the western extension of the Confederation Line is complete. On the northeastern corner, it is not far from the Mooney’s Bay Station on the LRT Trillium Line.