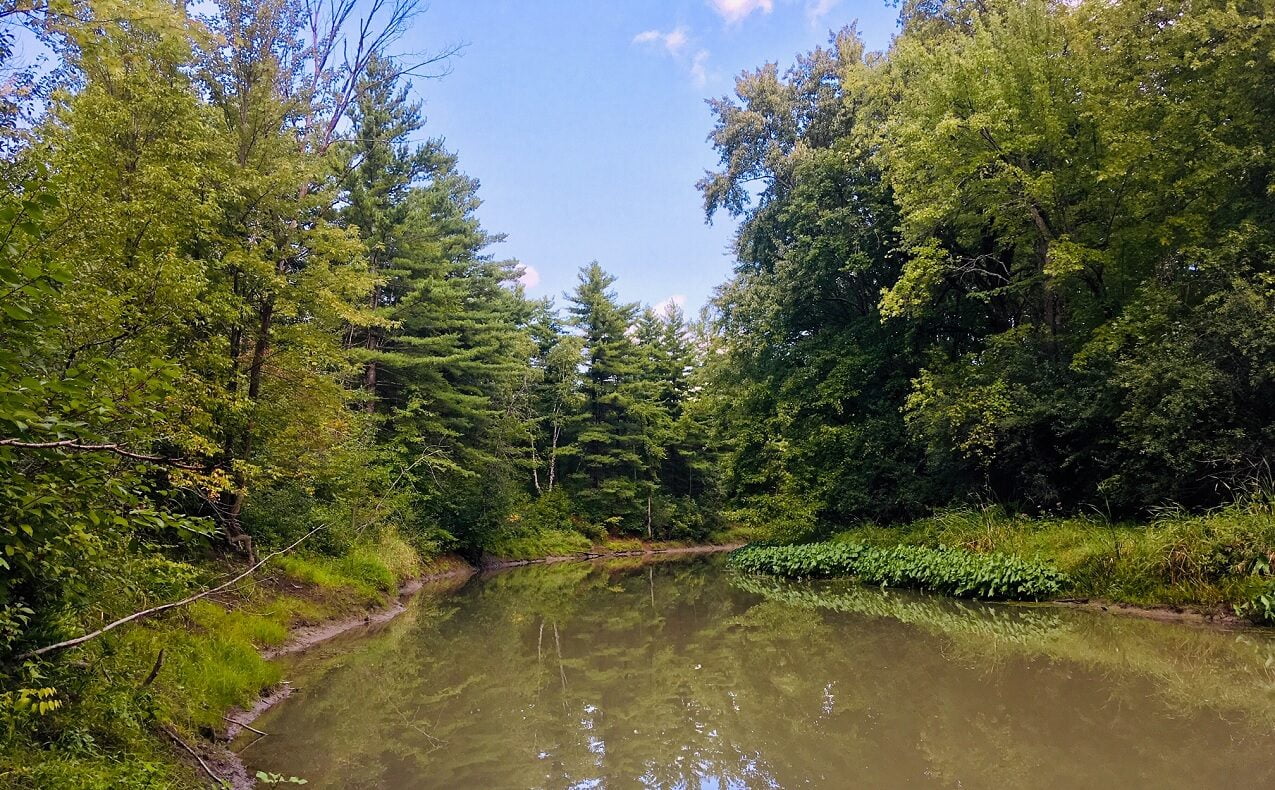 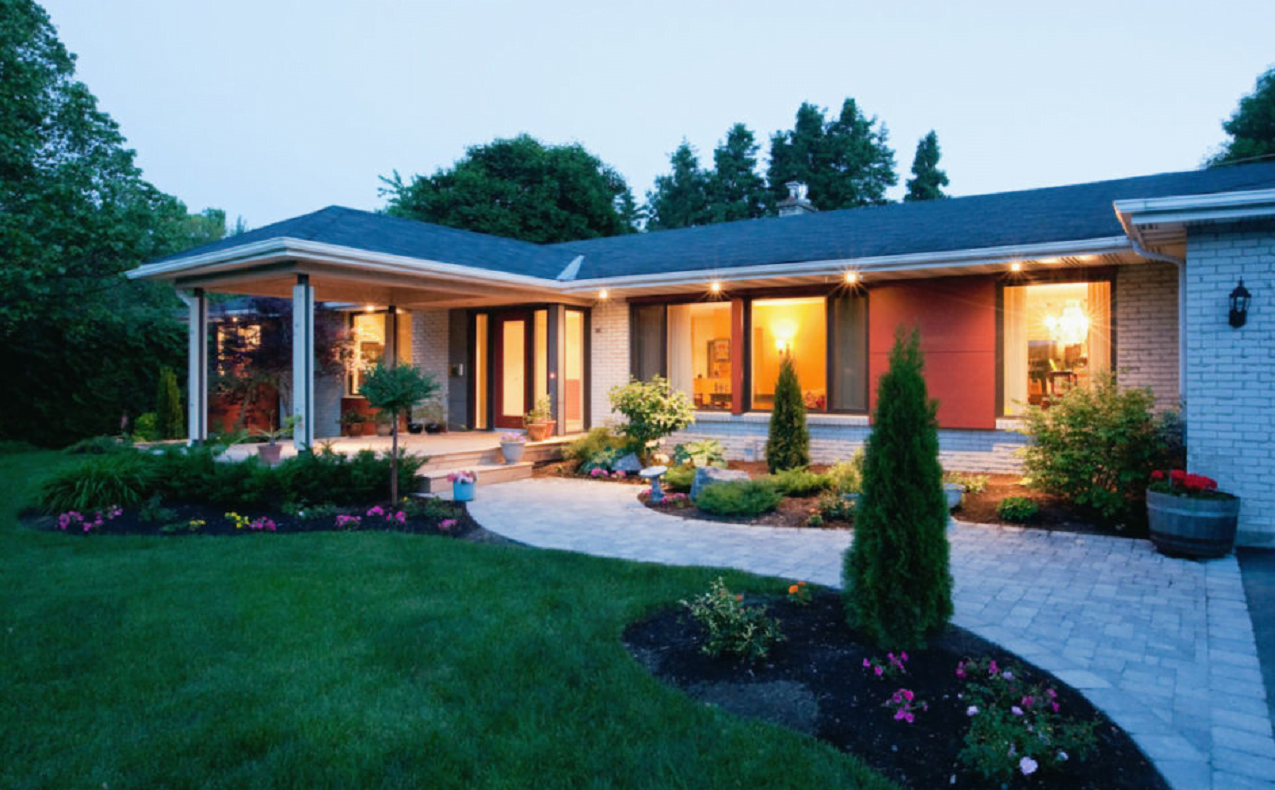 This area extends from the Ottawa River in the north to the Queensway in the south and Green’s Creek in the east to the Aviation Parkway in the west. 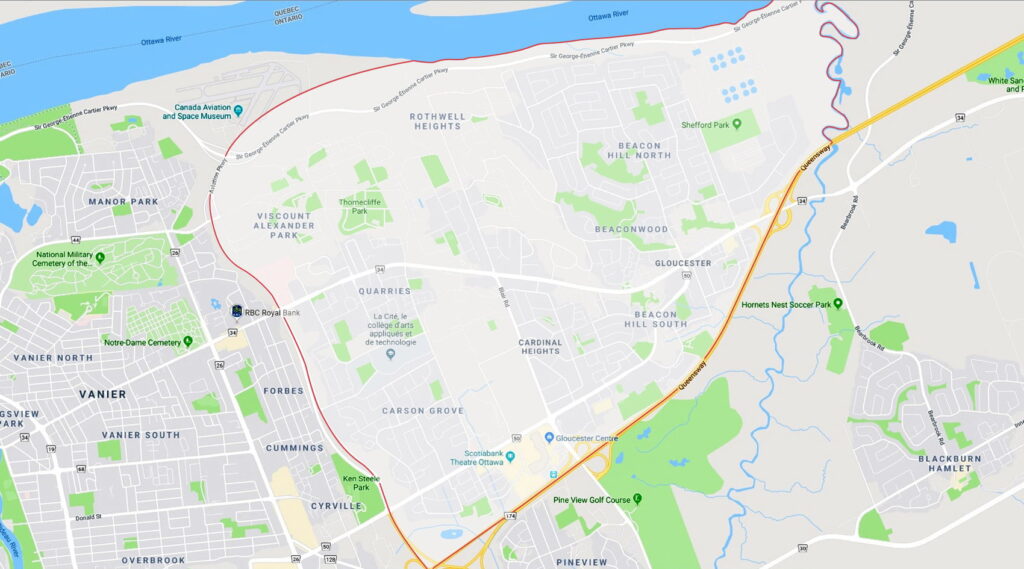 One of the first major developments in this area was the Rockcliffe Air Station (later CFB Rockcliffe) in 1920. To the east, the Montreal Road campus of the National Research Council took shape mainly between the late 1930s and the mid-1950s. On the neighbourhood’s western edge, the Montfort Hospital opened in 1953.

Almost all of the residential development in the area has taken place since the Second World War. Many of the houses in Beacon Hill (named for a long-gone Ottawa River lighthouse) and Rothwell Heights date to the 1960s and 1970s. Carson Grove is a bit newer, with about half the houses built after 1980. The now-decommissioned CFB Rockcliffe is being developed into a new community called Wateridge Village.

The area has a mix of homes, with large and exclusive properties predominating in Rothwell Heights (where a 15,000-square-foot mansion built in 2007 sold for $7.675 million in 2014) and more modest bungalows, townhomes and other housing types elsewhere. Attractions include the following:

Rothwell Heights–Beacon Hill–Carson Grove has English and French public and Catholic schools at all levels, except for a French public high school (the closest one is in nearby Blackburn Hamlet).

This neighbourhood is home to several major employers, including the National Research Council, the Communications Security Establishment, the Montfort Hospital and the Canada Mortgage and Housing Corporation. An industrial area on the area’s northeastern edge, which includes a major wastewater treatment centre, provides further employment. Other businesses include:

The neighbourhood has a full range of sports facilities, including baseball diamonds, tennis courts, soccer fields, rinks and parks. Amenities include:

The neighbourhood offers a wide range of services, including banks, retirement homes, salons, dry cleaners, doctors’ and dentists’ offices, animal hospitals, and churches. The City of Ottawa’s Recreation and Parks Department offers a range of activities.

“The Split,” where the Queensway branches off from Highway 417 to follow Highway 174, is at the southwestern corner of the neighbourhood. Residents can access the Queensway through interchanges at Blair Road and Montreal Road. Multiple OC Transpo bus routes serve the neighbourhood and many of them are feeder routes funnelling riders into the Blair LRT station, the Confederation Line’s eastern terminus, next to Gloucester Centre. Bike paths run along the Ottawa River at the northern boundary of Rothwell Heights, through Beacon Hill and Beacon Hill Heights, and elsewhere.