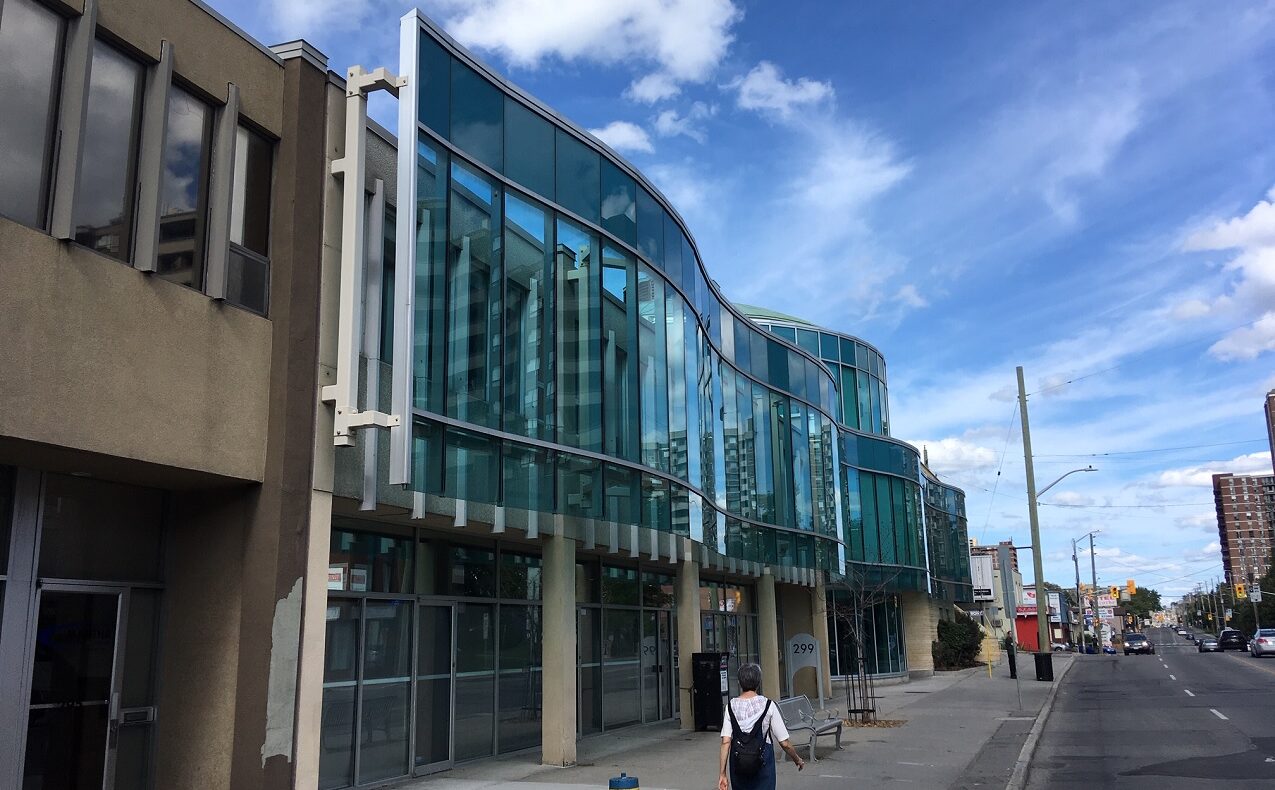 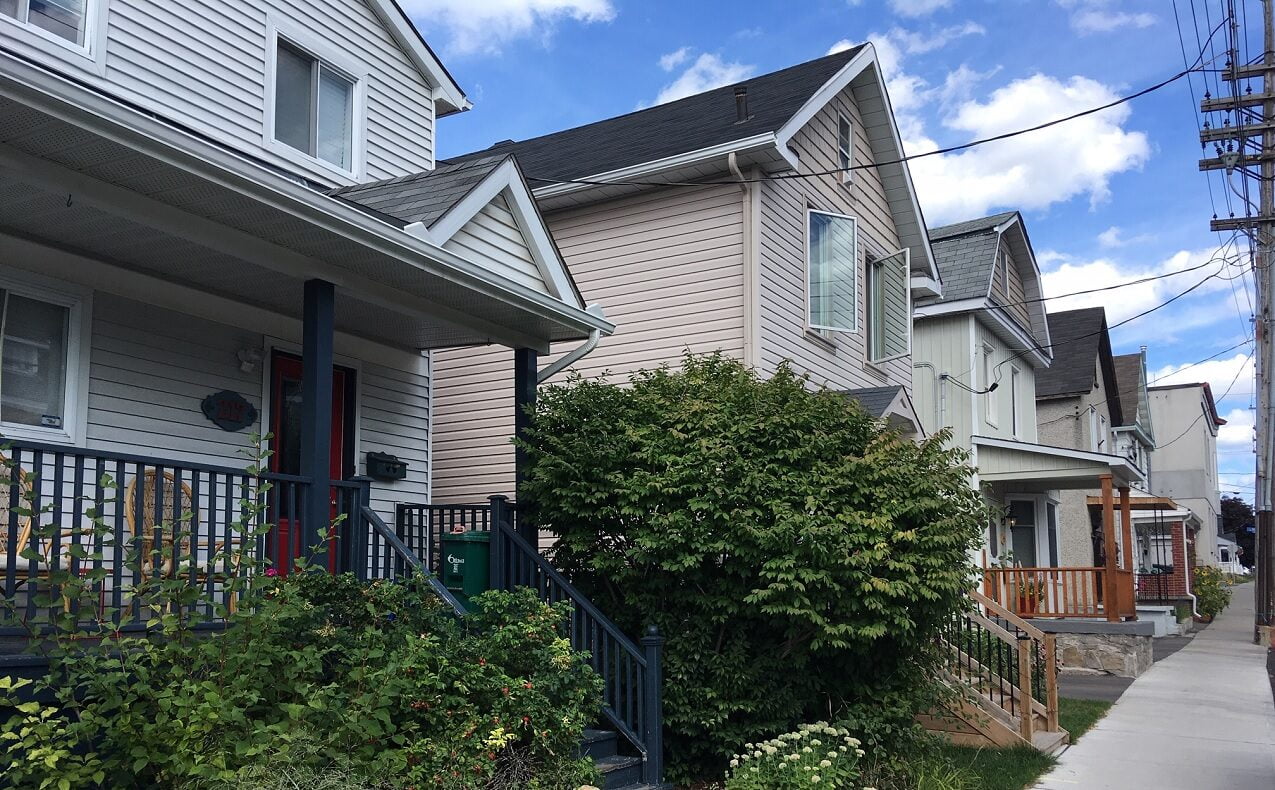 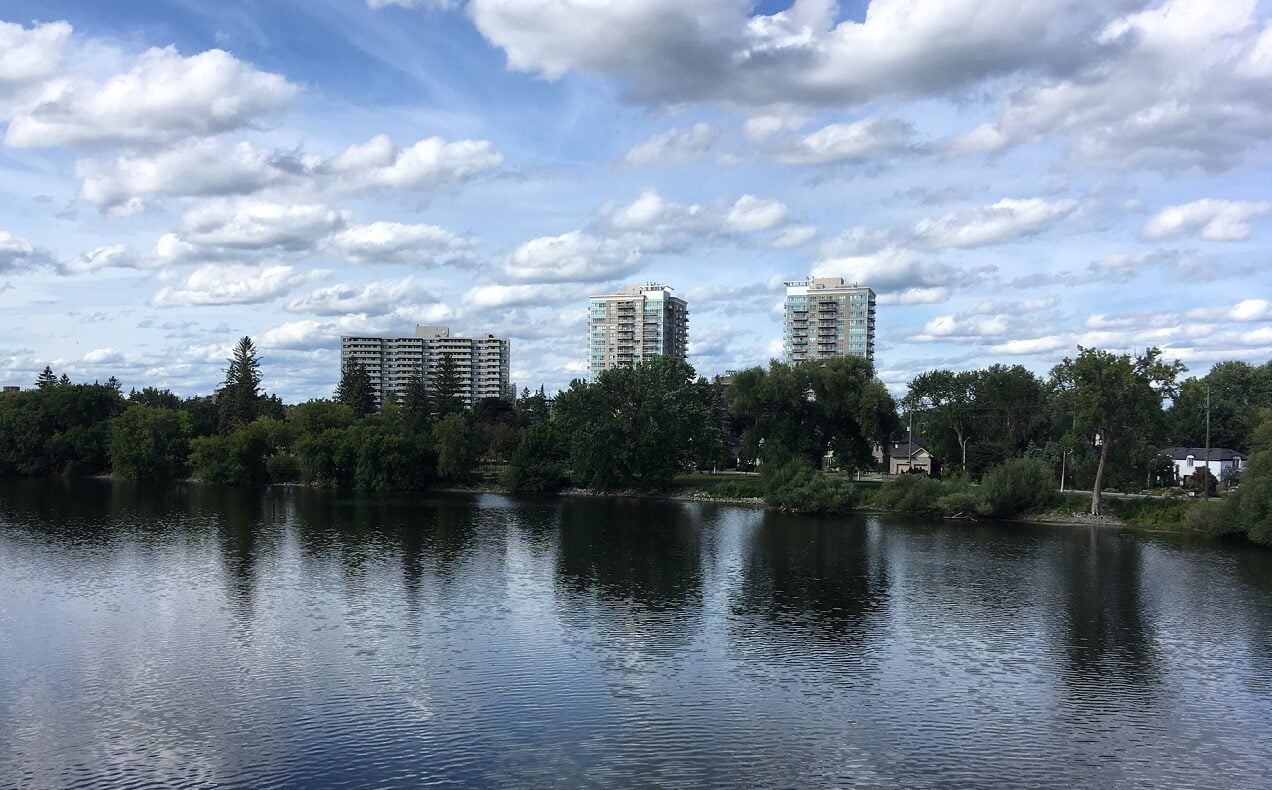 Hemlock Avenue and Beechwood Avenue on the north, the Queensway on the south, the Rideau River on the west, and St. Laurent Boulevard on the east. 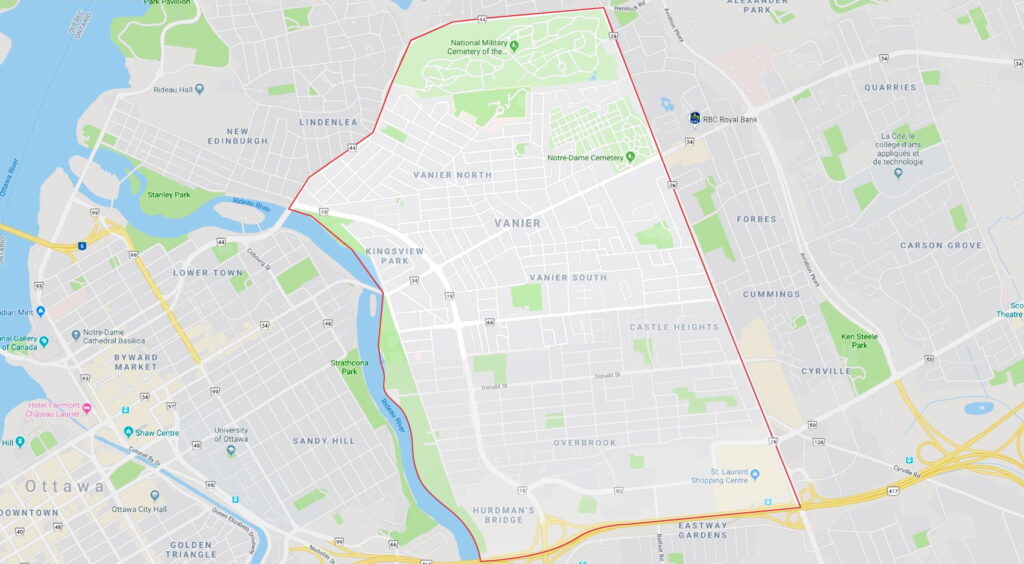 European settlement of what is now Vanier began in the 1820s and took off after Charles Cummings built a bridge across the Rideau River in the late 1830s. Several communities — including Janeville, Clandeboye and Clarkstown — merged in 1909 to become Eastview, and the community was renamed Vanier in 1969.

Religious orders played a large role in Vanier’s development: a community of missionaries was based in what is now Richelieu Park, the Montfortian Fathers built several churches, and the Daughters of Wisdom built a boarding school and convent.

Vanier was traditionally francophone, but today, a slight majority of residents speak English at home. To the south, English is the primary language in Overbrook. However, the mother tongue of about 33 per cent of residents in that ethno-culturally diverse community is neither English nor French.

Overbrook was settled later than Vanier, although a house built by Nicholas Sparks in 1865 still stands on North River Road. Both communities once boasted a range of industries, partly because the Bytown and Prescott Railway ran right through the area; today’s Vanier Parkway follows part of its route.

The community is just east of downtown, across the Rideau River from Sandy Hill and Lower Town. McArthur Avenue and Grant Toole Way divide Vanier to the north from Overbrook to the south.

Subsections of these neighbourhoods include Kingsview Park and Castle Heights.

A majority of the homes were built before 1980 and many are still relatively inexpensive. The neighbourhood has several subsidized housing developments and many social services offices, and the Salvation Army wants to build a large community hub on Montreal Road. However, Vanier–Overbrook is also slowly being gentrified, and sleek apartment blocks are springing up along the Vanier Parkway. Streets close to the Rideau River have some of the area’s most expensive single-family houses.

Vanier–Overbrook has a full range of English and French elementary schools, as well as Ottawa Technical Secondary School; other high schools are more distant.

Vanier-Overbrook is also home to the Ahlul-Bayt Islamic School, the Rockcliffe Montessori Pre-School and the VINCI School (which combines Montessori and Reggio elements).

Vanier–Overbrook’s retailers and restaurants are clustered along Montreal Road, St. Laurent Boulevard and, to a lesser extent, McArthur Avenue and Donald Street. The neighbourhood is home to several government offices — notably, a major Royal Canadian Mounted Police facility. Other businesses include:

Attractions in the Vanier–Overbrook area include:

The community is served by multiple public transit routes: octranspo.com. Highway 417 is also nearby and there are bike paths.