ADVERTISEMENT
»New Homes»Articles»A look that will last: Being fresh without being trendy

A look that will last: Being fresh without being trendy 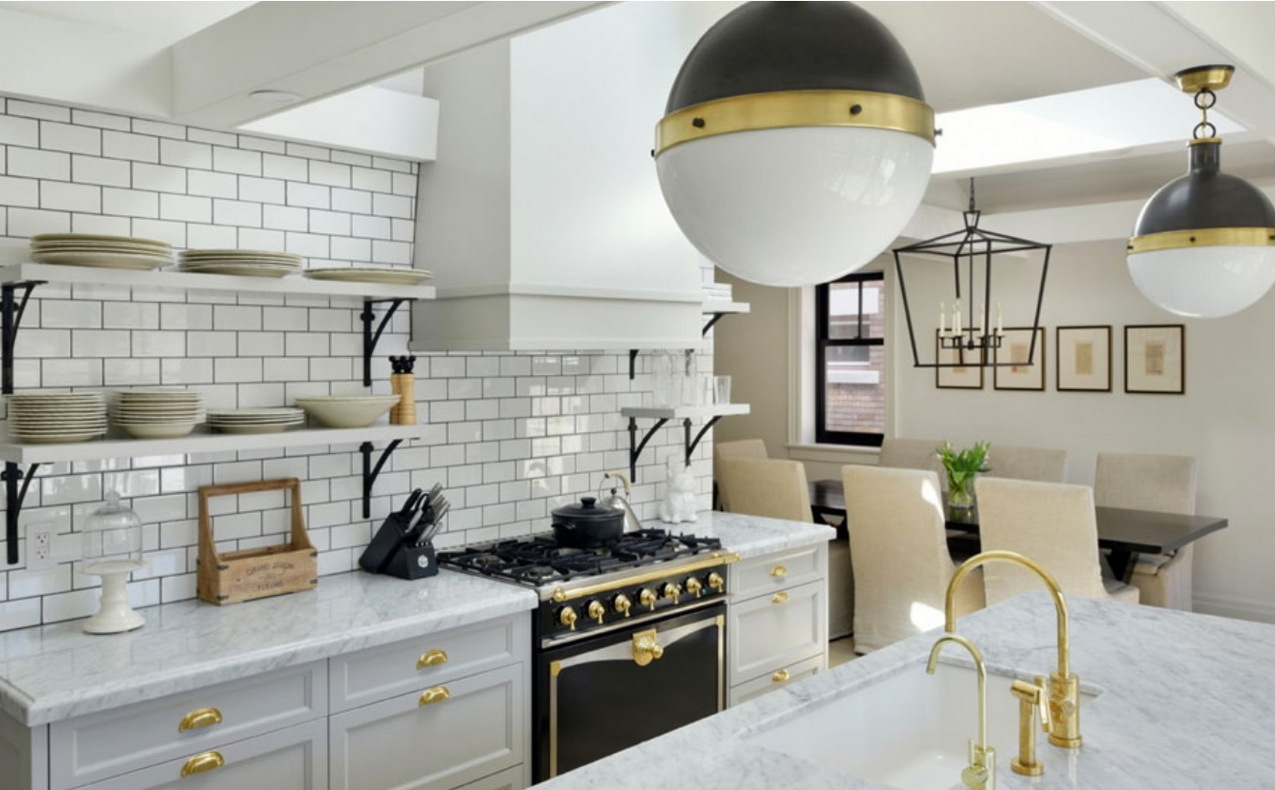 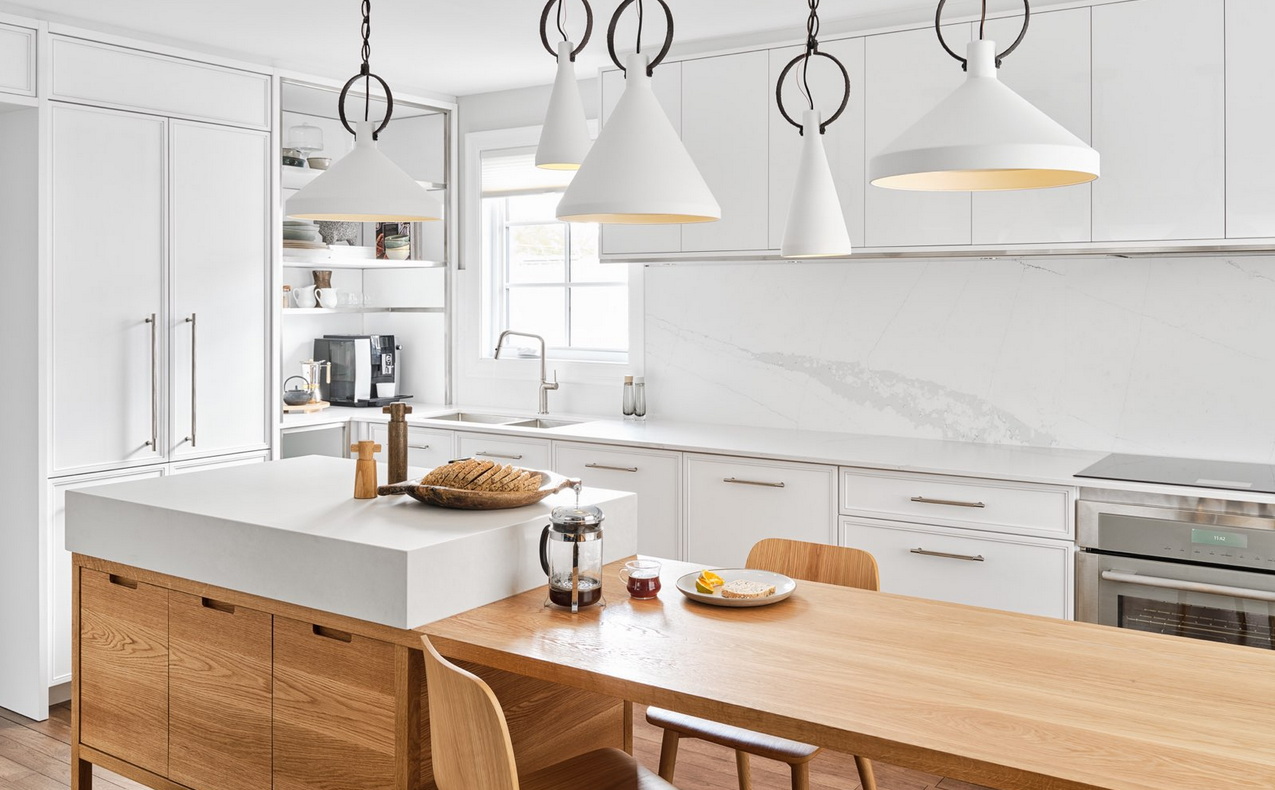 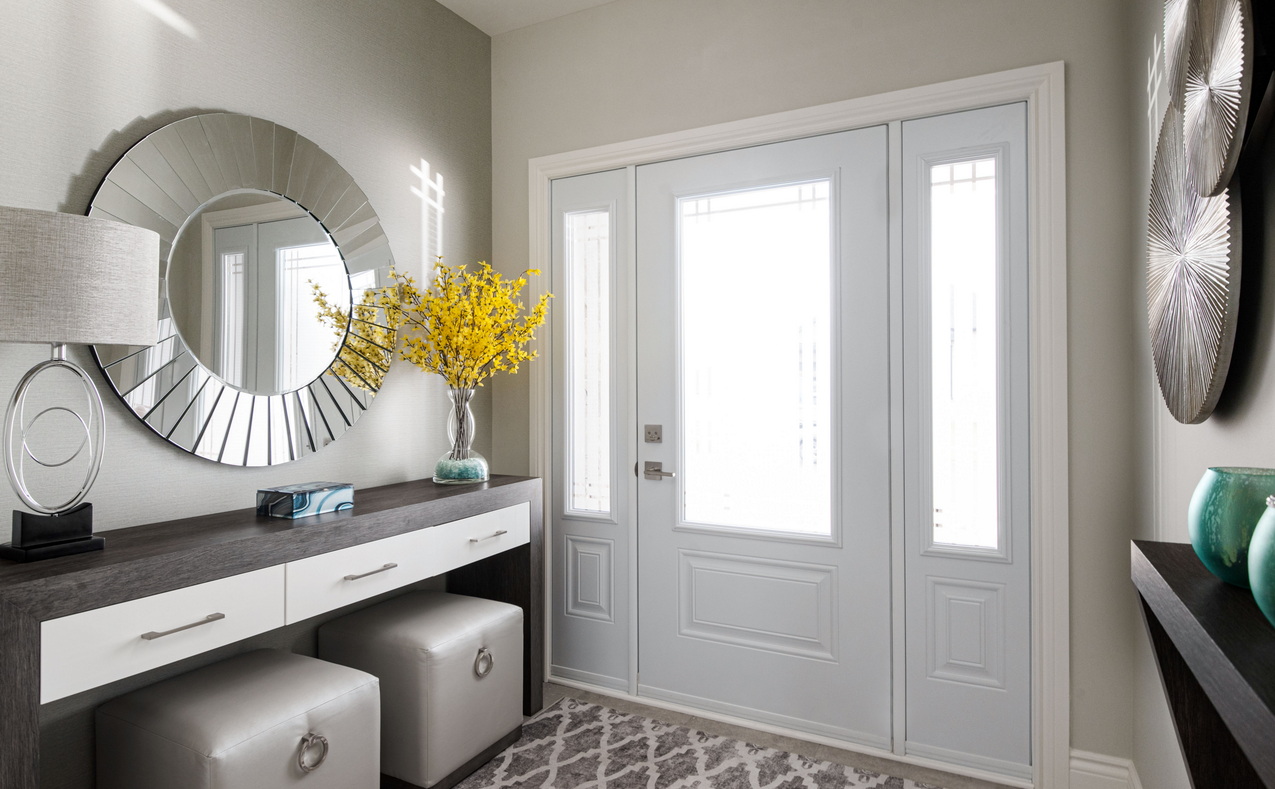 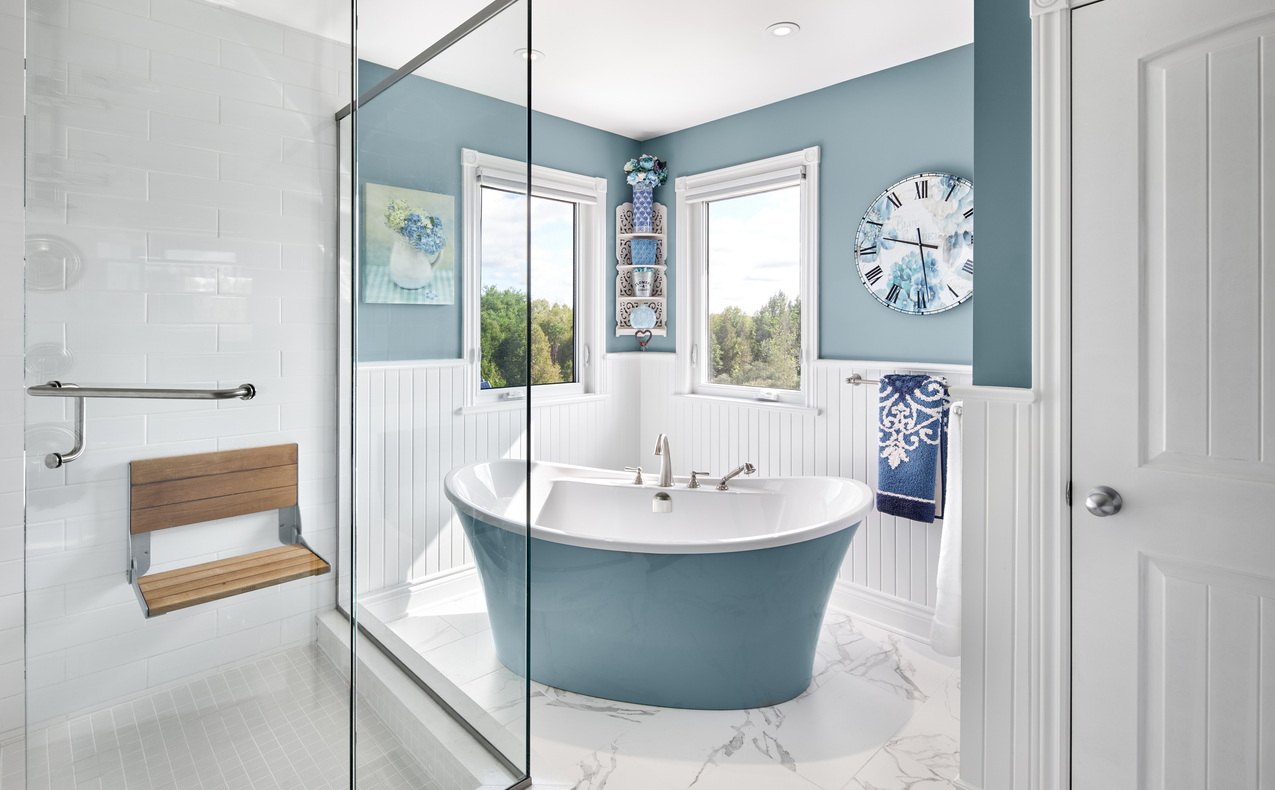 Photo credit: Gordon King Photography
This five-year-old kitchen by Tanya Collins reflects the influence of custom range hoods, which were becoming popular, and has classic subway tile. It still looks fresh today.
Photo credit: JVLphoto.com
The combined island and dining table is trendy, but this space by designer Nathan Kyle is made timeless, he says, by having the island designed to look like a moveable piece of furniture, even though it is very much fixed.
Photo credit: Jordann Brown Imaging
Calling it classic with a modern edge, Anne-Marie Brunet had to be conscious of blending in the client’s existing furniture while creating an updated look in a new-construction bungalow.
Photo credit: Courtesy CPI Interiors
This inviting ensuite by Catherine Pulcine feels like new despite being done three years ago.

It’s a common battle when designing a space: How to create a look that will last while also making it appear fresh and edgy. Timeless does not equal trendy and trendy can quickly become dated, but it’s often the trendy that gives a space that edge.

So, how do you find balance and avoid being a slave to trends?

A simplistic answer is to apply trends sparingly, say several top Ottawa designers. But it’s also not quite that simple, they say.

“Part of it is using restraint when it comes to certain things that are trendy,” says Nathan Kyle of Nathan Kyle Studio. “When you use it in limiting amounts, it creates the sense of intrigue, but it also lets somebody move on past that trend and see the rest of the space rather than it being this overpowering feature that’s the most predominant thing.” 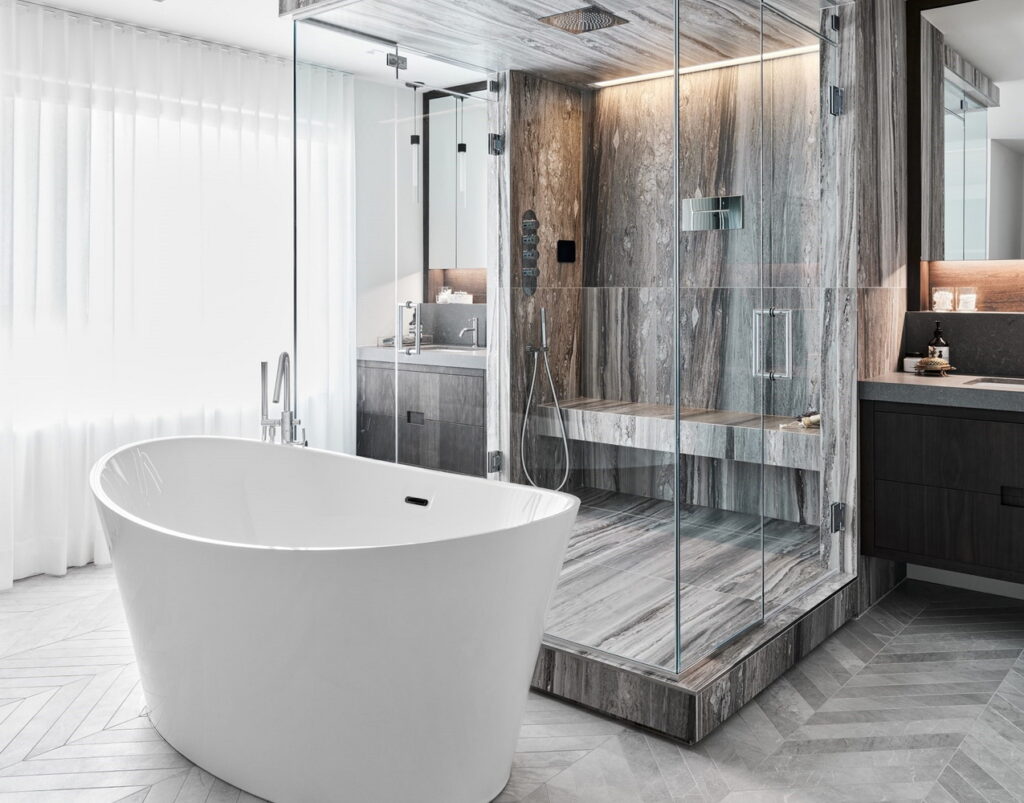 The classic chevron pattern is trendy, but when limited to the floor tile and not overdone, it’s timeless, says designer Nathan Kyle, who designed this bathroom. Photo: JVLphoto.com

Take, for instance, matte black, which is all the rage, he says. “If you did matte black on every bathroom fixture, including your toilet, your mirror, the light — that’s a trend, you’re done. But if you use matte black on just the plumbing fixtures because there’s a cohesiveness to it, then your mirror happened to be a different metal, your light a complementing metal or something completely different, then all you’ve done is capitalized on that matte black feature and it almost feels architectural and classic.”

Creating a look that will last

Classic is a word that comes up frequently in discussing timeless spaces. That doesn’t mean it’s traditional, but it does draw on traditional design elements and pairs them with the clean lines of modern style to create a look that transcends both, which adds to its timeless appeal.

Throw in a few well-chosen trendy accessories and you’ve got an easy way to appear of the moment.

But, again, it’s not that simple. The architecture of the space and the overall design concept are also key.

“There’s so many things you have to take into account,” says Tanya Collins of Tanya Collins Design. Her approach is to look at the location, the architecture, the client’s tastes, and take those influences into account, usually with an eye toward creating a look that will last.

“If someone wants to look of the moment, I would find out from them what it is that they like that they’re seeing in the market. Is it a particular type of furniture, is it archways… and then bring in that influence but still look at the overall design concept.” 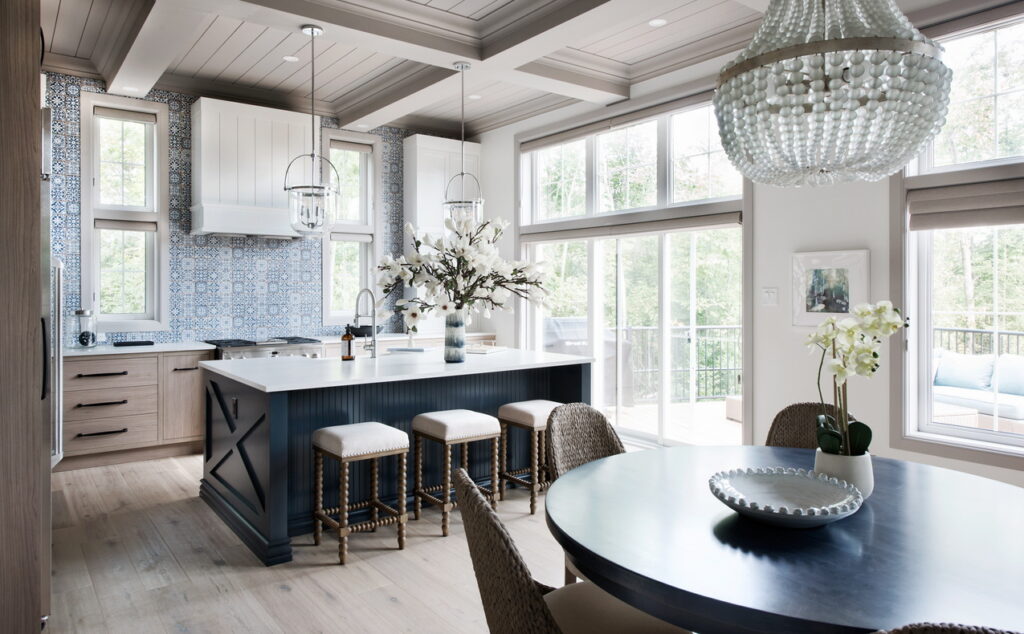 When designing the Minto dream homes for the CHEO Dream of a Lifetime lottery, Tanya Collins likes to mix influences and put a new spin on trending elements to give them longevity, like the Hampton from 2019, which pairs trendy artisanal tile in the kitchen with an overall coastal look in the home. Photo: Gordon King Photography

It’s also helpful to take trending elements and put a fresh spin on them, she says. For the past four years, Collins has spearheaded the interior designs of the grand prize Minto dream homes in CHEO’s Dream of a Lifetime lottery.

In them, she’s artfully mixed styles and both current and upcoming trends, interpreting them in ways that are “not formulaic,” which helps make them timeless. “It’s all how you mix things.”

If a client is asking for a trend, typically “it’s because they’re sick of what they have,” says Anne-Marie Brunet of Sheridan Interiors, Kitchens + Baths. “They don’t really know how to get out of that rut that they’re in and it’s always nice to see something new.” 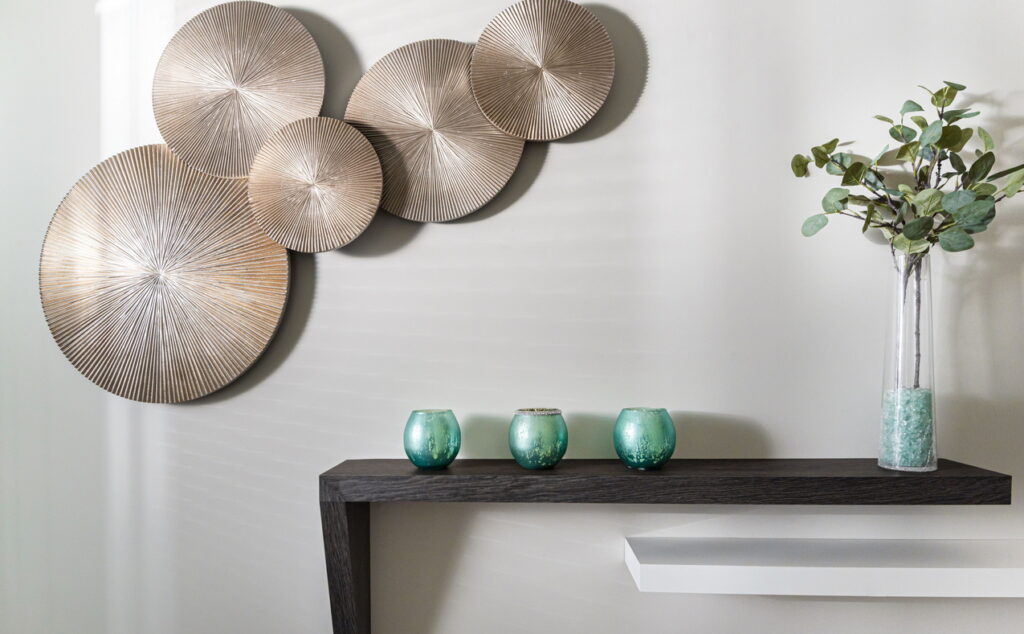 But it’s important to explore with them why they are attracted to it, she says. It might not be the trend; it might be the colour or the shape.

When it comes to creating a space that’s forward-thinking or fresh without having to incorporate trends, it’s a combination of the space and the materials, she adds. “The space is going to dictate what we can and cannot do.”

And to keep it timeless, “stay away from trends,” she laughs. “I would tend to keep the classics,” and have fun with accessories. 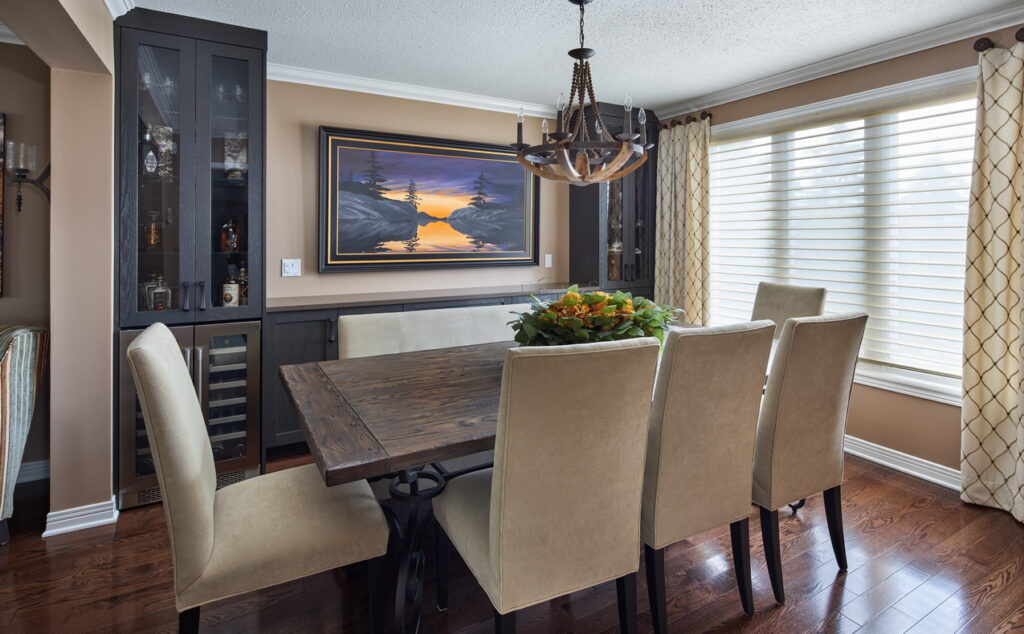 Using clean lines is important in creating a space that will stand the test of time. Catherine Pulcine did this dining room three years ago. Photo: Courtesy CPI Interiors

Ultimately, whether a space is trendy or not, the most important thing is what appeals to you, says Catherine Pulcine of CPI Interiors, who also favours longevity in design.

“When people do things that are trendy and it’s not who they are, they are the people who are constantly looking to make changes,” she says. “If you love what you have, then you won’t be inclined to change it.” 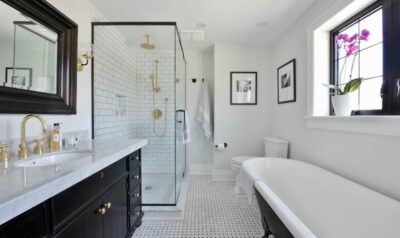