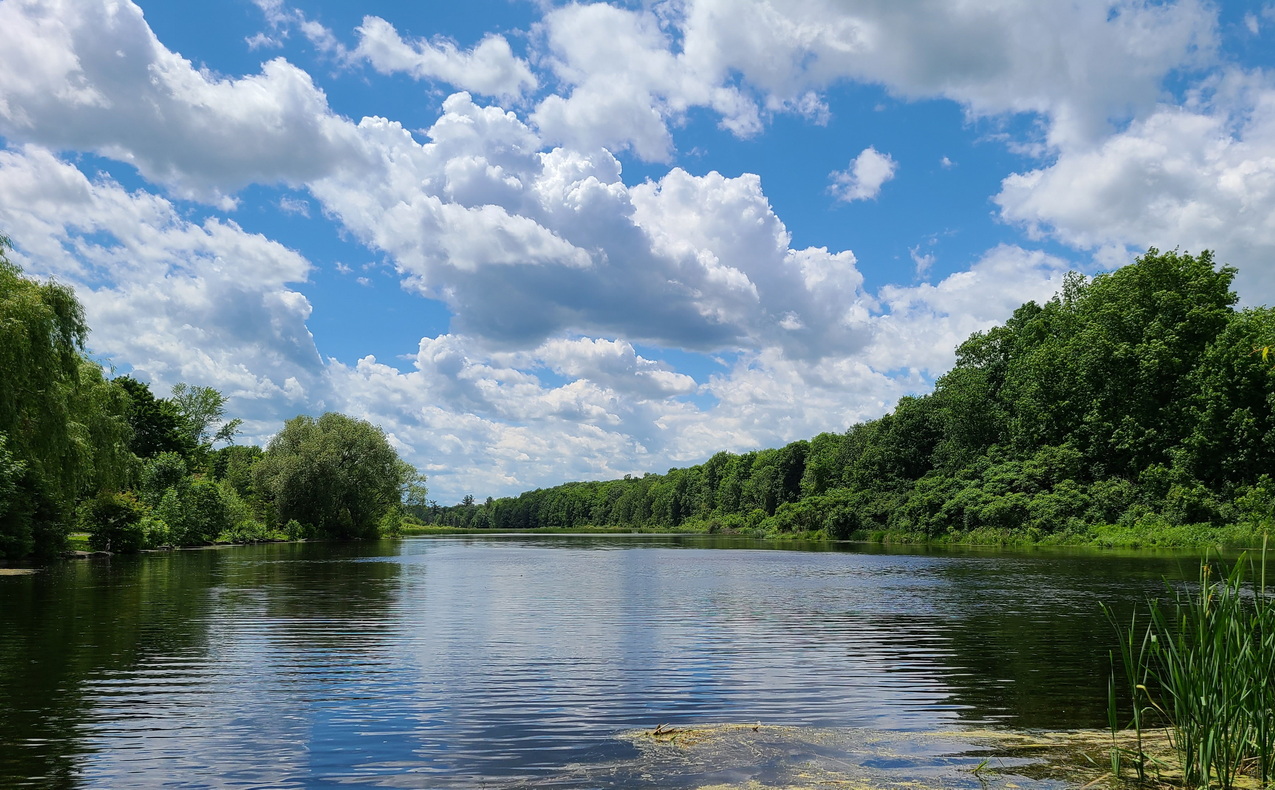 Photo credit: AllThingsHome.ca
The Beaver Pond in Kanata Lakes is a popular nature spot for both wildlife and area residents.

It’s been a long time coming, but sales have finally begun at The Pond at Kanata Lakes.

HN Homes released its first lots on June 11, more than a decade after its building partners — Urbandale and Richcraft — first took steps to develop the 504-acre property between the Beaver Pond and Terry Fox Drive in Kanata North.

The journey to get here has been long and difficult, with many hurdles and much opposition to overcome, but now “there seems to be an acceptance of (the development),” says Marcel Denomme, vice-president of land development for Urbandale Corporation, which is developing the land and which is the parent company of builder Urbandale Construction.

Corina Marinescu is president of the Kanata Lakes Community Association. She says in an email that residents are “still not happy, but there’s not much that can be done… These are private lands, and we understand the need for more development; we just hope that consideration will be taken in terms of development of all the infrastructure that will be needed and to ensure new developments won’t create environmental problems.”

Outstanding issues remain, primarily with drainage for the two subsequent phases in the project and a study into the effect that extending Terry Fox Drive and developing the land is having on the area’s threatened Blanding’s turtles.

“We are happy the city is taking the time to ensure the other two phases will have proper assessments and the drainage issues be solved,” says Marinescu. 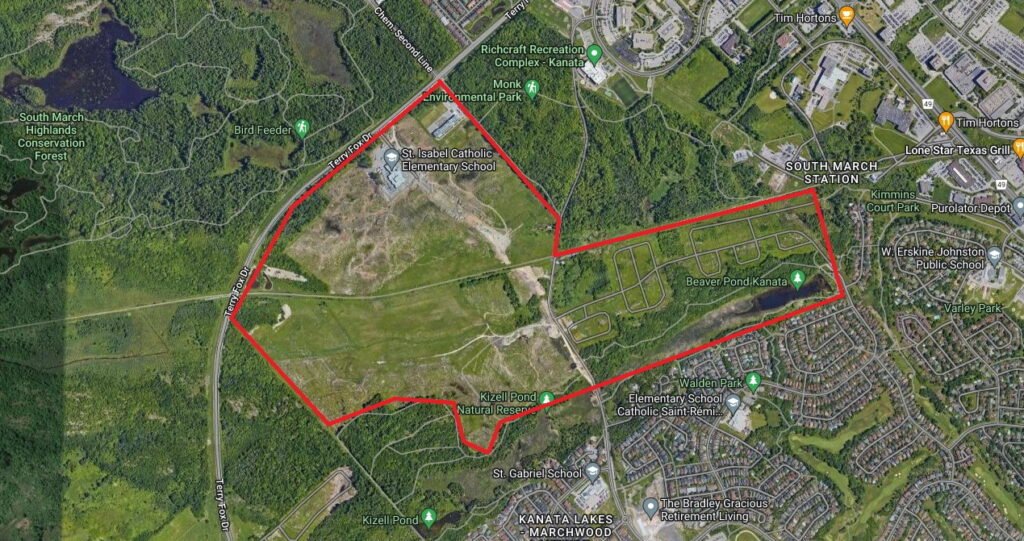 The Kanata Lakes development between the Beaver Pond and Terry Fox Drive is 504 acres and will see about 2,600 homes. Illustration: AllThingsHome.ca / Image: Google Maps

But the builders have been given the green light to proceed with the first phase, which is known as Phase 9 or The Pond at Kanata Lakes. It’s tucked between the Beaver Pond and Trillium Woods and will be built along an extension of Walden Drive from Kimmins Court out to a realigned Goulbourn Forced Road.

Unusually for a new development, the roads are already in place and most of the site servicing has been done.

“It’s a rock site, so it required a lot of preparatory work,” says HN president George Georgaras. “It’s been more than two years of construction to get to the point where serviced lots will be available.” The site is part of the Canadian Shield, meaning there is a lot of bedrock at or near the surface that had to be blasted so that services could be installed.

Roads are already in place for the first phase of development, which lies between the Beaver Pond and Trillium Woods.

While having the infrastructure in place will speed up house construction in theory, the industry is still dealing with disruptions that were exacerbated by the pandemic.

“The instability in the supply chain is still a huge variable for all of us,” says Georgaras, along with the shortage in trades, which means HN will be allowing a year for construction.

While HN is first out of the gate to begin sales at The Pond at Kanata Lakes, Richcraft expects to follow by the fall and Urbandale is still determining when it will launch. The site will ultimately see about 2,600 homes.

There are 483 homes to be built in this phase, a mix of towns and singles on lots ranging from 31 to 50 feet wide. The topography of the site means there are some walkout basement lots, some lookout lots (where the basement is partially above grade, allowing for larger unobstructed windows) and lots with retaining walls or natural rock cuts.

The topography “sums up why it’s so spectacular,” says Shawn Bellman, marketing manager for Richcraft Homes. “The relationship of the land and the topography and the rock crops… the Trillium trails on the one side, you’ve got the Beaver Pond on the other side and it’s just this little pocket.” 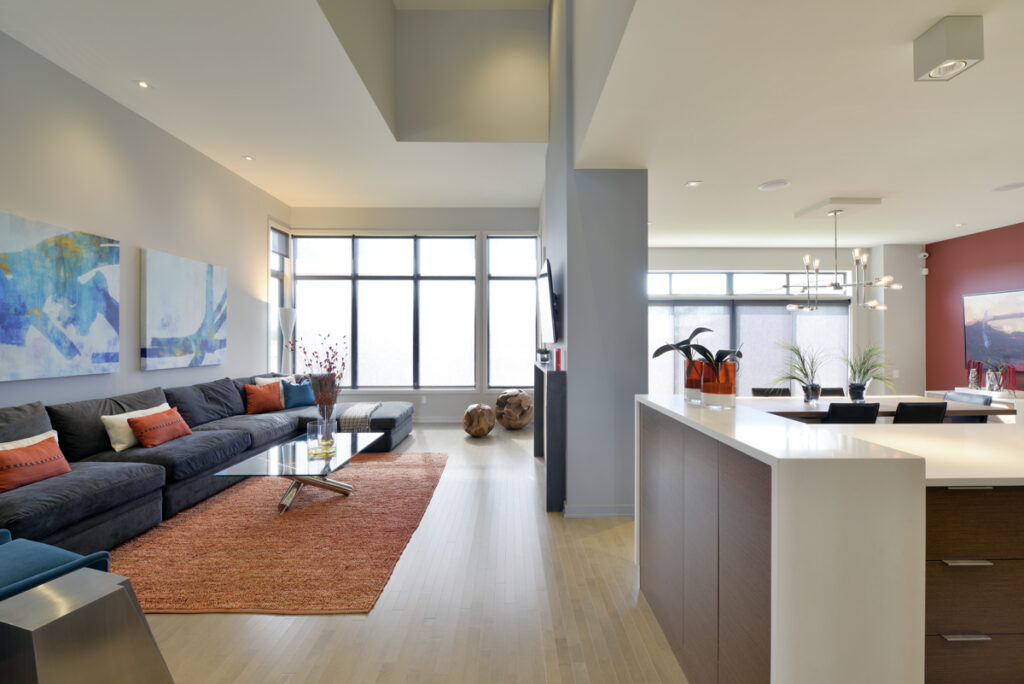 HN’s homes are designed by Simmonds Architecture and feature defined yet connected spaces with clean lines.

Three of the 11 lots in HN’s initial release included walkouts and all 11 lots were reserved on opening weekend. HN will ultimately sell 145 homes in this phase (67 townhomes and 78 singles). At the time of writing, prices started at $1,180,800 for a 1,662-sq.-ft. bungalow on a 44-foot lot (townhomes were not yet released).

HN had several hundred people register for this release. “It has been a great response,” says Vasi Jackson, HN’s communications and marketing co-ordinator.

The builder is bringing its existing portfolio of floor plans to The Pond at Kanata Lakes, with updated exterior colour packages from Simmonds Architecture, which has designed all of HN’s homes since the builder began in 2013.

There is also a new two-storey model inspired by its popular Kenson model. Called the Springhurst, the 2,890-square-foot home sits on a 44-foot lot and comes with four bedrooms, 2.5 bathrooms and 520 square feet of finished basement space. 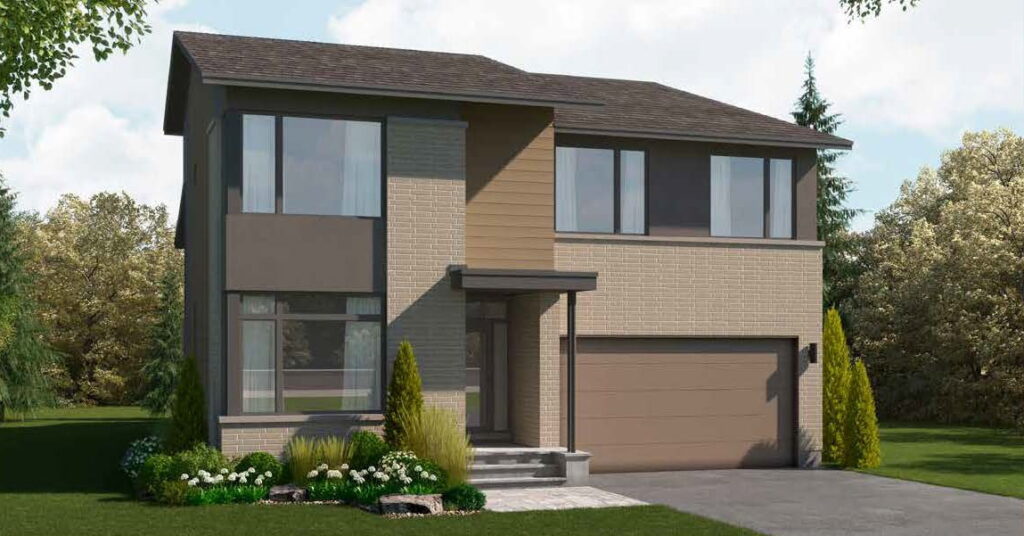 The Springhurst is a new floor plan from HN Homes inspired by its popular Kenson model.

“You don’t have to go through an extensive upgrade program,” says Georgaras. “We want to provide many of those features.”

Plus, the homes have no vinyl siding. Instead, exteriors are a mix of brick, fibre cement board and other natural materials, many with cedar soffits.

No vinyl here: HN’s homes are clad in a mix of brick, fibre cement board and other natural elements so that backyards can be ‘as appealing as the front,’ says HN president George Georgaras.

“We probably have as much brick on the back of our singles and our towns as many other builders have on the front,” says Georgaras. “And with your private amenity space being your backyard, you want to sit out in a yard (where the exterior of your home) is as appealing as the front.”

The development is surrounded by mature neighbourhoods and the wealth of amenities that Kanata has to offer.

“We know it is the best site in the city,” says Georgaras. “It has all of the check marks. It’s close to nature, it has the pathways, but it’s so close to all of the amenities as well. It has good schools in the neighbourhood… You’ve got the high-tech sector in the employment node — effectively Canada’s largest high-tech sector is a short bike ride or maybe a 15-minute walk from the site.”

Bellman adds that it’s “one of those projects that comes around only once in awhile… It’s like a live, work, play area. Everything is there.”

For more on The Pond at Kanata Lakes, see our development summary. 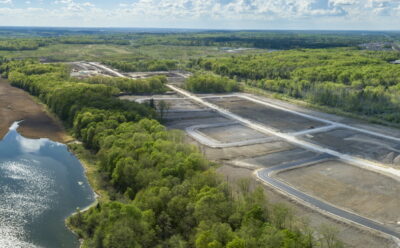