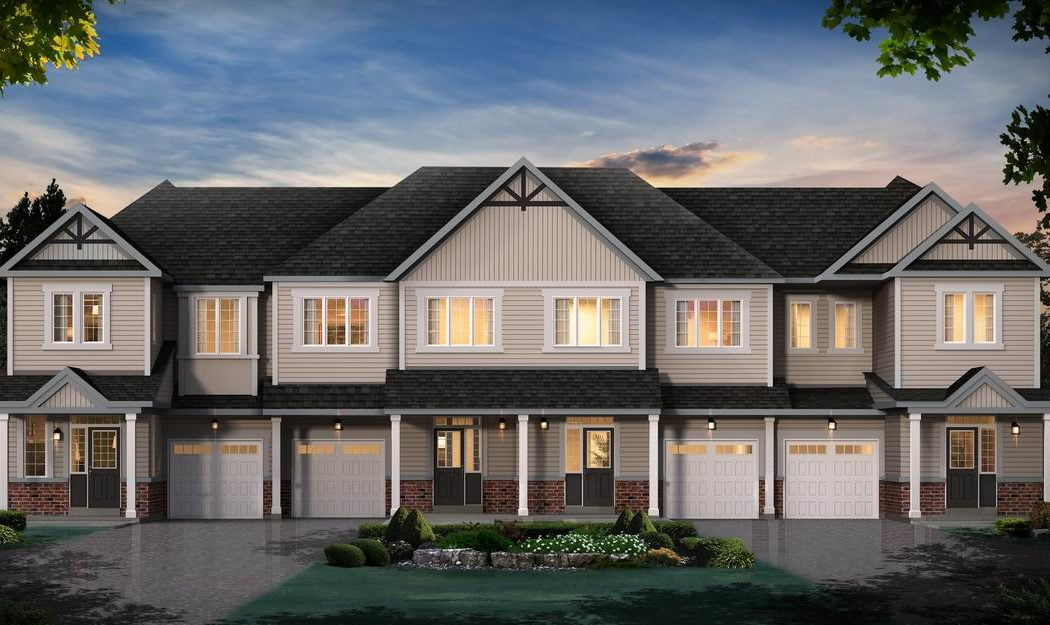 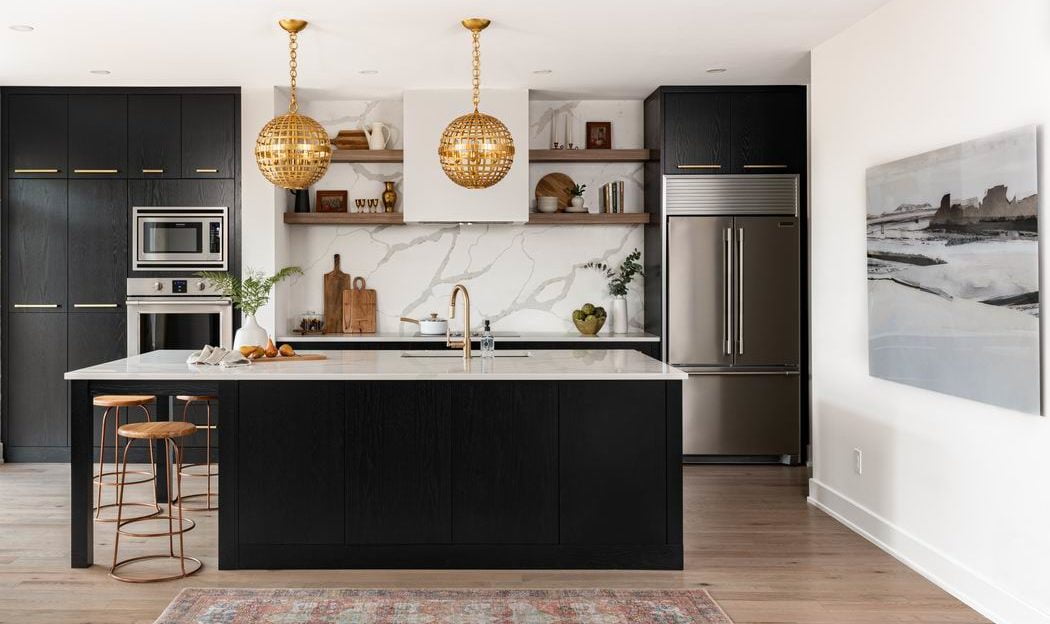 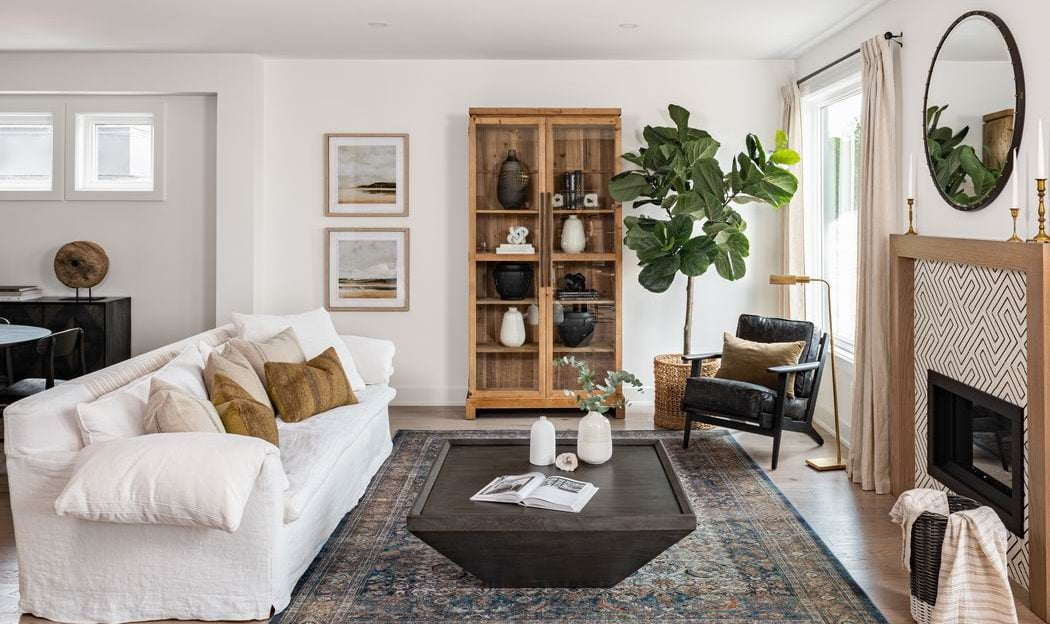 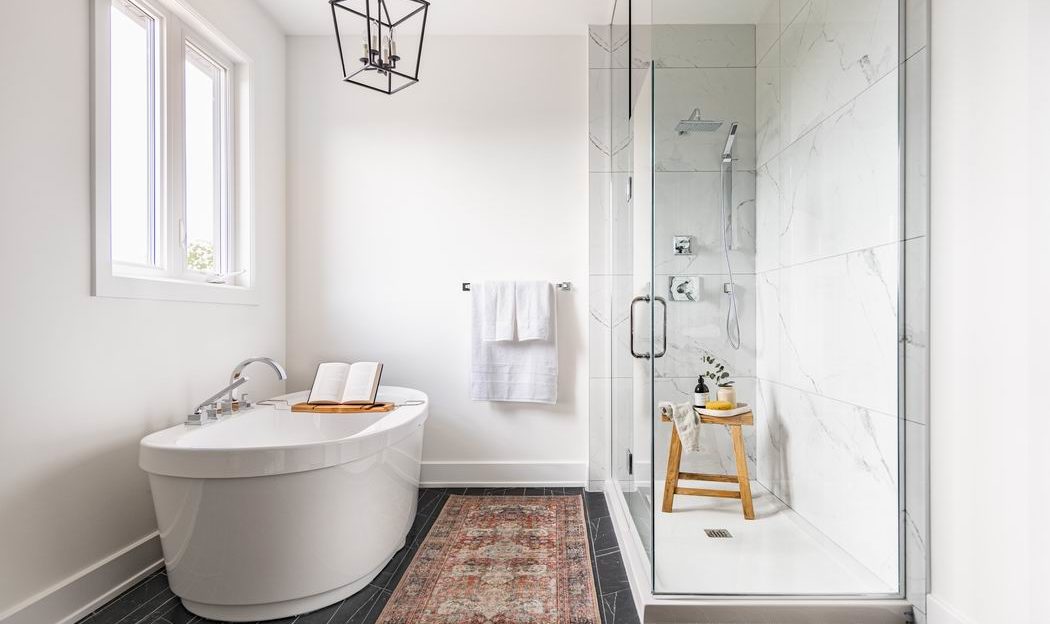 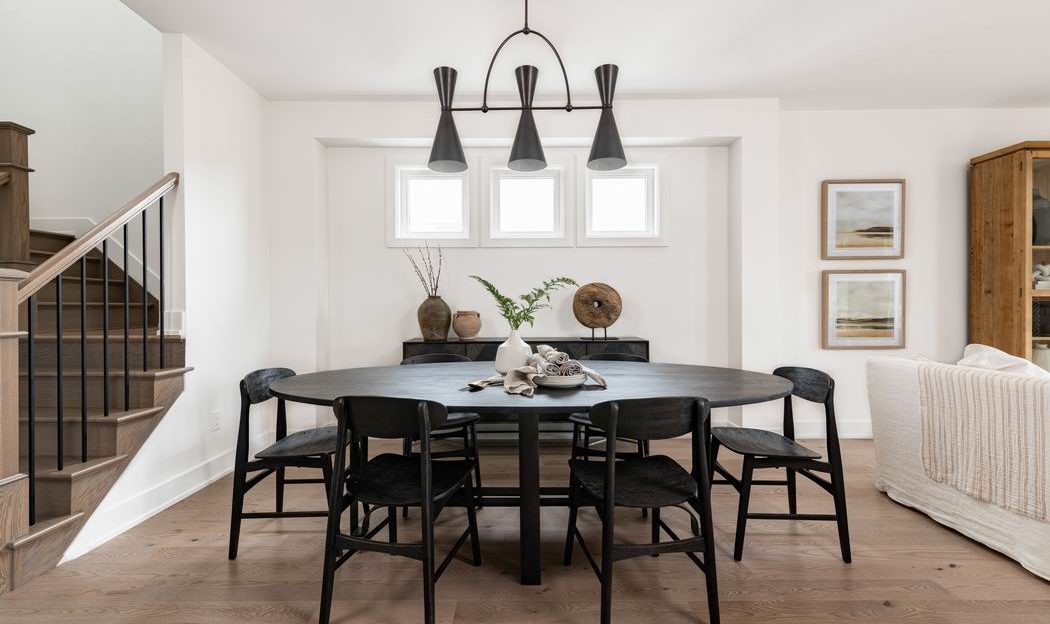 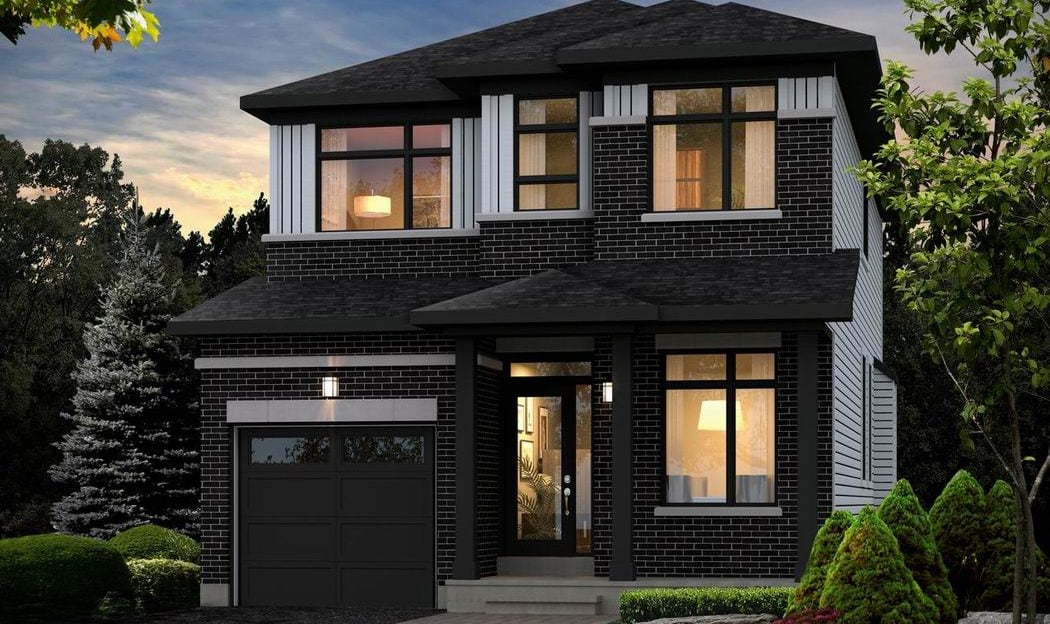 Just as Glenview Homes has done in naming its newest Barrhaven community Flagstaff, buyers Leah and Al Grandinetti are staking a claim at the fledgling development, going so far as to camp out for two days before the project launched last fall to be among the first to get their pick of townhome lots.

“For us it was all about putting our name on the map and planting our flag,” says Glenview managing director Jake Shabinsky in explaining the choice of Flagstaff for the community’s name. “It’s a fun, playful name and we’ve used that in our marketing materials to pull on the adventures of life and make your mark, find your place.”

Adds sales and marketing manager Mirjana Opat, with a laugh: “There’s a big flag there now.”

Shabinsky says Glenview doesn’t want Flagstaff “to be perceived as just another cookie-cutter community in Barrhaven, because it’s not.”

“We really wanted to purchase a home that was part of this Flagstaff release and Al decided he would do whatever it took to secure it, even if it meant taking time off work to sit in line for 46 hours,” says Leah. “I heard that Glenview is a smaller family-owned builder and that they prioritize quality over quantity, which was something that was really important to us.” 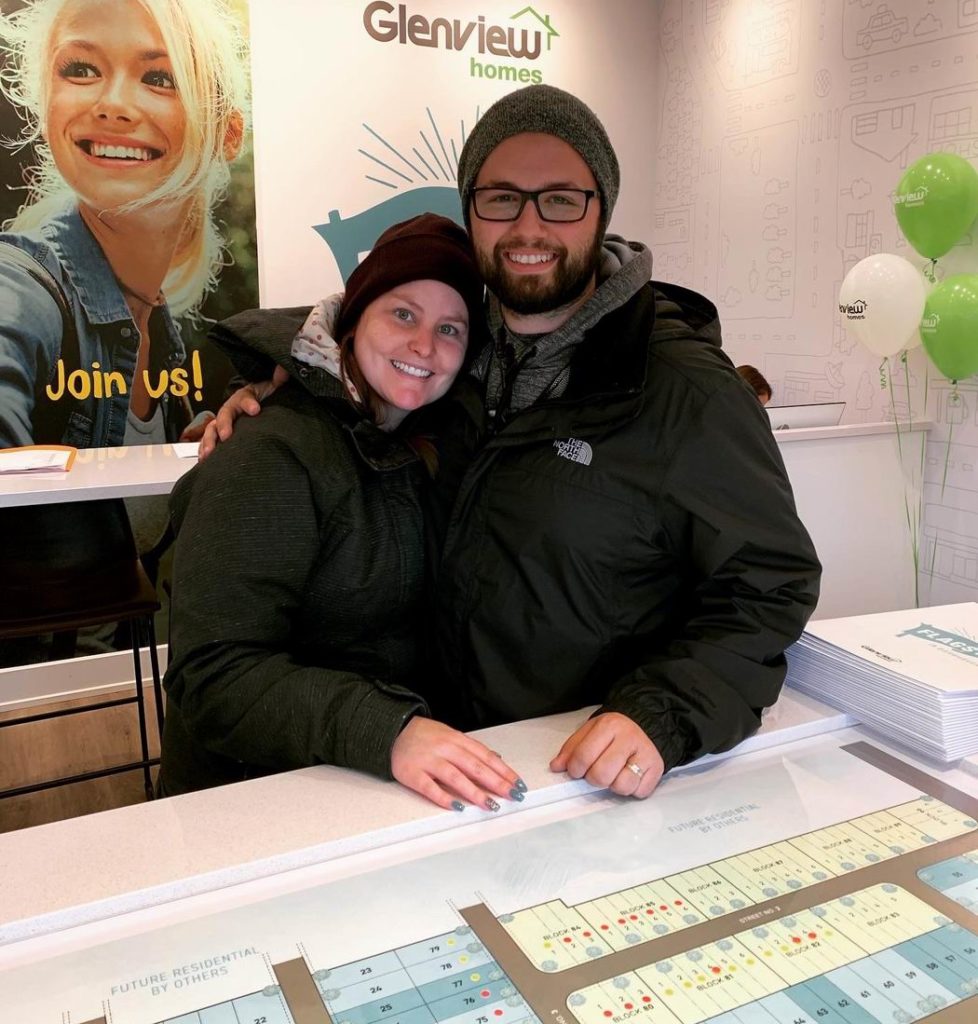 Leah and Al Grandinetti were the second buyers to purchase at Flagstaff, choosing a townhome on the lot they most wanted after lining up for two days.

Flagstaff is a development of about 200 homes on 50 acres near the Jock River and Borrisokane Road. Such was the demand for lots that the initial release of 36 singles and towns were snapped up on opening weekend at the end of October, after Al Grandinetti and others camped out for up to two days ahead of the launch.

The next release — on Jan. 25 — of a further 30 towns and singles is likely to be just as popular.

“We have people coming in every day who are interested… even though we have nothing currently available. I foresee them all being sold out, knock on wood,” says Opat, who already has a waiting list of some 100 potential buyers left over from opening day. 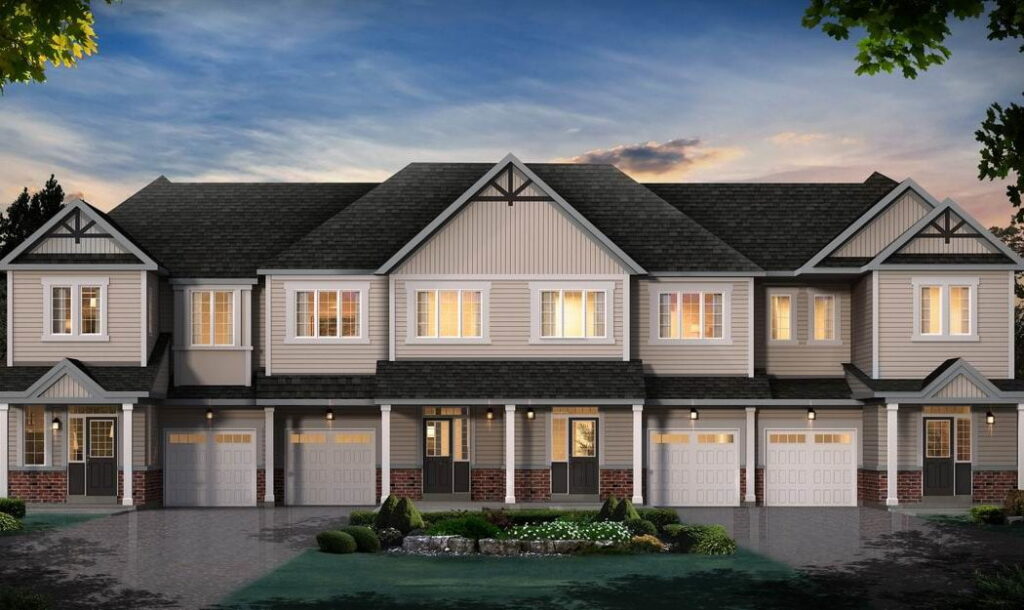 Glenview’s townhome lineup includes a new floor plan, the Magnolia, which can be either an interior or an end unit and comes with three or four bedrooms.

Townhomes in particular are a hot commodity in Ottawa’s sizzling housing market and it was the townhome lots that were the first to go, says Shabinsky.

“The townhome demand exceeded the single-family demand. Accordingly, we did release more townhomes, expecting that to be the case.”

But while Glenview could have easily released even more townhomes on opening weekend to meet the demand, “we wanted to set a firm limit,” he says. “Being a boutique builder, a smaller builder, it’s important to discipline our sales in any given year. So, we sold what we were comfortable with.”

Knowing that they wanted a townhome — they’re moving up from a two-bedroom condo they own in the area — the Grandinettis were warned by family and friends that camping out was the way to go to guarantee a lot.

“It was definitely an experience.”

“It was definitely an experience,” says Al. “It wasn’t as bad as I thought it was going to be, but then again I came prepared.” That meant lots of layers for warmth, a makeshift bed in the back of his parents’ truck, plenty of books and a power bank for his phone and iPad. Of course, Leah and other family and friends took turns keeping him company and bringing food.

“Once more people started showing up it started to become more exciting because you got out to talk to people and these people could be your potential neighbours,” he says. The only person ahead of him in line was another townhome purchaser who chose a lot in the block next to the Grandinettis and by the time the doors opened on launch day, there were some 40 people in line.

The Grandinettis chose the Elm, a three-bedroom townhome with almost 2,000 square feet, which is more than double the size of their 800-square-foot condo.

“Since we’ve been living in a condo, we honestly just can’t wait to have things like a backyard, finished basement, our own driveway, a lot more storage,” says Leah. “We’re pretty excited about it.”

Townhomes at Flagstaff range from 1,697 to 2,270 square feet, with either three or four bedrooms and finished basements. Singles are on either 30-foot or 36-foot lots, ranging from 2,034 to 3,099 square feet. All homes include finished basements, nine-foot ceilings on the main floor, 3¼-inch hardwood and air conditioning. Singles also include granite counters and smooth main-floor ceilings. 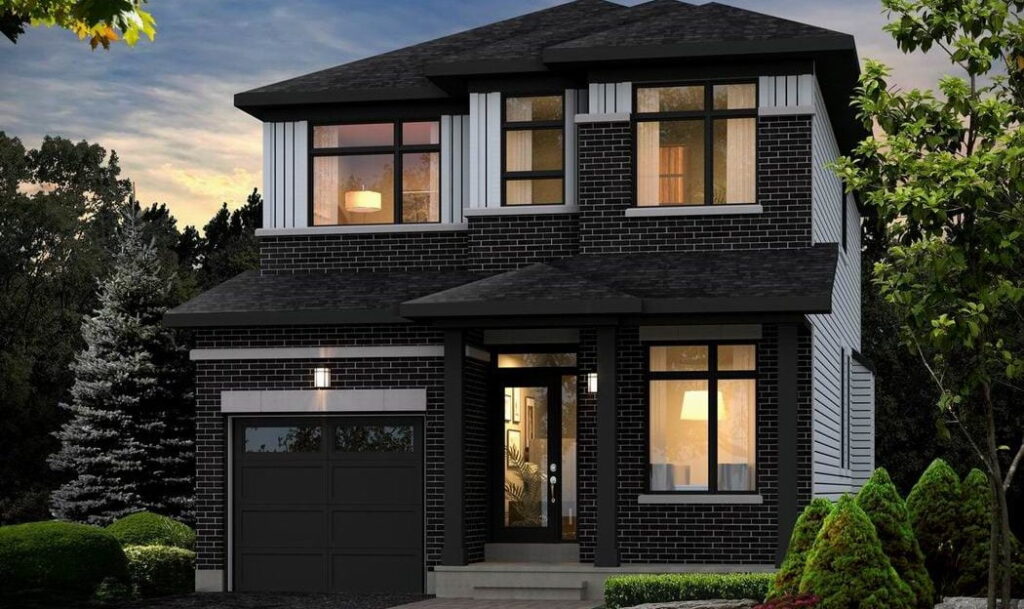 The Madison single is a new design being offered at Flagstaff. It offers three bedrooms, a single-car garage and 2,139 square feet.

Glenview is debuting two new floor plans at Flagstaff, a 30-foot single called the Madison and the Magnolia townhome. As well, the builder’s new contemporary elevations are now available for all singles and are proving to be popular, Shabinsky says.

“I live in Riverside South, just over the bridge, and we do all our shopping in Barrhaven, it’s a one-stop shop,” notes Opat.

Initial occupancy for the January release is expected to be May 2021.

For more information and up-to-date pricing, check our development profile for Flagstaff.

Ottawa had a record-breaking year in resales in 2019