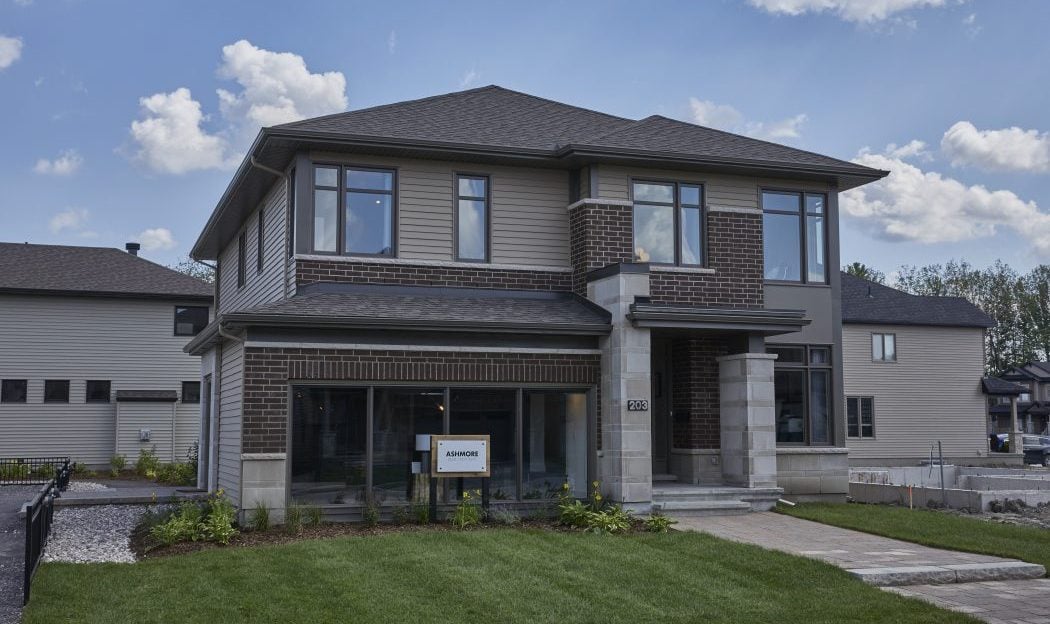 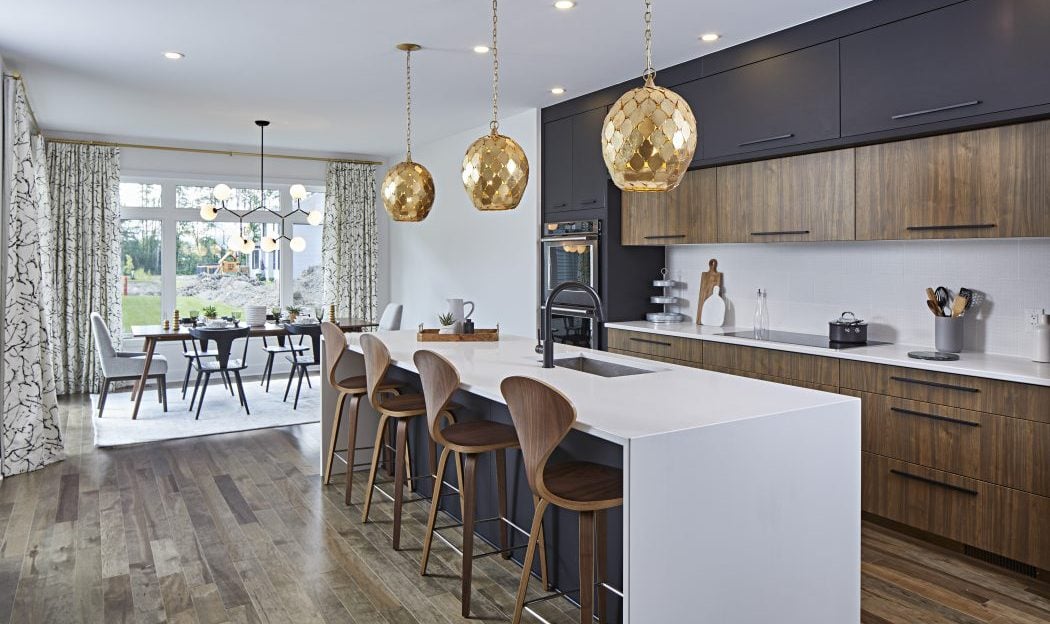 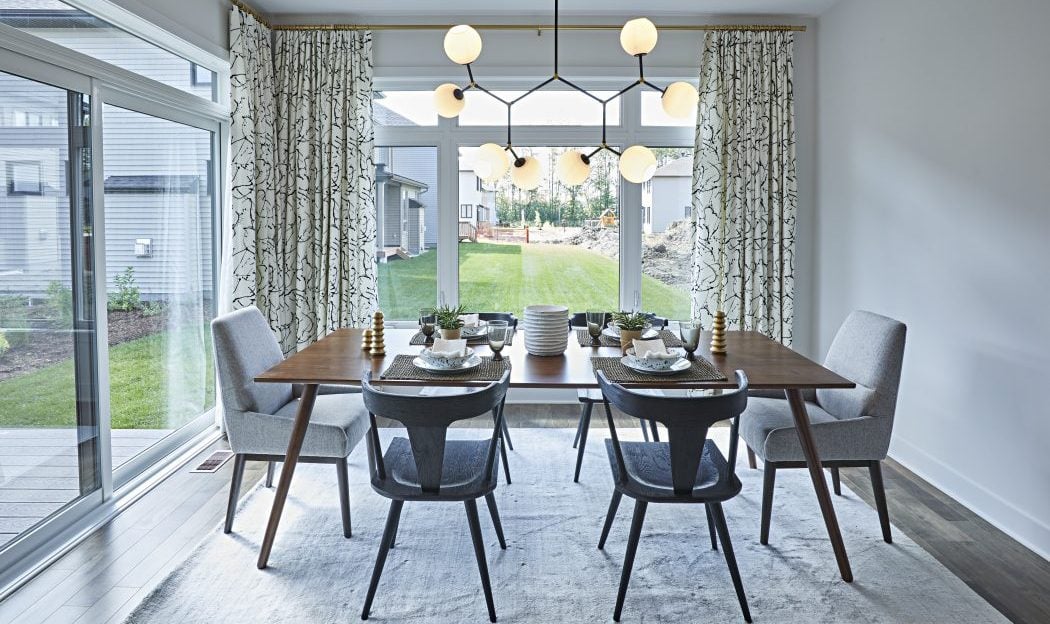 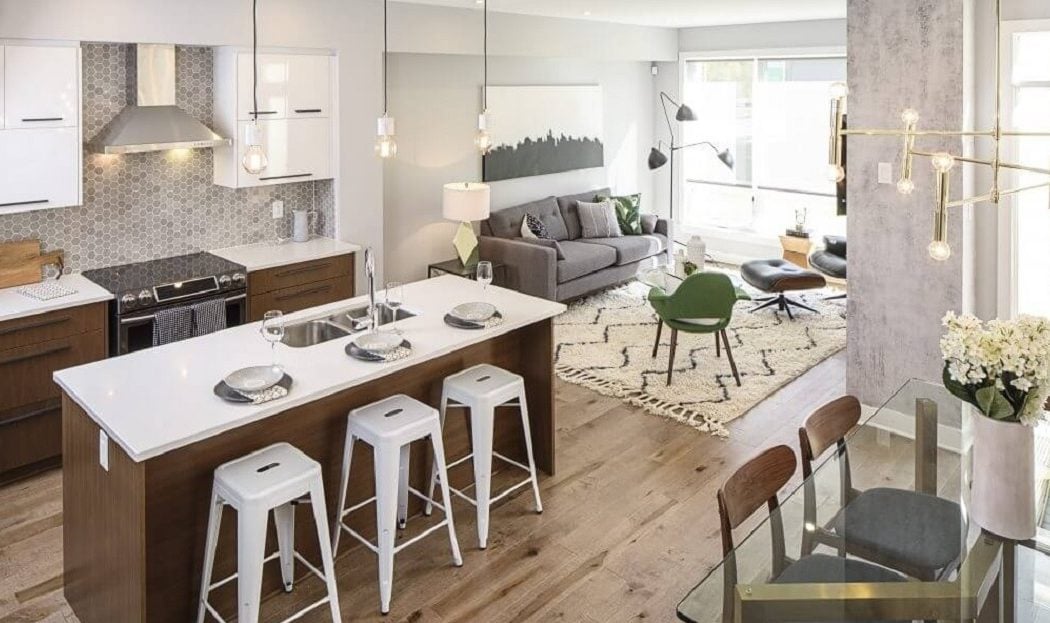 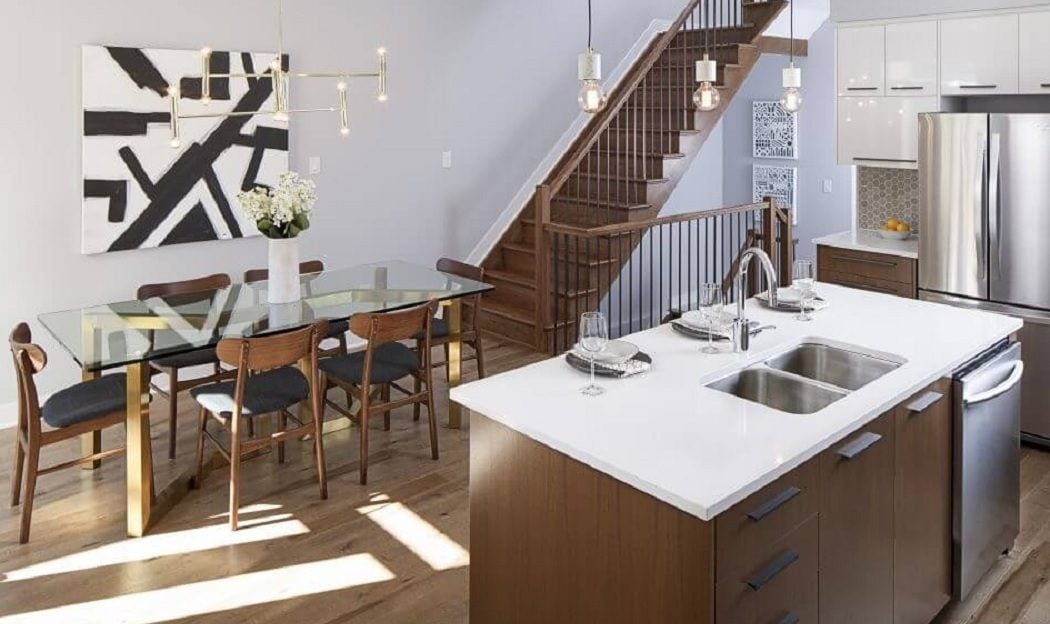 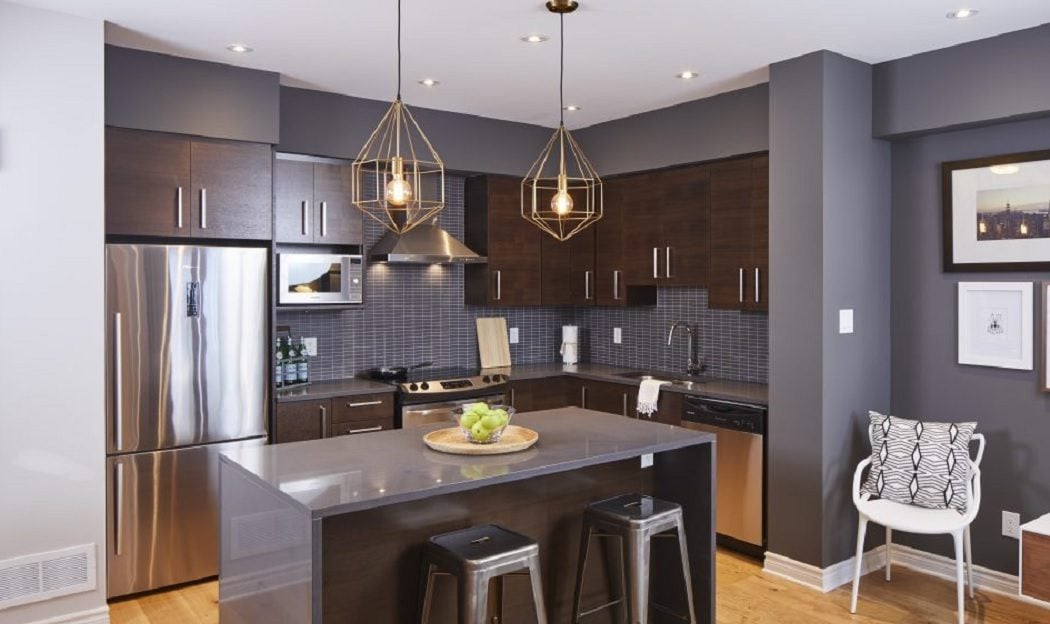 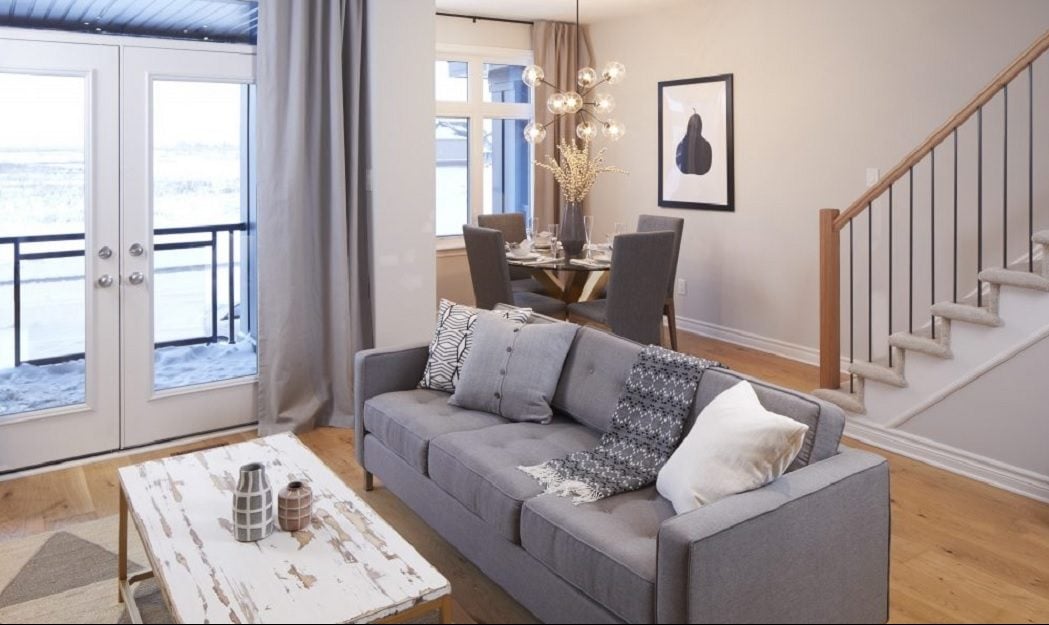 The Ashmore is part of Richcraft's Flynn x Richcraft line.
The Ashmore's award-winning kitchen with optional waterfall island.
Daylight floods the dining room in the Ashmore model home at Trailsedge.
The bright main living area of the Cobalt model home at Trailsedge.
Richcraft's Cobalt is an executive townhome that blends contemporary and traditional touches.
The Kitsilano urban town boasts style and efficient use of space.
The Kitsilano features a second-storey main living area.

Editor’s note: Since this story was published, The Kitsilano has been removed as a model home at Trailsedge and several other models have opened. For up-to-date information, see our Trailsedge models link at the bottom of this story.

A tour of three Trailsedge model homes in Orléans spotlights how Richcraft has created something for everyone in this growing community that will eventually reach 2,000 homes and commercial properties. There’s even a spot for renters.

Richcraft’s Trailsedge community features several other model homes in addition to the ones we toured.

At over 2,600 square feet, the contemporary-themed Ashmore is not only warm and welcoming, it carries the cachet of being part of Richcraft’s new Flynn x Richcraft series. That series is a collaboration between Richcraft and Ottawa architect Jason Flynn, who’s known for the clean lines and functionality of his modern, infill homes.

The three-bedroom single-family home is an open-concept design, but the main living space has been planned with an offset dining area so that it, the living room and the kitchen all feel like clearly defined spaces within a larger whole. It’s a clever solution to our wish for collectivity, privacy and variety in our homes.

The Ashmore is loaded with upgrades. They include a 10-foot island with a quartz waterfall counter and walk-in pantry with cabinetry and shelving in the kitchen. “People love the island, the cabinetry, the storage,” says site representative Debbie Legault.

Second-storey highlights include a large loft at the top of the stairs with generous windows and enough room for a sectional sofa, easy chair, television and even a desk. The loft can be converted to a fourth bedroom.

The master includes a walk-in closet cleverly concealed behind a false wall at the head of the bed. “That’s one of the biggest comments people make: how much they like that closet,” says Legault.

At the time of writing, the Ashmore started at $618,900 (prices change; for current information, see our development profile of Trailsedge).

The home has special appeal to young families and downsizers because of its affordability – it starts at $374,900 – and its functional layout, according to Legault. “Everybody loves the home,” she says.

Bulkheads help define the space on the main floor, where the upgraded kitchen is done up in contrasting white and brown cabinetry and includes a trio of trendy Edison-style pendant lights over the breakfast bar as well as a compact walk-in pantry.

The dining area comfortably seats six, there’s a television mounted over the fireplace in the living room, and light grey walls help unify the spaces.

The three-bedroom Cobalt has a spot on the second floor for a desk and chair, while the finished basement has a bathroom and a comfy television area with fireplace.

The 1,265-square-foot Kitsilano starts at a modest $290,900, making it ideal for a young couple or even a single professional who wants more space, community and connection with nature than you’d find in a downtown condo.

The main living area in the urban towns is on the second floor. In the case of the Kitsilano, that means a delightful “reveal” when you reach the top of the stairs and this area – kitchen, great room and dining alcove – suddenly appear.

The Kitsilano’s kitchen, which features upgrades such as a quartz waterfall island/breakfast bar and a stainless-steel chimney fan hood, is designed in dark greys for a quiet, urban feel.

There’s a balcony off the great room and upgraded hardwood flooring throughout the main living area.

The top storey houses the home’s two bedrooms, a bathroom, and a convenient stacked washer and dryer.

Trailsedge, which borders a woodland , has parks and is very close to either existing or intended schools. Shopping of all kinds is close by in Orléans, and the Queensway is readily accessible.