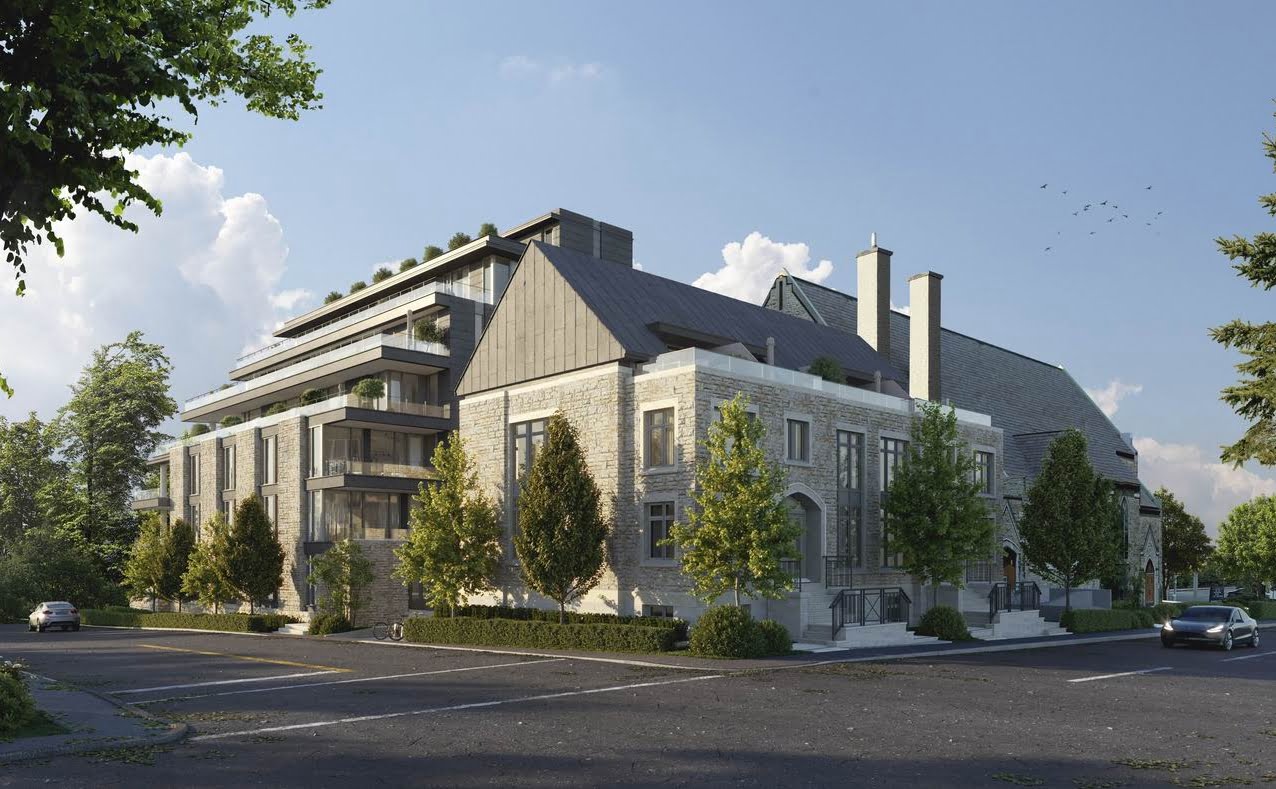 It’s always a balancing act introducing increased density into an existing neighbourhood. When that development also includes a well-known landmark and community hub, the challenge is even greater.

Such was the case for Southminster United Church in Old Ottawa South, which was in dire need of funds and was sitting on a jewel of a property on Bank Street next to the Rideau Canal. In 2015, Southminster brought in a firm called Urban Equation, the advisory arm of Windmill Developments, to explore the church’s options.

Several things were considered, including a collaboration with the Ottawa Jazz Festival that didn’t pan out, before the church and the developer opted to sever a portion of the property and build housing. An addition at the rear of the church that needed extensive repairs would be torn down, making room for a condo building hugging the back corner of the church, while the church basement would be renovated to accommodate most of the office and program space that had been in the addition. 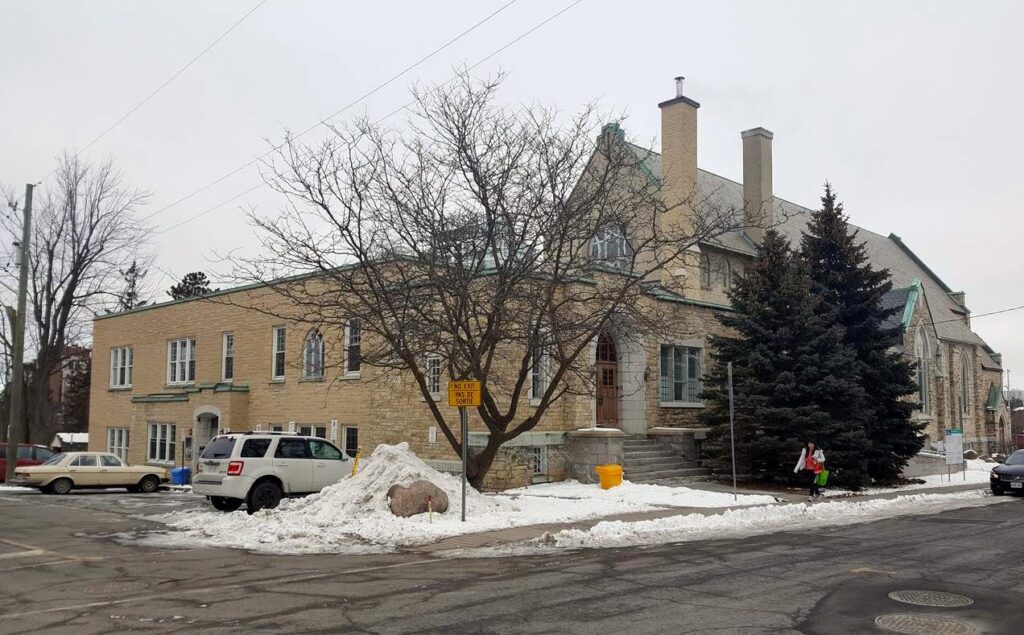 An addition in much need of repair will be demolished to make room for the condo building and townhomes.

Early proposals for the development met with resistance from the community, which was not fond of the planned big boxy building or the idea of adding a small commercial building at the front of the church on Bank Street.

But working with the community, the congregation and the team at Hobin Architecture, which came in part way through the process, the big boxy building morphed into a thoughtful high-end condo building and four townhomes that respect the church, the location and the desires of the community.

“This is a premier site attractive to an upper end client,” says Hobin founding partner Barry Hobin, who pushed for the change. “It is also a very sensitive site in terms of impacts on neighbours. So, the fewer the units, the better.”

Adds Windmill CEO Jonathan Westeinde: “We took a leap of faith and designed less units but a much higher price point that could still make the whole equation work.” 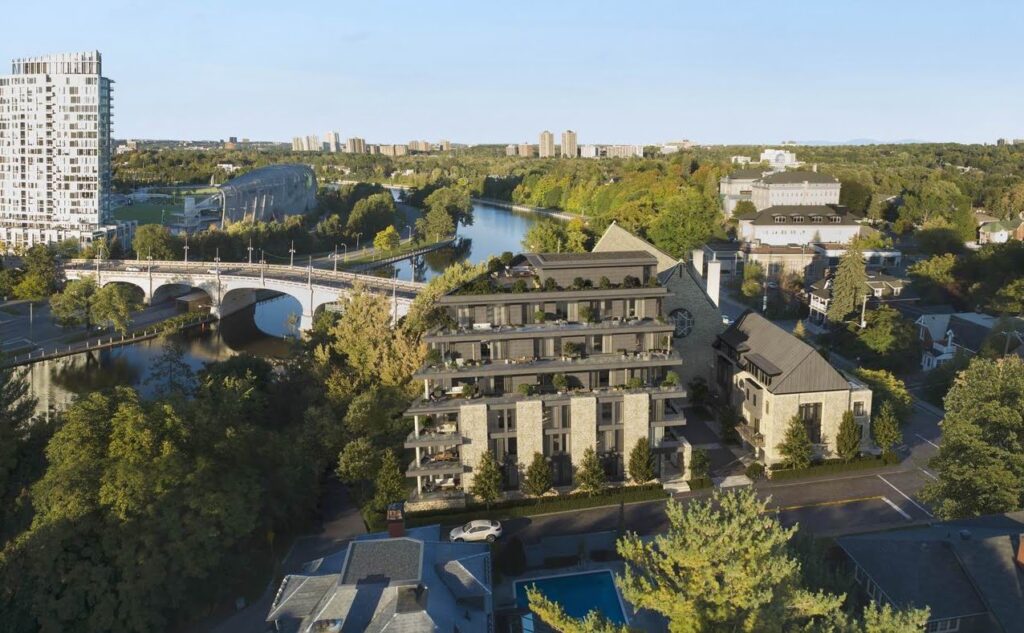 Stone Abbey will overlook the Rideau Canal next to the Bank Street Bridge. Photo: Courtesy PUREBLINK for Windmill Development Group

Called Stone Abbey, the project launched quietly in November and by Christmas more than half of the 18 units were either sold or reserved. So far, says sales representative Irina Popova of Blue Panda Realty, most buyers are from the neighbourhood, which is starved for downsizing options.

Such was the case for Doug and Jackie Stickley. They first moved to Old Ottawa South more than 30 years ago when their kids were young, and they love their century-old home. But they no longer need all the space — or the upkeep — of a family home.

Wanting to stay in the area, they watched the progress of the Southminster project with keen interest and decided well before reaching out to Windmill to reserve a unit a year ago that this is where they wanted to move.

“We realized how well it would work for us,” says Jackie. “We know what the area has to offer, so location was the biggest factor. We love our neighbours, and we have friends close by. The concerts at Southminster, the Mayfair Theatre, the old firehall community centre and the library are all part of our world. The range of amenities on Bank Street, both here and over the bridge in the Glebe, mean that a trip to the shops or the pub can be done on foot.” 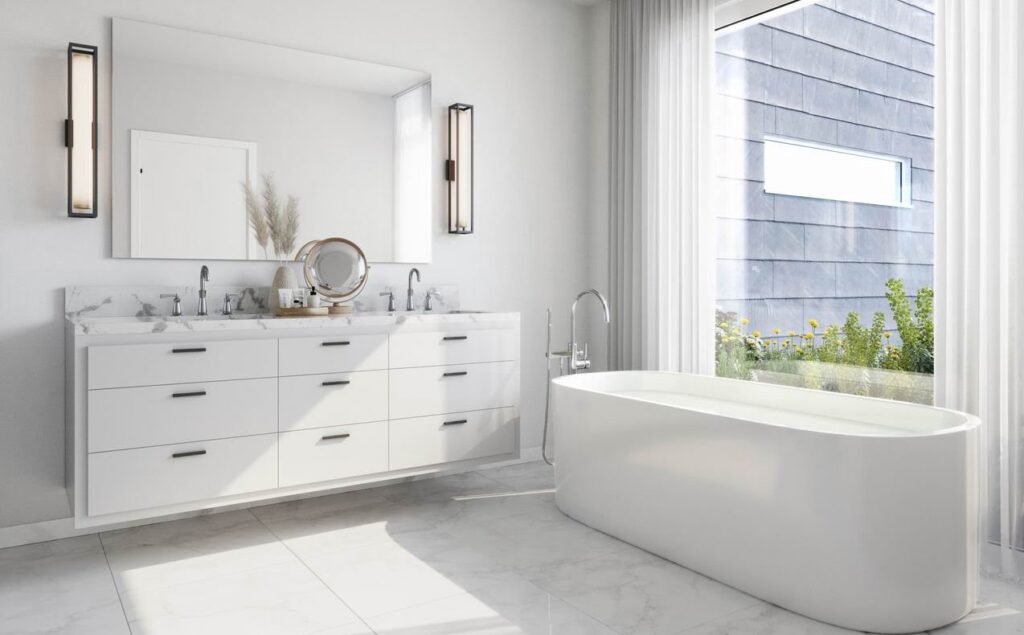 A palette of finishes is offered, but there’s flexibility to customize. Photo: Courtesy PUREBLINK for Windmill Development Group

Both retired, they’re buying a two-bedroom plus den with 1,750 square feet, about half of their current 3,000-square-foot home, which will still give them enough space for Sunday dinners and overnight guests, she says.

A bonus is the project’s green features, a signature of Windmill Developments. The building is targeting LEED Platinum certification, which will make it very energy efficient, finishes are low-VOC (volatile organic compounds) for improved air quality, heating and cooling will be geo-thermal with some solar panels on the roof, each unit will have a heat recovery ventilator or energy recovery ventilator with individual controls for greater comfort, and there is optional electric vehicle charging.

The building is six storeys, with a rooftop terrace coming in just below the highest point of the church. To keep it from feeling imposing for the surrounding neighbours, the upper floors are gradually stepped back, a move that also creates the opportunity for generous terraces.

The property is surrounded on three sides by streets — Bank at the front and the residential Aylmer Avenue and Galt Street on the side and rear — with the canal and Echo Drive down an escarpment making up the fourth side.

“Very different streetscape conditions and having to knit a new form into the landscape with the appropriate density was the biggest challenge for this property,” says architect Rheal Labelle, who worked with Hobin on the project.

Facing Bank Street, there will be little indication of a development behind the church, except to those approaching it from the Bank Street Bridge, where the condo building will be visible through the trees along Echo and the canal. 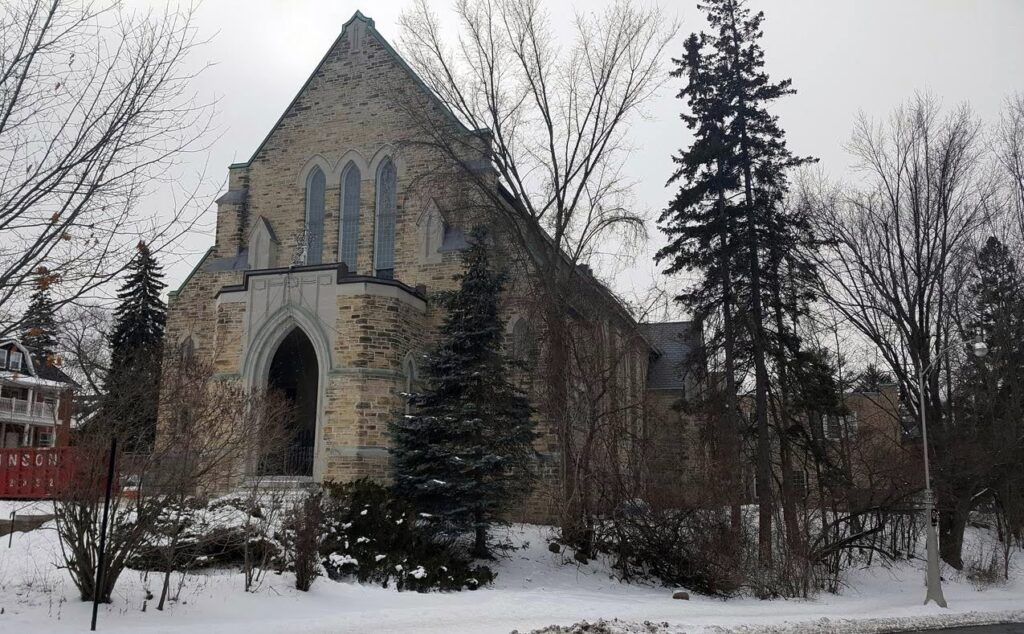 The church will continue to be the dominant feature of the site, although the condo building will be visible behind it on the right.

Along Aylmer, which runs off Bank, the addition that’s to be torn down at the back of the church will be replaced by a row of four townhomes. They’re designed as a modern interpretation of the church’s esthetic, Labelle says, and will make a more scaled transition to the homes across the street.

The condo building will sit behind the townhomes and back of the church, wrapping around the northwest corner to take advantage of the canal views.

‘A lot of building articulation’

“It’s a six-storey building, but there’s a lot of building articulation and moves that have gone into creating a three-storey edge that reflects the scale of the neighbourhood,” says Labelle.

The exterior is expected to be a combination of stone, zinc metal panelling and glass. “The end result is very complementary to what exists there today without replicating its style,” he says.

Adds Westeinde: “There was always going to be a requirement of tying in esthetically to the church.”

Inside, units range from one bedroom to the three-bedroom penthouse with den and from 730 to 3,655 square feet. Amenities are limited, given the size of the building, but include the rooftop terrace overlooking the canal, which offers gardening plots for residents, and underground parking, part of it an automated stacking system, something Windmill first introduced to Ottawa at The Eddy condo building in Hintonburg. 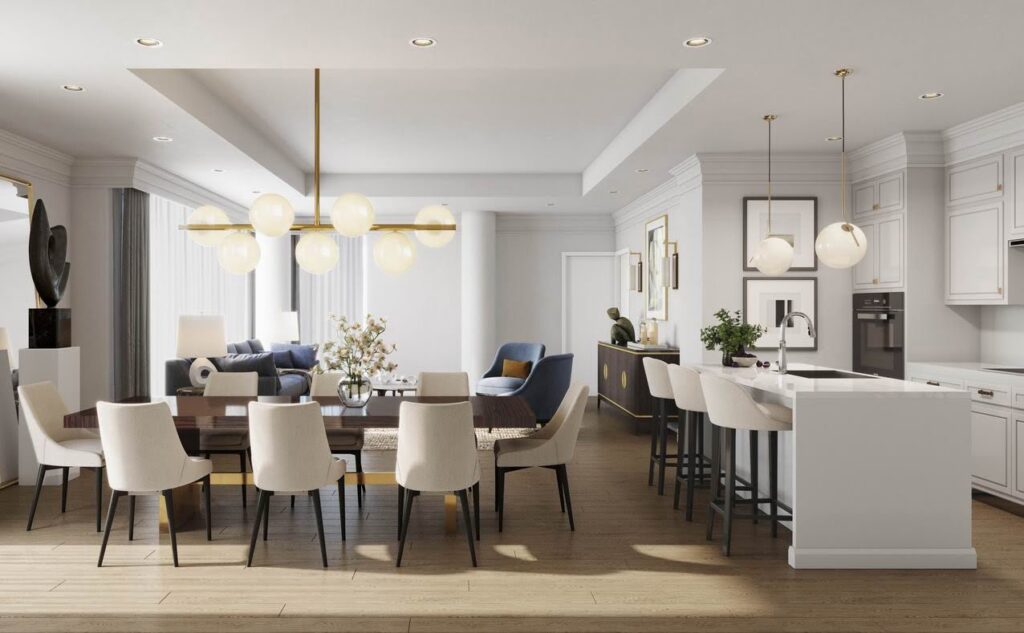 Unit interiors have been designed by Michael London Design, who earlier worked under the Brian Gluckstein brand to design interiors for the luxury 1451 Wellington building. “There’s sort of a minimalist and a more traditional approach” to the designs, says Westeinde, although Popova notes there is the ability to customize.

The townhomes have not yet been released but are expected to be available in a month or two.

Windmill hopes to break ground in the spring, once renovations to the church basement are complete and the addition can be demolished. Initial occupancy is slated for the final quarter of 2022.

As for the continuing operation of the church, “this buys us decades for sure,” says co-treasurer Andrew Brewin, who was also chair of the redevelopment committee. “This isn’t the only answer to our (funding) questions from now until the next 100 years. But it does give us a lot of breathing space.”

For more information and current pricing, check out our Stone Abbey development profile.