ADVERTISEMENT
»New Homes»Articles»Up, in and out: Growth means Ottawa housing is changing

Up, in and out: Growth means Ottawa housing is changing 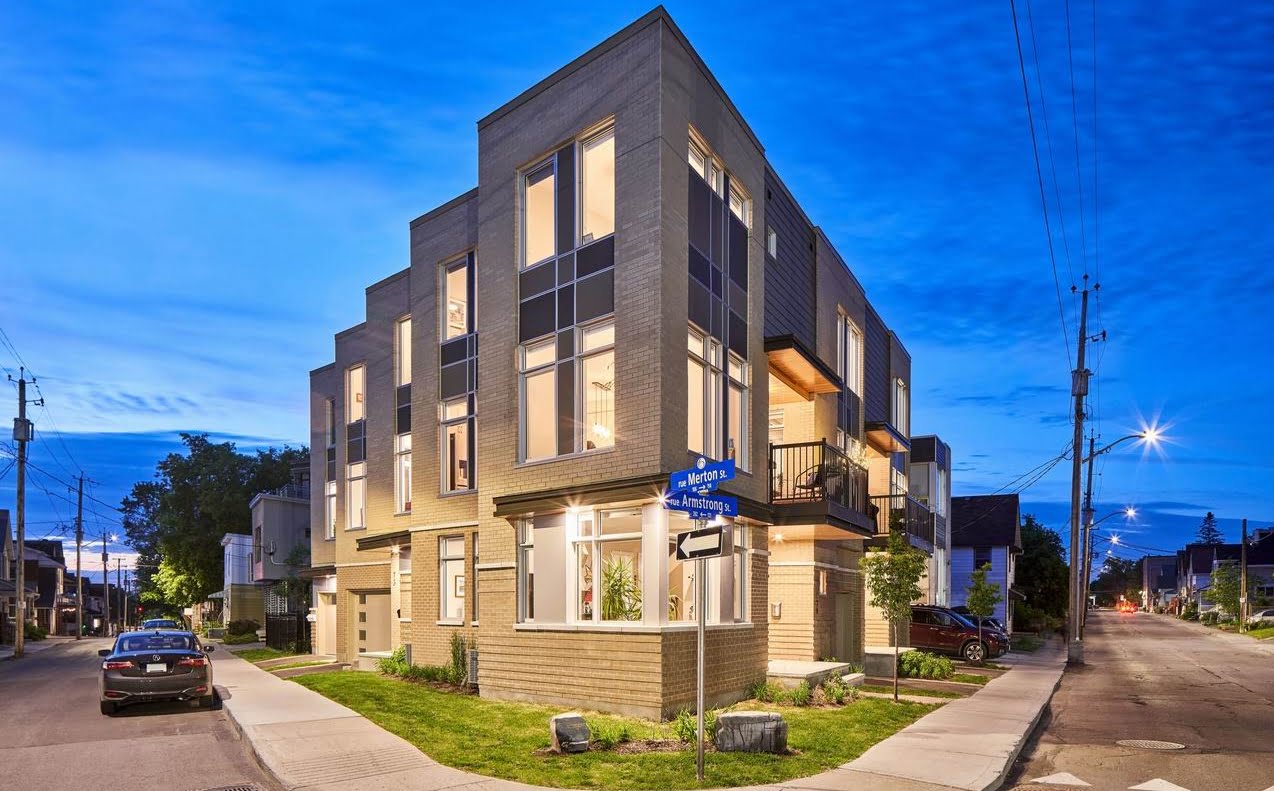 The city expects to see the most intensification through redevelopment of lots that had contained single-family homes to ones with multiple units.

The housing landscape for Ottawa is changing. This is due primarily to the incredible increase in population Ottawa has seen over the past number of years, and expects to continue to see for another generation — from one million residents today to 1.4 million in 2046 (an increase of 40 per cent over 25 years).

To provide sufficient housing for the sheer number of people we’re expecting, Ottawa needs to grow up, in and out:

And, to be clear, Ottawa needs to increase its housing supply through all three methods for growth in order to provide enough homes for our increasing population. The challenge will be to do all this and keep housing affordability as a top priority and one of our city’s key competitive advantages over larger cities like Toronto and Montreal.

The forces that direct where housing is going to go and how dense it’ll be are a mix of market-demand and growth planning, which is happening now with the city’s draft Official Plan that just completed a public consultation period, with a second draft to be considered in September.

In total, we need to build 195,000 new homes by 2046. The details in the draft Official Plan are subject to change based on the public feedback received, but let’s look at each method for growth in turn and see how housing options are expected to evolve over the next 25 years.

Ottawa housing is changing: Growing up 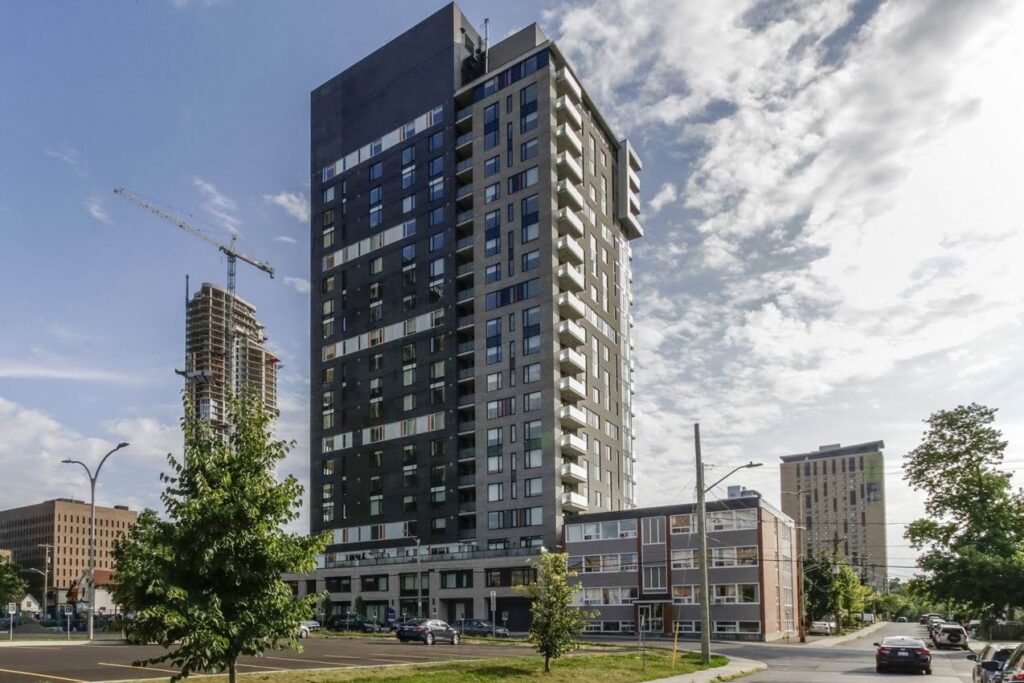 Ottawa will get a lot taller as the city’s draft Official Plan calls for 35,000 apartments near transit hubs.

Ottawa is going to get taller, especially around major transit stations for both the LRT (Light Rail Transit) and BRT (bus rapid transit) and along commercial main streets.

In the draft Official Plan, the city is targeting to have 35,000 one- and two-bedroom apartments built within walking distance of a transit station, so the average LRT station is eventually going to have multiple high-rise (12 storeys and up) buildings surrounding it.

These higher heights and densities are expected to support a move to living car-free, with more complete neighbourhoods featuring daily and weekly amenities within walking distance.

Main streets across the city are also expected to see higher residential buildings — in the four- to six-storey range on average — with similar one- to two-bedroom apartments, as the city encourages some neighbourhoods to evolve into 15-minute communities. These 15-minute communities are also intended to be more complete with a full range of amenities within a 15-minute walking distance.

Ottawa housing is changing: Growing in 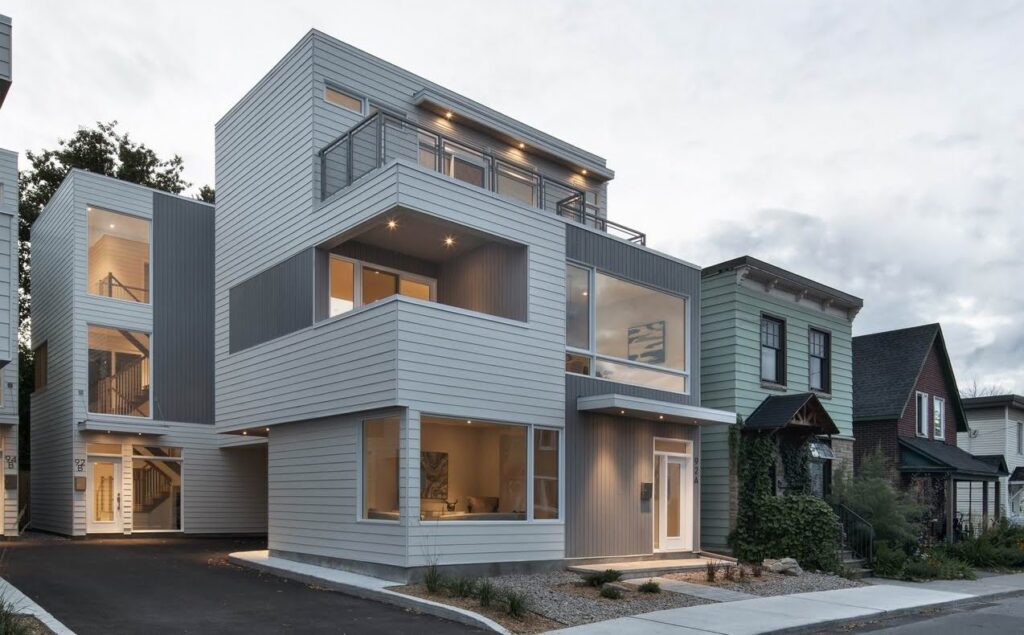 In order to accommodate our population growth, City of Ottawa planners are expecting more Ottawa residents to live a more urban lifestyle, which is reflected not only in taller buildings and more apartments but also in smaller, more densely packed homes in existing neighbourhoods.

The redevelopment of lots that currently have single-family homes to ones with multi-family homes is where the city expects to see most of its intensification occur. Some 45,000 new homes in multi-unit buildings, many with three bedrooms, are expected to be created this way.

This will range from singles that get redone with added accessory suites, to “long” semi-detached homes with basement apartments, to the city-styled “613 flats,” which, to oversimplify, consider cutting a standard single-family home on any given street into between three and six homes. While these are meant to be built on a traditional single-detached-sized lot, they will take up more space on that lot than a single-detached house, and some of that lost rear yard space may be found with decks and rooftop patios.

It’s this type of intensification that is going to require the biggest culture change for Ottawa.

Ottawa housing is changing: Growing out 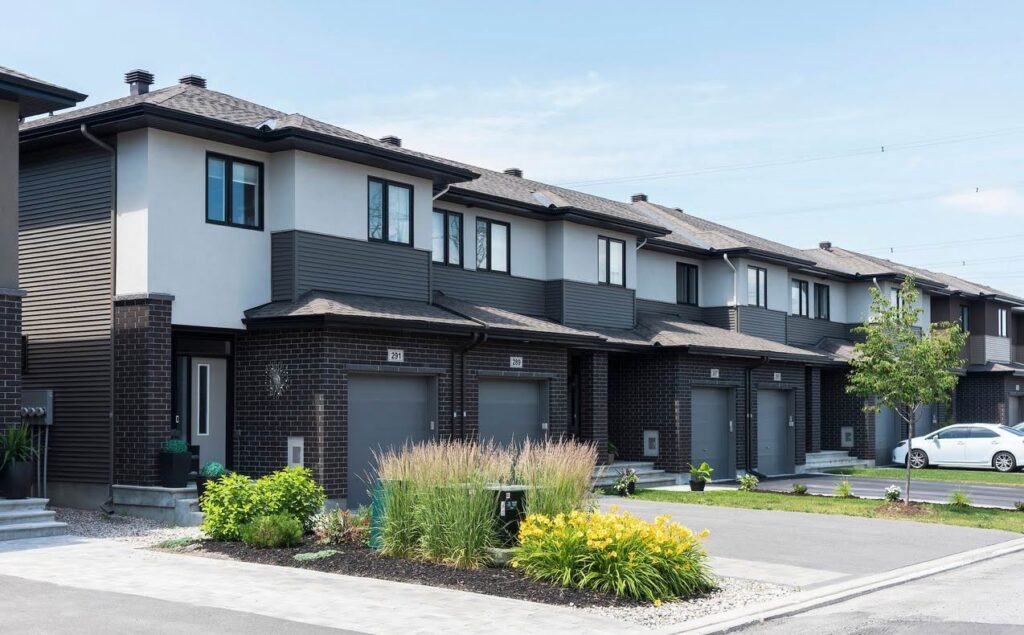 Suburbs will become more compact and feature a variety of housing styles.

The suburbs are not immune to market pressures. As anyone who has ventured beyond the Greenbelt can tell you, suburban housing is increasingly compact, and more and more predominately features a variety of housing types — singles, for sure, but row homes, stacked and back-to-back townhomes are providing similar density in housing you find elsewhere in the city. Areas around transit stations and along commercial main streets are also going to see taller buildings.

The city is also looking for new communities moving forward to be built as 15-minute communities from the ground up.

Over the course of the next 25 years, suburban communities are still going to be critical to providing housing affordability for Ottawans and providing almost half of the homes needed for our growing population.

Putting it all together

More people mean more homes. Moving forward, the city’s plan is for a growing proportion of the population to live in an urban setting, where the size of the average home is smaller, there are more multi-family buildings, and there is more use of public space.

The development of rental apartment buildings has increased in the city, but it is hard to predict the tenure for the smaller multi-family buildings the city envisions as fulfilling the “missing middle” housing need in the city.

The one thing that seems a certainty is that the absolute number of single-family homes inside the Greenbelt will actually go down, and the price for such homes (or the land they sit on) is going to continue to go up. This could cause a domino effect on affordability for ground-oriented units inside the Greenbelt, through the suburbs and beyond.

It’s extremely difficult to know if COVID-19 will have a long-lasting effect on buying habits, and whether it’ll still be a factor for people who are purchasing homes two, five or 10 years down the road.

In the end, people are going to continue to do what they have always done — balance their housing needs with their wants, their budgets, and the lifestyle associated with different types of homes in different areas of the city.

More from Jason Burggraaf
Get regular updates on our latest articles

Jason Burggraaf is the executive director of the Greater Ottawa Home Builders’ Association, which is the voice of Ottawa’s housing industry.