Urbandale launches The Creek in Kemptville 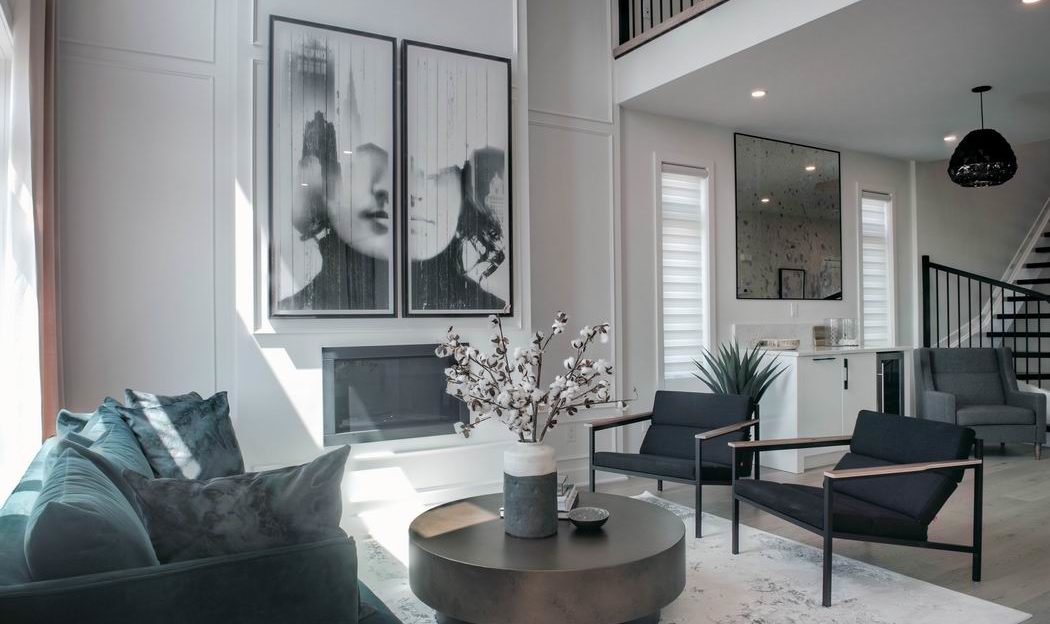 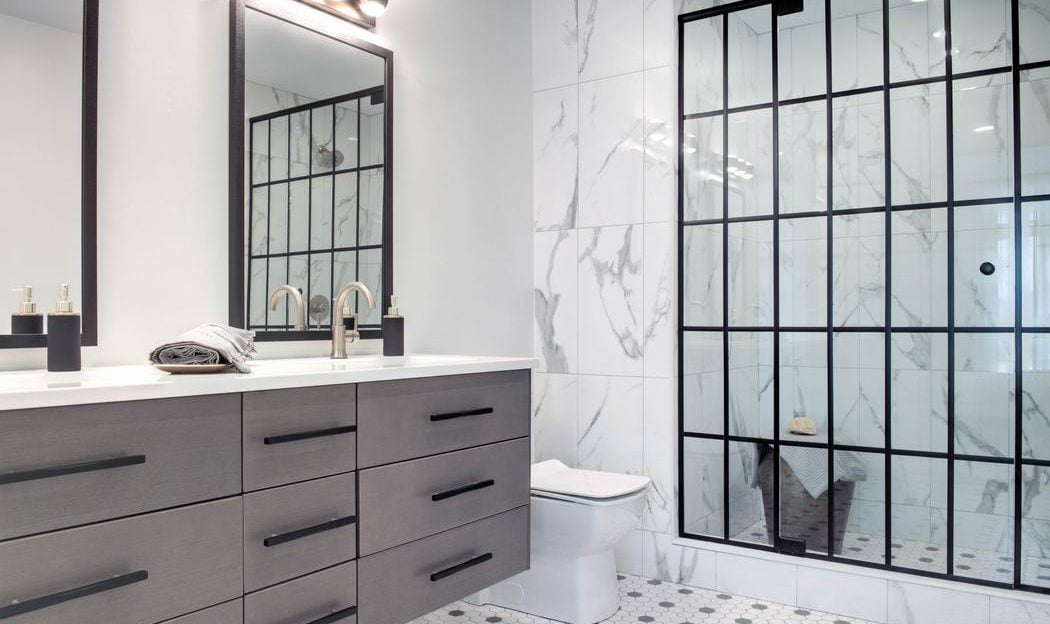 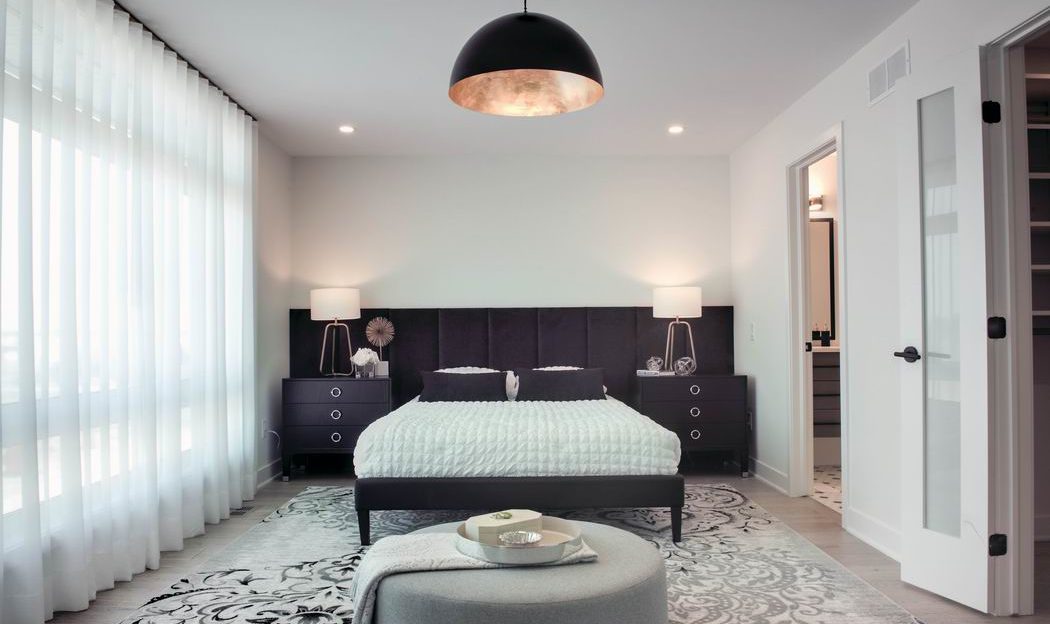 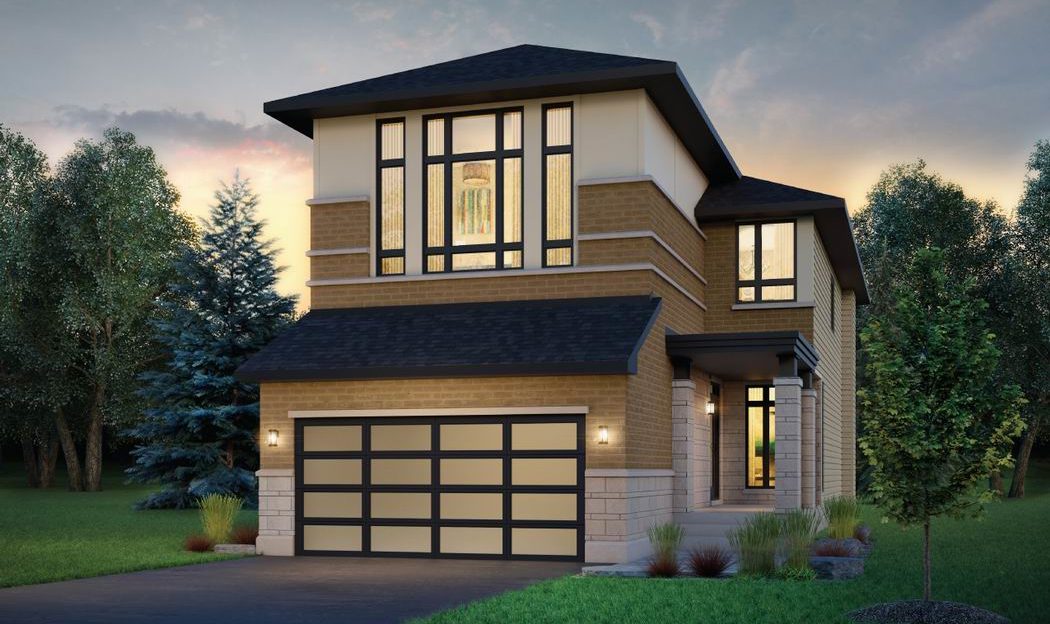 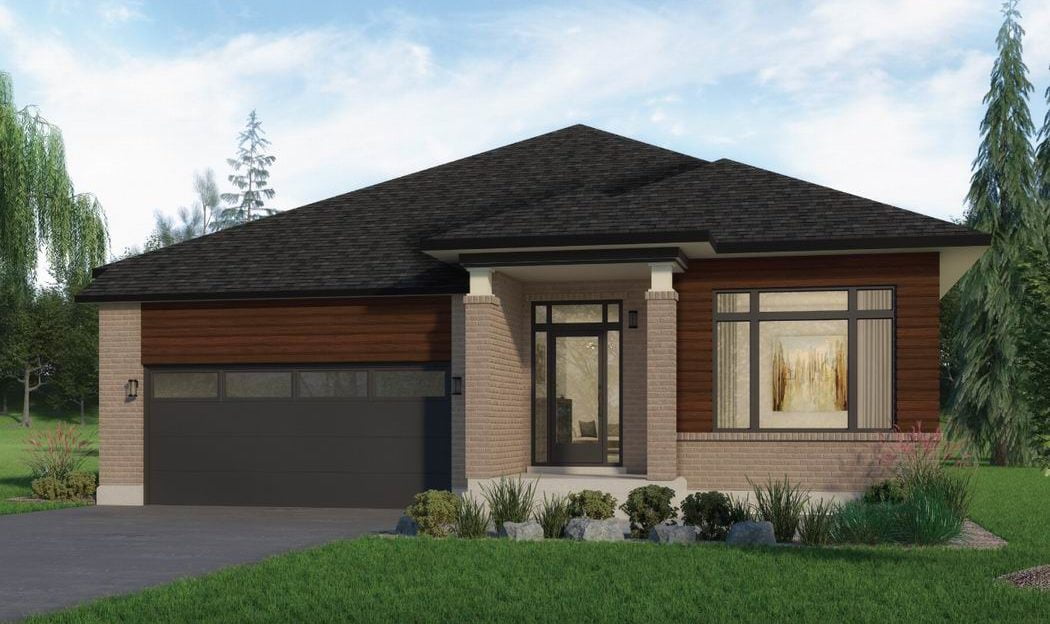 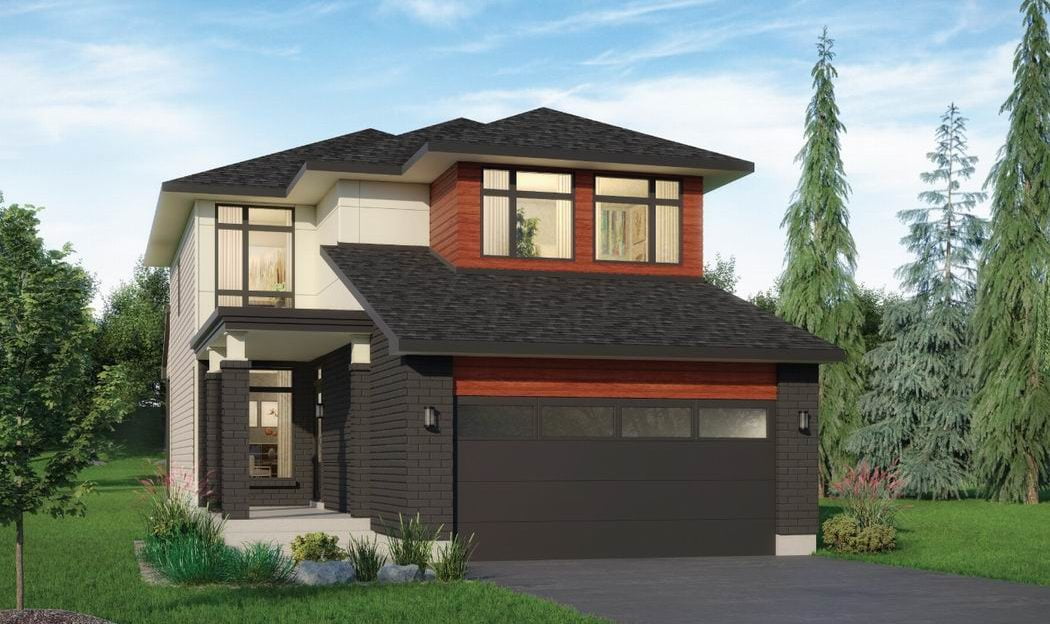 Urbandale's Astoria Horizon is 2,343 square feet.
The two-bedroom Sandy Cove is part of Urbandale's Pacific series.
The Aberdeen is a three-bedroom, 2,102-square-foot home.

A project that was initially launched under the radar in November is set to make a splash as Urbandale Construction returns to Kemptville with the full launch of The Creek.

The 27-acre development will see a mix of 190 contemporary townhomes, two-storey singles and bungalows between Kemptville Creek and Rideau River Road at County Road 43.

“It’s a nice little enclave of wonderful homes with that small-town feel yet access to all of the amenities you’d want,” says Urbandale general manager Dwayne Hartle.

The Creek marks Urbandale’s return to Kemptville after selling out of its adult-lifestyle Country Walk last year. And it makes the builder just one of two large builders selling in the popular North Grenville town 58 kilometres south of downtown Ottawa, with the other being eQ Homes at eQuinelle.

As an enclave, there are no through streets, meaning anyone in the community will be there because they live there, and the project boasts several lots backing onto green space for “a real nice feel, relaxed atmosphere,” says Hartle. “Kids can play stick hockey in the street.” 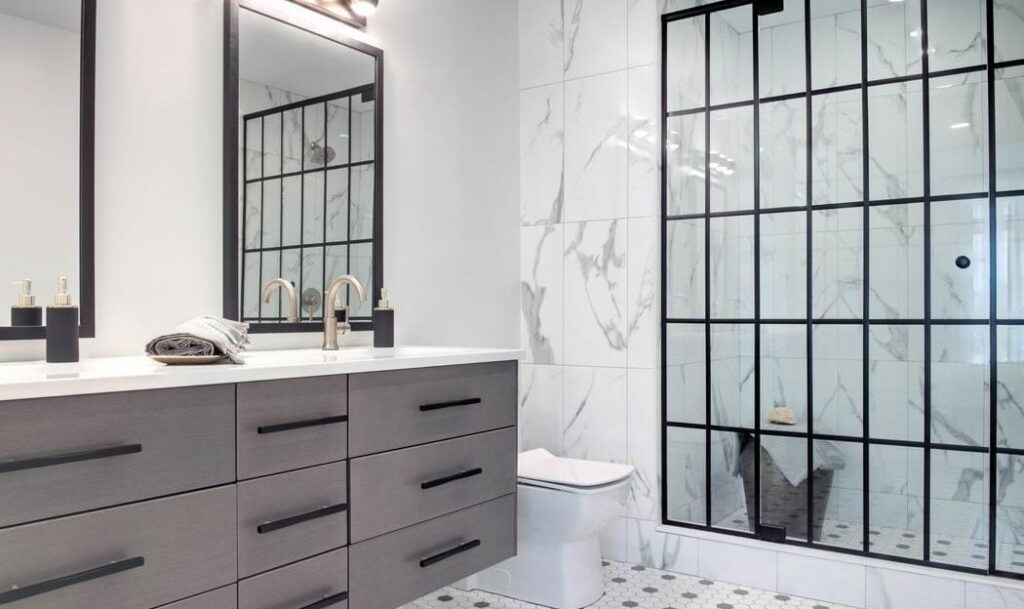 Residents will also have direct access to the creek, notes marketing communications manager Melissa Boudreau. “There’ll be a walking path down to a green space that’s right on Kemptville Creek… So, if you’re someone who enjoys paddling sports at all, it’s fantastic.”

At the same time, the development is close to Kemptville’s amenities. Kemptville Colonnade Retail Centre, a collection of big box and other retail, is within walking distance. And Highway 416 is also nearby. “In terms of commuting, you just scoot out onto the 416 and you’re on your way,” says Boudreau.

Kemptville — a town of 5,700 — also boasts its own hospital, multiple elementary and secondary schools, and plenty of retail and services so that residents don’t need to make the trek into Ottawa.

Homes at The Creek will feature a mix of townhomes, bungalow singles and two-storey singles on lots ranging from 31 to 50 feet wide. So far, 47 of the 118 singles available have been released. 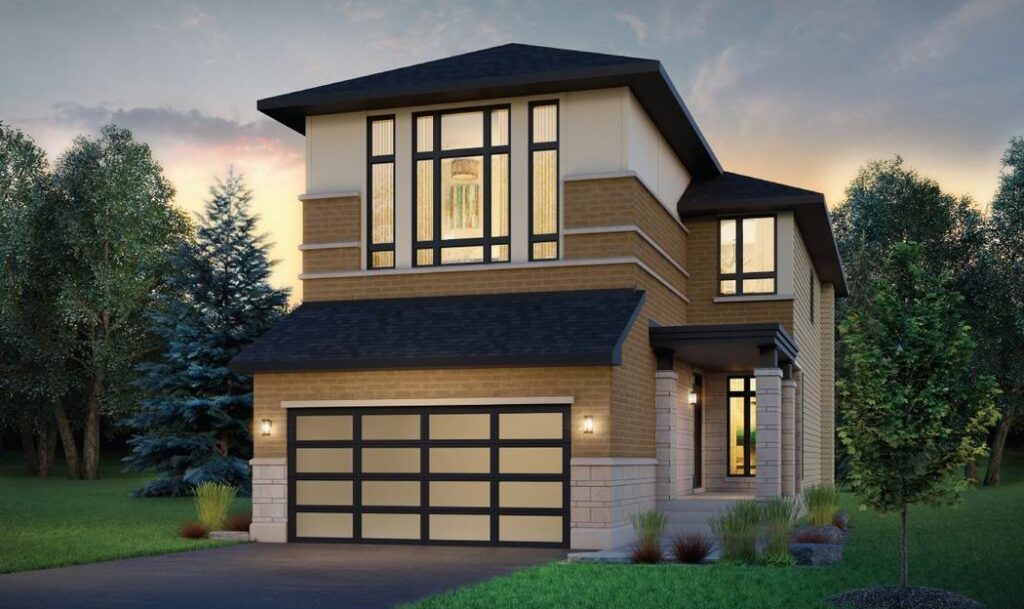 All singles will be built to R-2000 certification, which means they are 50 per cent more energy efficient than a home built to code. R-2000 features include triple-paned windows, superior insulation, an air-source heat pump that converts to an air conditioner in summer and Urbandale’s Proud Foundation. (Named for the way it sits proud of the exterior cladding, the foundation incorporates insulation under the slab and on the outside of the foundation walls, along with a special coating that creates a barrier against moisture penetration.)

But building to R-2000 is more than energy efficiency; it’s also about things like material choices, indoor air quality and comfort. As such, Urbandale uses materials that are no- or low-VOC (volatile organic compounds) to minimize off-gassing for better indoor air quality and that, where possible, come from sustainable or responsible sources.

Other standard features include quartz counters throughout, smooth ceilings that are nine or 10 feet on the main floor, finished basement games rooms and main-floor hardwood throughout.

Townhomes, which will be Energy-Star, are expected to be released early this year once Urbandale has finalized adjustments to the designs.

“We’re tweaking some of the elevations and making it unique to this area so that everything has got a good new pop and jazz for the Kemptville area,” says Hartle. 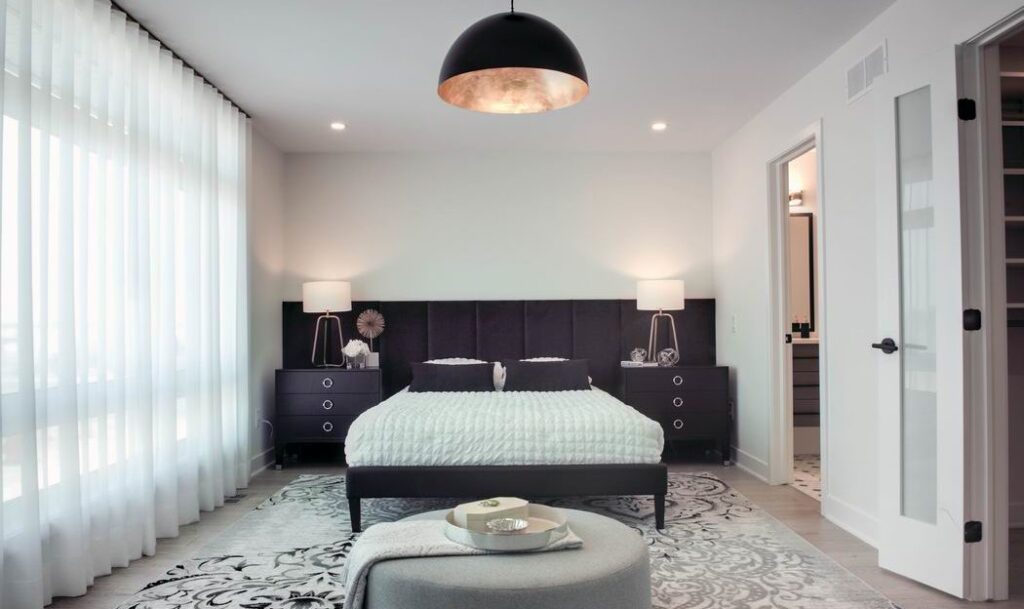 Although they will still have the contemporary feel that Urbandale has become known for in recent years, the builder will bring back some of the stone and brick elements of past homes to reflect the smaller, less urban community, says Boudreau.

“We have a lot of interest in people waiting for the townhome release,” she says. “I think in the market, where it’s been, townhomes have been such a relevant product given affordability.”

As such, Urbandale has paid particular attention to its townhome floor plans, says Boudreau. “We’ve worked very hard in our designs in fine-tuning to have our townhomes, from the inside especially, feel much like a single.”

That fine-tuning includes things like a separate mud room in every townhome “so that they don’t have that old townhome feel to them anymore.”

Although Urbandale initially released the project quietly, which was done to give priority to those who had pre-registered, Hartle expects a “grander trajectory” now that the word is out about the project.

Along with much lower home prices than you’ll find in the city (singles currently start at $471,900), “the small-town charm of the community” is part of the appeal of The Creek, says Hartle. That, plus “its proximity to Ottawa for anyone who’s commuting but wants that small-town feel to raise a family is a big, big draw.”

Initial occupancy is expected in December 2020. For more information and up-to-date pricing, check our development profile of The Creek.