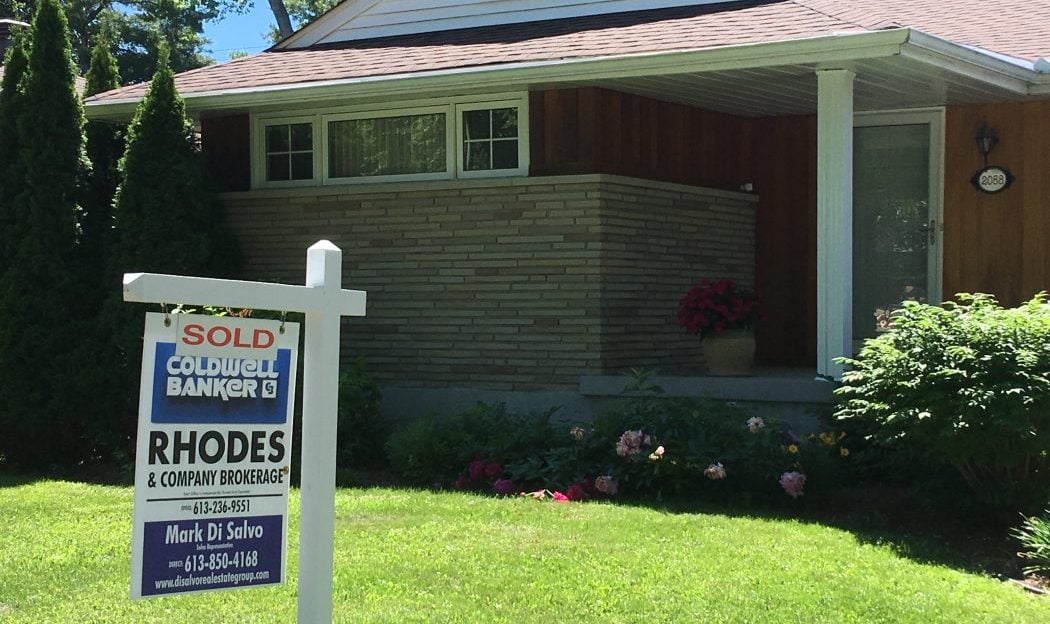 If you’re selling your home in Ottawa this year, a new report from Royal LePage will have you clicking your heels. If you’re buying a resale home, you may feel less buoyant.

Royal LePage’s latest House Price Survey and Market Survey Forecast reports that aggregate house prices in Ottawa increased 3.3 per cent in the second quarter of this year, to $439,313. That followed a first-quarter spike of 4.7 per cent. Looking ahead to the second half of the year, Royal LePage predicts growth of a further 4.9 per cent, to $460,938. If correct, that will make growth in Ottawa prices, at least in the latter half of the year, the second highest among major Canadian cities, behind the Greater Toronto Area (GTA) but ahead of Greater Vancouver and 5 other cities.

“It all boils down to supply and demand. We’re still in a market with a lower supply, which is pushing upward pressure on pricing,” says Adam Mills, broker of record, Royal LePage Team Realty Adam Mills, Brokerage.

Ottawa’s inventory of resale homes has been growing tighter since 2017, helping to transform the local scene into a sellers’ market. That’s resulted in escalating prices and, in some cases, bidding wars.

Mills says the low supply has hit bungalows especially hard, accounting for the 7.4 per cent jump in their median price from April to June, compared to a 2.6-per-cent increase for two-storey homes. He says downsizing boomers account for the increased demand for bungalows.

Mills has seen an increase in the number of buyers from the GTA — primarily boomers who are buying townhomes in areas like Barrhaven, Kanata and Stittsville as investments that they can rent out while the value increases.

“GTA people are investing some cash in our market because it’s very affordable and stable. They’re people who are looking to add to their investment portfolios,” says Mills. “If they’re buying a townhouse at $350,000, that’s like a half-price sale compared to Toronto.”

And while a recent RBC report notes a small uptick in Ottawa of foreign investors, Mills says the other big number in out-of-town buyers comes from Canadians moving here from other provinces in response to the current high-tech boom.

“When high-tech peaks, then all of a sudden our supply diminishes, prices go up and our market in Ottawa is ‘hot.'”

BMO last year tagged Ottawa as one of the country’s emerging real estate hot spots, thanks in part to its still affordable prices and the stability of the city’s economy. That assessment accorded with Ottawa Real Estate Board’s numbers at the end of 2017, including a 10 per cent increase in overall home sales compared to 2016 and a 6.8 per cent growth in prices for non-condo properties.

Affordability erodes, but Ottawa still a model of stability

Although Ottawa homes are still considered affordable compared to markets like Toronto and Vancouver, a report from RBC earlier this year noted some erosion of that affordability as prices increased. That will likely continue following the recent bump in the Bank of Canada’s benchmark interest rate, the fourth in a little over a year.

Also of concern to the resale industry: The introduction earlier this year of a new mortgage stress test that requires buyers to prove they could withstand a substantial hike in interest rates. It dampened the spring housing market, according to Royal LePage, and CEO Phil Soper said in a statement that some buyers have elected to buy smaller homes or homes in less expensive neighbourhoods as a result.

While Mills says he’s seen some evidence of those purchasing trends among first-time buyers, he believes the effect overall in Ottawa of the new mortgage regulations has been minimal. That’s because homes here are still affordable and local buyers traditionally leave themselves financial wiggle room.

“Ottawa is a very conservative city, and you don’t see people spending the maximum amount the bank approves them for.”

5 desirable rural/village homes for sale in the Ottawa area

If you are considering buying or selling a home, check our directory of real estate agents in Ottawa and our Resources & Advice section.