ADVERTISEMENT
»Home Improvement»Articles»Hiring a contractor: What the good guys really look like

Hiring a contractor: What the good guys really look like 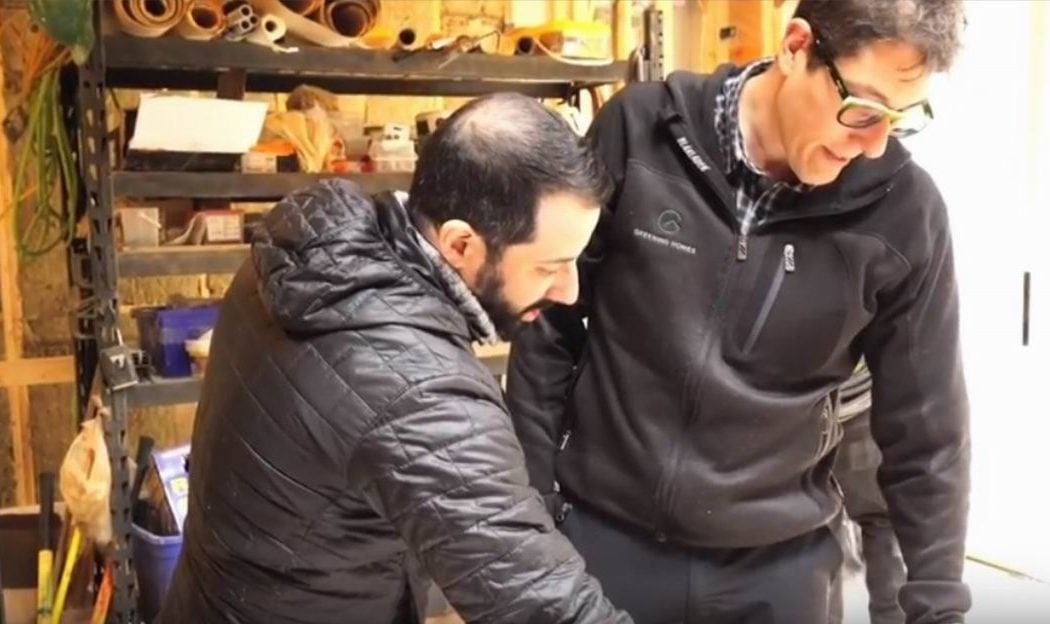 What do you need to know about hiring a contractor? Earlier this year, my son and I had the chance to make a few promo videos about four good contractors who were hired to rescue serious renovation disasters left behind by bad contractors.

At least one of the bad guys was simply incompetent. Another was a crook who walked off with tens of thousands of dollars of client money without doing any work. One spectacular loser squandered hundreds of thousands of dollars on a $750,000 renovation job, forcing the homeowners to refinance their property so they could complete the project properly, starting from scratch.

Beyond the basic facts of these shameful disasters, I don’t know anything about the bad guys. They’re long gone. But I did get to know the four good guys pretty well while making their videos. Each of them exhibits three qualities you should look for when searching for a contractor you can trust.

All the good contractors I interviewed had everything under control. They were simply great to work with.

This is not always the case with every contractor. Here I was, bugging these busy men for details about a relatively minor video project, yet they made time for me. My emails were answered, phone calls happened as scheduled, and details got settled in good time. No excuses, just polite results.

The good guys also understood the value of the digital world. They have outstanding websites, they make adept use of digital communications, they have an above-average understanding of the power of video as a tool for connecting with people. They’ve all invested in professionally designed logos. From wall to wall, they’ve built class acts.

Commitment to proper workflow, contractors and documentation is one of the biggest differences between the good guys and the bad guys. All four of the men I dealt with understood that proper building and renovation projects involve significant paperwork at the beginning and end.

Where the bad guys all fired up their tools prematurely, before delivering anything in writing, the good guys create scope-of-work documents, they get jobs engineered and they report regularly to homeowners on progress.

Good guys also collect testimonials and images after the work is done to boost sales and build confidence. If you’re interviewing a contractor who doesn’t offer proof of quality from previous clients, something is very wrong. Run.

3: They have good hearts

The good guys I interviewed all have good hearts. When the owner of one construction company heard that a dead-beat contractor had left construction debris all over the yard of a homeowner before walking out, he dispatched two of his guys to pick up and haul away the trash for free.

Another good guy I met spent hours reviewing materials with an owner who has extreme environmental sensitivities. One good guy orchestrated volunteer labour and materials to rebuild the home of a penniless single mother who’d lost an insurance payout to a bad guy who ran off with her money.

The quality of a nation is directly related to how honest its citizens are. Honest countries with a critical mass of selfless, good-hearted people are simply better and more prosperous places to live. International surveys prove it.

And while no country is perfect, I found it inspiring to meet contractors who live out the honesty and skills needed to do a great job – and do their part to build a great country.

Your role as a homeowner hiring a contractor is to learn to recognize the good guys and to steer clear of the bad guys before it’s too late. If no one ever hired a bad guy, they wouldn’t be able to degrade a community with dishonesty, laziness and lack of skill.

One final tip: Although it sounds simple, ask every prospective contractor for at least three references from previous clients, then follow up with phone calls to all of those clients. Was the job completed on time? On budget? Was the contractor clean? Were his employees polite?

All of this seems so basic, but I’ve never seen a building or renovation job go seriously wrong when homeowners exercised care and simple diligence like this when it comes to hiring.

Hear from one of the good guys I interviewed:

Relationship is key when hiring a contractor, says Bryan Baeumler