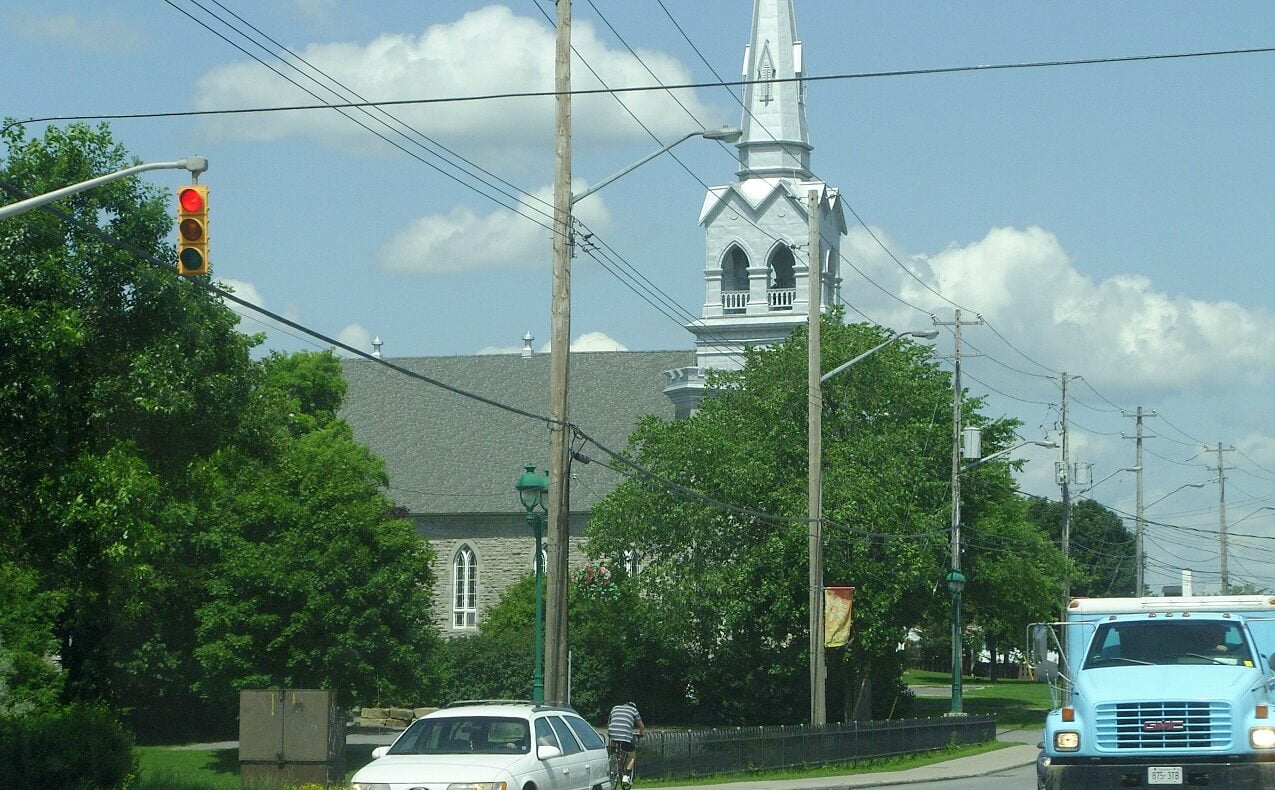 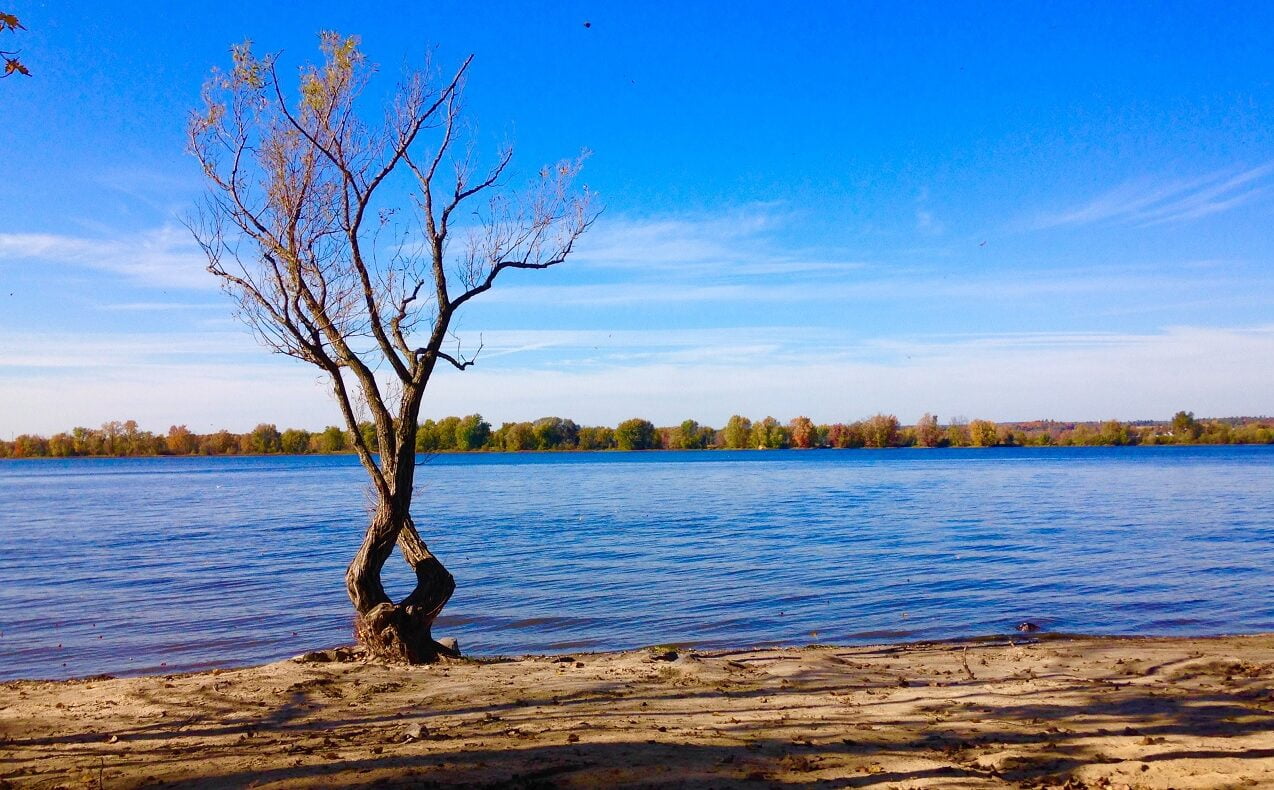 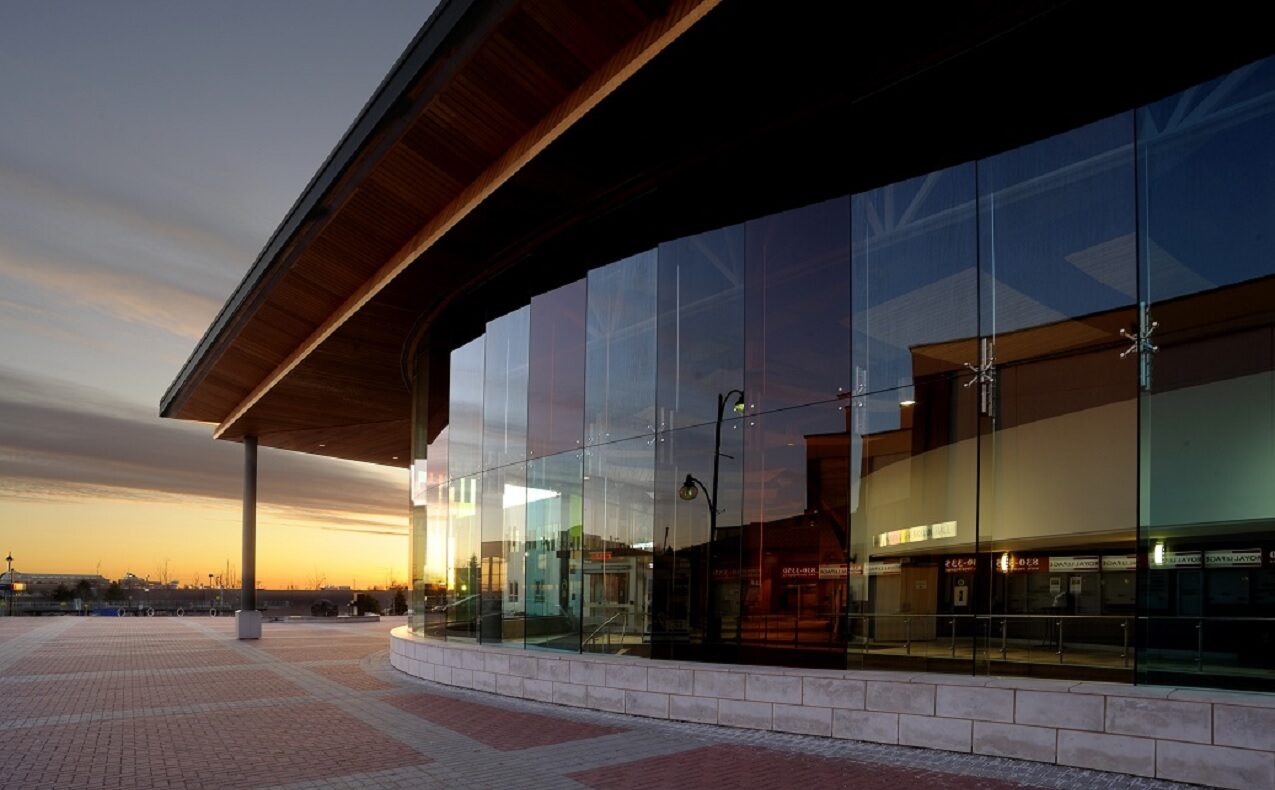 St. Joseph Boulevard is a mix of new and old buildings.
Photo credit: AllThingsHomes.ca
Petrie Island on the Ottawa River offers swimming, nature trails and other outdoor activities.
Photo credit: AllThingsHomes.ca
The Gothic-styled St. Joseph Church, completed in 1922, is on the main thoroughfare of St. Joseph Boulevard.
The Shenkman Arts Centre is a popular hub for theatre, music and other arts events and classes.

Orléans is bordered by the Ottawa River to the north and, to the south, the Prescott-Russell Trail Link south of Navan Road. The eastern boundary is roughly Trim Road and the western border is a little to the west of Forest Valley Drive and Orléans Boulevard. 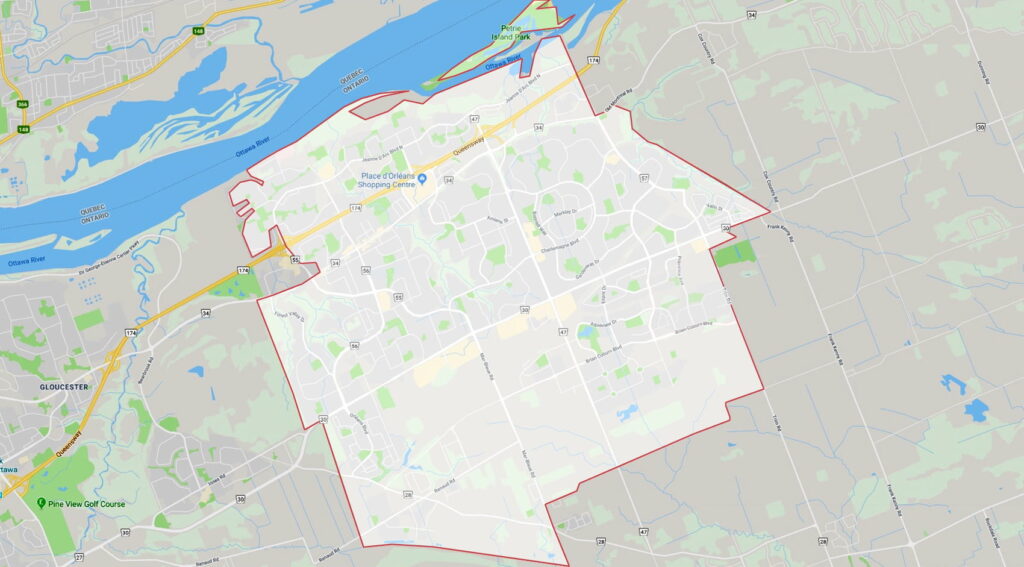 A largely rural area for most of its history, Orléans is said to have been named by the first postmaster, Théodore Besserer, for his birthplace, the Île d’Orléans near Quebec City. The area began expanding as a suburban community in the 1960s with the construction of the Queenswood Heights neighbourhood. That expansion has continued ever since, with growth primarily along its eastern and southern borders. Until amalgamation with the City of Ottawa in 2001, Orléans straddled two municipalities: the City of Cumberland and the City of Gloucester.

Commercial development had a major uptick in the 1970s, especially along St. Joseph Boulevard and including Place d’ Orléans shopping mall, built in 1979 and now comprising 180 stores. Over the past few years, Innes Road has seen massive commercial development, with an emphasis on big box stores.

While the community was once primarily francophone, that population has fallen to about 30 per cent as the original village and surrounding farmland were transformed into a suburban community. Even so, there are many French elementary and high schools, and the Shenkman Arts Centre offers a suite of francophone events, programmed primarily by Mouvement d’implication francophone d’Orléans (MIFO), which was created in 1979 by francophones determined to preserve their heritage in the face of an anglophone influx.

Petrie Island in the northeast corner of the community is a popular destination year-round, with a vibrant ice fishing community in the winter and two beaches, trails and parkland in the summer. Formed by deposits at the end of the last ice age, it was once a sand and gravel facility but is now owned by the City of Ottawa and contains provincially significant wetlands, wooded areas, an ecological reserve, an interpretative centre, and abundant bird, plant and animal life. The island’s Stuemer Park is named for the Stuemer family, who circumnavigated the world in a 42-foot sailboat from 1997 to 2001, departing from and returning to Petrie Island.

There are many. Key ones include:

Because some neighbourhoods date back over 40 years, the area offers a mix of mature and newer neighbourhoods, numerous amenities, modern infrastructure, and appeal to both young families and older residents.

All four major school boards are represented with both elementary and secondary schools found throughout the community.

The community abounds with large chain stores as well as smaller, independent shops and restaurants. Businesses include:

Orléans is well-served by amenities. To name just a few:

As a thriving community, Orléans has virtually every service needed, with the exception, perhaps, of its own hospital. There are churches of various denominations, medical clinics, veterinarians and more, including a vibrant group of arts organizations and schools at the Shenkman Arts Centre.

Orléans is a major hub for OC Transpo, which services multiple Park & Ride locations as well as community routes. Stage two of the LRT system will extend the Confederation line to the community, including Place d’Orléans and Trim Road, by 2024.

The Queensway is a primary route to and from the community, with Innes Road to Industrial Road, Riverside Drive and Bank Street as a secondary route from Orléans South.

Cycling is also possible, but accessing bike paths is difficult from many areas of the community.