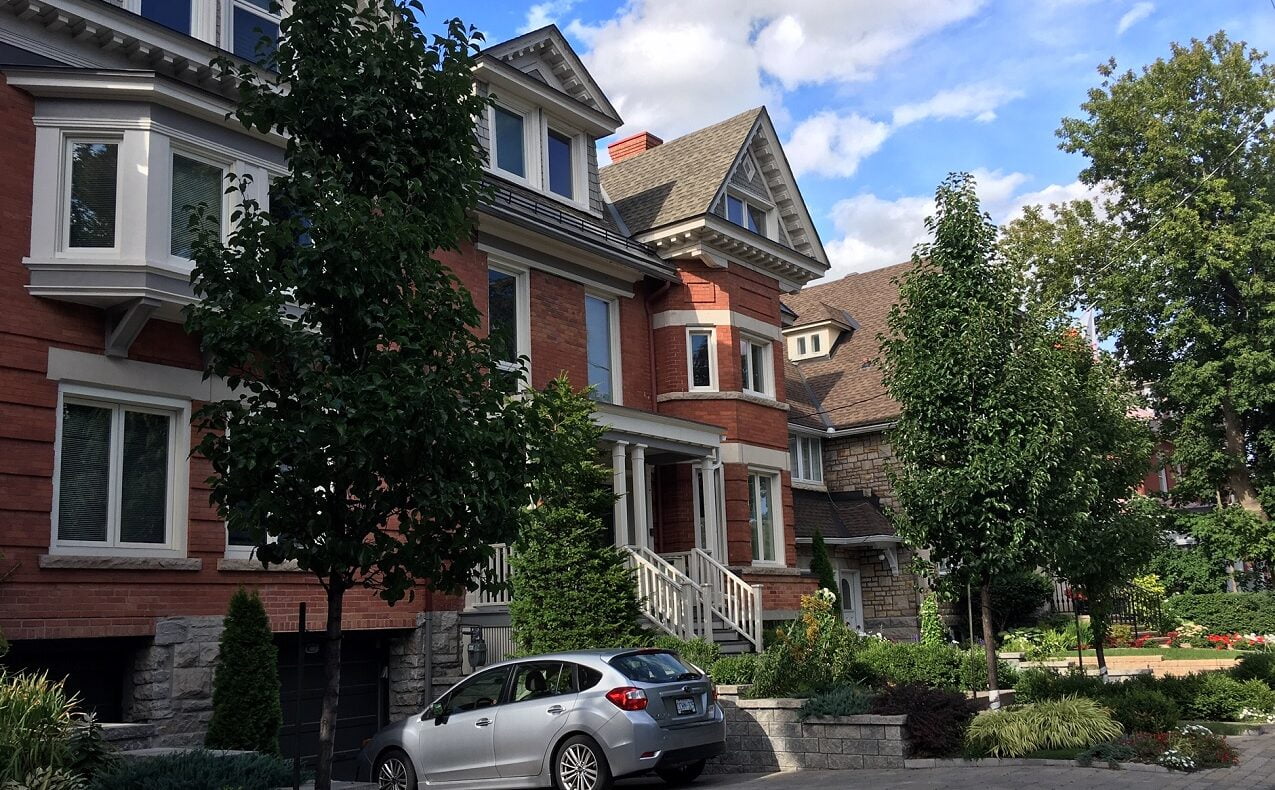 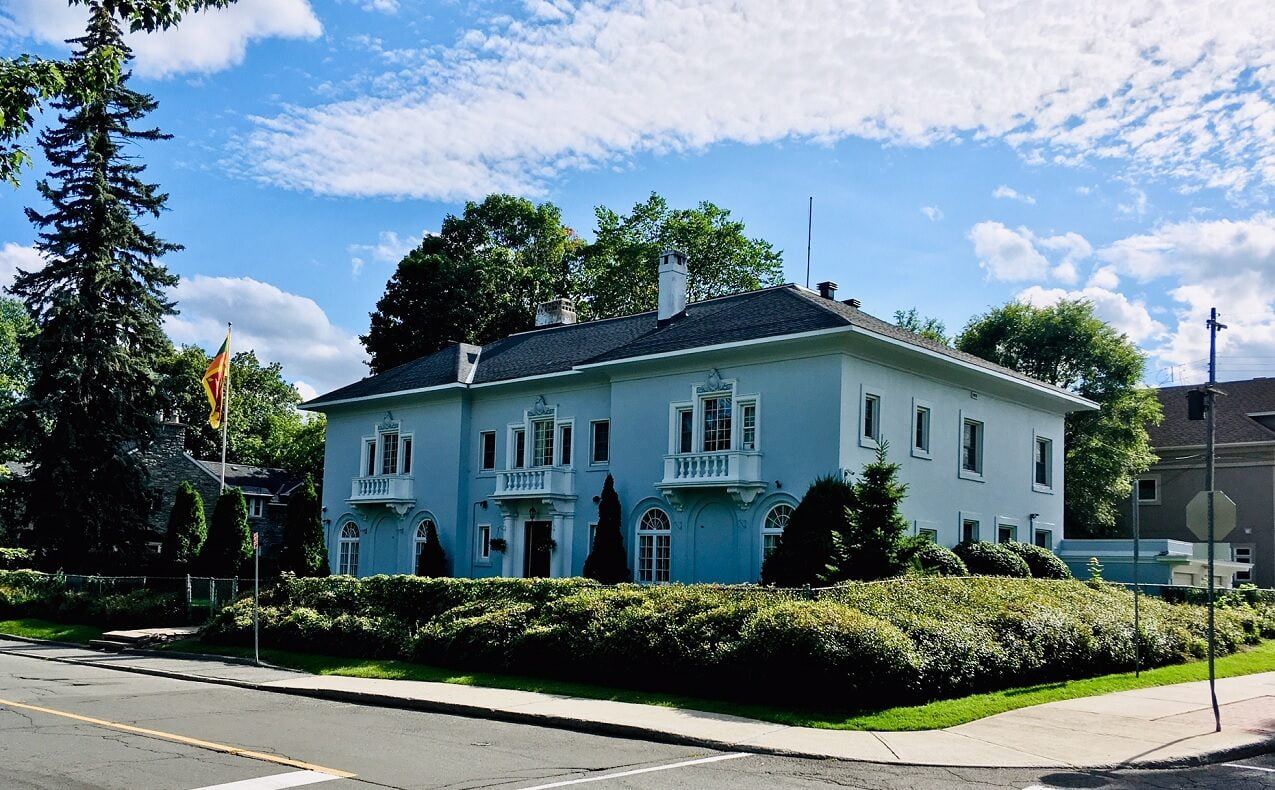 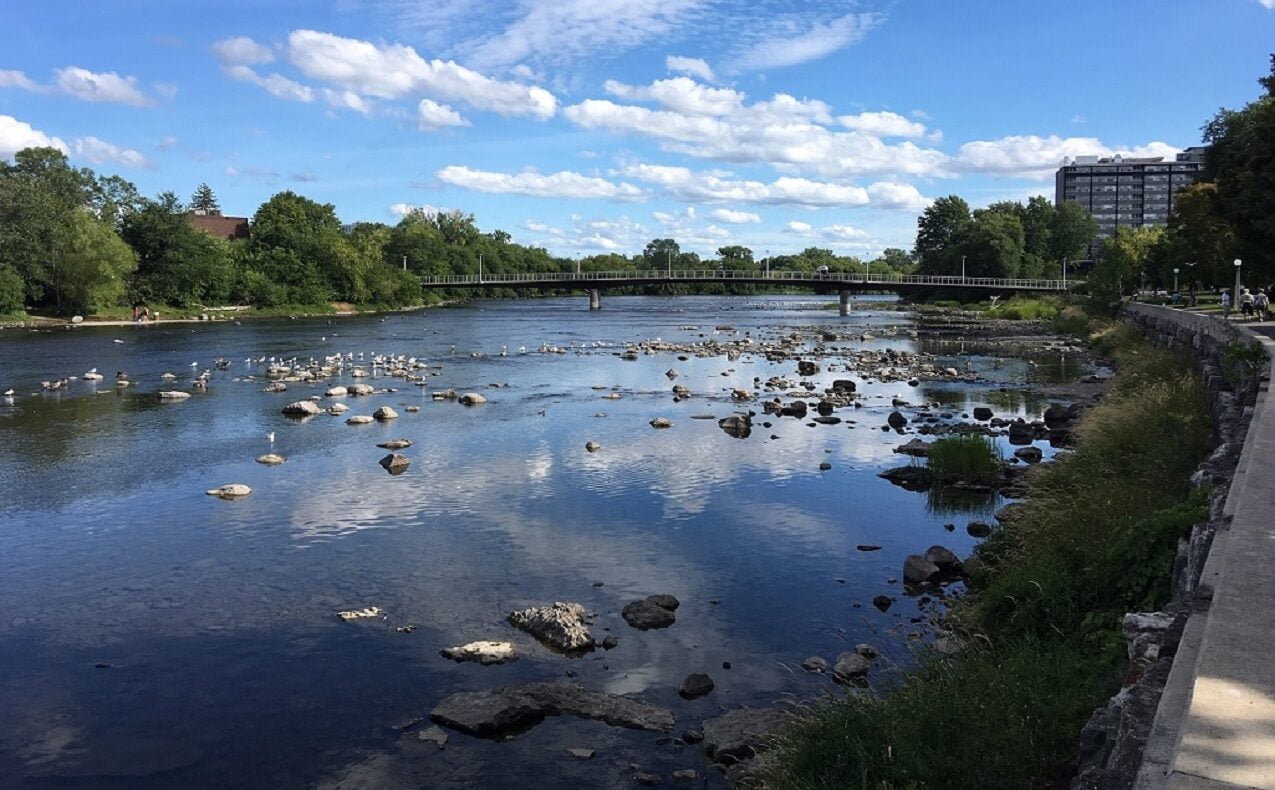 Just below Rideau Street on the north, Nicholas Street and the Queensway on the south, the Rideau Canal on the west, and the Rideau River on the east. 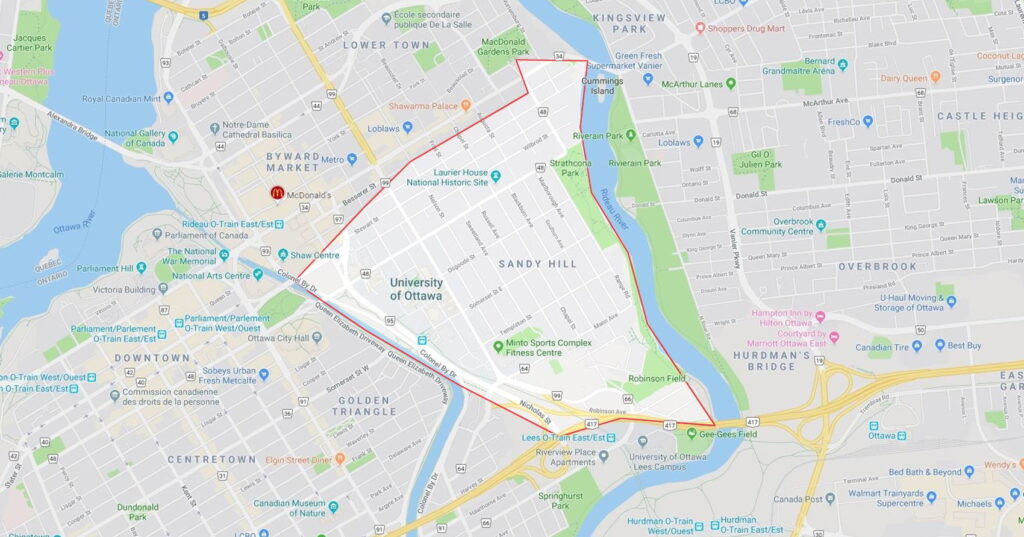 In 1856, what is now the University of Ottawa moved into this area from nearby Lowertown. From the 1870s until the early 1900s, Sandy Hill was one of Ottawa’s wealthiest residential areas; Strathcona Park on the Rideau River was landscaped for elegant strolling and opened in 1907. The neighbourhood sits on the eastern edge of downtown and gets its name from its hilly terrain and sandy soil, which make it difficult to erect large buildings. Sandy Hill’s demographics change dramatically within a few blocks: Relatively affluent families live near the embassies along the Rideau River, but closer to the university, one finds students, senior citizens and new immigrants, and housing includes boarding houses, student rentals, modest private homes and co-ops. Today, the neighbourhood’s residents are a mix of anglophones and francophones, including immigrants from Somalia, Lebanon, Haiti, Morocco, Poland and many other countries.

The University of Ottawa (aka uOttawa) dominates the western edge of the neighbourhood, and students give the whole area a young, lively (sometimes too lively) vibe.

Sandy Hill is often divided into four areas. North Sandy Hill consists of the area north of Laurier Avenue, where many buildings date from the 19th century. Recently, new condo developments have reshaped Rideau Street along its northern edge.

South of Laurier Street is South Sandy Hill, largely built after the Second World War, although there are numerous older structures.

South of Mann Avenue is densely populated Strathcona Heights. Completely redeveloped in the early 1990s, it consists almost entirely of low-rise apartment buildings that are either subsidized housing or co-ops.

Finally, Robinson Village lies below the Strathcona Heights escarpment, near the Rideau River. Highway construction cut off this area of low-rise homes from the rest of the neighbourhood.

All four major school boards are represented with both elementary and secondary schools found in or near the community:

The Rideau Centre, on the neighbourhood’s northwestern edge, offers some 180 stores and services. Other businesses in Sandy Hill include:

Sandy Hill is home to a number of urban amenities, including:

Sandy Hill has excellent public transit access, with multiple bus routes. Three LRT Confederation Line stations (Rideau, uOttawa and Lees) are in or near the neighbourhood.

King Edward Avenue and Nicholas Street connect Sandy Hill to the Queensway (Highway 417), as does the Vanier Parkway on the opposite side of the Rideau River. King Edward Avenue also leads to the Macdonald-Cartier Bridge across the Ottawa River to Quebec.

The extensive network of multi-use pathways along the Rideau Canal and the Rideau River includes two bridges solely for non-motorized traffic: the Adawe Crossing Bridge between Strathcona Park and Vanier/Overbrook, and the Corktown Bridge between the University of Ottawa and Centretown.