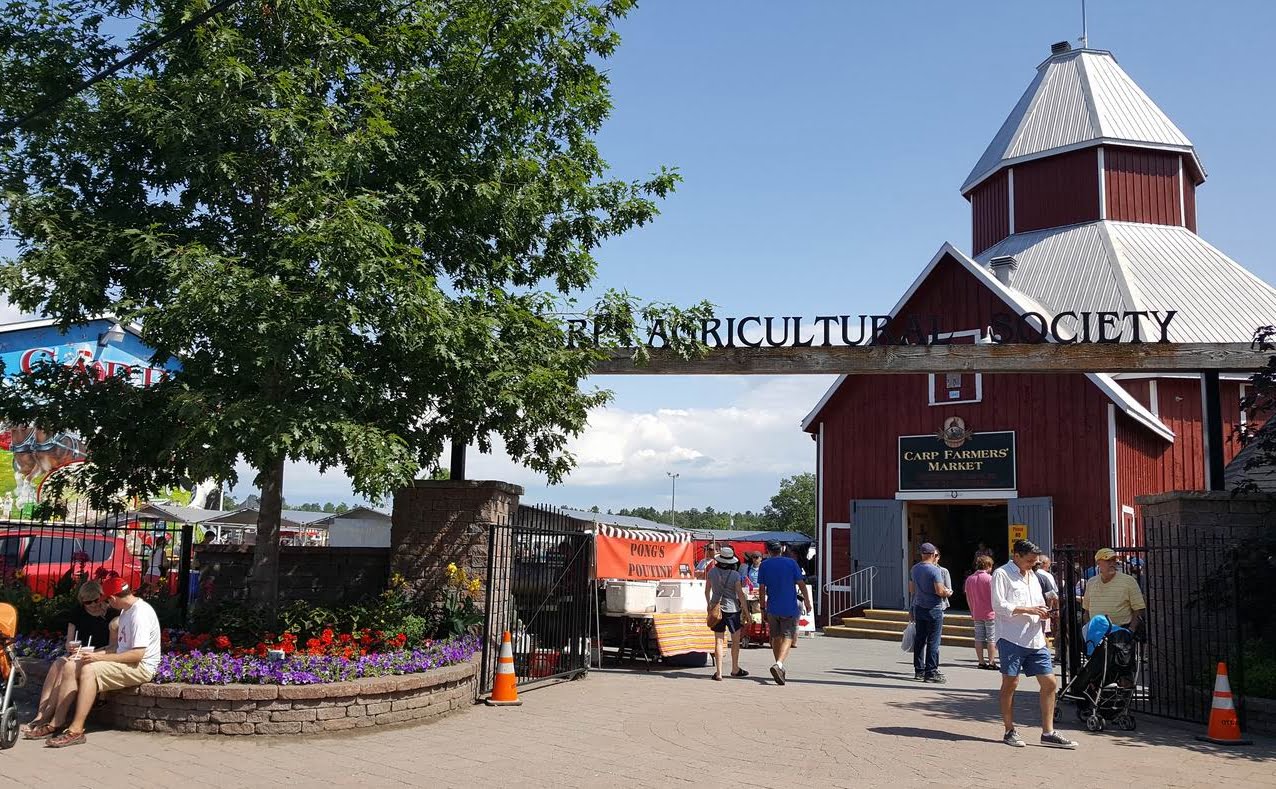 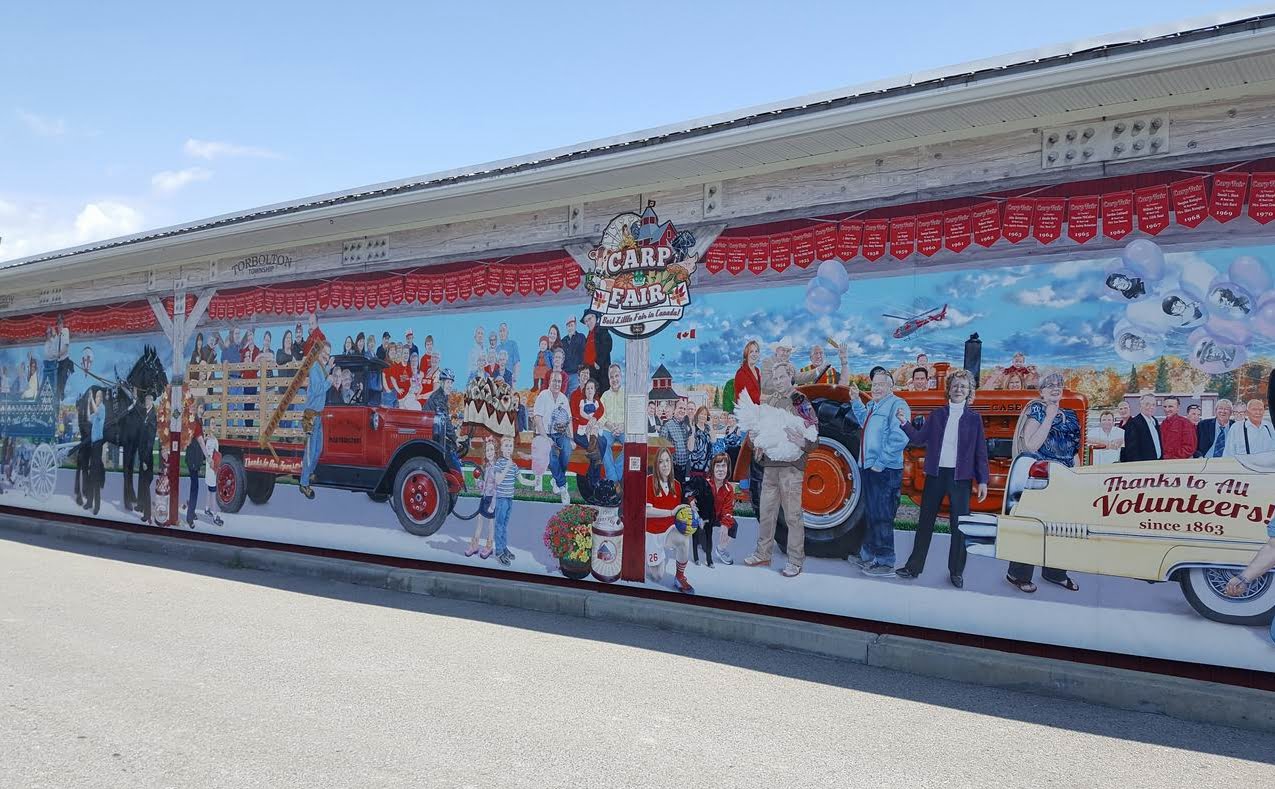 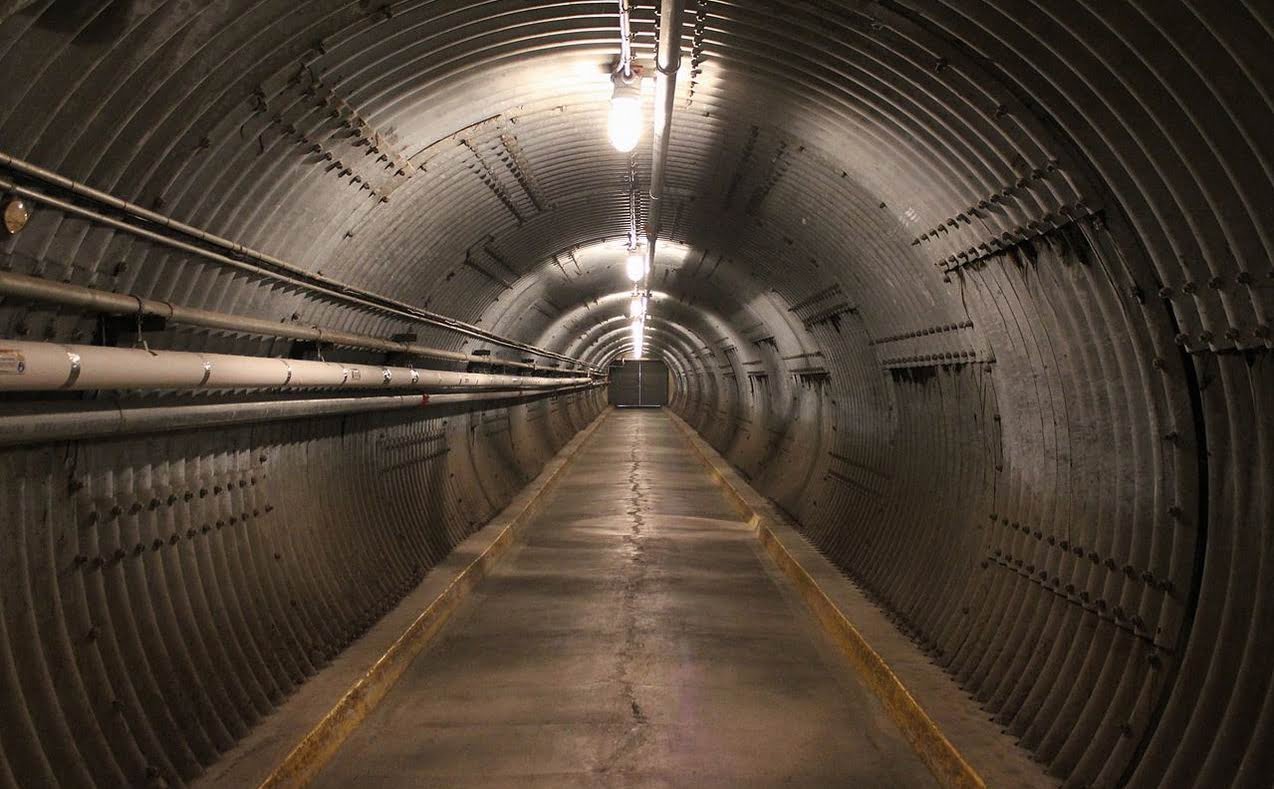 Photo credit: AllThingsHome.ca
The Carp Farmers’ Market is a popular Saturday outing for many across the region.
Photo credit: AllThingsHome.ca
The Village of Carp, which is a hub in West Carleton, is developing a collection of building murals with this one at the fairgrounds being among the first.
The Diefenbunker Cold War Museum, which attracts thousands of visitors each year, is a local draw. The nuclear shelter’s blast tunnel has even been featured in Hollywood movies.

West Carleton is big, almost the size of the city of Calgary. The Ottawa River forms its northern and part of its eastern boundary, stretching south to March Road where it veers west at the Dunrobin turnoff. The southern boundary follows March Road to Huntmar Drive, where it dips further south to Richardson Side Road before turning west again and roughly following Richardson Side Road and Old Almonte Road. The western border, of both West Carleton and the City of Ottawa, straddles Golden Line Road and Upper Dwyer Hill Road. 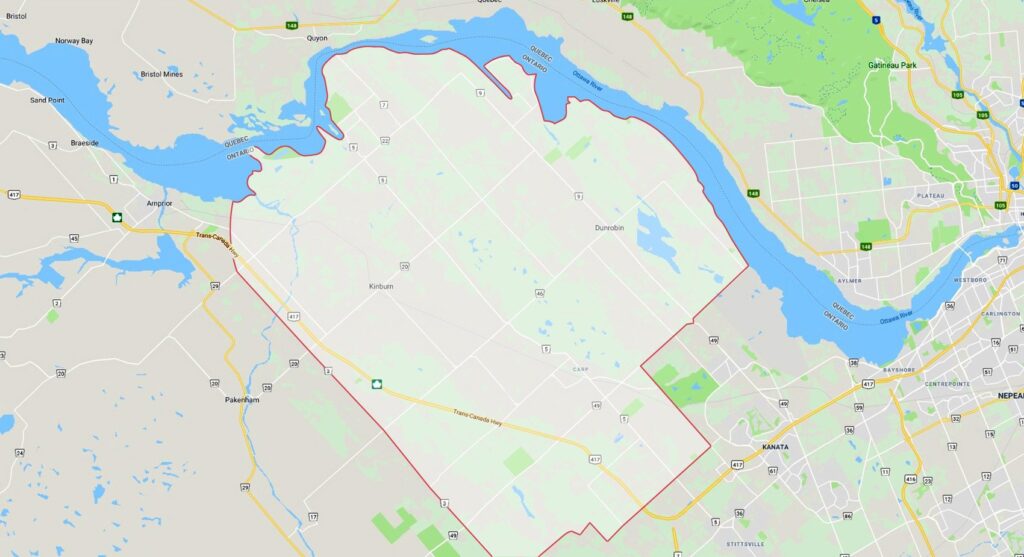 Europeans began settling this region in the early 1800s. By the 1860s, Carp was home to about 200 people and had a post office, hotels, shops, a town hall and an annual fair (which began in 1863). West Carleton remained primarily rural until the former West Carleton Township was amalgamated with the City of Ottawa in 2001. Today, farms, small towns and estate subdivisions constitute much of West Carleton, which is about 38 kilometres west of downtown Ottawa. Communities include Carp, site of the popular Carp Farmers’ Market; Constance Bay, with two beaches on the Ottawa River; Fitzroy Harbour and the adjacent provincial park (also on the river); and steadily growing Dunrobin. Many West Carleton residents commute to Ottawa for work.

The Diefenbunker: Canada’s Cold War Museum opened in 1997 to introduce visitors to a true local curiosity: a 100,000-square-foot Cold War bunker buried below a field in Carp. Commissioned by then-prime minister John Diefenbaker in 1959, the facility was designed to keep government officials and military personnel safe if Ottawa ever came under nuclear attack. These days, tours take visitors through the infirmary, situation room, radio station and other facilities. The museum also organizes movie nights, escape room events and other activities.

West Carleton includes many small communities, such as:

Located between the west end of urban Ottawa and small towns such as Almonte and Pakenham, West Carleton has the best of both worlds. A bonus is the Pontiac region of the Outaouais, right across the Ottawa River.

All four major school boards are represented with both elementary and secondary schools found in or near West Carleton (the closest French schools are in Kanata):

The communities in West Carleton are small but still support a diverse range of businesses, including:

For those seeking a wider range of shops and restaurants, much of West Carleton is within a half-hour drive of Stittsville and Kanata.

Along with facilities such as community centres and arenas, West Carleton is close to extensive outdoor recreation areas, including hiking trails through the Carp Hills. It even has an airport for private pilots. Amenities include:

West Carleton has a good range of services, including churches, service stations, veterinarians, churches and retirement homes. There are also several community associations, including:

Although there is Para Transpo and weekly OC Transpo “shopper route” service, residents must rely on cars in West Carleton. The Queensway/Highway 417 skirts the western border of this ward. Other main routes into the urban core include Carp Road, March Road and Dunrobin Road.

The area is also popular with cycling clubs, although there are few dedicated cycling routes in the area.

In addition, the Quyon Ferry provides service across the Ottawa River (weather permitting) from a dock just north of Fitzroy Harbour to Quyon, Que.