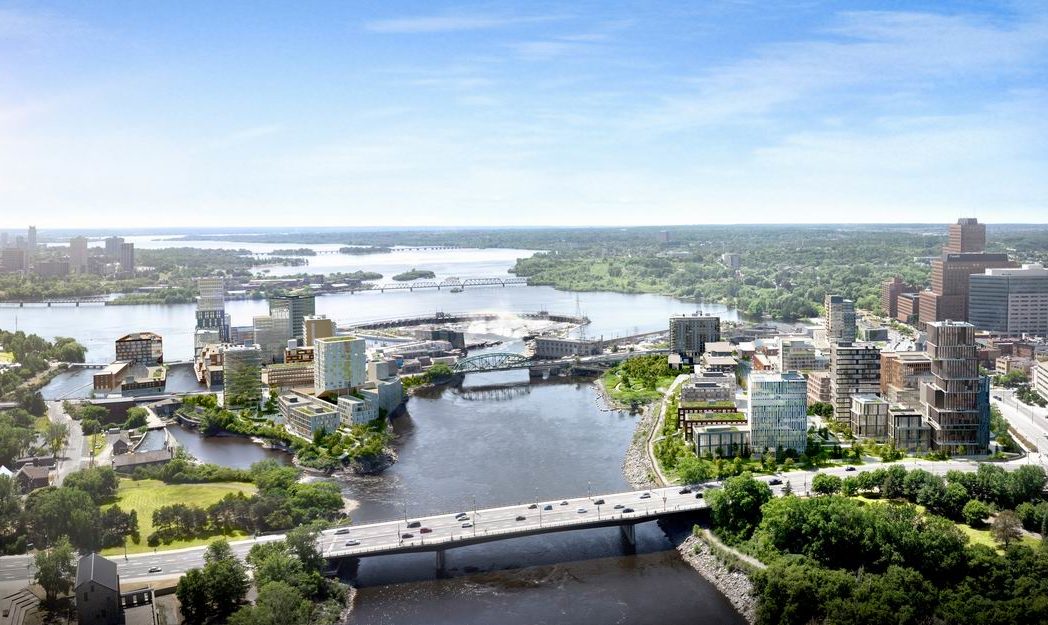 Aerial view of Zibi and the Chaudière Falls looking west. 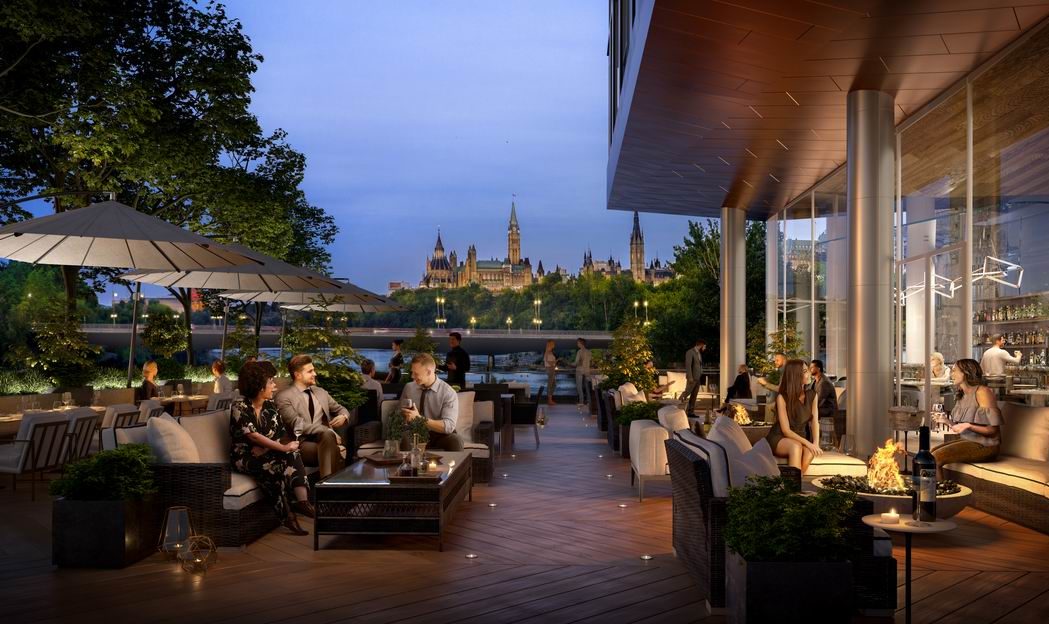 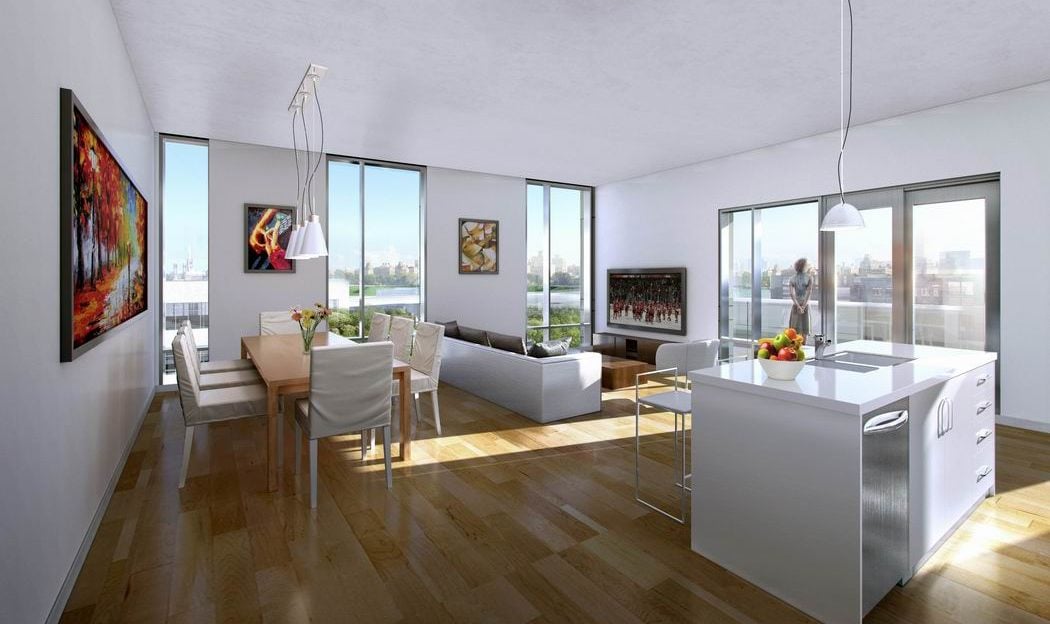 O is the first building released at Zibi. 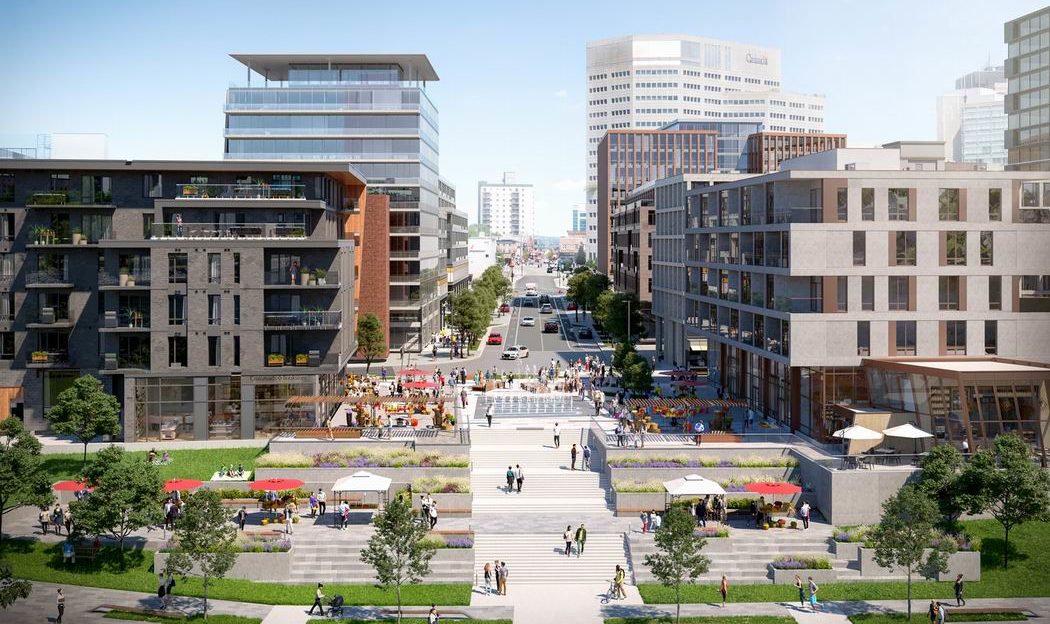 North view of Wàsa Zibi Plaza from the Ottawa River. 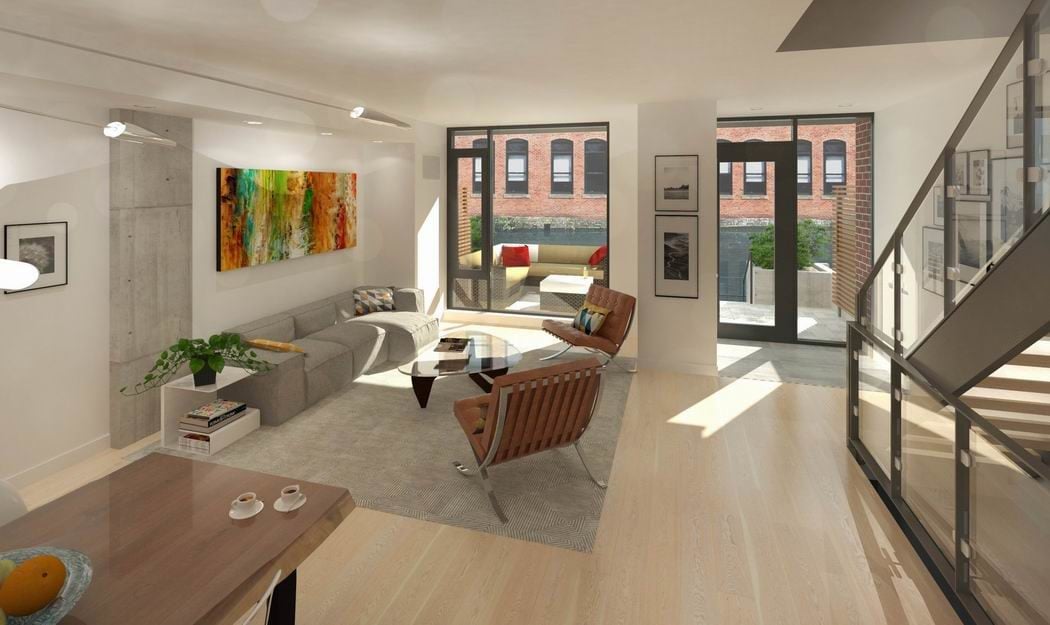 Kanaal comprises stacked towns with apartments above them. 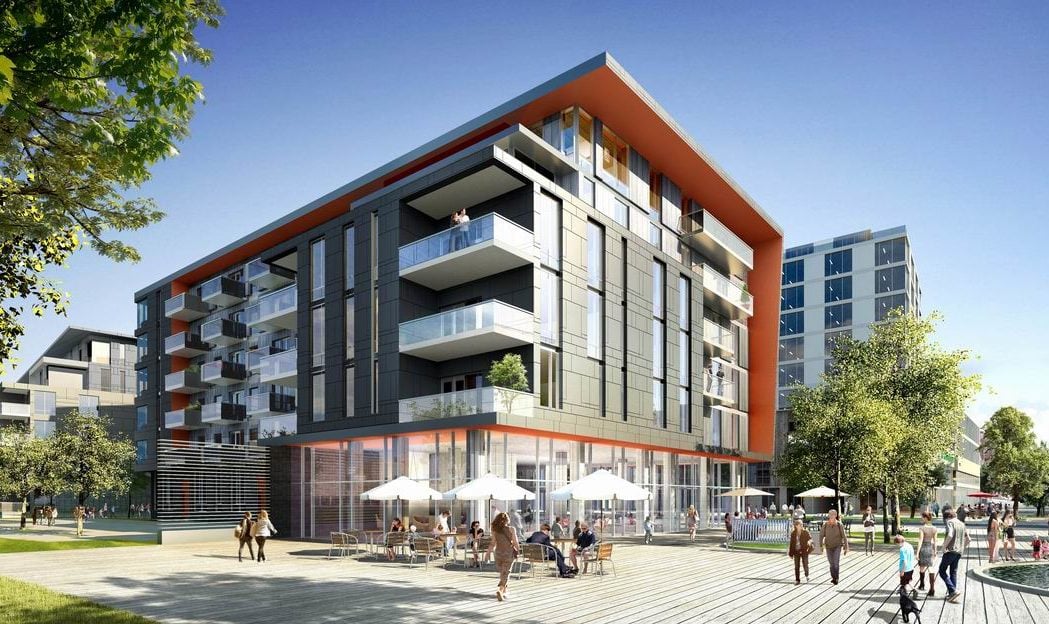 The first condo building released at Zibi was the six-storey O. 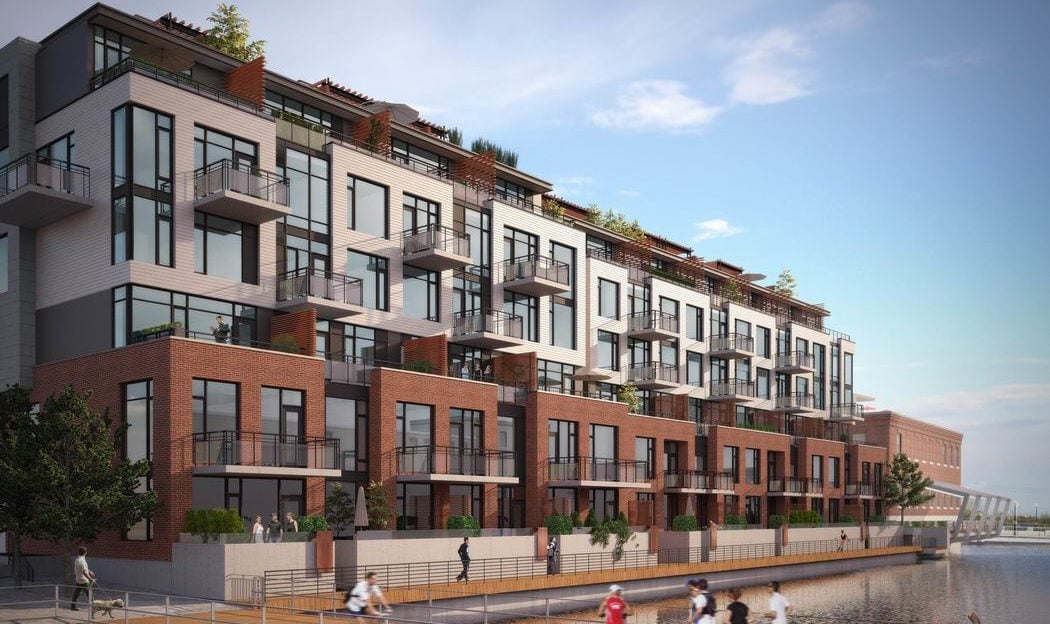 Kanaal is a six-storey stepped building along a narrow channel that divides Chaudière and Albert islands. 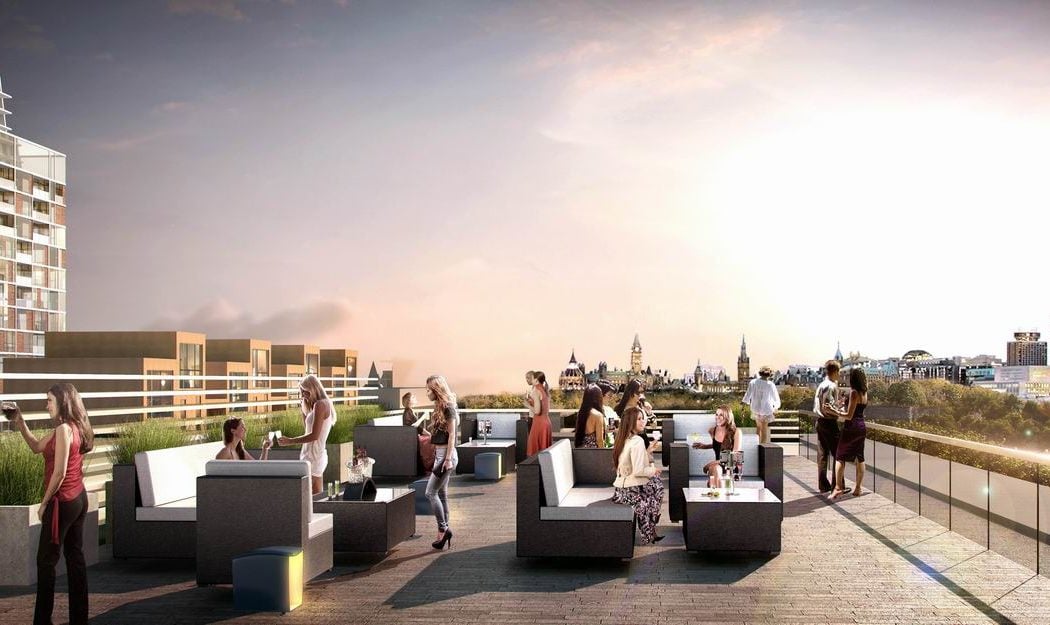 Rooftop terrace of O on the Gatineau side. 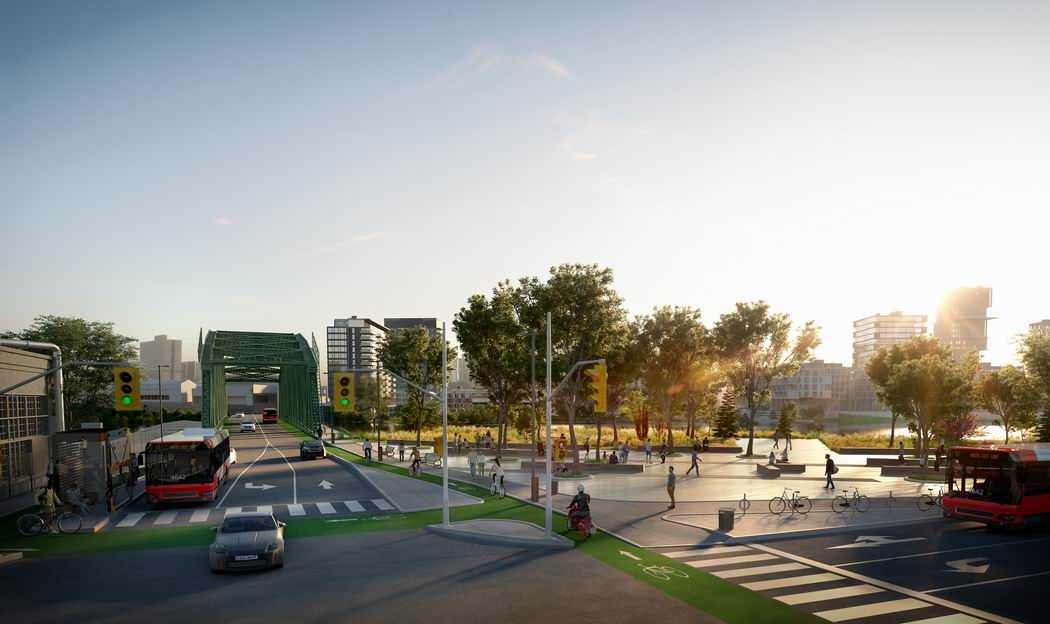 Early morning on the Chaudière crossing. 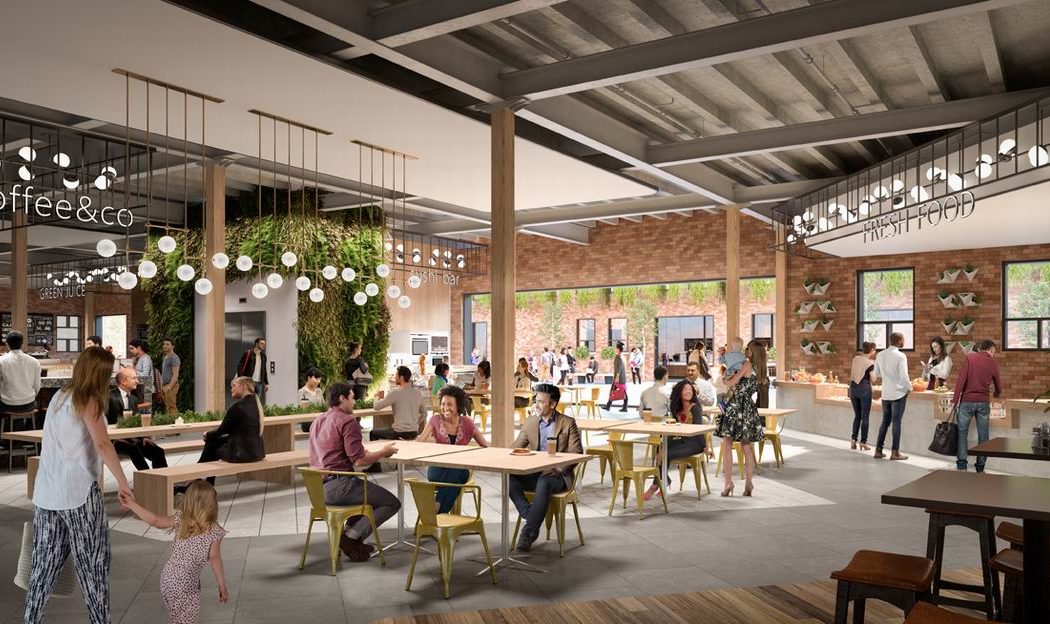 Heritage Promenade is a collection of restored historical buildings and heritage façades.

What:
An intensely green, 34-acre community by Dream Unlimited and Theia Partners on the former Domtar industrial site along the Ottawa River. On the Gatineau side, the first phase consists of 70 mid-rise condos; on the Ottawa side, the first phase comprises 71 mid-rise condos and stacked townhomes. Zibi is expected to ultimately be home to about 5,000 people with a robust commercial and retail component.

Where:
In Gatineau, on a waterfront site across from Chaudière Island. In Ottawa, Chaudière and Albert islands near LeBreton Flats
View on Google Maps

Are there models?
Yes

Zibi House, the new sales centre and observation tower, has opened.
Kanaal residents (the first Ottawa building) start moving in January 2020.
Zibi has announced two co-working Spaces facilities are to open at the site.
Zibi has also announced plans to build the first inter-provincial zip line, which will connect Ottawa and Gatineau over the Ottawa River.

What's in the community

Straddling the Ottawa River and the Ontario/Quebec border, this unique project capitalizes on stunning views, proximity to the downtown cores of both Ottawa and Gatineau and is positioned close to just about everything, from Gatineau Park to museums, shopping and more. It will be both transit and bike friendly and will eventually contain a mix of residential, retail, commercial and cultural uses.

For more information on downtown, click 1 on our map of Ottawa-area neighbourhoods. 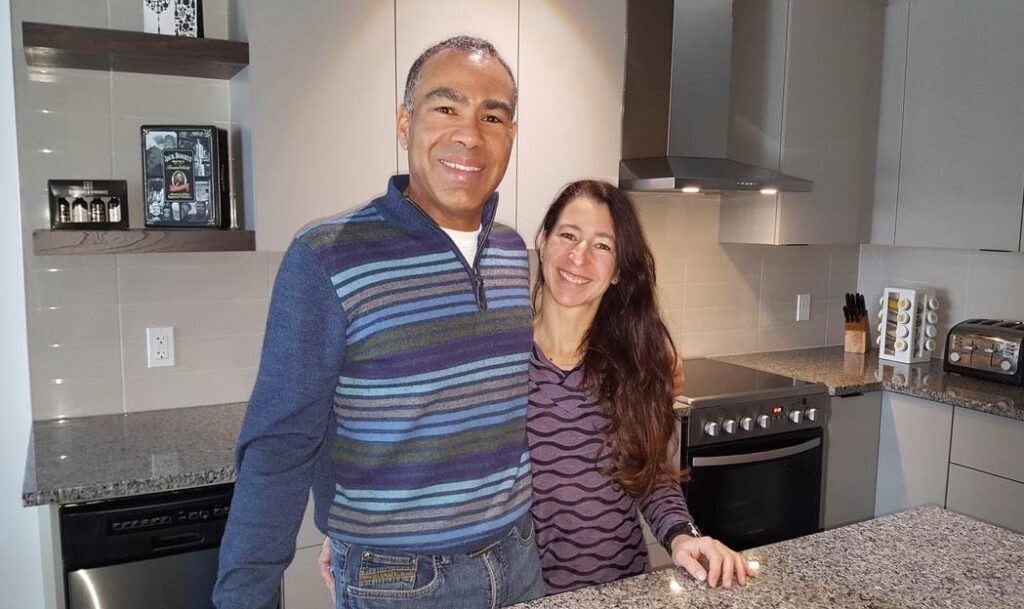 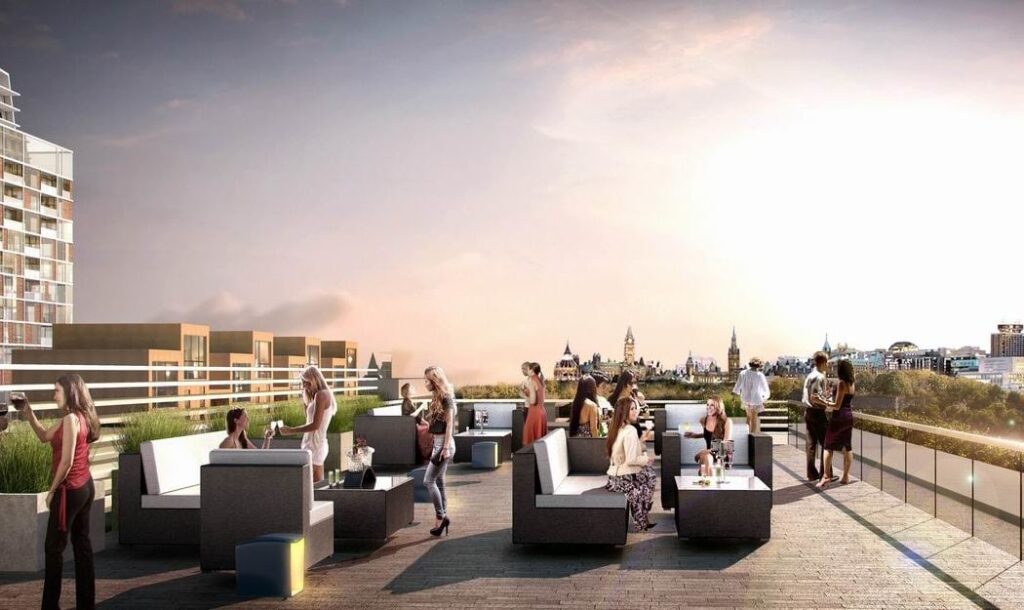 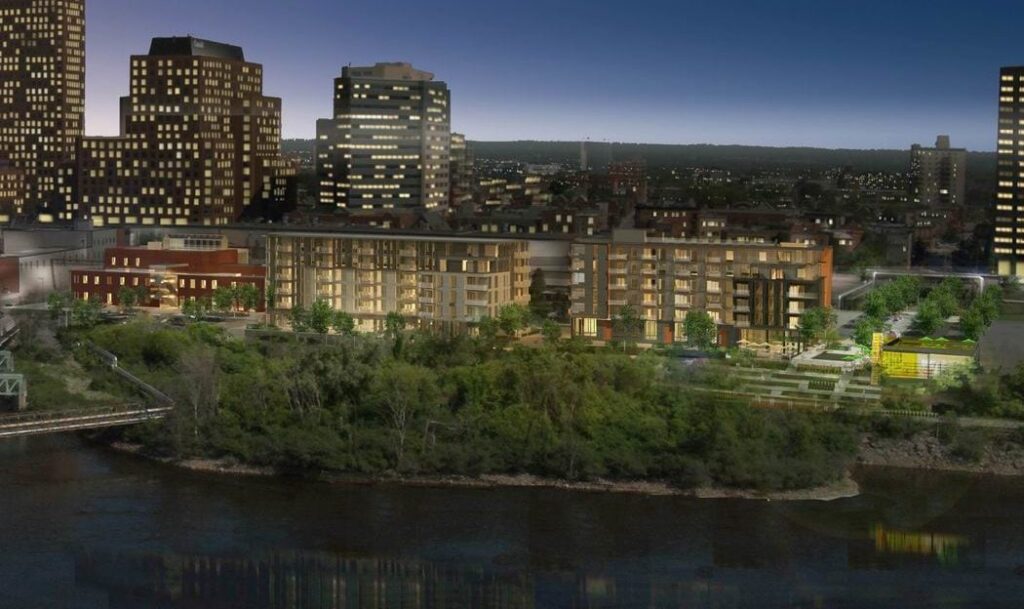 Zibi and the Ottawa condo market

Zibi’s target demographic and its place in the Ottawa condo market. ...read more 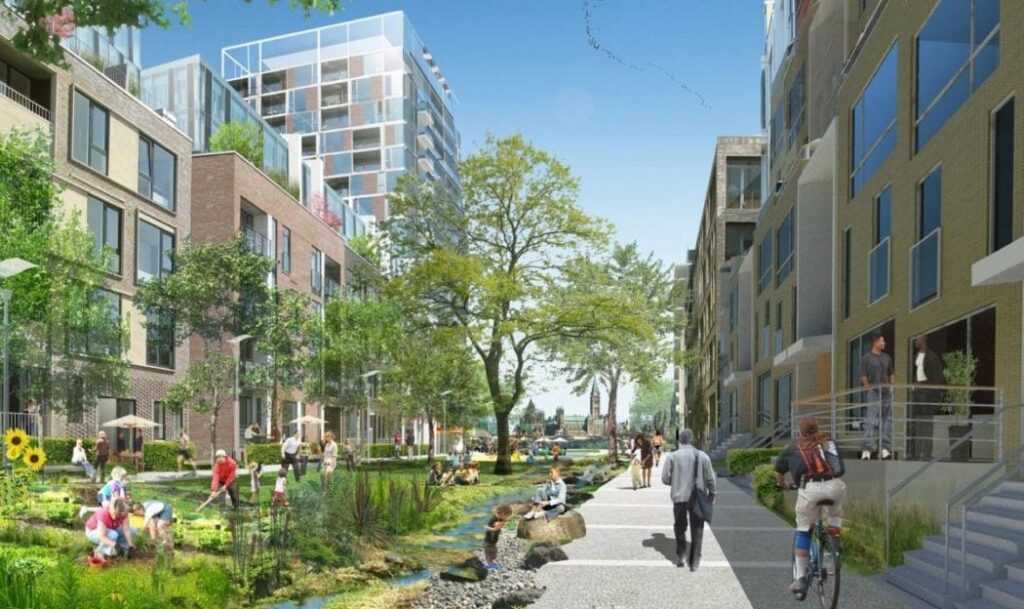 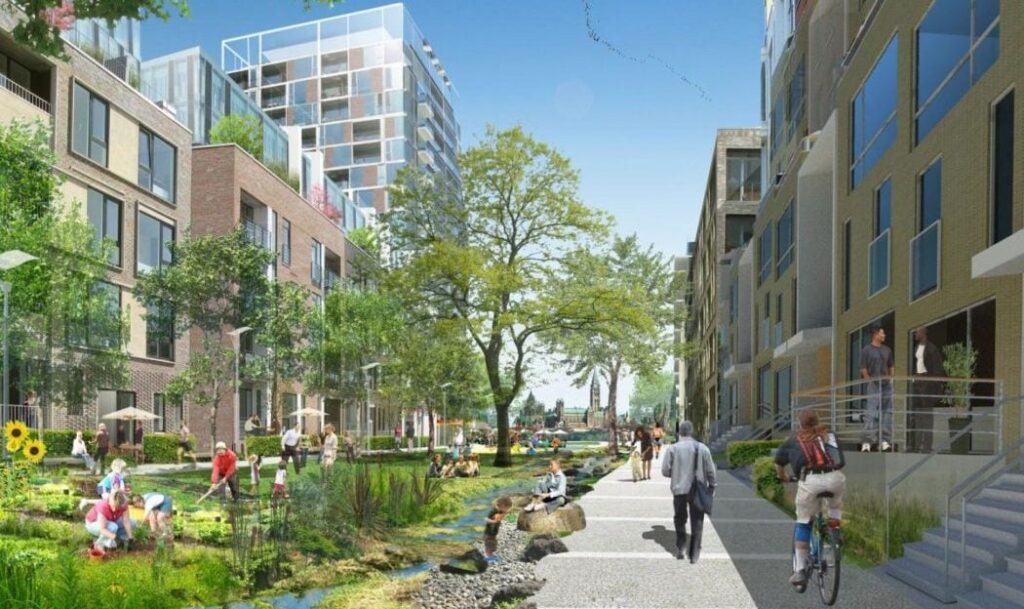 Leading the charge for sustainable building 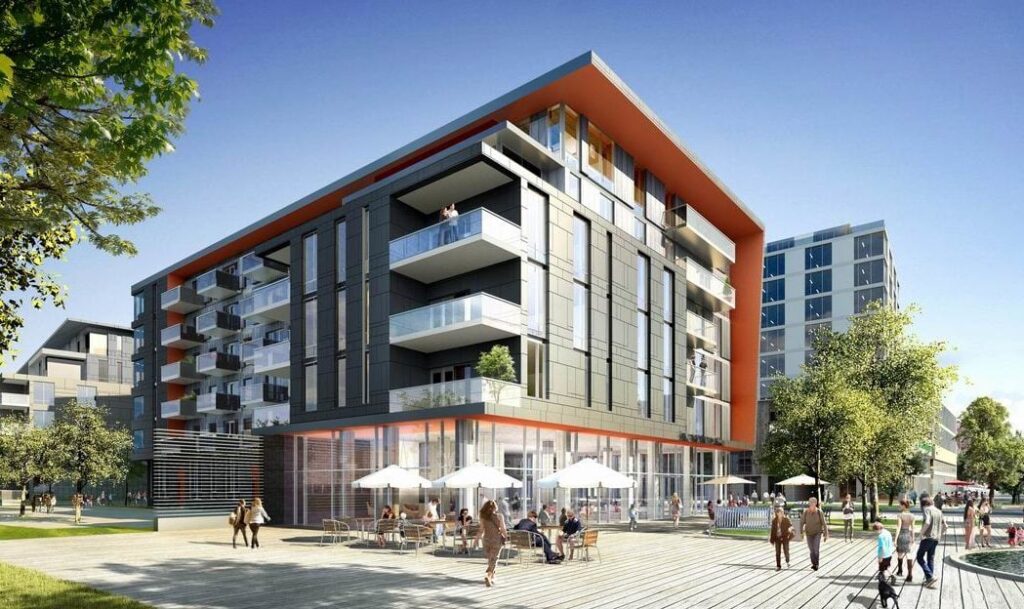