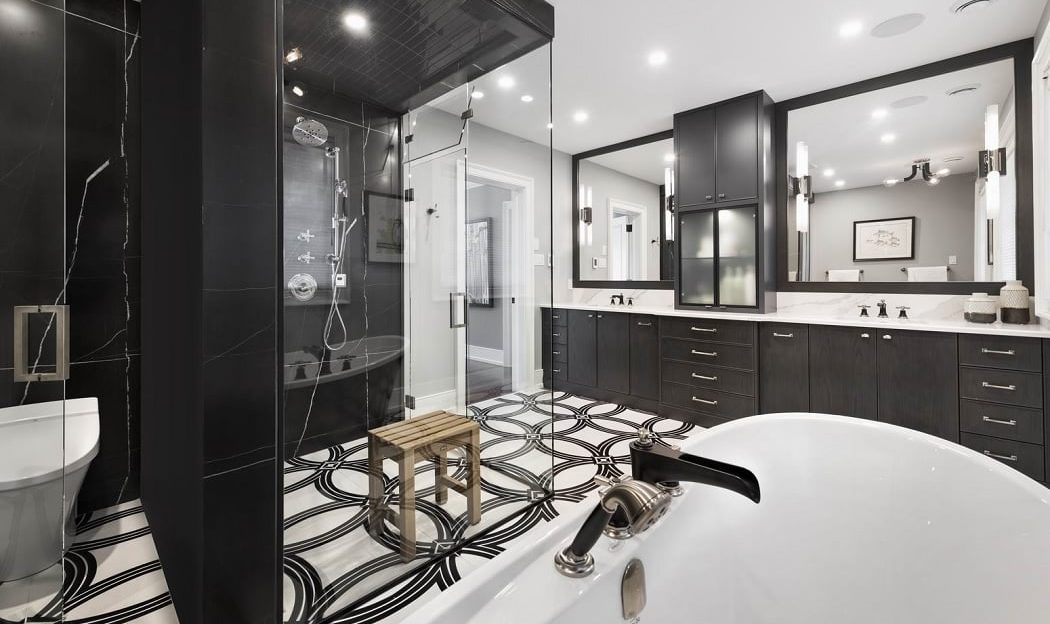 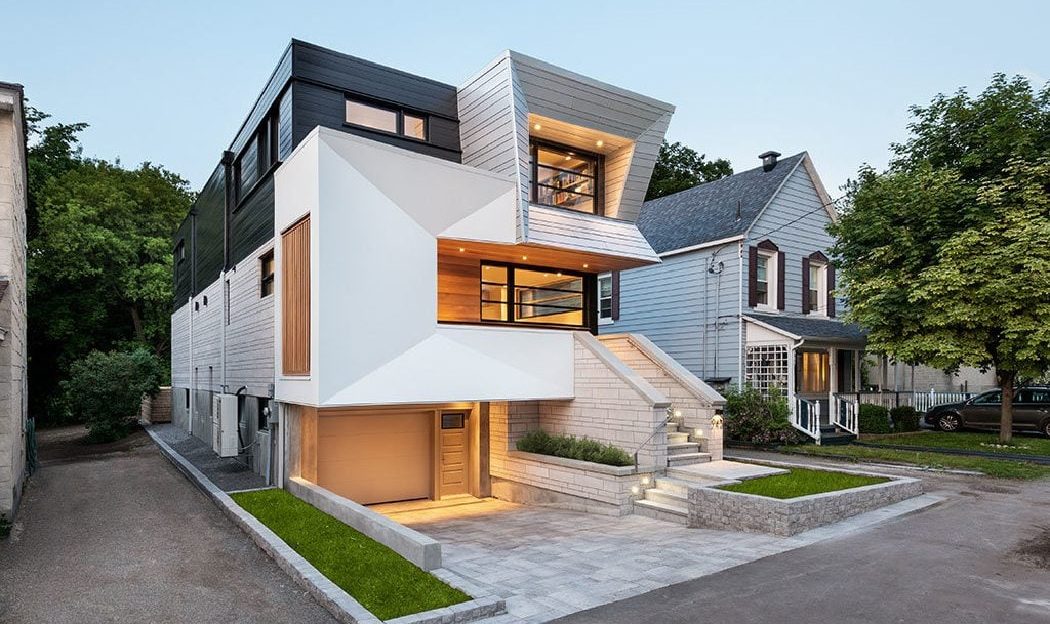 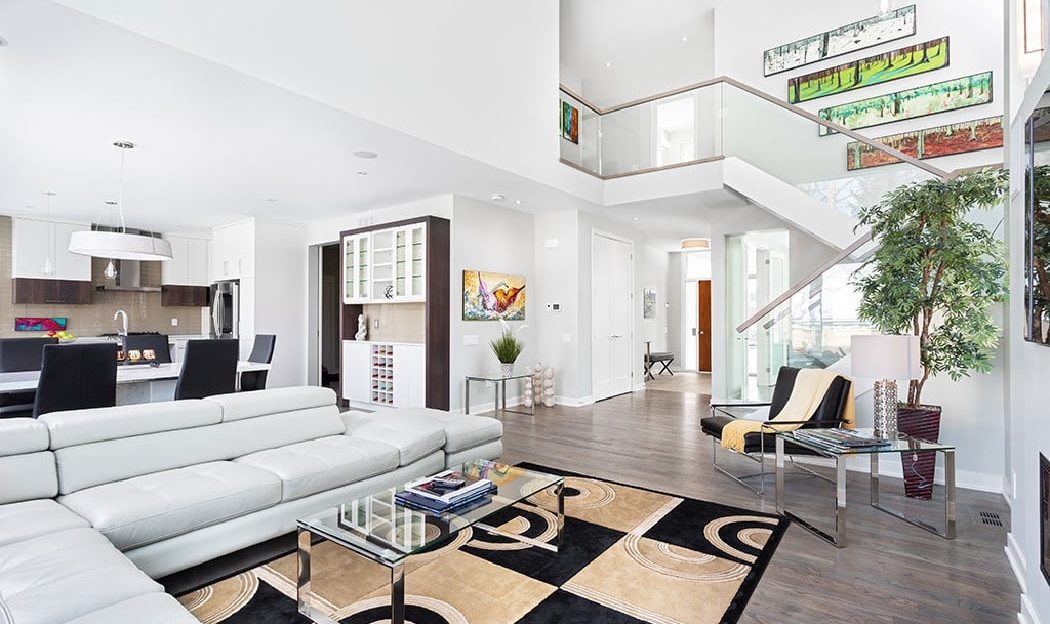 The Meadow by RND Construction and Christopher Simmonds Architect was a production home award winner.

Veteran renovator and custom home builder Amsted Design-Build claimed the renovator award. The company also nabbed top honours in the bathroom renovation category, an award it shared with its collaborators on the project, Irpinia Kitchens and StyleHaus Interiors.

It’s the third time Amsted has won the top renovator award since it was instituted just five years ago, in 2014. Amsted has also been named renovator of the year a record-breaking seven times at the annual Greater Ottawa Home Builders’ Association (GOHBA) awards.

“Renovator of the Year is an exciting award because it speaks to who we are as a company,” said Amsted’s Stephanie Fahey after the awards ceremony. “When you have judges from across Ontario comparing companies’ sales and marketing excellence, ability to innovate, community service and leadership in the industry, and you come out on top of the pile, that’s something to be celebrated!”

Faher added that, in the case of the winning ensuite entry, it was a homeowner request for a bathroom upgrade that ended up turning into a whole-house update. “‘The homeowners worked with StyleHaus to create the design of this dramatic, contemporary space, Irpinia created the cabinetry and Amsted produced the finished result. It was a real team collaboration.”

In a release announcing the winners, the Ontario Home Builders’ Association noted that, at Amsted, “people are their top priority. Operating in the Ottawa area for over 30 years, Amsted Design-Build is also a community champion… (and) shows a commitment to providing sustainable opportunities and take a holistic approach to green design by using sustainable materials throughout their designs.”

Ottawa companies have commanded the provincial renovator of the year category since its inception, winning every year except 2017. As was the case in 2018, all three finalists this year were from Ottawa, the other two being OakWood and Lagois Design-Build-Renovate. 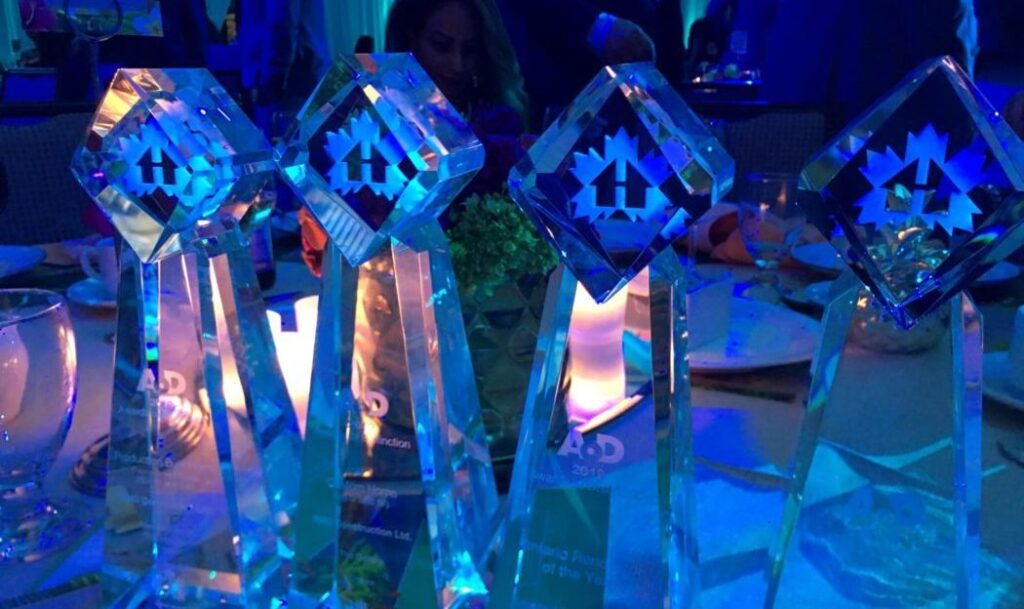 The trophies won by Ottawa companies.

RND’s The Meadow at Riverpark Green won the award for production built home, two to three storeys, 2,501 square feet and over. Designed by Christopher Simmonds Architect, the modern-themed home is part of a small, innovative infill project in Riverside Park South and boasts R-2000 certification for energy efficiency along with an open-concept floor plan and a double-height great room.

“Chris Simmonds did a great job,” said RND president Roy Nandram after the awards gala. “It’s all about the green factor — you don’t often see good design and sustainability together.”

RND also took the provincial prize for custom home, up to 3,000 square feet, for its Galleria project. Designed outside and in with sculptural lines by Ha2 Architectural Design, the infill home in Westboro was named for its owners’ fine collection of art.

The home is also a finalist for the Ottawa Citizen People’s Choice Award at this year’s Ottawa Housing Design Awards.

The major construction challenge was the framing of the house, says Nandram. “It has a steel skeleton and all those projections made it difficult to achieve the architectural goal.” RND met the challenge by approaching the project on a piece-by-piece basis and “by having lots of on-site discussions to meet the goals.”

Learn how you can vote in the People’s Choice Award


In all, Ottawa had 11 finalists vying in this year’s provincial awards.

The Awards of Distinction recognizes excellence in building, design, professional renovation and sales and marketing. Entries were judged by a panel of industry professionals from across Canada.

In a special ceremony Monday night, Bob Ridley of Ottawa’s Skilbilt Construction was named the Ontario Home Builders’ Association 2019 Member of the Year for his contribution to the residential construction industry, the provincial association and to GOHBA.

“It’s pretty exciting. It’s the highest honour they can give,” said Ridley.

Already a very busy man, he is also taking on the role of second vice-president at the provincial association. “I always try to find time for stuff like that because I’ve had a great career in the industry and I think it’s good to give back,” he said.