ADVERTISEMENT
»New Homes»Articles»Mapleton in Kanata: A mix of new homes for sale and for rent

Mapleton in Kanata: A mix of new homes for sale and for rent 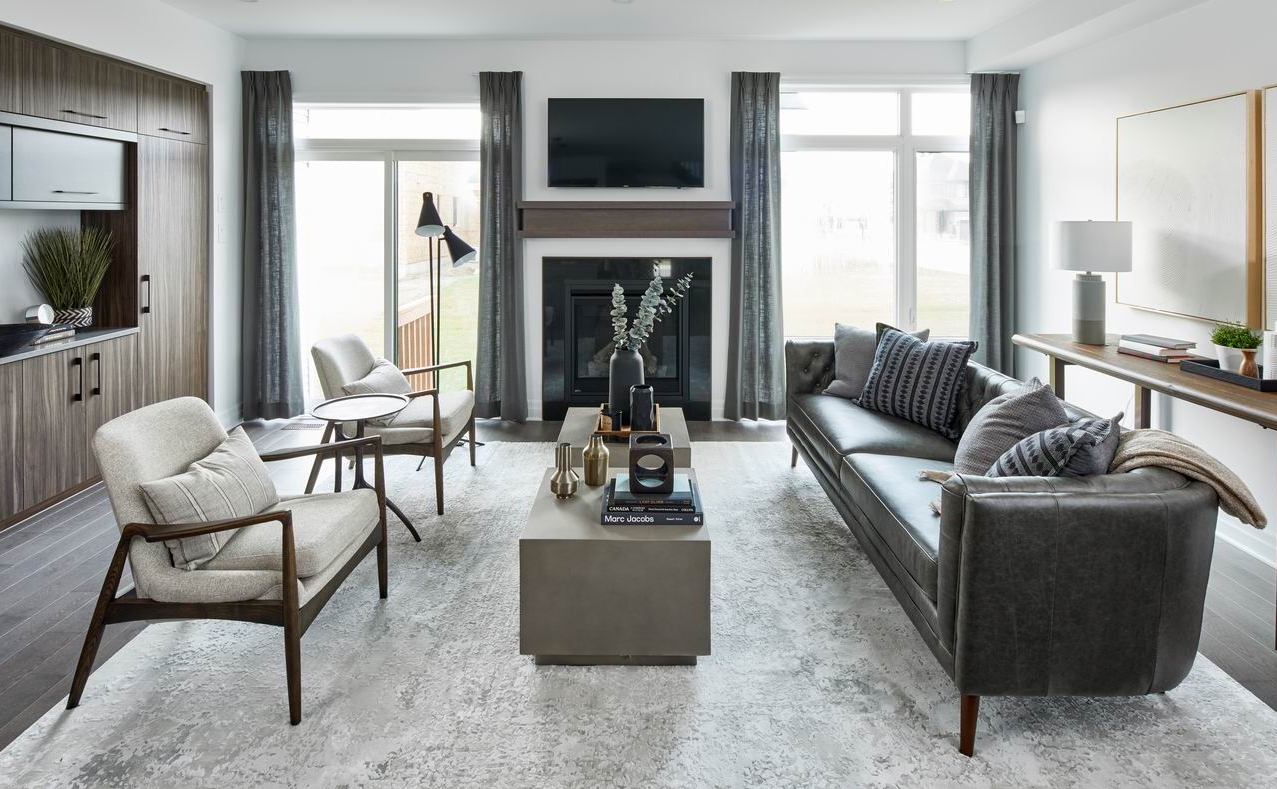 Townhomes for sale at Mapleton range from 1,939 to 2,120 square feet. Shown is the Kenora, one of Richcraft’s newest floor plans.

Richcraft Homes has taken an unexpected approach with its latest development, called Mapleton in Kanata.

Usually when a builder launches a new project, sales will begin before construction starts, leaving the buyer with a wait of a year or more before they can move in.

But in the case of Mapleton, Richcraft started building first, then launched sales when the first homes were nearing completion. That meant a home could be bought in December and ready for move-in by January.

Like most builders, this isn’t the way Richcraft normally launches a development, but Mapleton is an unusual case. The 90-acre site will be a mix of almost 1,000 townhomes, singles and rentals, and it’s the rentals that have upended the typical timeline. 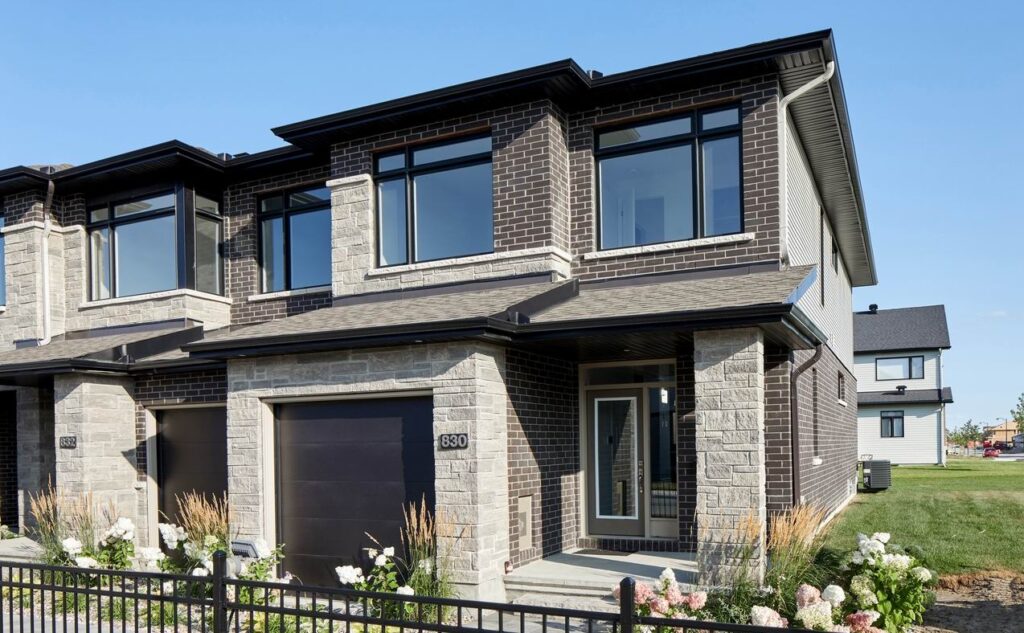 The majority of homes for sale at Mapleton will be two-storey townhomes, including the Kenora.

The first 15 or so homes offered for sale in December were originally slated to be rentals. But Richcraft changed direction mid-build.

“Due to the lack of inventory on the market, we wanted to put them up for sale and provide quick closings,” says Shawn Bellman, Richcraft’s marketing manager.

Those first releases have since sold and Richcraft expects to release more two-storey townhomes for sale this spring, along with back-to-back rentals. Later releases will include rental flats and single-family homes.

The mix of rentals and homes for sale was chosen to “create a community that had something for everyone,” Bellman says, offering affordability and the choice of owning versus renting. While the majority of homes that will be for sale are slated to be towns (478), the 72 singles to come in a later phase provide a move-up option for buyers.

“You could start out renting and have the opportunity to buy, all while being in the same community,” he says. 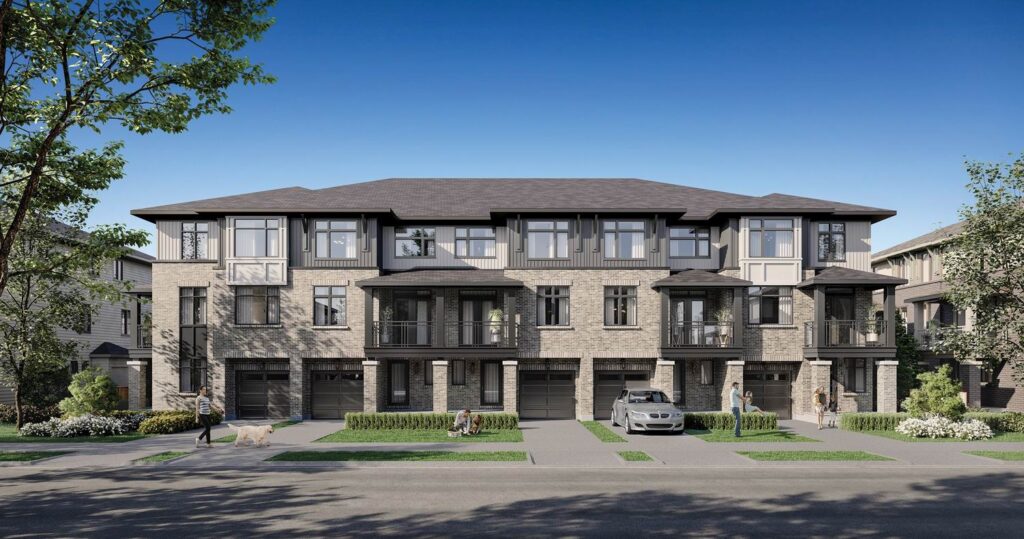 Richcraft’s Jasper townhomes for rent are three-storey back-to-backs with a garage, basement and ground-floor den.

Mapleton is located off Maple Grove Road between the Carp River and Poole Creek and in behind the big box retail of Hazeldean Road. It’s walking distance to Kanata’s Bell Sensplex and Walter Baker Park and within site of Canadian Tire Centre, making it central to a range of amenities.

The development itself will include natural areas, walking trails, parks and space for a school.

Of the townhomes for sale, there are currently four floor plans, ranging from 1,939 to 2,120 square feet and either three or four bedrooms. They come with engineered hardwood floors, quartz or granite counters, nine-foot ceilings on the main floor and finished basements, among the included features. Pricing for the next release was still being determined at the time of writing, but for the December launch, starting prices were $694,561 to $760,013. 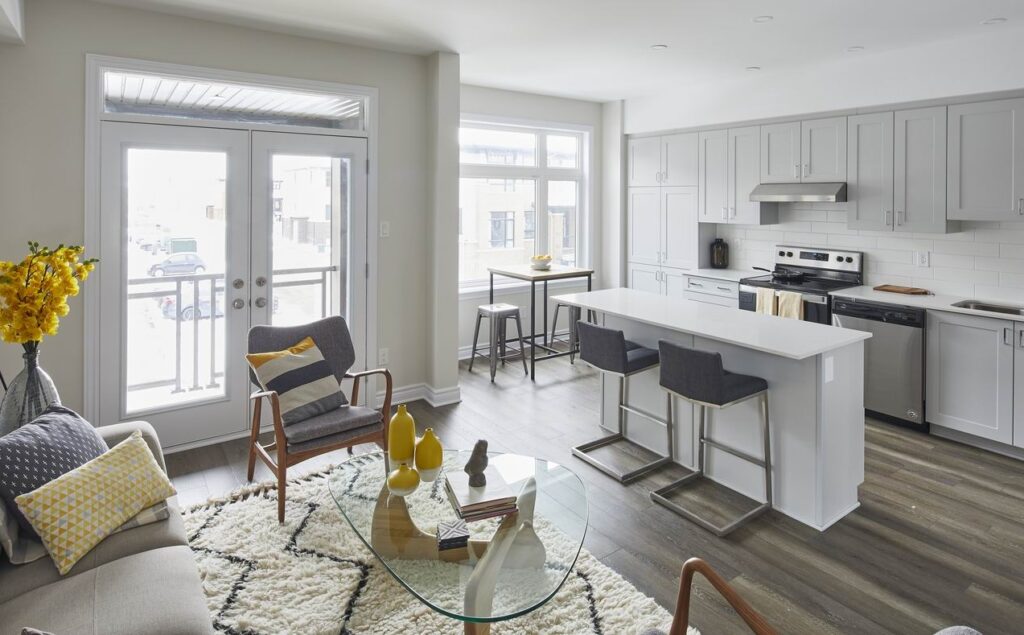 Back-to-back rental townhomes will include many of the features of townhomes that are for sale.

Bellman notes that the rentals “have a lot of the same feature that can be found in a home for purchase,” although the hardwood is replaced with vinyl plank floors.

The townhome rentals coming soon are Richcraft’s Jasper three-storey back-to-back towns. They range from 1,450 to 1,585 square feet with two or three bedrooms. There’s a basement, a den on the ground floor and a covered balcony on the main living level.

Mapleton is expected to be built out over several phases.

For more information about Mapleton, see our development profile. 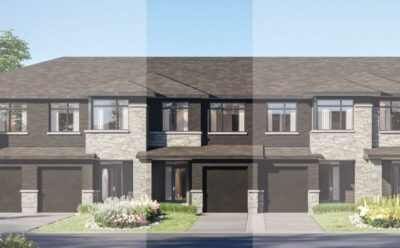 More from
All Things Home®
Where are they building? Discover Ottawa’s new-home projects
Researching builders? Check our business directory
Where do you want to live? Explore Ottawa’s communities
ADVERTISEMENT