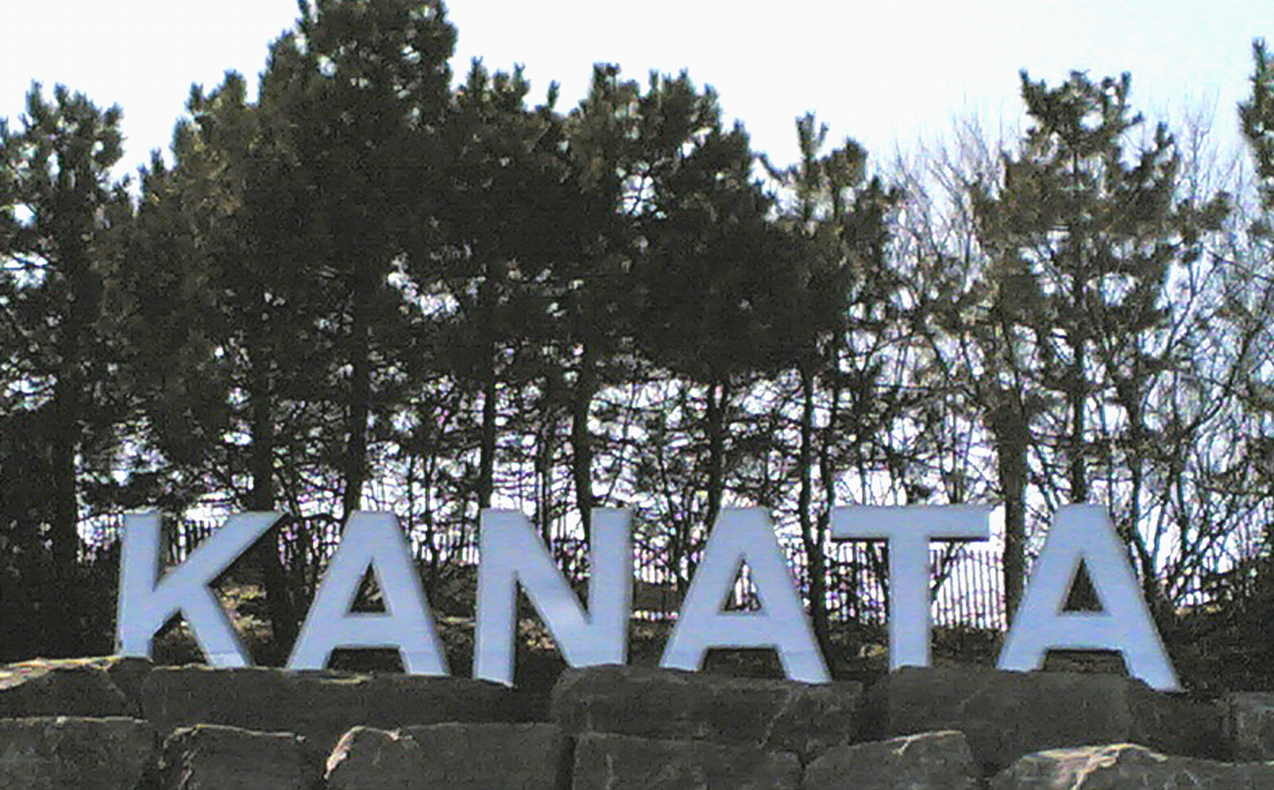 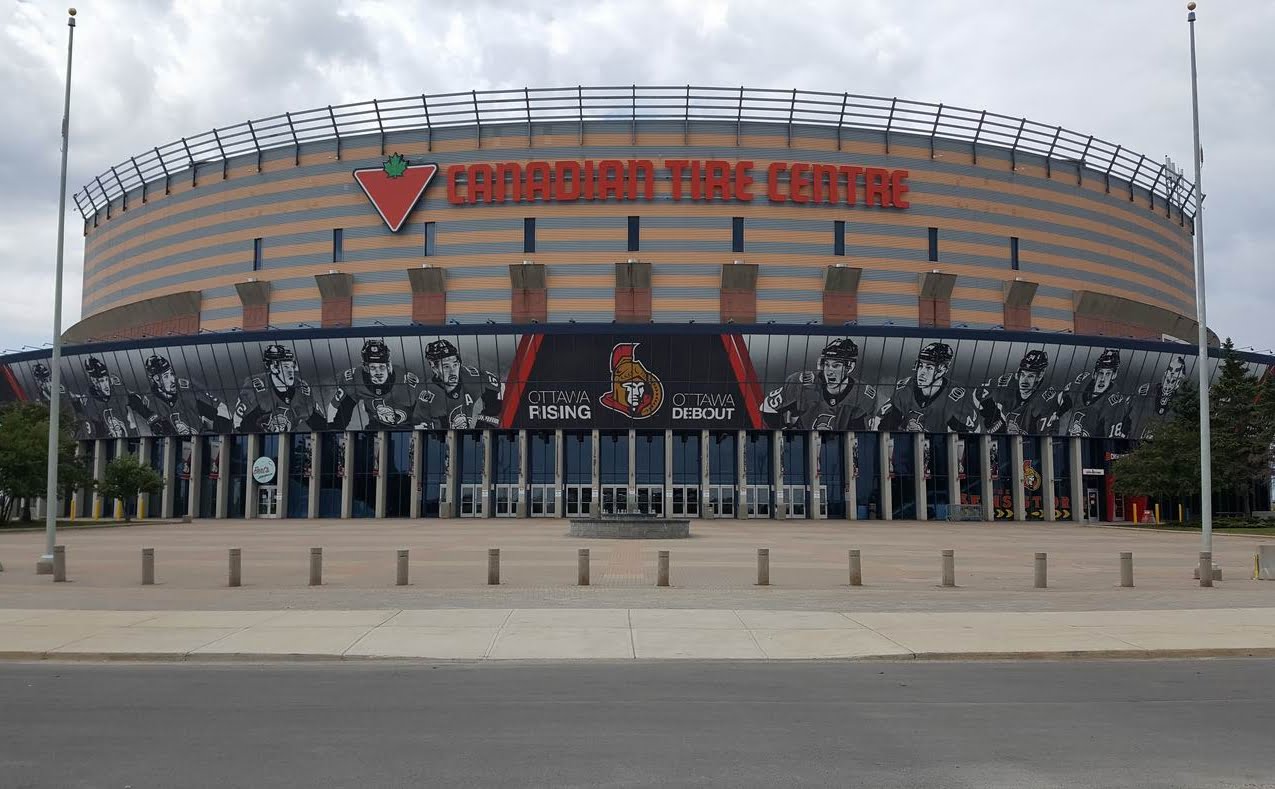 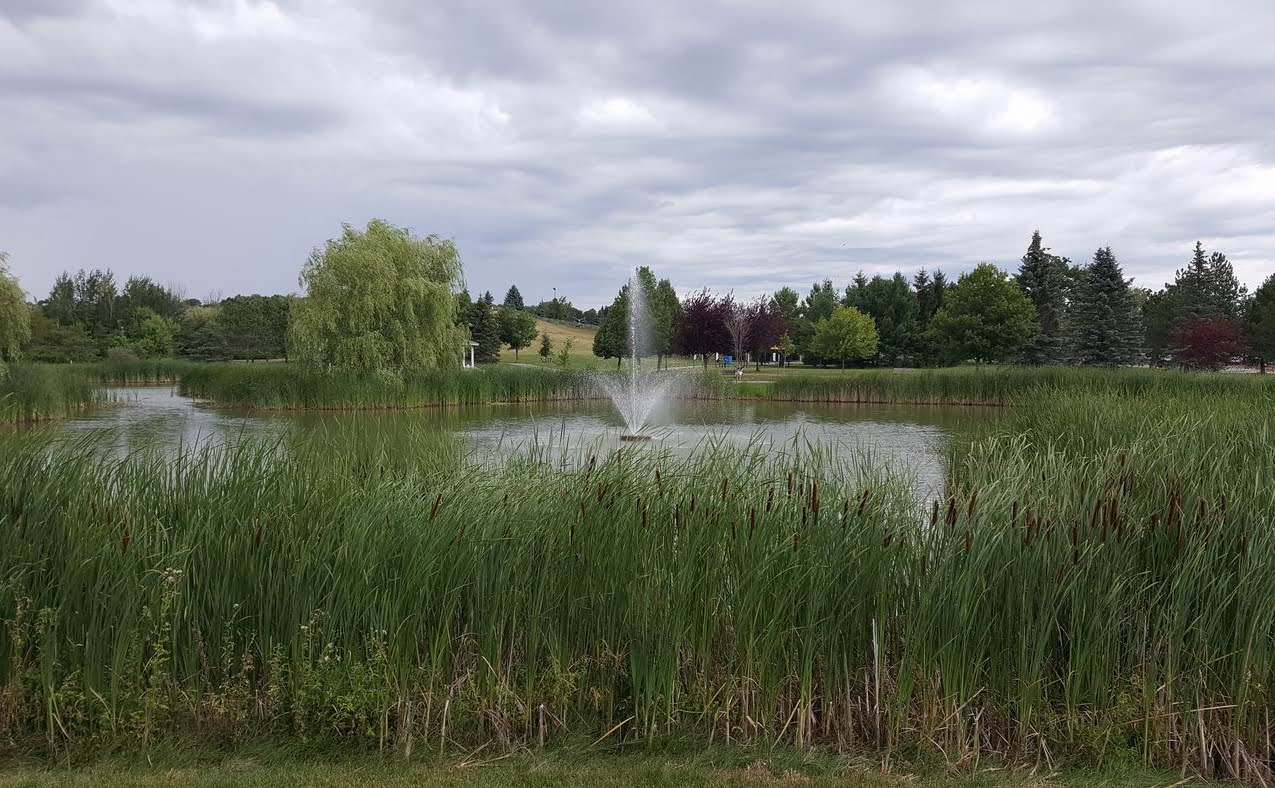 The Kanata sign, a remnant from the days when Kanata was its own city, greets travellers on the Queensway at the Eagleson/March Road exit.
Photo credit: AllThingsHome.ca
Kanata is home to the Canadian Tire Centre, the rink of the Ottawa Senators National Hockey League team.
Photo credit: AllThingsHome.ca
A gathering place for Canada Day events, local sports and much more, Walter Baker Park between Terry Fox Drive and the Carp River is a popular spot.

Kanata is just west of the National Capital Commission Greenbelt, which forms its eastern boundary. It extends west roughly to the Carp River and Huntmar Road, south to Terry Fox where it swings east to meet Old Richmond Road, and north to March Road where it swings west towards Carp. 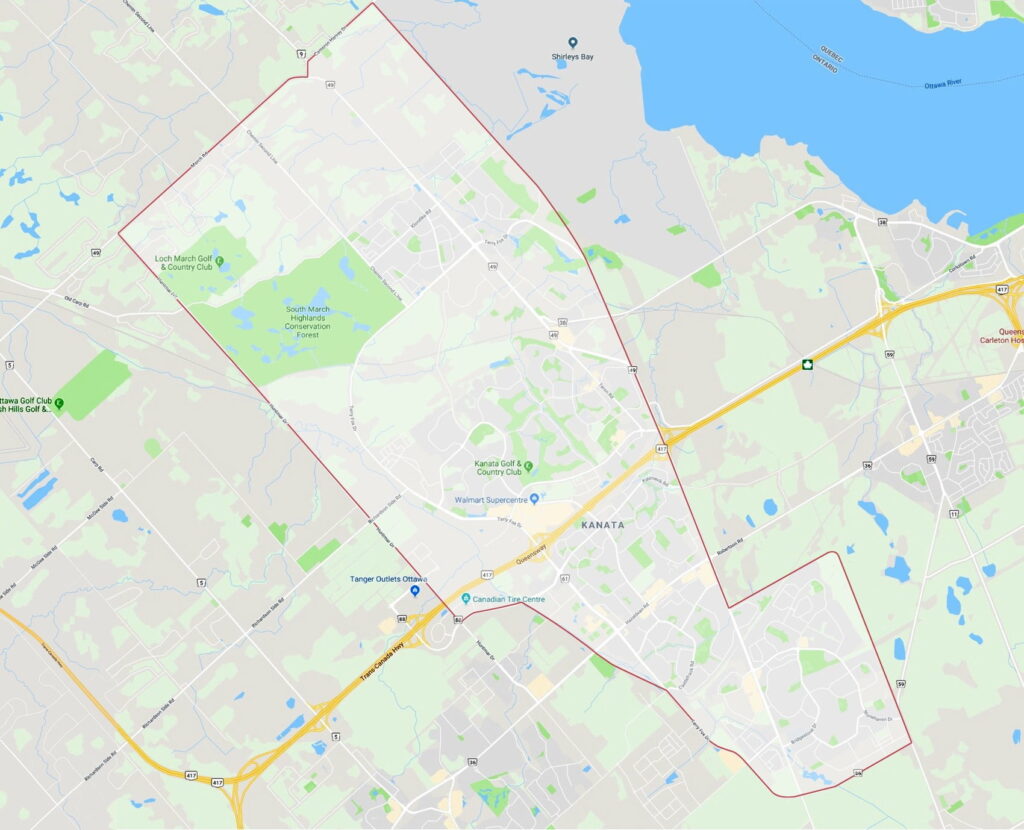 First settled as March Township in the early 1800s, the area remained largely agricultural until developer Bill Teron chose to create a “garden city” of individual communities in the 1960s, starting with Beaverbrook.

Teron’s vision was to create clusters of housing in distinct communities, with a town centre and generous natural spaces in between them. Although he never finished his vision, the suburb continued to grow, ultimately being incorporated as the City of Kanata in 1978 before eventually amalgamating with Ottawa in 2001.

Bisected by the Queensway, Kanata is divided along the highway into northern and southern portions, with growth spreading west along Hwy. 417 and radiating out from it.

The name Kanata comes from the Aboriginal word meaning village or settlement. It’s also said to be the origin of the name of Canada.

The suburb is home to the NHL’s Ottawa Senators, as well as being nicknamed Silicon Valley North for the number of high-tech companies concentrated in the community. Although that number diminished following the tech crash of 2000, the Kanata North Business Park still has a large number of tech companies, including Nokia, Ciena and MDS Nordion.

There are several. Some of the key ones include:

As a former city, Kanata is blessed by having a complete suite of amenities, services and well-developed infrastructure. Being outside the greenbelt, it is conveniently close to popular rural destinations such as Richmond, Almonte and Carp as well as having abundant natural attractions itself.

There are also independent schools such as Kanata Academy and Kanata Montessori and the Carpenters’ Union training centre.

From retail to service industries and commercial enterprises, the area has a wealth of businesses, including:

Too many to name, some of the area’s amenities include:

As a well-established and robust community, Kanata has virtually every service needed, with the exception, perhaps, of its own hospital.

There are churches of various denominations. There are also several community associations, including:

And there are service groups such as the Kanata Seniors’ Centre, Kanata-Hazeldean Lions Club, the Ruddy-Shenkman Hospice and the West Ottawa Board of Trade. The Royal Canadian Legion is also headquartered here.

Kanata is a major hub for OC Transpo, which services four Park & Ride locations, as well as smaller community bus runs. The Transitway is now extended to Moodie Drive and Light Rapid Transit is coming, but it is not expected before 2031.

The Queensway is a primary route to and from Kanata, with the Hazeldean/Robertson Road corridor through Bells Corners as well as West Hunt Club as secondary east-west routes.