The Commons launch: ‘We’re the hole in the doughnut’ 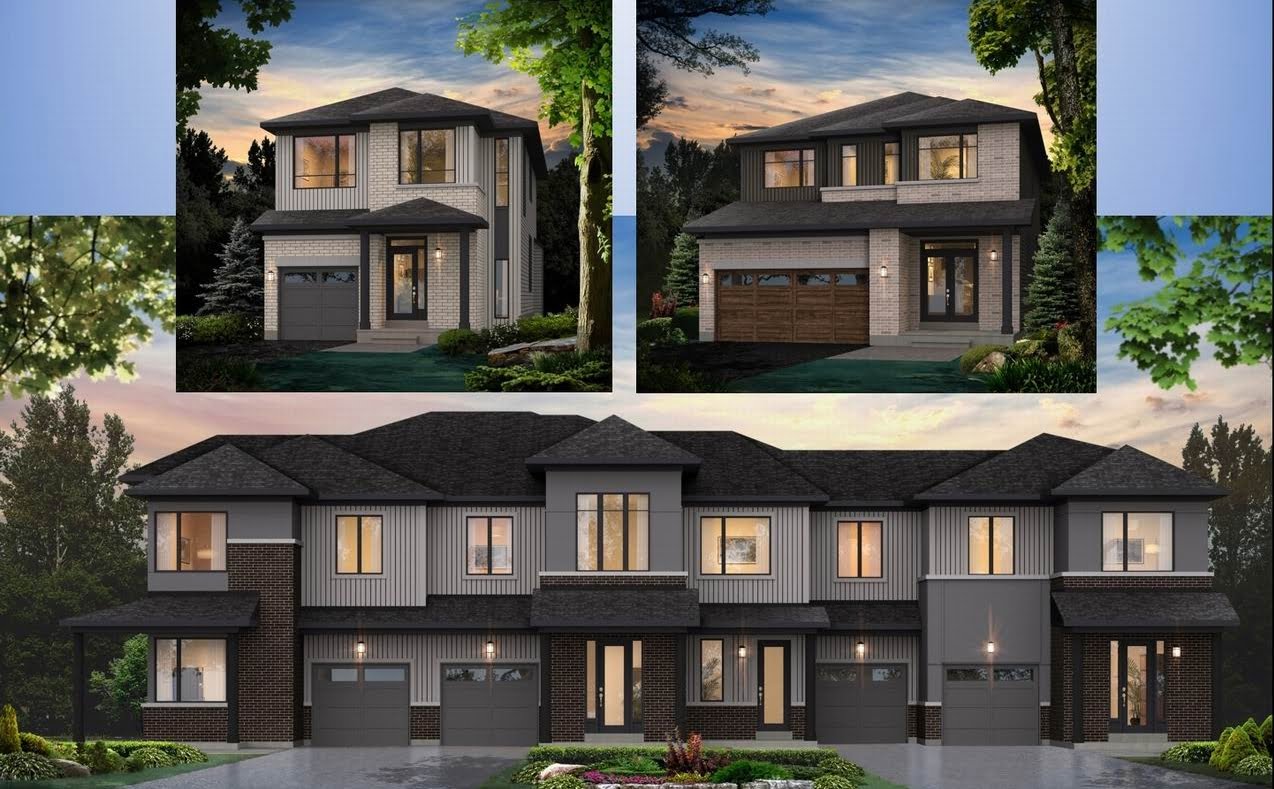 Glenview unveils a more modern townhome elevation at The Commons, along with two new single floor plans, the Haven (top left) and the Hillcrest (top right).

It’s like a giant infill of sorts. Glenview Homes returns to Orléans with the launch this weekend of The Commons, a 302-home development off Innes Road that is part of a much-larger master-planned community on former industrial land.

The site takes advantage of being rare undeveloped land surrounded by mature neighbourhoods that already boast a wealth of amenities and services.

It’s an apt description. The Commons makes up the western portion of what’s known as phase three of the East Urban Community development plan, a 220-hectare swath of mostly fields set back from Innes Road and north of Brian Coburn Boulevard, straddling Mer-Bleue Road. 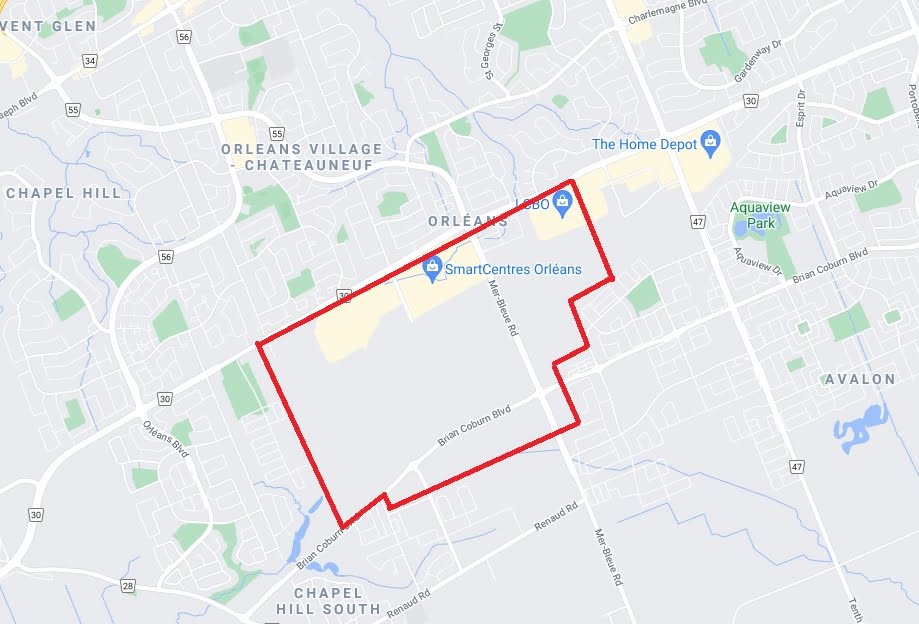 Phase 3 of the East Urban Community — the hole in the doughnut — extends south from Innes Road east of the Orléans Village development by Caivan Communities to about Lanthier Drive. Photo: Courtesy Google Maps

“Here was this big, unutilized area in a great location,” says Shabinsky. “It’s a logical area to develop. Instead of sprawling outwards, let’s take advantage of this big area.”

Established communities such as Chapel Hill, Orléans Village, Chapel Hill South and Avalon make up just a few of the neighbourhoods around the Glenview site, which means everything is close at hand.

“It’s an ideal location,” says Glenview sales and marketing manager Mirjana Opat. “It has great transit, schools, parks, you’re very close to local shops, tons of amenities, the new Orléans medical hub is just at Mer-Bleue… It’s a great place to live; you have everything that surrounds you.”

Within the community itself there will be parks, including one that Glenview will build at the south end that ties into a storm pond network and its host of trails. The Community Design Plan for the East Urban Community also calls for a future bus transit route beside the hydro corridor that cuts through the area, and sections of mixed-use employment.

And, Shabinsky adds: “From a location perspective, you really are as close to the core and the greenbelt as any site in Orléans, where most of the development in Orléans is much further east.” 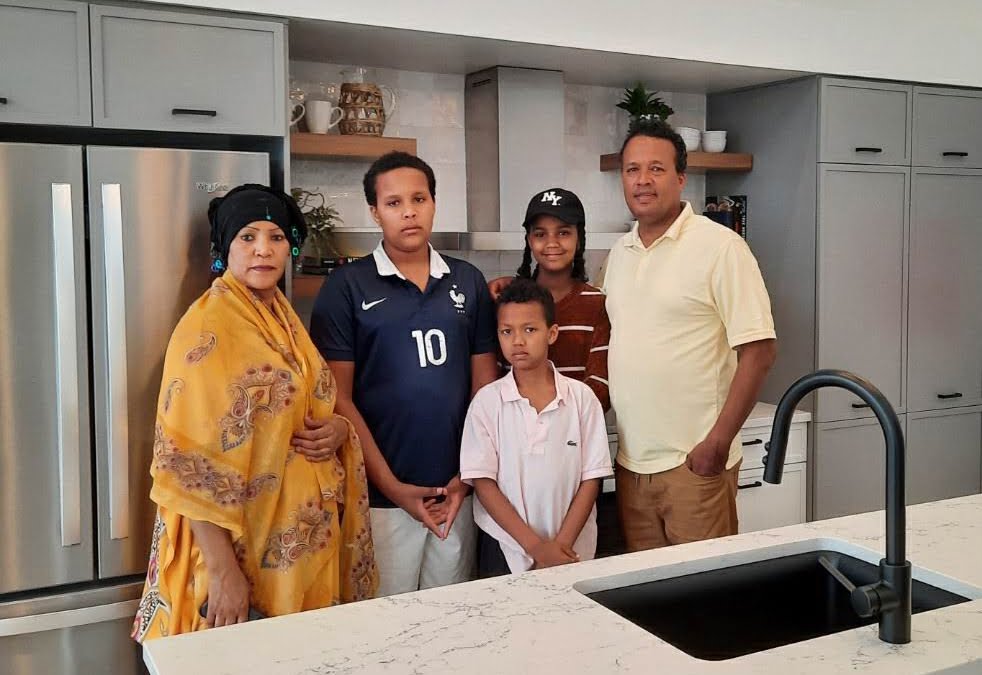 For buyer Nabeyu Adem, that quick drive to downtown is a bonus. Offered early access to The Commons as a repeat Glenview buyer (he bought a townhome at the builder’s Edgewater development just south of Brian Coburn in 2017), the new home will shave 10 minutes off his drive, not to mention the extra elbow room it will provide.

Adem, his wife and their three children are moving up to Glenview’s largest single-family home, the award-winning Blakely. “Because we have kids, a bigger home (makes sense),” he says. “It’s perfect.” 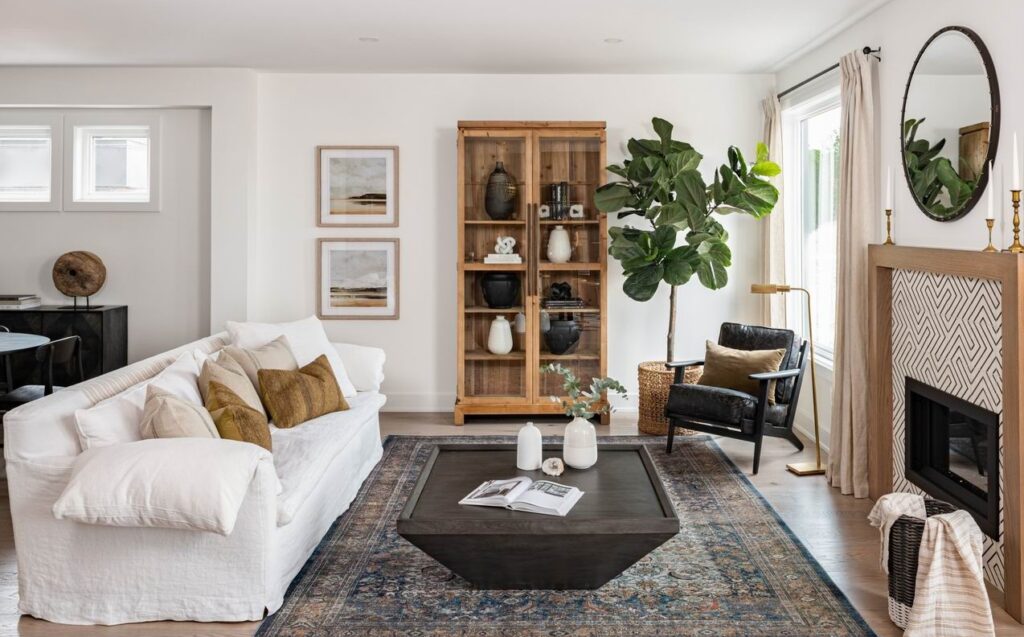 The Commons is offering 302 townhomes and single-family homes on 30- and 36-foot lots. There are also plans for more than 150 stacked towns down the road. Floor plans include two new singles, the Hillcrest and the Haven, and new modern elevations for the townhomes.

“A lot of it is listening to our customers, their feedback, and filling voids in our existing offering,” Shabinsky says of the new floor plans.

Standard features include finished basements in both towns and singles, granite or quartz counters, nine-foot ceilings and eight-foot interior doors on the main floor, hardwood on the main floor and architectural shingles.

Glenview is sticking to the plan it has adopted over the past year, which means lots will trickle out regularly. While 13 lots are being made available for the May 29 opening as a way to meet some of the pent-up demand — an email blast to about 1,500 registrants generated link clicks from more than 1,000 of them — afterwards buyers can expect one or two lots a week to be released.

“That allows us to give purchasers a proper experience… instead of feeling rushed through the process,” says Shabinsky.

Initial occupancy is expected for September 2022.

For more information, see our development summary of The Commons. 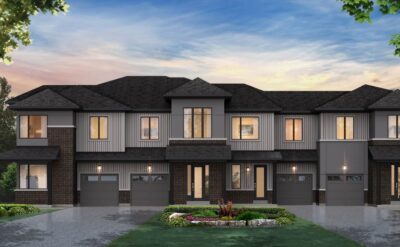