Urban Capital returns with the launch of James House 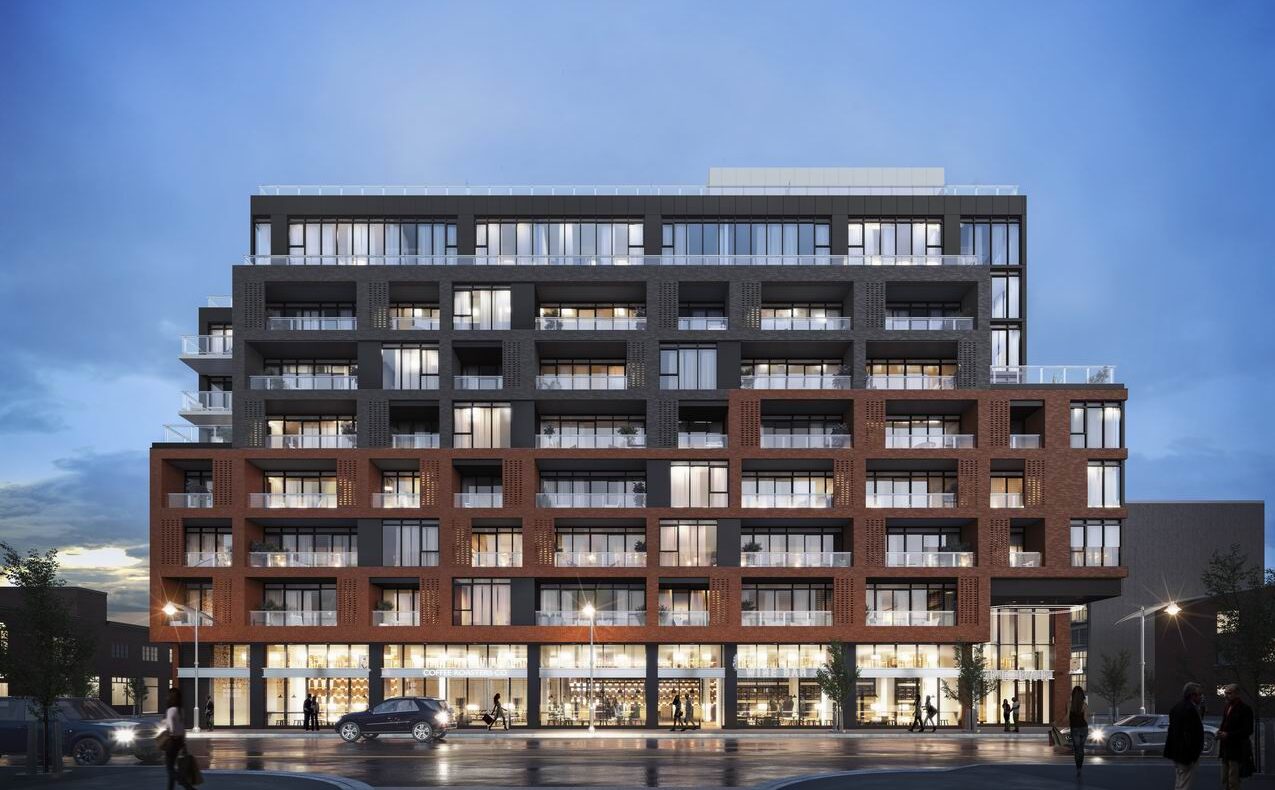 James House is an eight-storey condo building by Urban Capital to be built in Centretown on the site of the former James Street Pub.

After a five-year absence from Ottawa, Toronto developer Urban Capital has returned with the launch of James House, an eight-storey condo building in Centretown.

Just blocks away from its last Ottawa development — Central and Hideaway — Urban Capital is continuing what it calls its revitalization of this section of Bank Street.

“It’s exciting for us to come back to Ottawa,” says development director Taya Cook.

James House will be built on the site of the former James Street Pub, taking up most of the block along Bank between Florence and James streets. Called the James Street Feed Company until 2007, the establishment had operated for more than 30 years and was a neighbourhood landmark with a large patio. 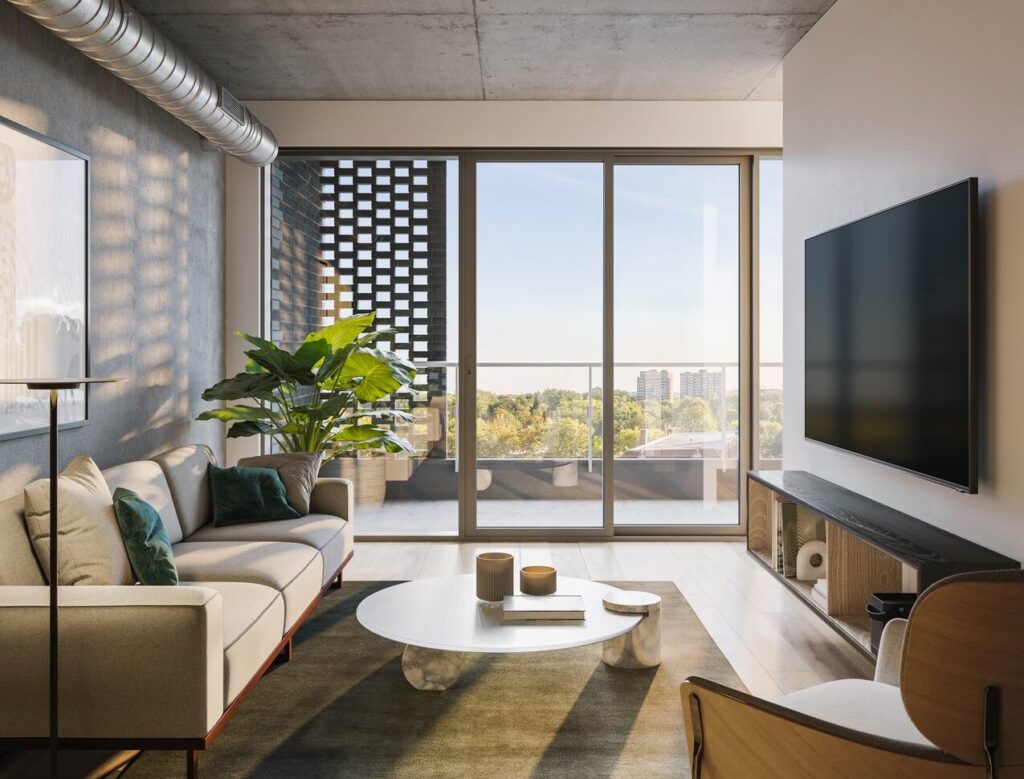 Units range from a 497-square-foot studio to three bedrooms with 1,331 square feet.

The building will see 127 loft-style condos, ranging from a studio with 497 square feet to a 1,331-square-foot three-bedroom, with ground-floor retail space that could include a revived James Street Pub.

“We’d certainly be open to having a version of the James Street Pub come back,” Cook says. There have been talks, but nothing is firm yet.

The building adds a modern twist to the area’s heritage elements, with a mix of red brick for the lower floors, dark grey brick on the upper floors and lots of glazing.

“The building is intended as a contemporary interpretation of a typical mainstreet building. Rather than exaggerated cornices and stepbacks, it has a taut but highly patterned skin,” says Roland Rom Colthoff, director at RAW Design, which designed the building.

“It’s the style of building we like… and we do it because we feel it works,” Cook says. 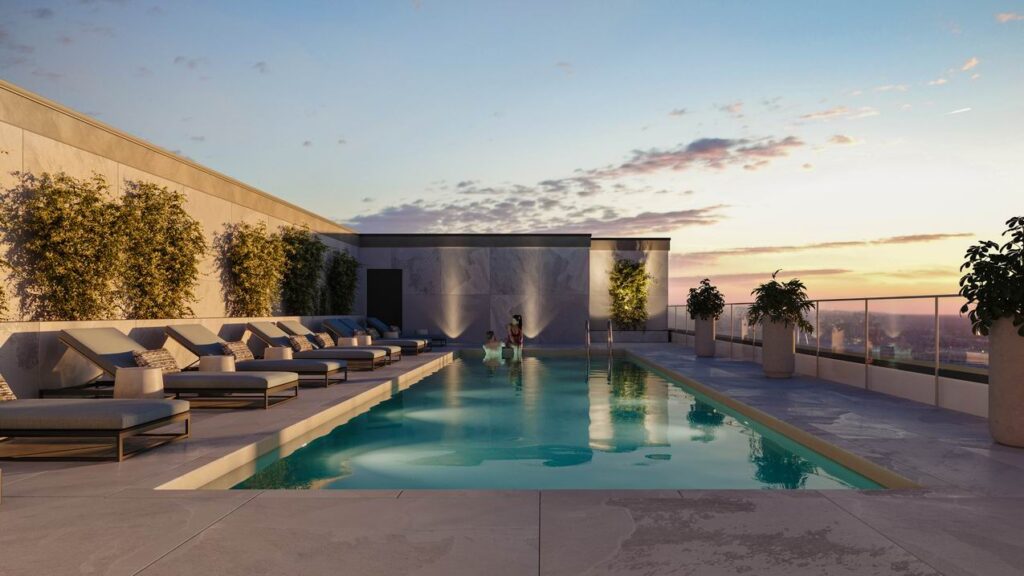 The rooftop outdoor pool is salt water and heated.

And the top-floor penthouses include the added bonus of a walk-up to a landing that leads to rooftop terraces surrounding the heated outdoor salt-water pool.

“James House features some unusual and valuable features that will make it a great residence,” says Colthoff.

Derek Nzeribe, regional director of Milborne Group, which is representing sales at James House, says interest level in the project “has been through the roof.”

When they first started promoting the project on social media at the end of January, 500 registered in a week, adds Cook. “That blows Toronto or any other market we have out of the water. I would expect maybe 100.” 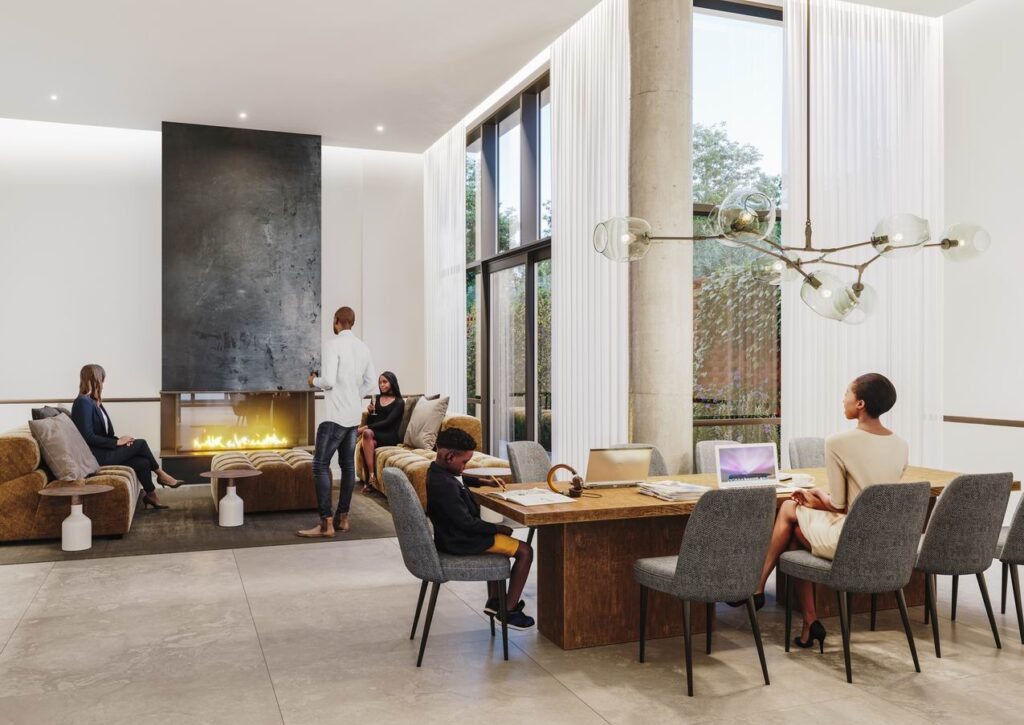 The lounge boasts a fireplace clad in hot-rolled steel and is meant to encourage hanging out, hosting a party or getting some work done.

While interest in condos waned in the early months of the pandemic, Urban Capital is not the only developer to see demand pick up recently. “Starting in about mid-January it just has been going crazy, in terms of demand, in terms of sales at our existing sales centre,” Cook says.

She says the company started to see a shift in the market locally last fall with buyers reaching out for information about their next project. “And it’s sort of been just snowballing since so it feels like the right time to come back.”

Urban Capital has not really adjusted its unit layouts in response to the pandemic, but it has given thought to how amenity spaces could be better used. The traditional condo amenities were a gym and a party room, which would only be used at certain times, Cook says.

“Looking at ways these spaces are used more — not 24/7 but at least 12/7 throughout the week — has been really important.” That means comfortable seating in the lounge/party room and desktops with a large table that can be used for hosting a gathering or as a daytime workspace. 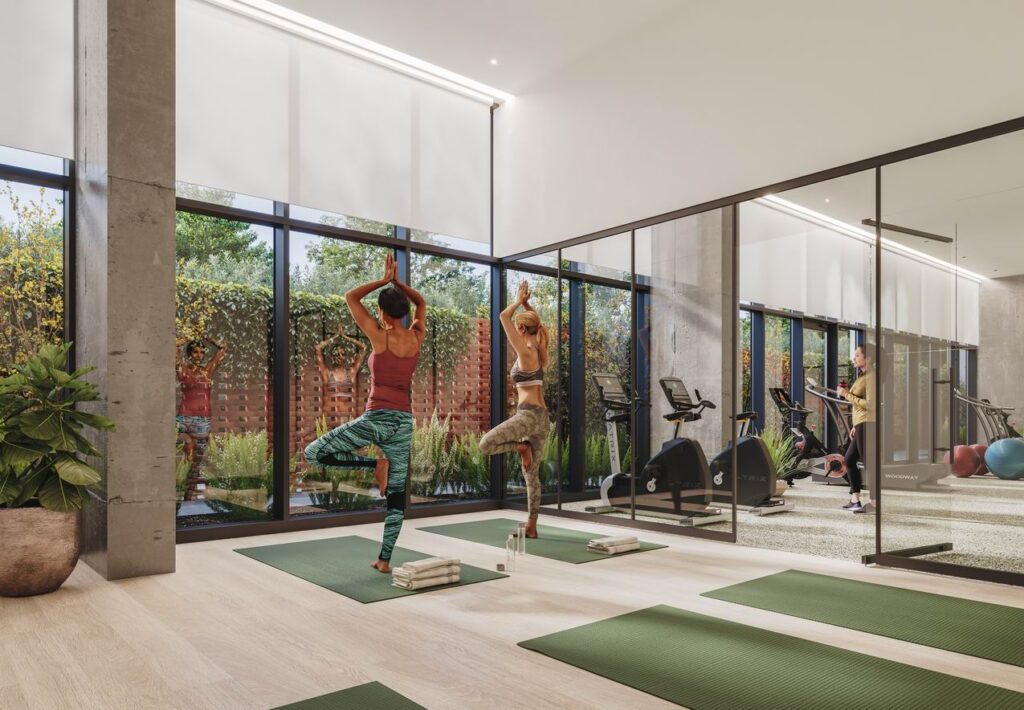 The exercise room is on the ground floor and looks out on an enclosed Zen garden.

Other amenities include a dog washing station that can be accessed from the exterior without having to go through the lobby, an executive concierge (covering the work week), parcel storage, a Zen garden off the exercise room and a handy product library that will include items residents occasionally need but don’t want to store themselves. Think a six-foot ladder, a pop-up crib for visiting grandkids, a cake mixer, or tennis rackets.

“Storage is such a concern,” Cook says. “We were trying to think, ‘How can we make condominium living that much easier, enjoyable and stress-free?’ and that was a big part of it.”

Occupancy is expected in spring 2024.

What: An eight-storey condo building with 127 units in Centretown

For more information, check our development profile of James House.