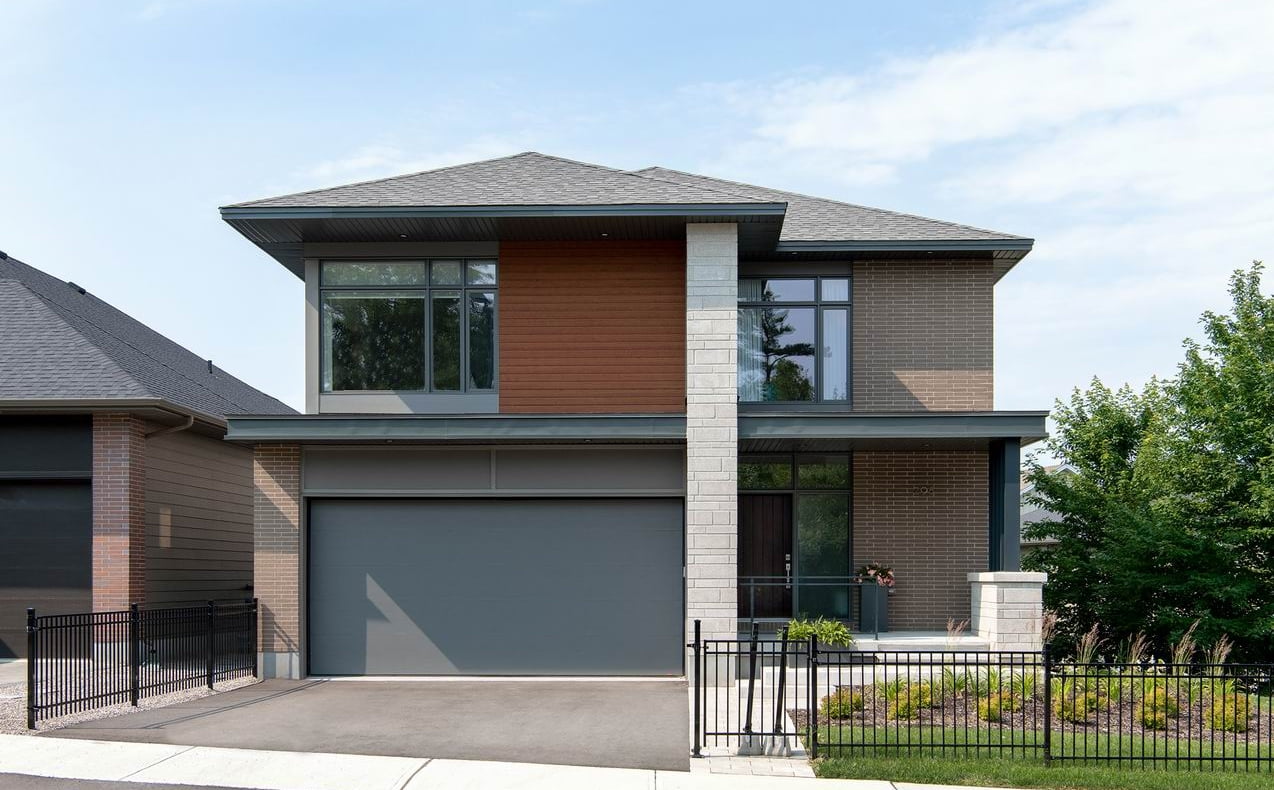 Photo credit: Gordon King Photography
The Hillcrest is a four-bedroom home with just over 3,000 square feet, not including the finished basement.

COVID may have changed the purpose of the new model home at Richardson Ridge in Kanata, but builder Uniform Urban Developments has made the most of the situation, creating an inviting show home that’s all about comfort.

Called the Hillcrest, the four-bedroom, 3.5-bathroom two-storey home was started pre-COVID and was meant to “get people interested in buying” when Uniform was ready to resume sales at the development late last year, says marketing manager Emily Meyers. But, she adds, “we kind of got caught in the midst of COVID.”

Although the new model home was technically finished in time for sales to begin at Richardson Ridge, safety protocols meant the public could not stop by and tour it. “Only people who secured lots and were ready to buy were coming in and so this model… we sort of used it in reverse and it was people who had bought who then used it as a touring tool to solidify their buying decision.”

The company debated whether to finish building it as a staged model or simply complete it and sell it. “We realized it was important to just forge ahead, complete it, and use it as a marketing tool in whatever way we could imagine in a COVID world,” Meyers says.

The home has proved popular among Uniform’s buyers at Richardson Ridge. Although architectural guidelines limited how many lots could have the Hillcrest floor plan to maintain a varied streetscape, “wherever anyone could put a Hillcrest they did,” she says. 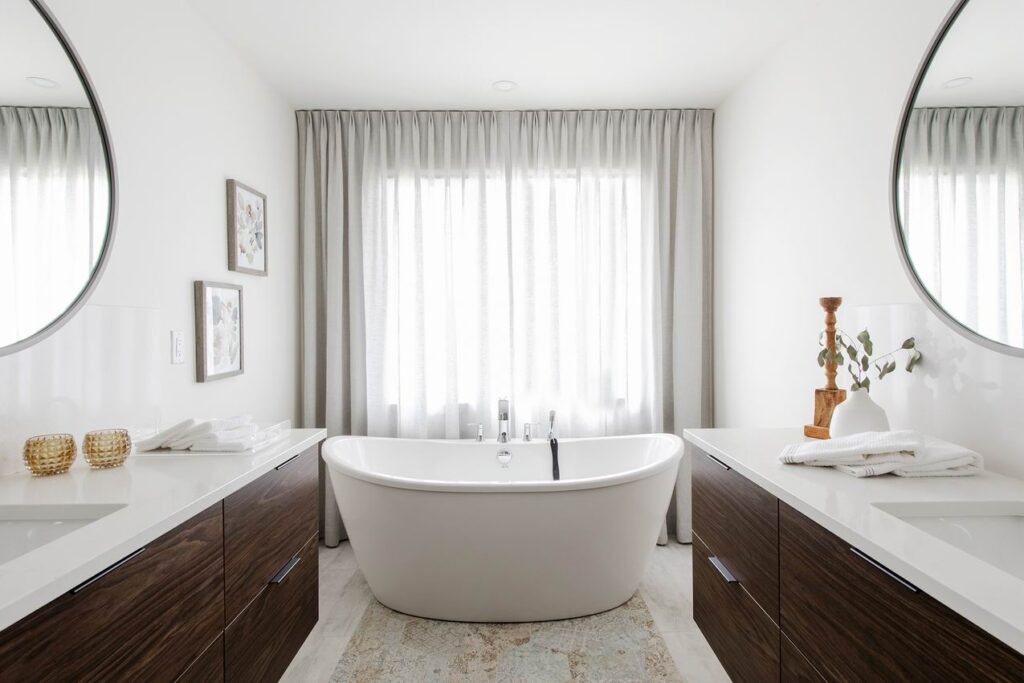 The model is new to Uniform’s lineup, one of eight floor plans designed by Hobin Architecture to update Uniform’s portfolio of 42-foot and 47-foot homes.

“It’s just a refresh of something that’s been working for us for decades now,” says Meyers, “a 2020 perspective on home layouts and exterior finishes.”

Exterior colour schemes have shifted, she says. “They’re a little more dramatic. The colour palette is a little bit darker, a little bit punchier, and people have taken to it.”

Inside, long-time design collaborator 2H Interior Design gives the model home a transitional touch. Meyers describes it as “this interesting play between modern and traditional throughout the house, whether it be in the millwork or the furnishings or the decor accents. It’s just a mix of the two.”

2H co-founder Danielle Hannah felt it was important to think of things that were becoming important to people as they dealt with the new reality of COVID, giving the home a nod to nature. 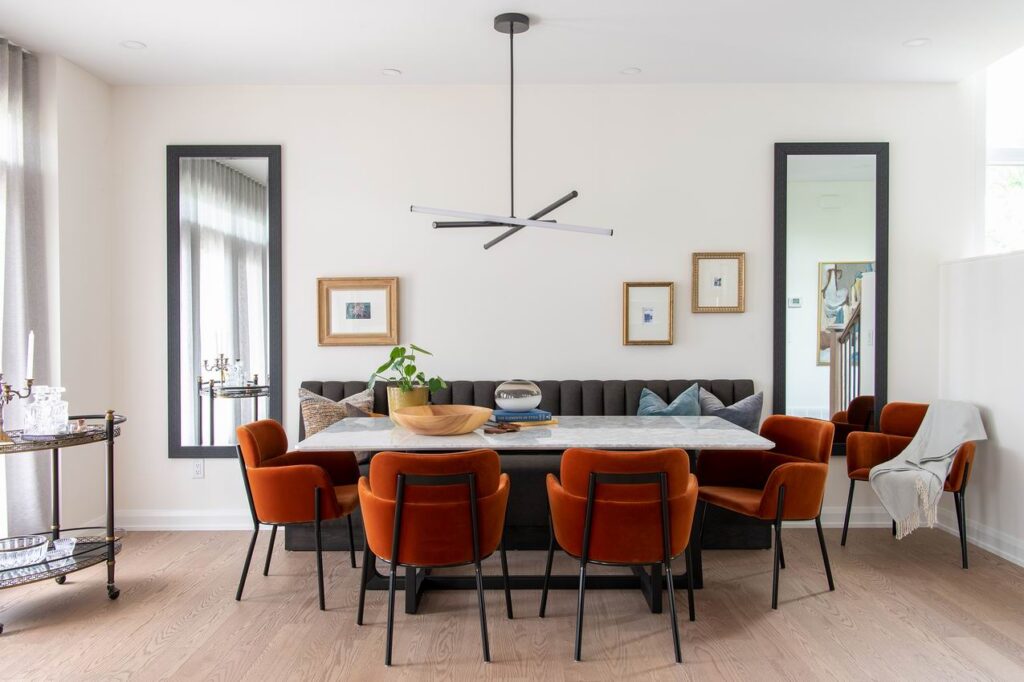 A banquette in the dining room means the table doesn’t take up as much space while still being functional. Photo: Gordon King Photography

“The majority of people come with things that mean something to them and then our job is to collect and curate and make it work together. We wanted to make it feel like there’s someone’s past in this house.”

Despite being designed pre-COVID, the home reflects the changing priorities the pandemic has wrought. 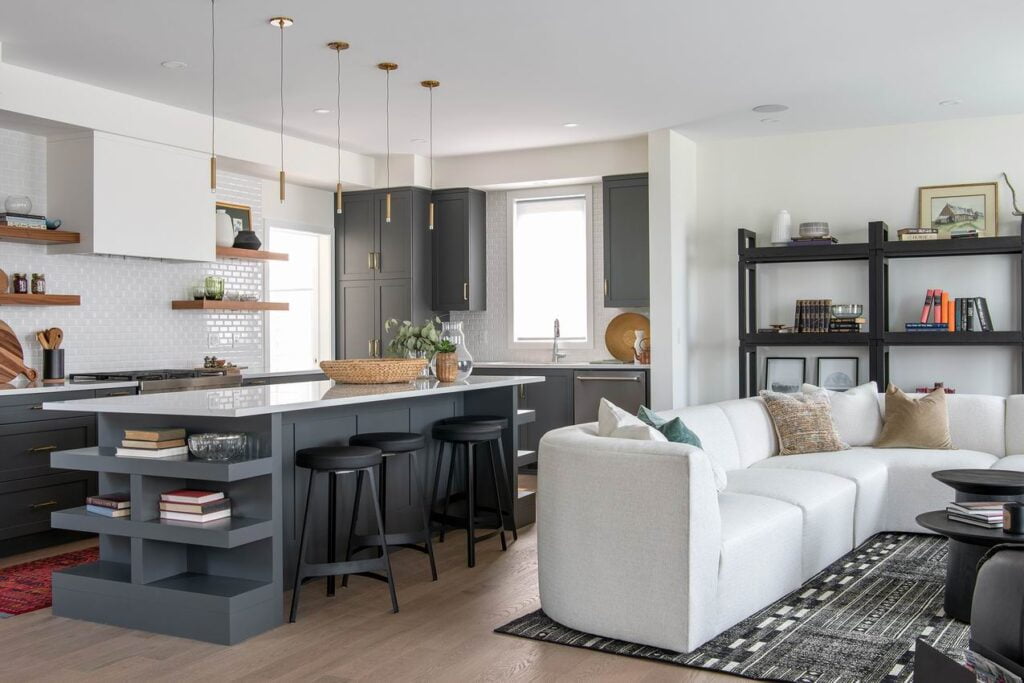 The open-concept kitchen and living room is large, yet feels cosy. Cabinets are grey with a hint of blue (Benjamin Moore Iron Mountain) and open shelving at either end of the massive island gives it the sense of a piece of furniture. Photo: Gordon King Photography

A main-floor den is centrally located for maximum flexibility, yet in the model it stands out from the rest of the home with its moody, dark walls to purposely feel different, making a distinction between work and home.

The rest of the main floor includes an extra-wide hallway (it’s six feet) for a feeling of grand entry to the back of the home, where the open-concept kitchen, living room and dining room offer plenty of elbow room without feeling cavernous, the sense of proportion creating a welcoming cosiness.

“There’s something to be said about taking a big, spacious house and still making it feel like a home,” says Meyers.

The home is large — just over 3,000 square feet without the finished walkout basement — yet “the scale of it is quite cosy,” she says, and she’s right. 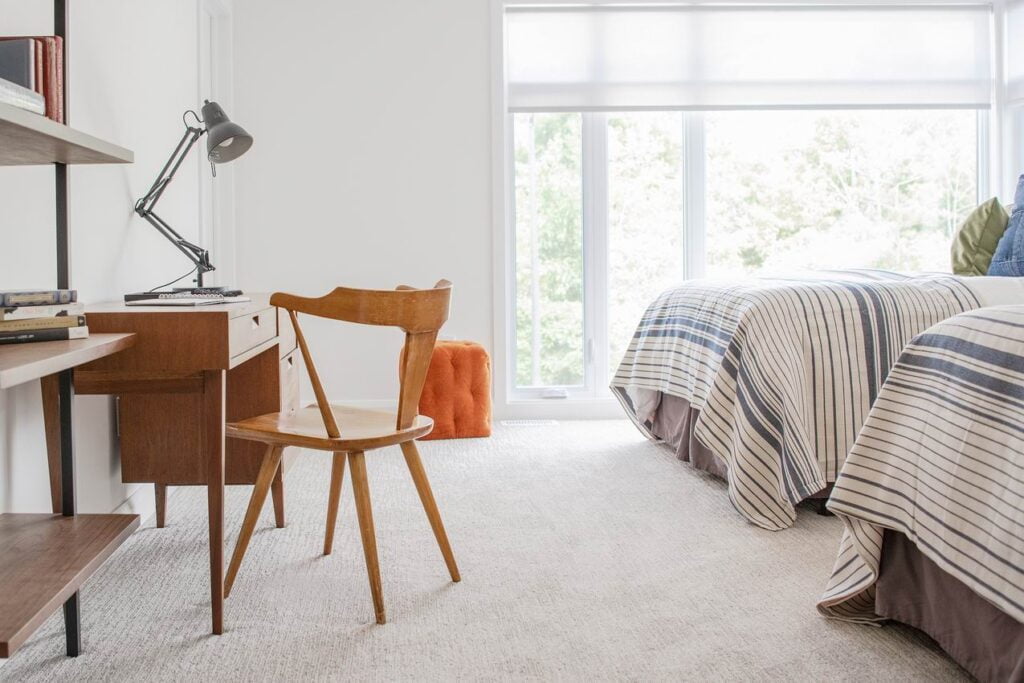 The second master suite, flooded with natural light thanks to the floor-to-ceiling window that wraps around one corner, is large enough to comfortably fit two double beds and a work space. Photo: Gordon King Photography

Upstairs, the four bedrooms benefit from a smart layout that creates privacy for each room, with buffers such as closets or bathrooms offering separation between each. A second master suite would appeal to a multi-generational family, and all the rooms are intentionally large for a sense of balance, Meyers says. “I really think (with) this model there’s a lot of livability to it.”

Hannah adds some pop to the neutral palette with deep hues of navy blue, dark green, burnt orange and black. “I really like using black as an accent,” she says. 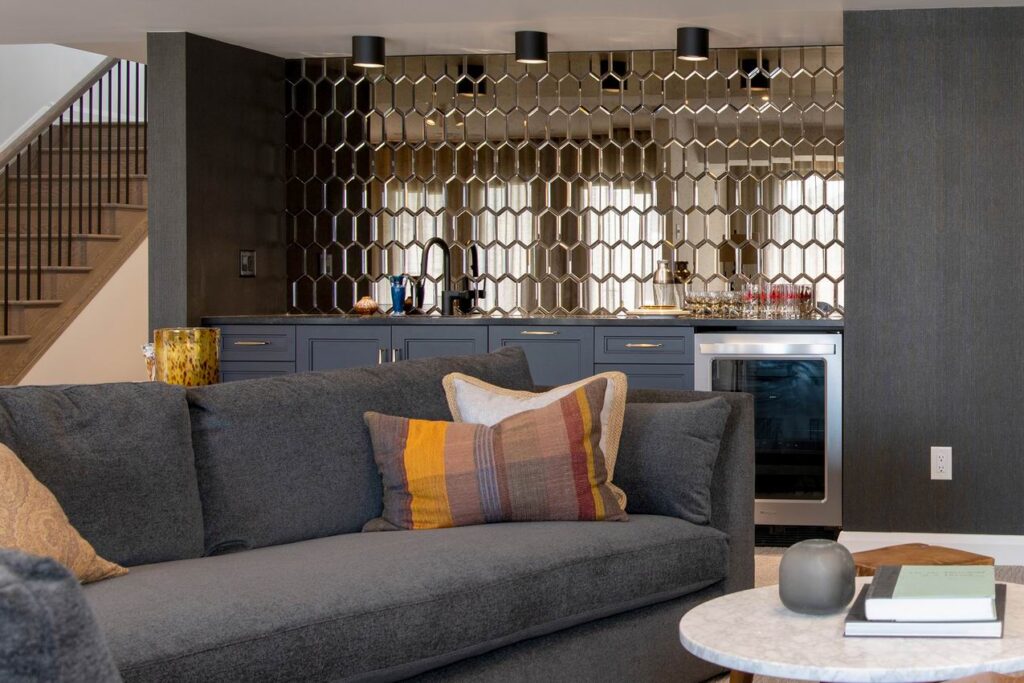 A metallic backsplash in the wet bar and dark wallpaper add some pop in the walkout basement. Photo: Gordon King Photography

There are a few design surprises throughout, like the wallpapered ceiling in the powder room, subtle (and not-so-subtle) geometric touches and, in the basement, metallic backsplash tile in the wet bar and a juxtaposition of dark and light tones to create a focal wall of sorts.

The home is open by appointment or can be toured virtually. 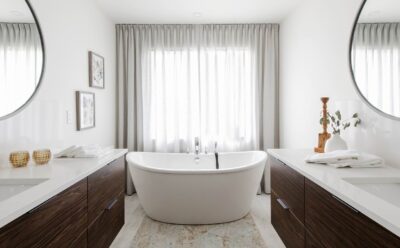