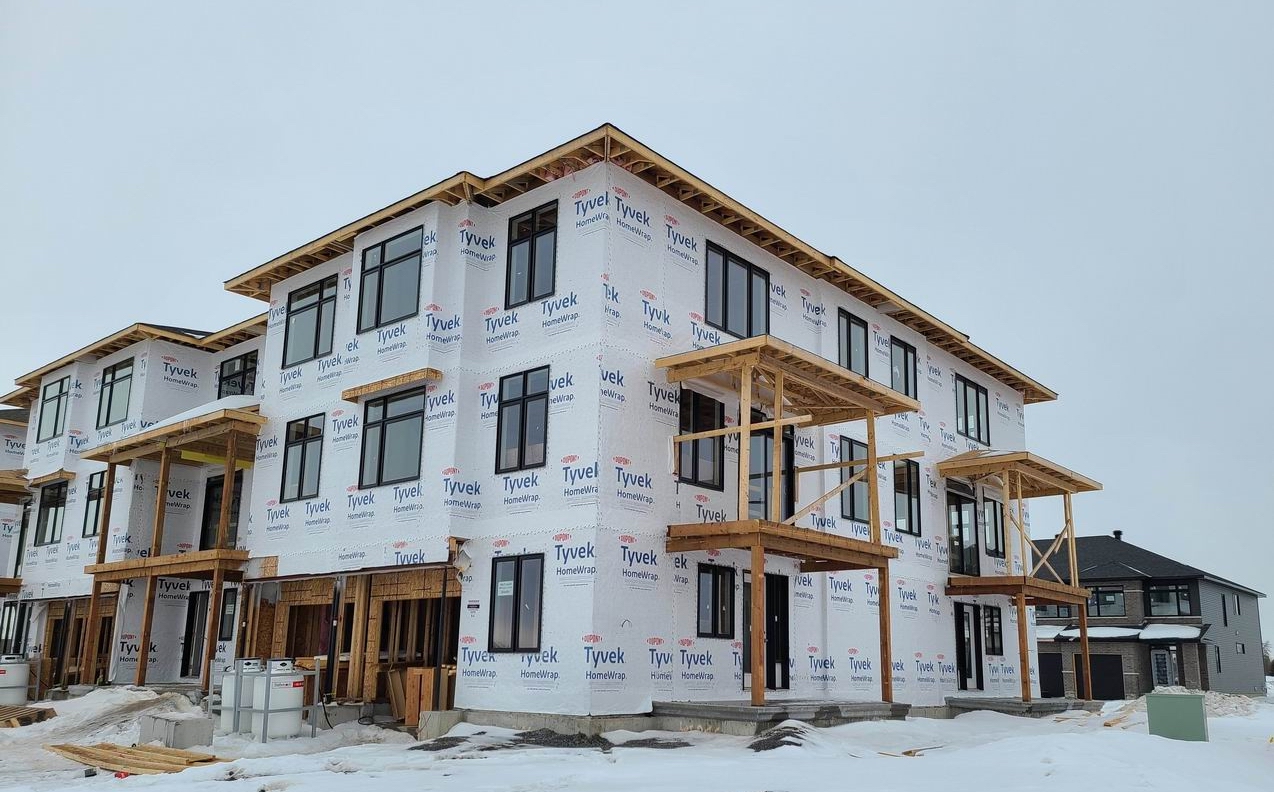 Photo credit: AllThingsHome.ca
The 656 new homes sold in February were just two shy of the highest February in more than a decade.

Buckle up Ottawa — if February 2022 new-home sales are any indication, the traditionally hot spring housing market is starting early this year.

Figures from the latest monthly report by PMA Brethour Realty for the Greater Ottawa Home Builders’ Association show an unusually strong February, with 656 new-home sales. That’s almost 35 per cent higher than last year, 30 per cent higher than the five-year average, and on par with the highest February in more than a decade — 658 homes sold in February 2020, when Ottawa’s housing market was on fire just before the start of the pandemic forced it to a screeching halt.

“Ottawa’s spring buying season could be starting early this year,” says Cheryl Rice, who is president of PMA’s Ottawa office. She notes that the current sales trend “is not dissimilar to 2020 pre-pandemic sales, when both February and year-to-date sales also exceeded the five-year averages.” 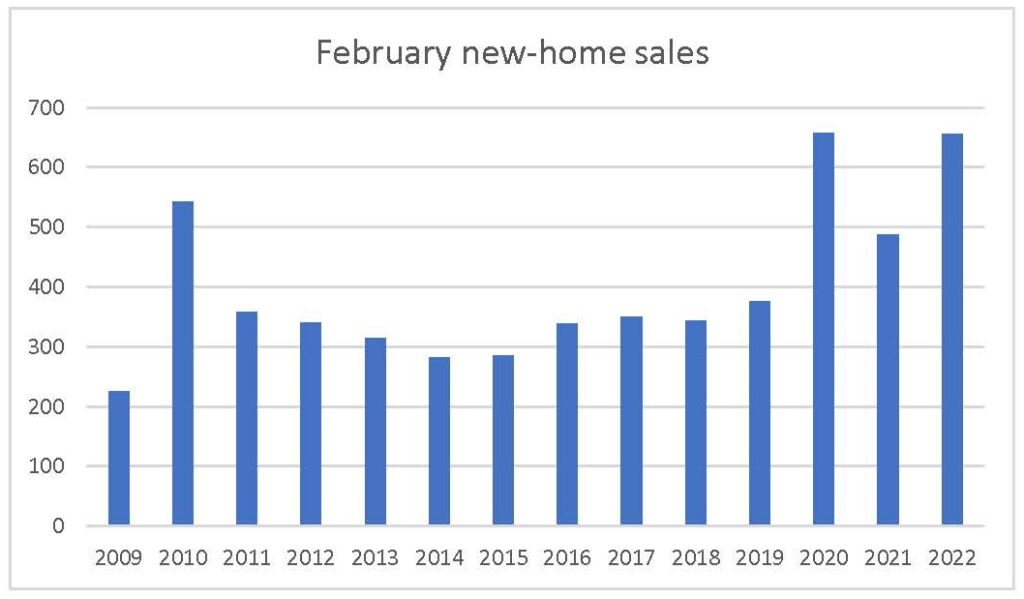 New-home sales in early 2020 were fueled by strong demand created by immigration, jobs, investors and a strong motivation to buy now rather than wait, she says, but there are other factors also influencing buyers this year.

“The buyer fatigue that was felt in the latter part of 2021 has been replaced — temporarily — by a renewed motivation to buy now. Seemingly unyielding buyer demand is fueling housing sales, despite the significant price increases.

“Prices for most new-home products are around $100,000 more than in 2021, and even at those higher prices, buyers are scooping up product as quickly as it’s released, leaving many new-home projects temporarily or completely sold out of some product types.”

She notes that while higher prices have created a barrier for many first-time buyers, “we’re not yet seeing strong push-back from the remainder of the market.”

It was a similarly strong February in the resale market, which saw a 52-per-cent jump over January, according to the Ottawa Real Estate Board.

Rice attributes several factors to the current heightened demand for new homes, including:

Easing of most pandemic restrictions: “(This) is a big step in the reopening of our economy, creating an air of optimism.”

Rate hikes: “Higher inflation rates and interest rate increases are a growing concern for potential buyers, as these will weaken the buyer’s purchasing power, hitting them where it hurts — their day-to-day living expenses and the financing of their new home. The rate hikes are the strongest motivator for purchasing now, despite the higher price point for a new home.”

The south end continued its reign as the most popular region of the city to buy, claiming 55 per cent of market share, while Minto Communities recorded the most sales (24 per cent). Rounding out the rest of the top five builders for the month were Claridge Homes, Richcraft Homes, Mattamy Homes and Caivan. 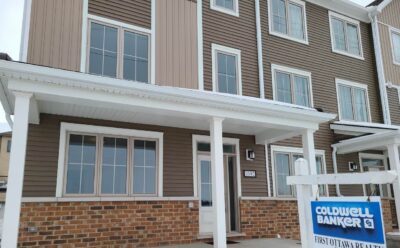