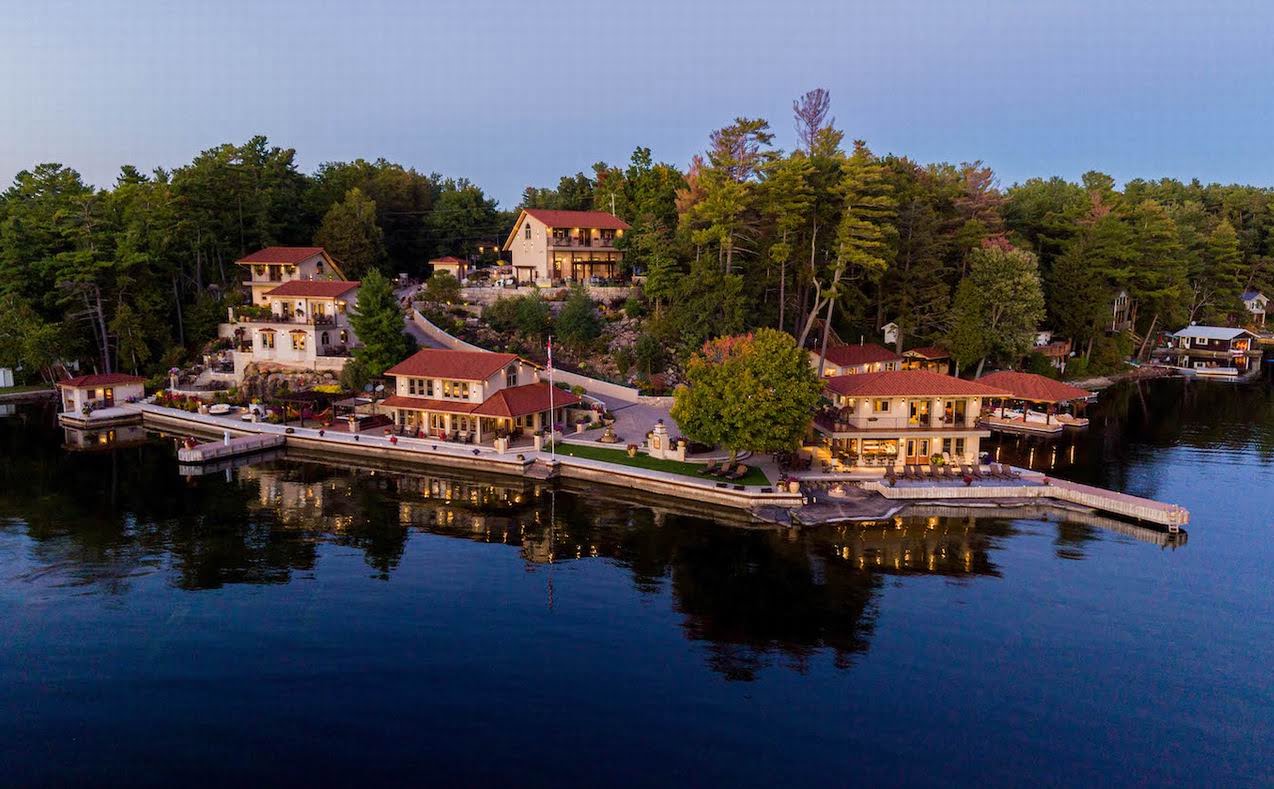 Photo credit: dreamproperties.com
The most expensive listing currently is this Charleston Lake retreat, which offers six villas and four other buildings rather than a principal house. It’s listed by Marilyn Wilson Dream Properties for $12 million.

The sale of an almost $5 million home last year has helped propel Ottawa’s luxury home market into the spotlight.

Much like the rest of the Ottawa real estate market, which has been sizzling for some time — even as we battle the disruption caused by the COVID-19 pandemic — our usually sedate luxury market has been hopping.

“The market is so hot, everything is selling,” says luxury real estate queen Marilyn Wilson of Marilyn Wilson Dream Properties and Christie’s International.

The bustling activity prompted the Ottawa Real Estate Board (OREB), which typically doesn’t say much about the luxury market, to note in its monthly release of market activity this January how a boom in high-end sales was skewing the overall average price increase.

“There was considerable movement in the upper end of the market, which caused a bit of an anomalous outcome in average price percentages,” OREB president Debra Wright said in a release. “For example, there were 63 sales in the $1-million-plus price range, while last year at this time there were only 16 transactions.”

That followed a report by global real estate firm Engel & Völkers last month that touted how “Ottawa’s $4-million-plus category saw astounding price growth of 10.4 per cent, signalling a new era for the market.”

The sale last September of a $4.85 million home, a property Wilson had listed, prompted more $4-million-plus listings, Engel & Völkers said in its report.

And the Ottawa market even caught the attention of the New York Times, which reported in January on how, after lagging behind other cities for years, Ottawa has seen prices balloon.

For the year as a whole, OREB says there were 729 luxury home sales (meaning homes priced over $1 million), more than double the 354 sold the year before. The top 10 ranged between $2.75 million and that $4.85 million home and were sold in Rockcliffe Park (five homes), as well as one each in Rothwell Heights, McKellar Heights/Glabar Park, the Glebe, Barrhaven and Manotick. 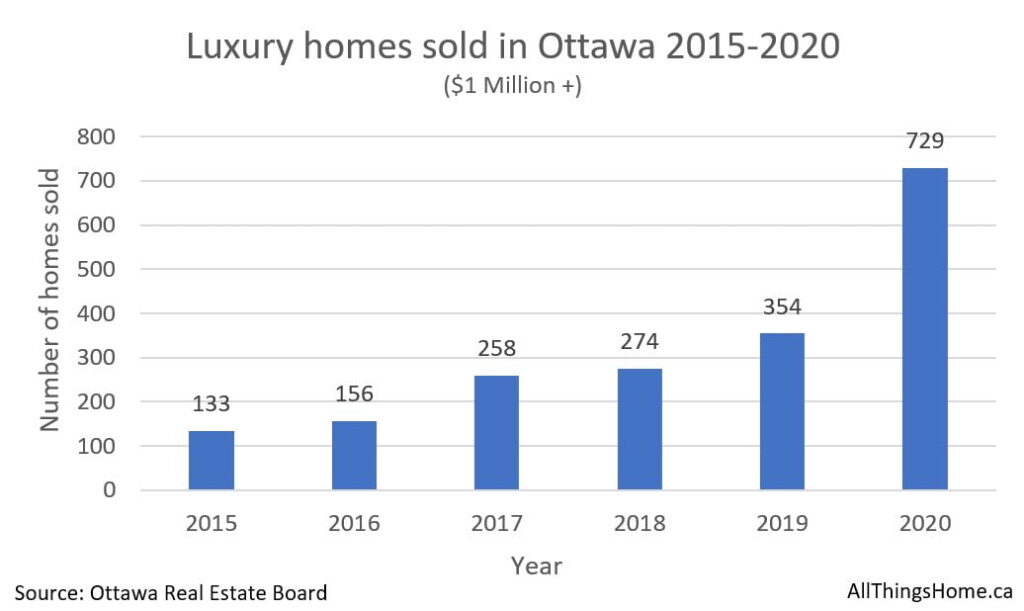 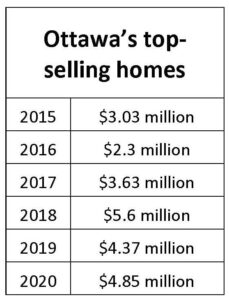 So, why are we seeing such activity in the luxury market?

“Ottawa’s been long overdue to see a correction in prices,” says Tony Rhodes of Coldwell Banker Rhodes & Company. “Prices in Ottawa were pretty flat for years and… there’s a lot of cash on the sidelines right now.”

There are a few things at play, adds Realtor Reba Wilson, also of Dream Properties. We are still seeing international buyers, who might be coming to Canada, quarantining and then buying, there are returning Canadians, there are buyers migrating from other overheated cities in Canada, and people are upsizing.

“We’re seeing a lot of people who’ve downsized previously… who are now saying, ‘Well, my family’s returning, my older children are returning back to the house, let’s upsize.’”

While COVID might be the catalyst, says Marilyn Wilson, “Ottawa was positioned to go up in price and move quicker with the days on market.” 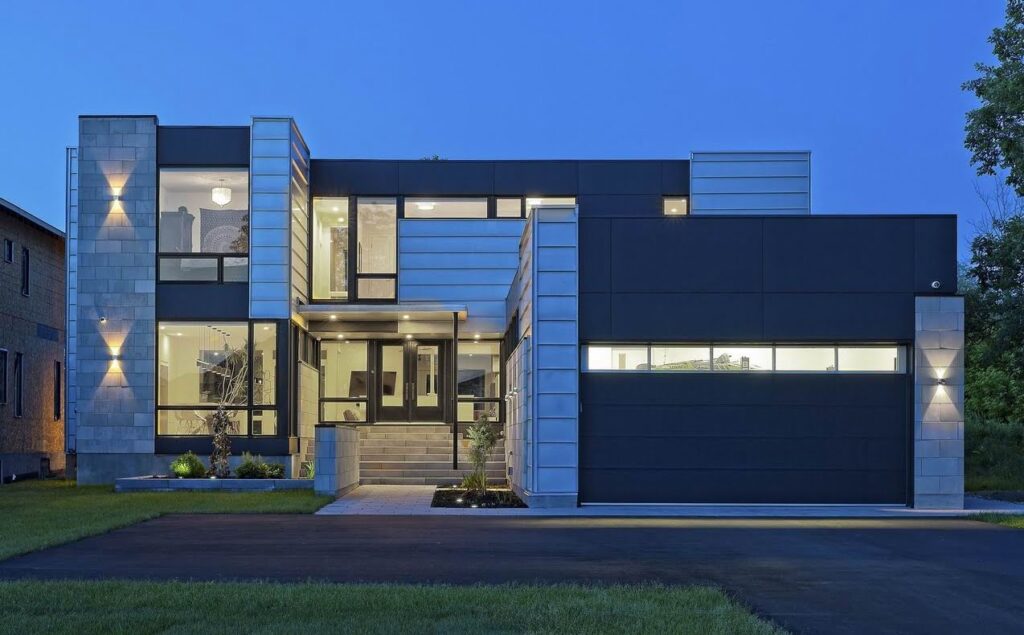 A home with a view is an important feature for many, like this waterfront property listed for $2.489 million by Marilyn Wilson Dream Properties. Photo: dreamproperties.com

Rhodes also puts it down to a change in attitude, along with a healthy dose of residents who can afford the luxury lifestyle.

“There’s always been money in Ottawa, but I think it was frowned upon, if that’s the right word, to live lavishly,” he says. “People just realize now it’s not a stigma to build a beautiful big home and spend $3 million to $5 million.”

What is luxury these days?

While OREB still considers the $1 million threshold as the luxury starting point, others are not so sure. After all, we’re starting to see production homes in the suburbs topping the $1 million mark.

It depends on the neighbourhood, but both Marilyn Wilson and Rhodes peg the luxury market today starting at $2 million.

And even then, Reba Wilson points out that luxury “is whatever is an upgrade and special for you.”

Jenniffer Alvarenga of Lifestyle Homes Ottawa agrees. She finds buyers right now “are more focused on quality than quantity,” and show a high level of sophistication. “Buyers are doing more research on their homes when it comes to luxury and what they want and focusing on details more than before.” 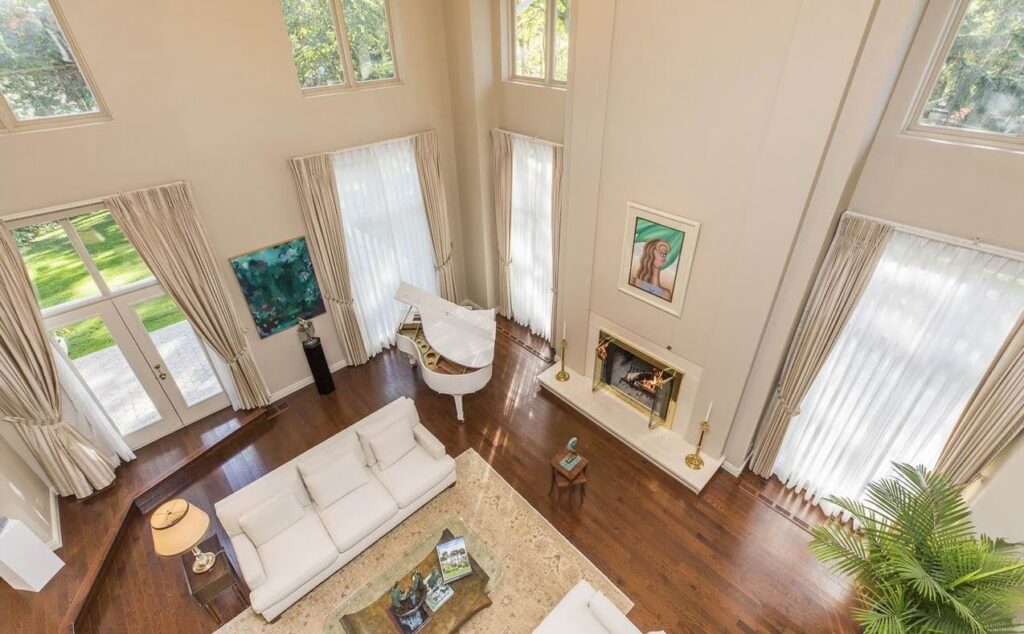 Luxury “is not a price point,” adds Deb Cherry of Engel & Völkers’ Ottawa Central office. It’s more about the features and finishes than simply size.

A key component is privacy, says Reba Wilson, whether that’s a large lot to offer space around neighbours, or having enough space in the home so that family members can have privacy from each other. Privacy, she feels, will continue to be the new luxury even post-COVID.

Other things luxury buyers are looking for? It basically comes down to “amenities,” says Marilyn Wilson, whose firm sold six of the seven most expensive homes in Ottawa last year. Resort-style living at home with good internet service is key, particularly if it’s a rural home. Ultimate kitchens, spa-like bathrooms, home gyms, home theatres, home offices and not quite so much open concept are also important, she says. A view is also key, adds Reba Wilson. “You’re at home all the time so you need something.” 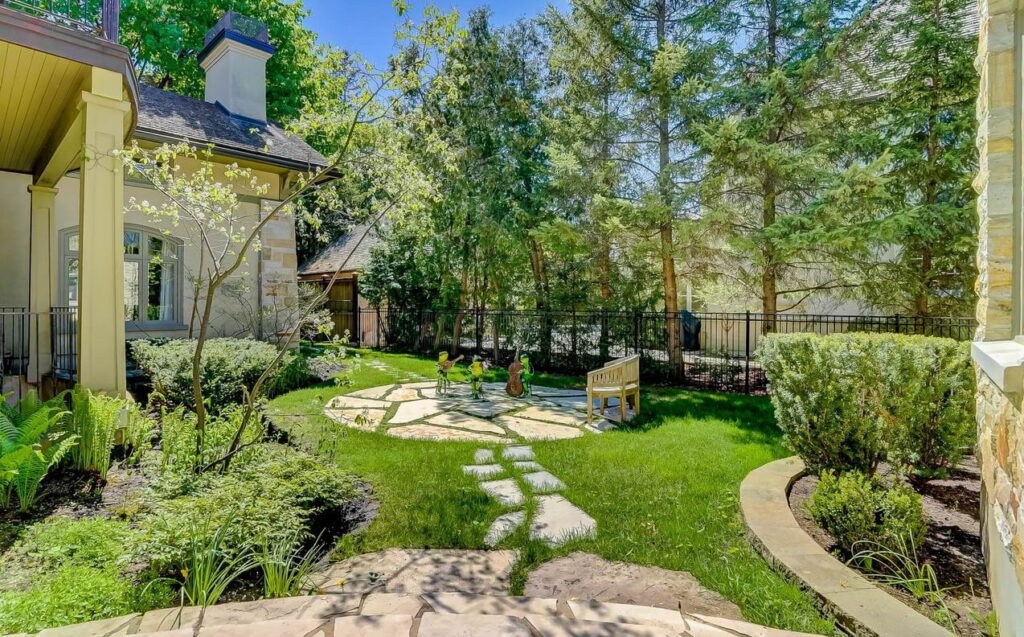 And many of her clients “are thinking of bringing another generation into the house so their hub can be expanded, where they never would have thought that before COVID.”

She doesn’t see that changing post-pandemic, citing many clients who had downsized and planned to travel now reassessing their lifestyle and seeking a home with space and amenities. “People aren’t just thinking for the immediate future. They’re thinking where they want to be in a few years from now and they’re acquiring the property now and that’s the lifestyle they want to adopt.”

Engel & Völkers predicts Ottawa homes valued at $1 million or more will grow by 15 per cent in 2021, driven by upward pressure in the under $1 million category. That’s higher than predictions for the other cities the report focuses on: Toronto, Montreal and Vancouver. For the country as a whole, the company predicts a seven per cent increase in $1-million-plus homes.

Alvarenga is already feeling the push. In the first 15 days of 2021, her firm had seen as much activity as the whole second half of last year. “We haven’t stopped working.”

Adds Marilyn Wilson: “It’s going to be an active year… Our time has come.” 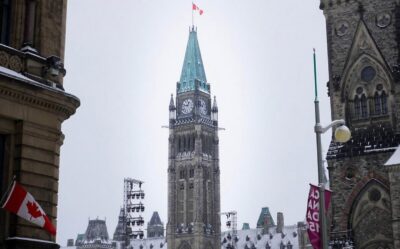 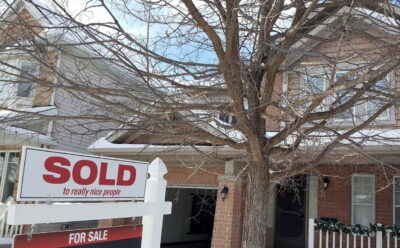